The tifosi are split on which one-day race is really more important – Sanremo, ( the “Italian” world championships) or the real World’s in October. What makes this race so special? Sure it’s the start of the World Cup, but it goes much deeper than that – here’s what Maurizio Fondriest, Stefano Garzelli, and Michael Barry (and some of his US Postal teammates) had to say… 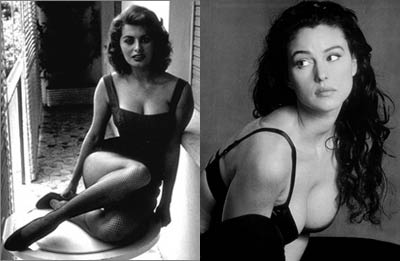 Like Sophia Loren and Monica Belluci, the beauty of Sanremo appeals to many generations. 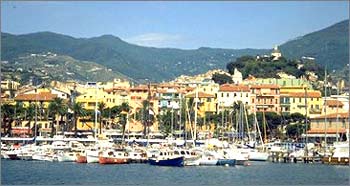 Maurizio Fondriest calls the race “the most loved classic in the world because it’s the first classic that’s raced in Italy and therefore is the most anticipated.”
When asked about the obstacles of the race, he says: “The Cipressa and the Poggio are the most difficult, but only on the Cipressa can one get away solo and win. On the Poggio there are more possiblities. Racers with a fast finish, like me, can succeed in following the wheels.” And for the secret to winniing this year’s event, he predicts: “This year riders such as Bettini, Figueras, Pozzato, Frigo, Rebellin, and Boogerd have to make the race harder before the Cipressa if they want to avoid taking Cipollini to a sprint.”

Stefano Garzelli, former Giro winner, won’t be racing at san remo, but expects to start his season on April 23rd – probably at the Giro del Trentino. What makes the race so special?
SG – “Milano San Remo is a very unique and loved race, especially for we Italians there is a lot of motivation; it’s the first race of the World Cup, it’s the world champion- ships of the spring, in this time of the year everyone is going really well and almost all of the champions are on the course. It’s important psychologically as well, because, above all when you arrive at the sea, you have to hold the best position in the group for many kilometers to avoid the eventual falls that would take you out of the race. It’s the debut for those who have something other than the ability to win a sprint finish, those who can make the difference on the Poggio and can arrive on the Via Roma alone, even if that hasn’t happened for several years. This race is special for the Italians because it’s always beautiful to win, but to do so in front of your home crowds is even more beautiful, to win Milano- San Remo will make your career a success.”

And regarding the importance of the finishing hills?
SG – “The Cipressa is more important than the Poggio, however the last time that an attack there succeeded was when Gabriele Colombo won; on the Cipressa, every acceleration and every attack are dangerous and could result in the win.”

We also got in touch with US Postal’s Michael Barry (who is getting ready to join Lance at Setmana Catalana in a few days), who polled some of his teammates about the race. With George Hincapie on a full rest, and Lance not lining up in Milan, the team’s leader will be Max Van Heeswijk, with support coming from Ekimov, Antnio Cruz, Benoit Joachim, Mikhailov, Padrnos, Victor Hugo Pena and Matt White.

How is this race different?
MB- “I have never ridden the race before but have spoken with several of my teammates about it and they all say it is a really cool race-good atmosphere, nice weather (usually) but also a really long day in the saddle. …it is very nervous, especially towards the last few climbs.”

Key points in the race?
MB – “Attacks have succeeded in the past but it is generally not hard enough for one guy to make a big enough accleration to go away alone. Nowadays, most of the field can climb the hills really well and therefore there is frequently a big group at the finish. Matt White was telling me the climbs aren’t that tough on paper but half a day in the saddle they hurt quite badly. In training the would be rolled over easily in the big ring.

Favorites to win?
MB – “In Mucia, Zabel was riding extremely well in the hills and also tacking on 50 km before and after every stage in preparation for Milano San Remo. I think SanRemo is now a sprinters race. But the sprinters still need to be flying fit to make it to the end and over the hills.

There you have it – the count down is on – see you in Milan on Saturday morning!