It’s with much sadness that PEZ reports the passing of Canadian Cycling Legend, Jocelyn Lovell on June 3rd at 65 years of age.

‘Controversial,’ ‘out spoken,’ ‘colourful,’ are all adjectives which have been used to describe the sleek, blond kilometre specialist but for me he’ll always simply be, ‘one of the coolest.’ Always immaculate, slim and long limbed; astride a track bike with that beautiful pale blue with white sleeves and maple leaves Canadian national jersey on his back he looked like he’d been born to perform the role. 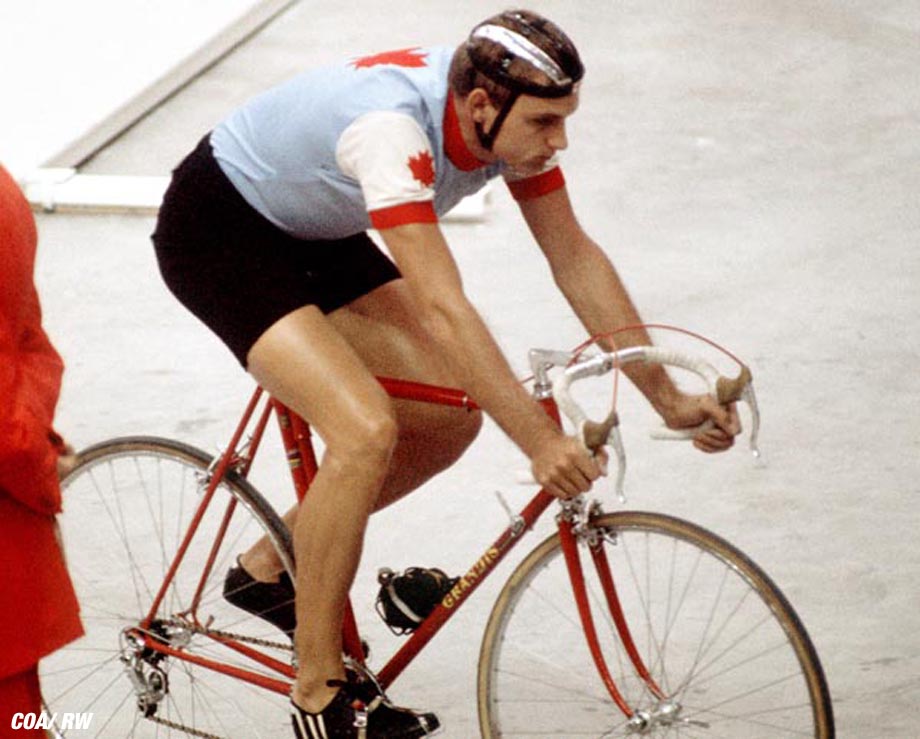 Norwich, England was his place of birth on 19:07:1950 to an English father and Danish mother – who gave him that blond hair and piercing blue eyes. The family moved to Canada in 1954 with Lovell starting racing at the age of 13 and whilst still a teenager he rode the 1968 Mexico Olympics, finishing sixth to Pierre Trentin in the kilometre with a 1:05:18 to Frenchman’s 1:03:91.

Edinburgh, Scotland and the Commonwealth Games in 1970 saw him take his first major international win, breaking away with Scotland’s own Brian Temple and Vernon Stauble (Trinidad) in the 10 mile, the young Canadian left his two breakaway companions to take gold – to go with silver in the tandem and bronze in the kilometre. 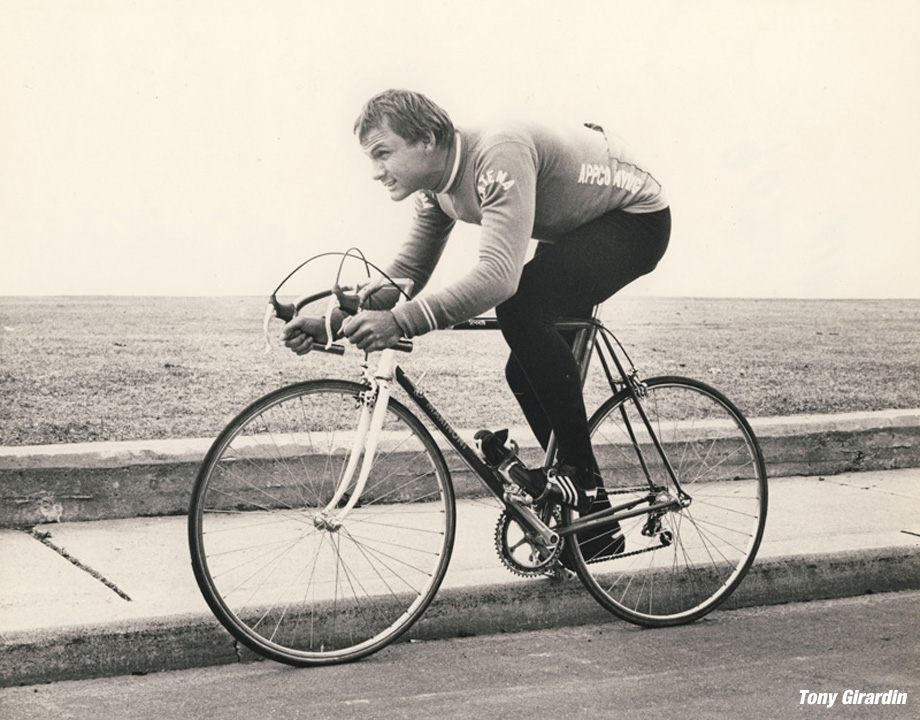 The following year saw him take gold in the kilometre at the Pan Am Games in Cali, Colombia, beating Leslie King of Trinidad who had won silver ahead of him in Edinburgh, the previous year. Lovell rode the 1972 Olympics in Munich but was a distant 15th in the kilometre behind Niels Fredborg (Denmark).

The 1974 Commonwealth Games should have been another major stage for Lovell but prior to the Games he had his most notorious brush with authority – he was suspended for pinching cookies from a hotel linen cupboard whilst on a training camp and missed the Games as a result. 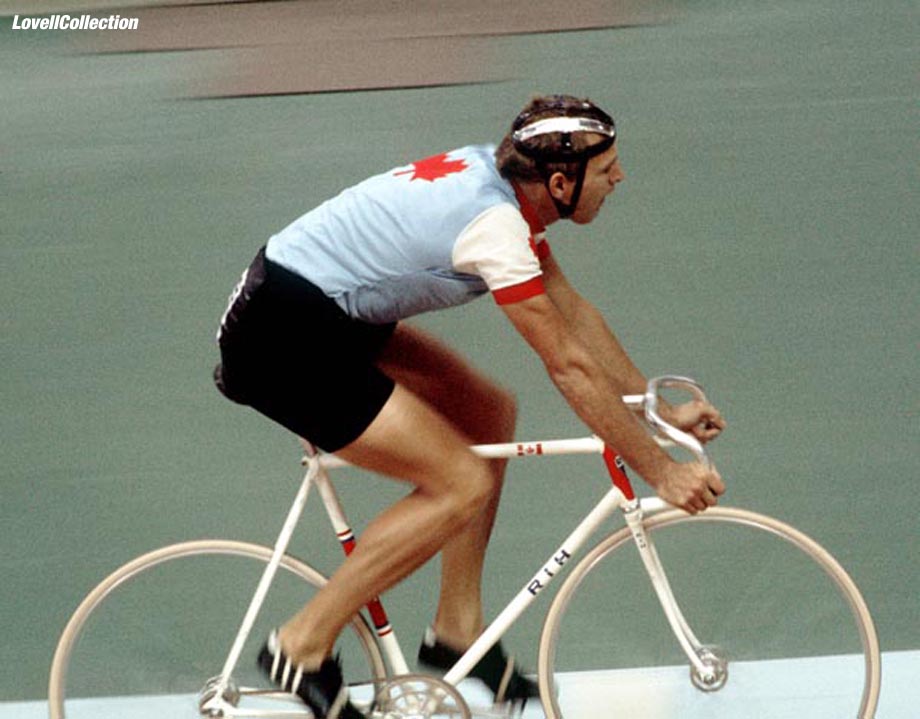 In the following year’s national championships he won medals in just about every discipline to remind the ‘powers that be’ of what could have been in Christchurch, New Zealand. That year, 1975 saw another gold in the Pan Am Games kilometre in Mexico City, beating David Weller (Jamaica) and setting a Games record for the event which would stand until 1999.

The 1976 Olympics in Montreal again saw Lovell unable to translate his huge talent into medals, finishing 13th behind Klaus-Jurgen Grunke in the kilometre. But his greatest achievement was yet to come; in the 1978 Commonwealth Games in Montreal he won three gold medals; taking the kilometre in 1:06 from Australia’s Kenrick Tucker; the tandem sprint with Gordon Singleton, beating England’s Dave Le Grys and Trevor Gadd and repeating his 1970 win in the 10 mile from a certain Shane Sutton breaking his own Games record of 20:46 in the process with 20:05. 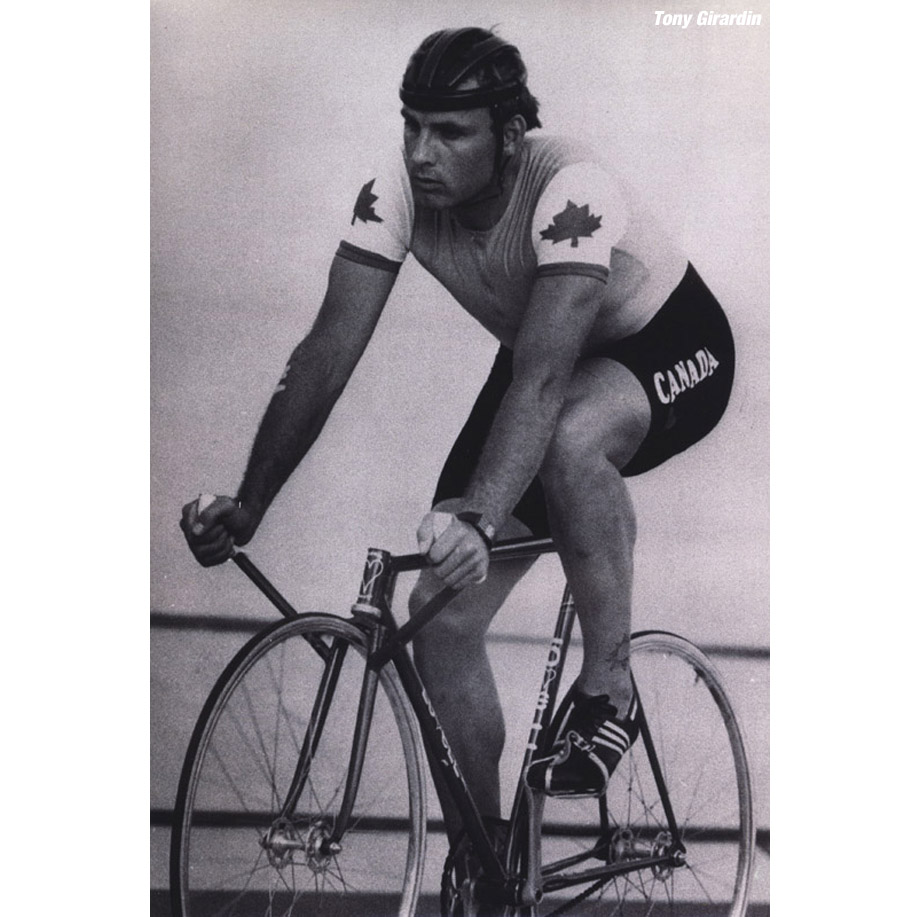 There would be more glory too in 1978 after the Commonwealth Games he traveled to the World Championships in Munich, where on the fast boards he took silver in the kilometre behind 1,000 metre legend, Lothar Thoms of East Germany. That was to be his last major international success albeit he continued to compete and win road and track races in large numbers; with his national championship count totalling 35 – with every national title from track sprint to road race and all events in between falling victim to his speed, talent and fierce determination to win.

But tragedy hit on August 4th 1983 when on a training ride close to his home he was run down by a dumper track, rendering him a quadriplegic – a condition which he would have to endure until his death. The accident meant that after 15 years he was no longer part of Team Canada and had to cope with a new and frustrating way of life. 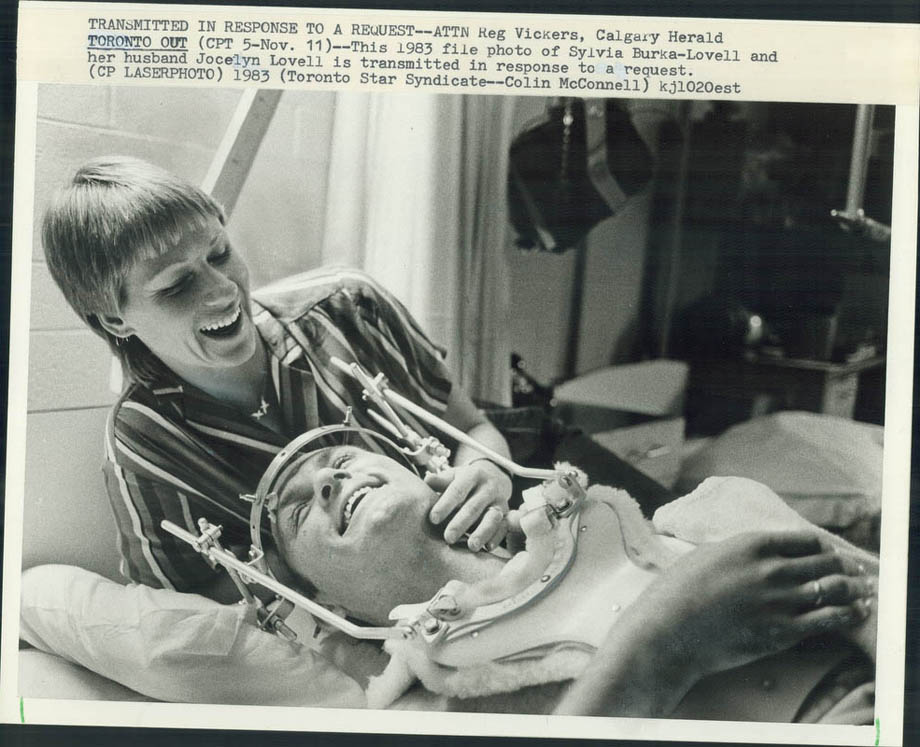 His 1981 marriage to speed skater and cyclist Sylvia Burka dissolved in 1986 but he would re-marry Neil, who was with him to the end. His huge talent and inspiration to a generation of Canadian racers were recognised during his lifetime; he was ‘Canadian Male Athlete of the Year’ in 1975 and inducted into the Canadian Sports Hall of Fame in 1985. 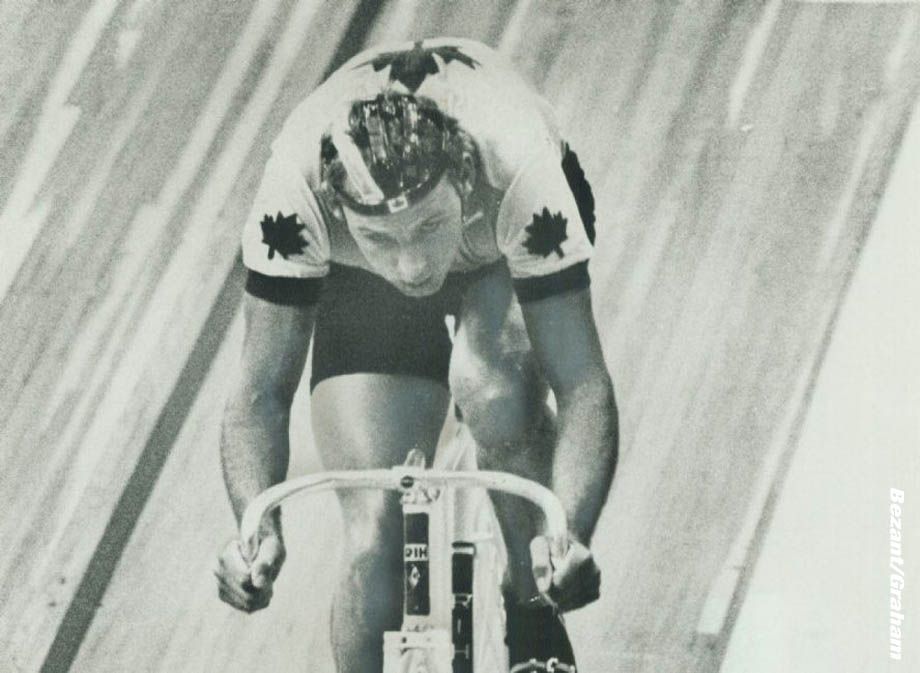 As well as his talent as an athlete, Lovell was also an innovator in bike design and one of the first to embrace the ‘low profile’ design of track machine now accepted as the norm. In 1982 he appeared at the World Championships in Leicester with a machine which had two chainsets – one each side – and two chains to drive the rear wheel, the principle being that he would start on a low gear to give good acceleration into his ride then the bigger gear would kick in once he was up to speed. Unfortunately his innovative thinking would see him finish no higher than seventh with a 1:09 to West German winner Fredy Schmidtke’s 1:05. 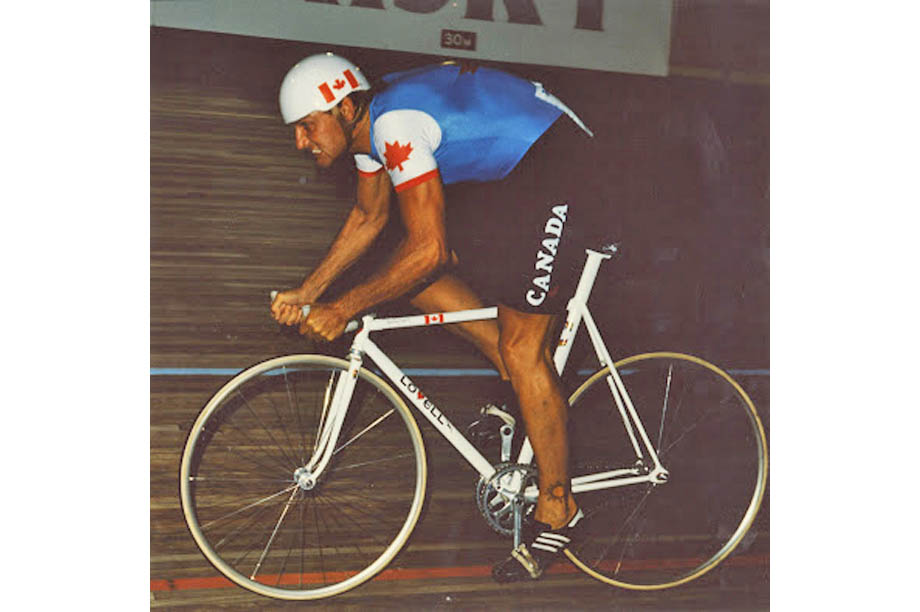 But that was Lovell, always looking for the edge.

Jocelyn Lovell, multiple Canadian, Commonwealth and Pan Am Games champion; World Championships medalist; stylist and innovator – but above all, his own man, born 19th July 1950, died 03rd June 2016, may you rest in peace. 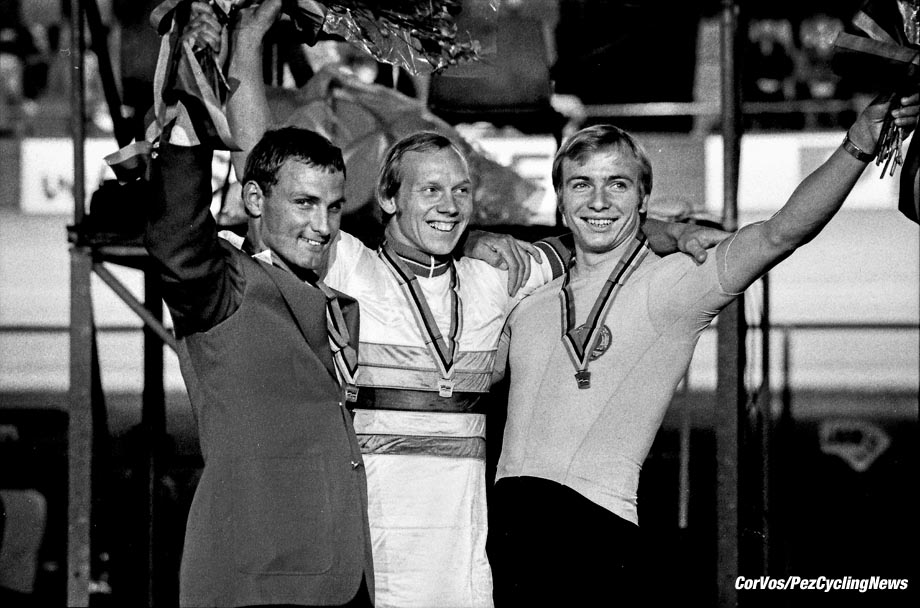