The Italian Fall races are underway, and the next two week’s Giro dell’Emilia and il Lombardia always deliver great racing. Emilia’s gut-busting finish atop the 20% climb to San Luca is for tough guys only, and our own tough guy Ale Federico knows this race better than most – here’s a look back to his 2010 report…

Roadside Report 2010: Last Saturday I visited Bologna, one of the most interesting cities in Italy. It’s not the most famous, and it’s even far to be one of the most beautiful or culturally elevated here, but certain is one of the few where a stranger can feel to be at home. I’ve been never a “Bolognese” in my life, I’ve never been here for more than few hours but I can’t hide that this is my city too.

I came to Bologna to chase the Giro dell’Emilia and to eat tagliatelle and slices of prosciutto and to live a day out of normal working days routine face by face with riders and their raw work. On the San Luca climb nothing can be hidden! 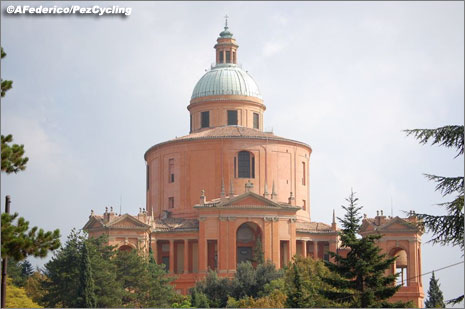 Six years ago, when I first sent in a Giro dell’Emilia roadside to PEZ, I believe this event was barely known in North America. I wasn’t so sure it could be published, but PEZ is the right place to experiment and the story was there, just a few days before the Worlds in Verona. It was 2004. 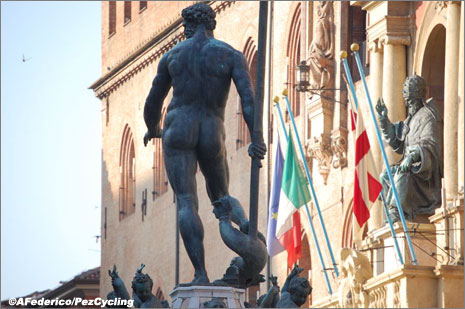 Nowadays, PEZ is covering this ancient and spectacular race with a race day report (a perfect piece by Alastair by the way!), several PeloPics, and my Roadside Report. But I’m quite sure that, when other Pez journos will understand how beautiful and friendly is Bologna, it will be hard to be appointed for Emilia again! 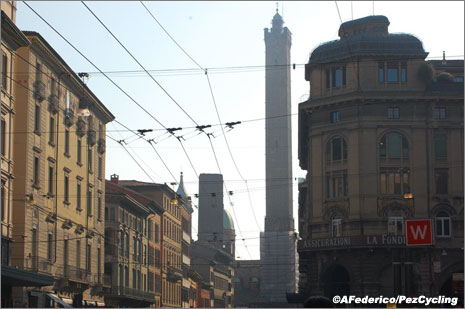 The race departure was moved this year into Bologna’s downtown. It was quite a risk (traffic issues), but really it was a great opportunity. There’s nothing better than waiting on riders surrounded by monuments and distracted by Saturday morning life in a city. The weather was nice and temperature well over the normal for this time. When the big motor homes started to come it was half past ten in the morning, a beautiful morning. The Bolognesi were taken by surprise, but they were not really complaining about the mess in their city; most of them were barely realizing the event. So, while people move towards the Saturday’s market, or rove around looking into the boutiques, cyclists comes down from the cars and start to prepare for departure. 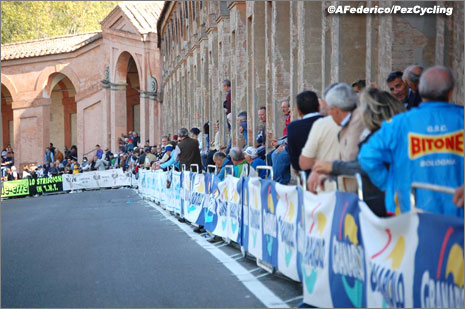 Under the arches (Bologna is the city of the arches), race issues and normal day routine mixes in an unique event. I have the opportunity to meet the Pez friend Diego Caccia – “Do not wait for me today, I’m tired. I had a very long season and I’m looking forward to vacation time”. “Next year I will ride again with Visconti, the Italian champion. He asked for me and it’s satisfactory to work hard for someone who understands that work.” 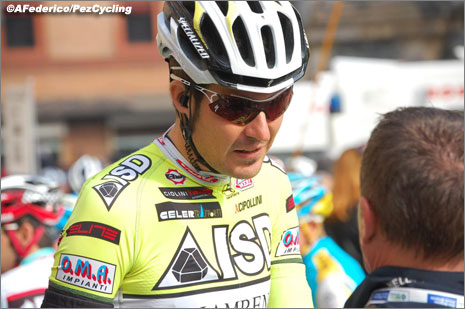 Fine, it’s time to leave. The race is moving to the south to circle the city, where they will do a couple of climbs and be back on the other side, ready to climb five times the San Luca. The final circuit is exciting and a crowd of tifosi every year step under the ancient arches, with any weather to enjoy last hour of the race. Most of the people stop to the Orfanelle, a terrible double switchback with slopes well over 15% (my Audi was suffering with second gear today). 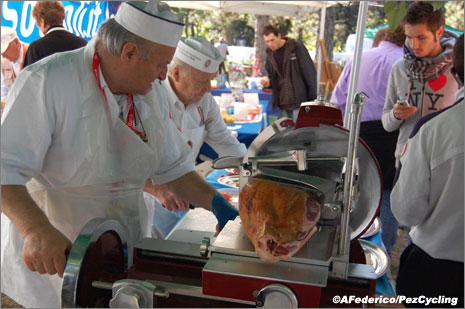 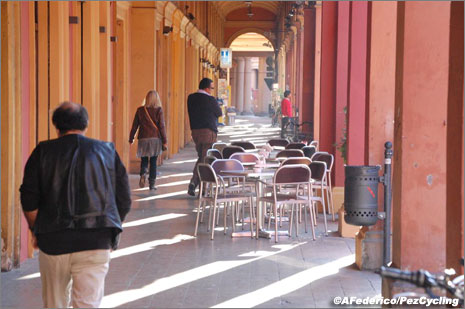 The Giro dell’Emilia organization is so kind to offer a wide taste of local food to every single people being part of the race. Journalists included. My passion are the tagliatelle with ragщ (do you know tagliatelle Bolognese?) and raw prosciutto over everything else. The party takes place in a garden close to the Sanctuary named to the Madonna di San Luca. Usually the priest takes part to the lunch but not this time. When you eat well time flies and the race is already coming back to Bologna. 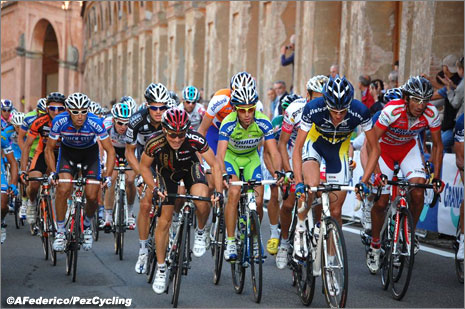 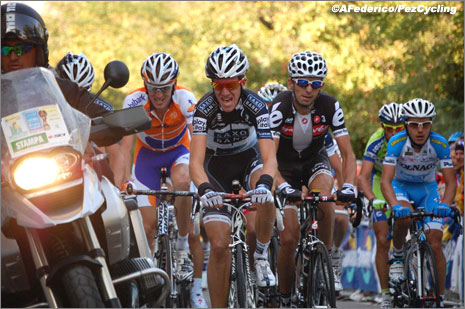 I come down to the bottom covering the 2 kilometres with the idea to climb back again (the car is parked on the top!) to witness the finish. Luckily this race is not covered by a hundred different press agencies and you’ve not to kill someone to reach the finish line (as it happens for most of the big cycling races). Bolognesi are already prepared for the riders. 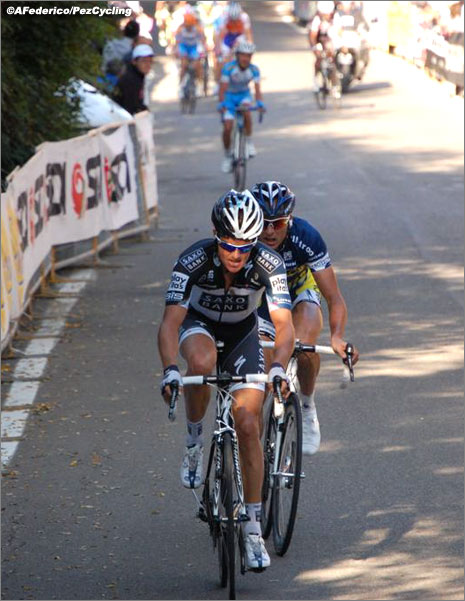 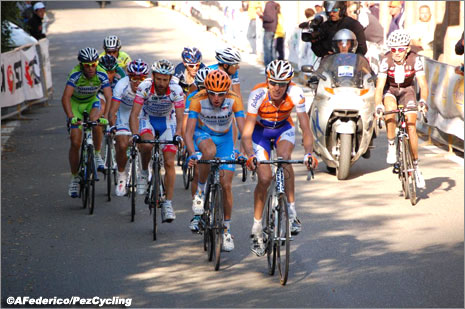 First line champions are a big attraction but, believe me, the lasts reserve the most hidden and cruel show of the day. It seems to be part of an old circus, more close to the gladiators’ sacrifice than to a modern cycling race. No one of the lasts is looking ahead to the top. They turn the look back, they watch the wheel ahead, they try to forget to be on a bike and imagine all above surrounded by screaming crowd hungry of their sufferance. 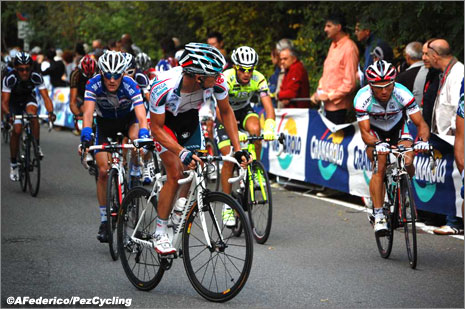 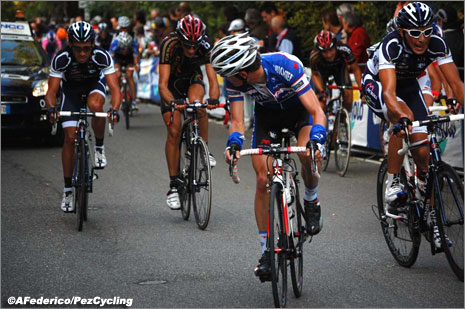 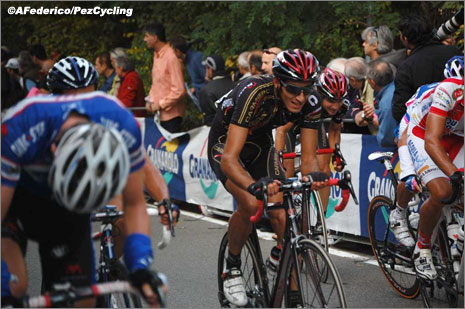 Everything has to finish. The race was over at 4:30 pm local time, when Gesink cried on the finish line in the second year in a row. Nobody did it before since the finish was moved on this climb in the 1998: he can be called “Signor San Luca” now. 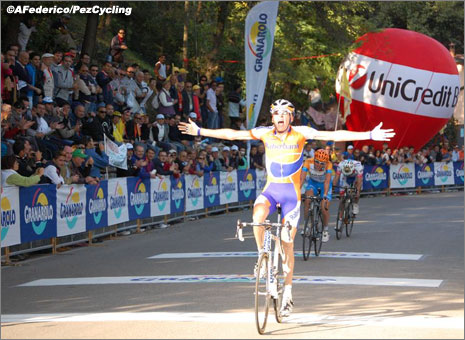 But the end of my story is dedicated to Scarponi. He was third but is one of the nicest riders in the bunch. Never nervous, always fine with everybody. While I was descending with the car he was doing the same by bike. The road was blocked by the big arch of the last kilometre in way to be dismantled. No problem, no any kind of complain by him. He started to make pictures with tifosi and to answer their questions. The end of a great race. The end of a special day. 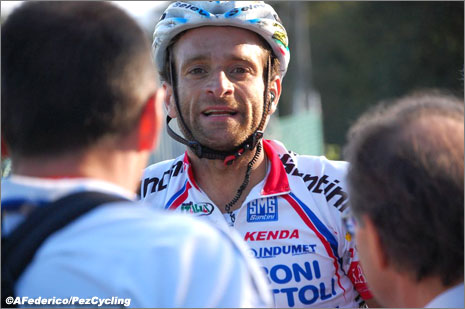 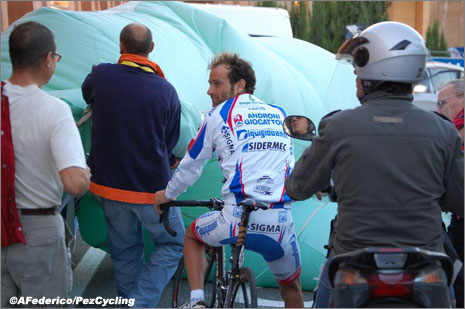 See you next week for Il Lombardia!

PEZ KIT: Style Up For Fall!