Obituary: It was with sadness that we learned of the death of Mr. Ron Webb, professional bike rider, father of the modern six day format and track builder of renown. My friend, Phillip, ‘Pip’ Taylor has written a comprehensive and eloquent tribute which we reproduce below. There have also been many tributes sent to us by his friends around the globe, including former world champion riders. We will reproduce these in a further tribute over the next few days. 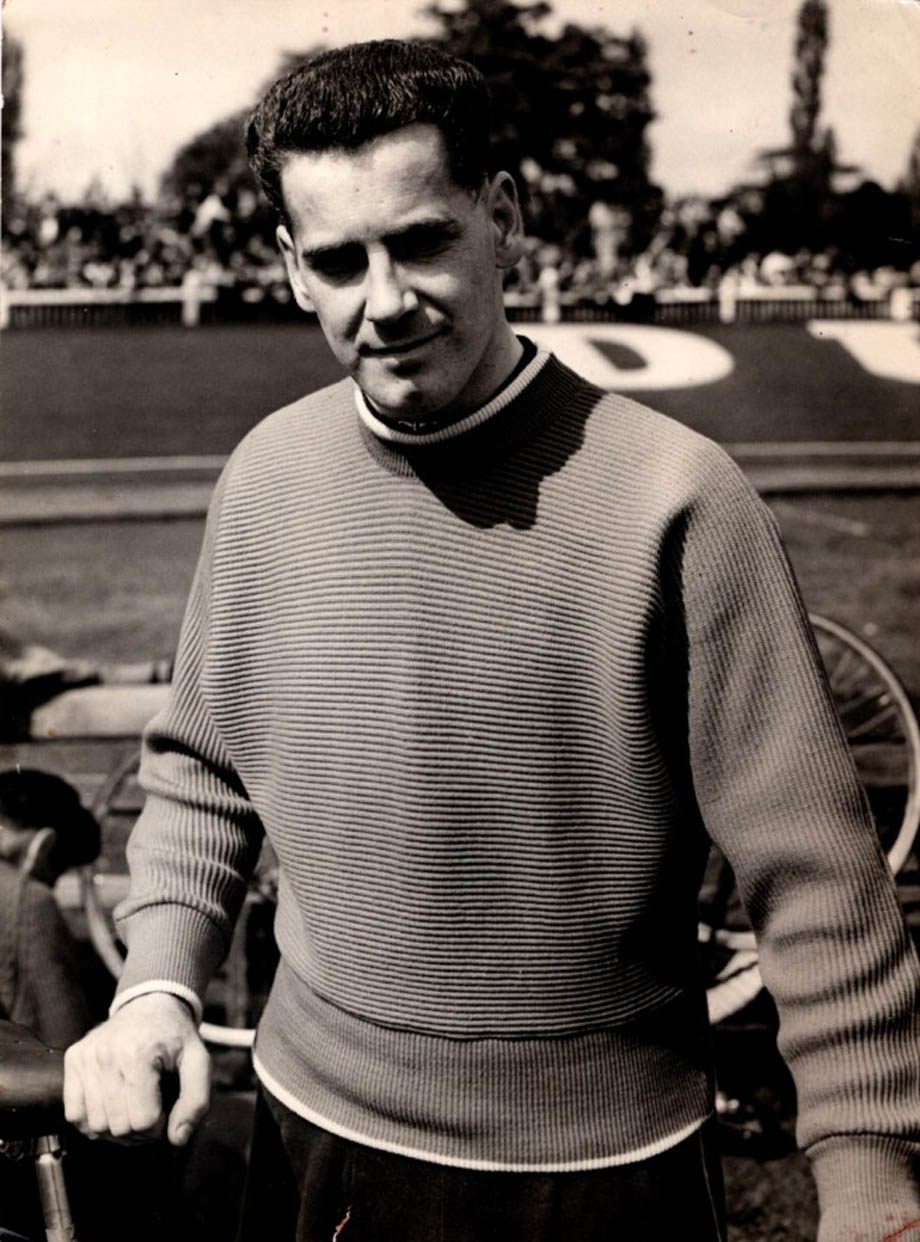 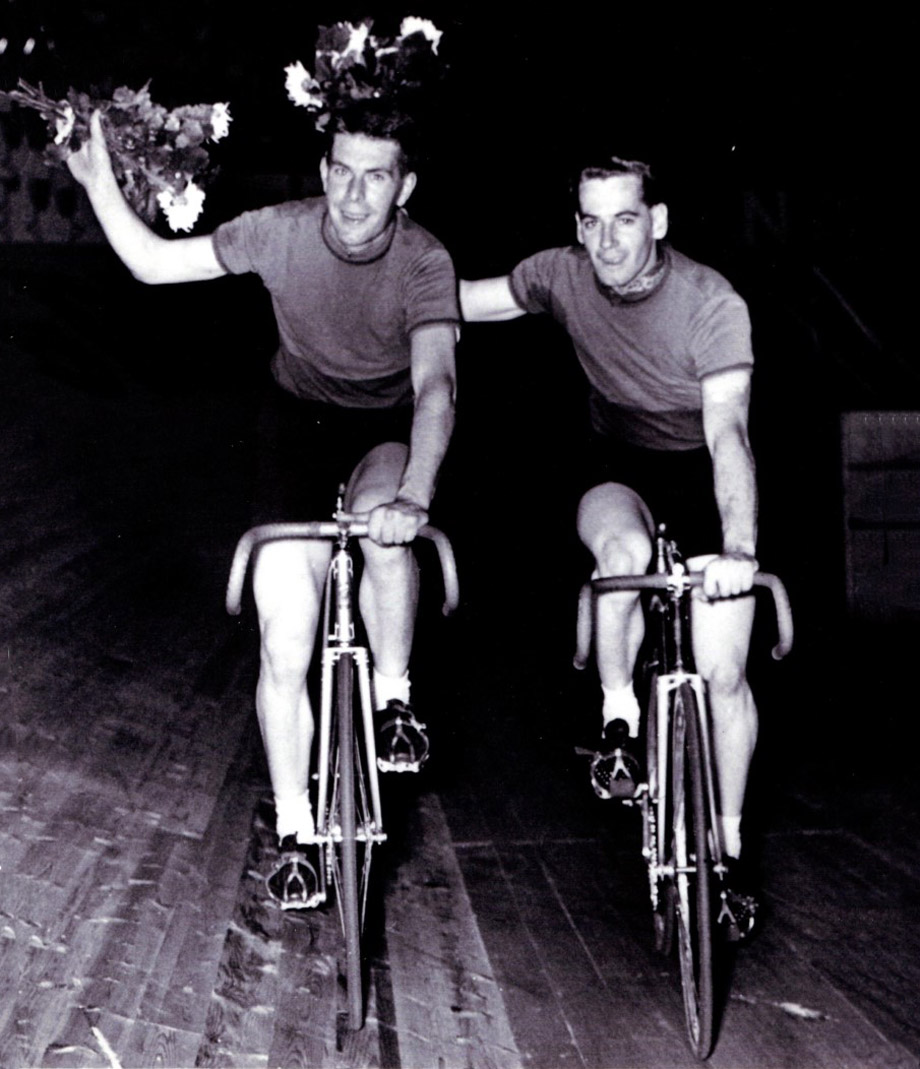 He was born in Penshurst, New South Wales, Australia in 1932 and he came to Europe in 1953 aged 21 to settle in Amsterdam. He raced and trained with an elite group including World Sprint Champion Arie Van Vliet. He showed great versatility as a track rider particularly in Madison and the art of motor-pacing. 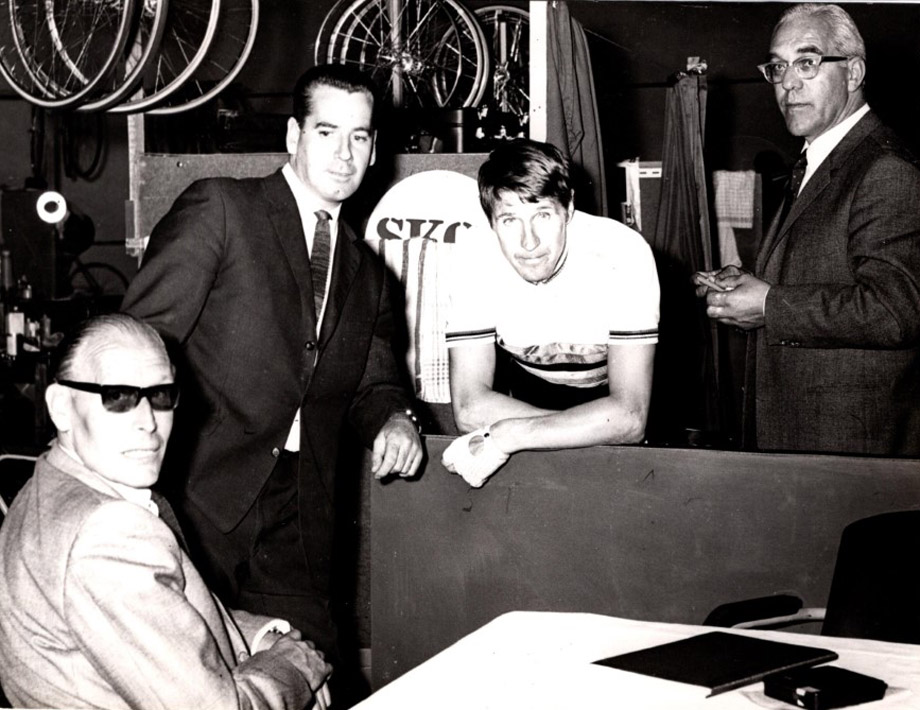 It is interesting to note that the great 6 Day rider Peter Post (Ned) won his first amateur Madison partnered with Ron Webb in 1955 in Rotterdam. Ron turned professional in 1958 and rode extensively in stayer races in Europe and particularly in the DDR and Eastern Bloc countries.
He was twice a World Motor Paced Championship finalist and came fourth in the 1958 World Championships in 1958 in Leipzig DDR. 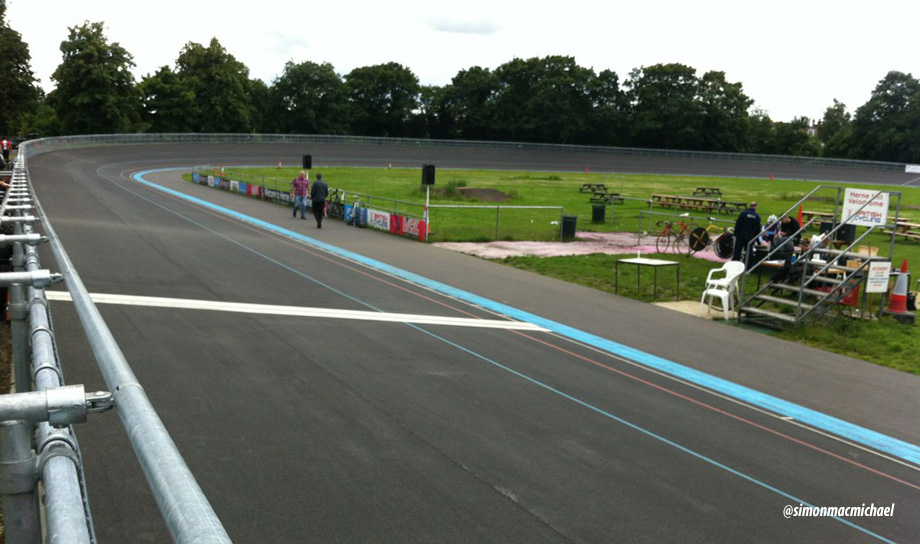 He then chose to settle in the UK living near Herne Hill and also on Southend and became involved in the organisational side of cycling and sports promotion after retiring as a rider in the mid 60’s. He is probably best known in the UK as the race director and promoter of the Skol 6 Day (London) over a 12 year period. He was Race Director of the Herning 6 Day in Denmark for 10 years and Race Director of the Hannover 6 Day Germany for 3 years. He led the Allied Breweries sport promotion activities promoting events including Speedway, Wrestling and of course professional track cycling. He was instrumental in the formation of the TI-Raleigh professional cycling team, mediating between the TI Investment/Raleigh Board of Directors and Director Sportive, Team Director Peter Post, the riders and the media. It is a fascinating story in its own right. 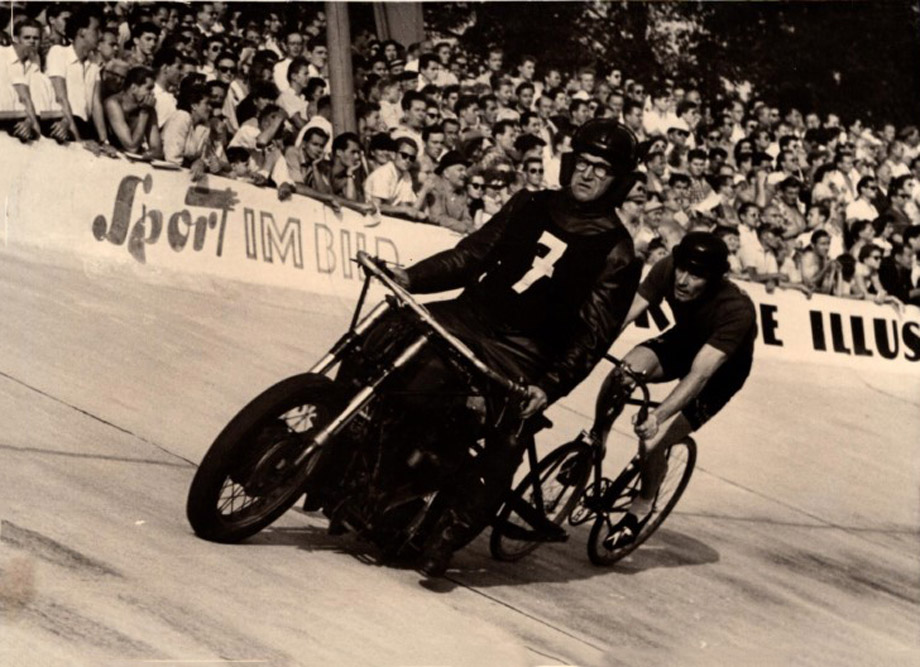 Ron owned the Herbert Schuurman design SKOL 6 Day track installed in Wembley from 1969, and it was used for the SKOL 6 Day and Herning 6 Day and other events held in Denmark, Germany and the Netherlands. His influence on 6 Day racing is legendary and he is attributed as the inventor of the “Modern 6 Day” format with a condensed shorter programme that created more intense racing.
He realised that spectators had jobs to go to and needed to catch public transport or drive home themselves each evening. So he devised a race programme that finished before 11-30 pm most nights, with matinee session on Saturday and Sunday afternoons. Rider pair rode continuously and the chases were long, often over an hour with highly competitive Derny paced racing, sprinting and points racing. It was popular with spectators and riders alike. 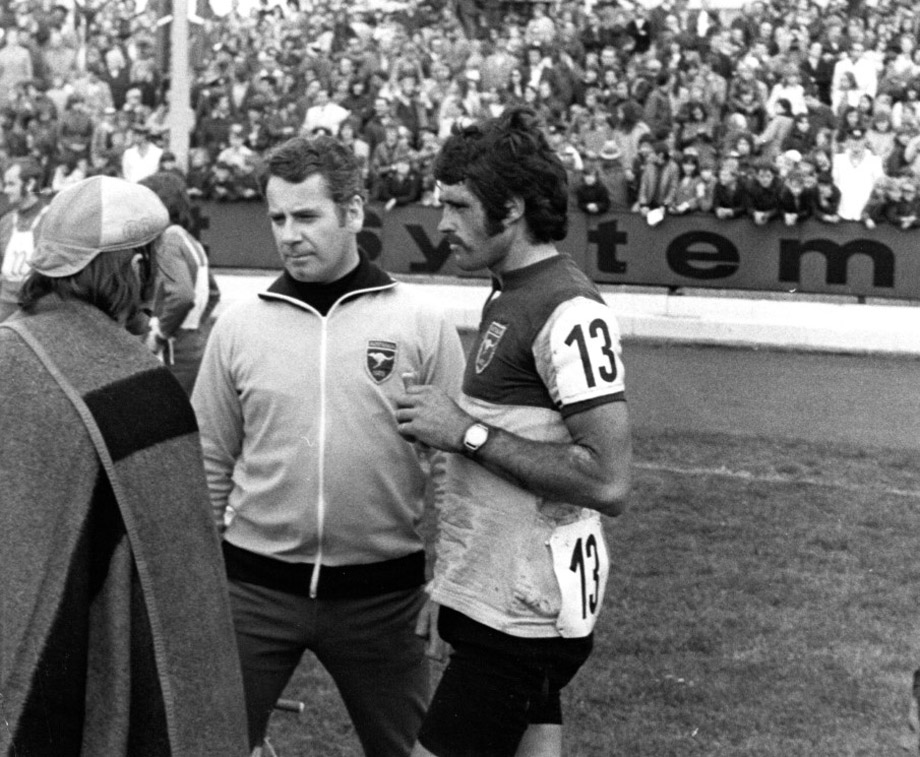 His support for Aussie and GB cyclists never faulted as many will attest. He coached riders of all abilities and ages on the Calshot UK track [the original 60’s London Six Day plywood track, ed.] and his trips with riders abroad were ground-breaking. He would put on support races for schoolboy, junior and senior amateur riders at his 6 Day races and competition to participate was intense. He sponsored and contracted British professionals enabling them to break into the world of 6 Day racing and Londoner, Tony Gowland to win top class 6 Day races in London and Montreal. When his temporary 160 meter board track became too expensive to ship and rebuild, he gifted it to the cycling club in Herning Denmark. His attention to detail was extraordinary as his tracks provide testimony, he taught many to ride board tracks, to ride behind the big motors, notably multiple national stayer champion Roy Cox and behind the Derny’s properly. 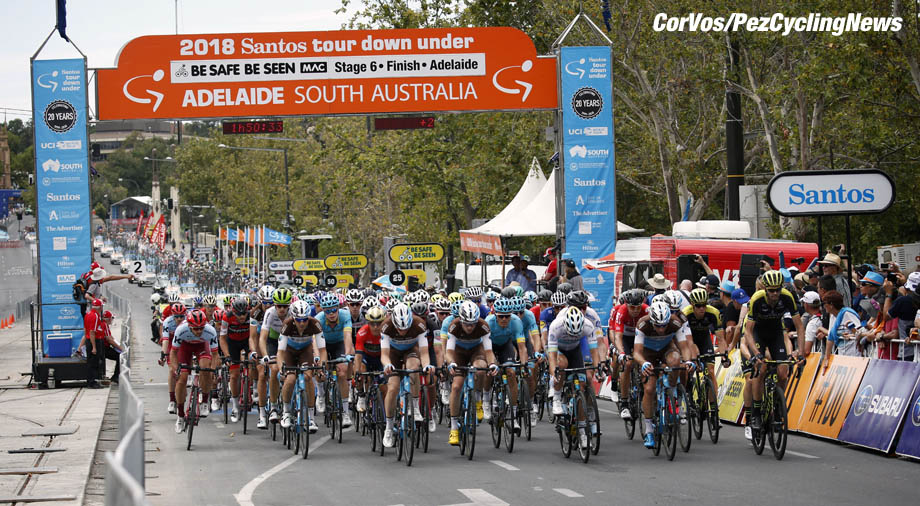 He was also pivotal in the organisation of The Tour Down Under in South Australia.

With experience he gained under the tutelage of third generation, renowned track architect, Herbert Schurrman and re-building his demountable at 6 Day races taught him about track design and track architecture. Subsequently he became a world class velodrome architect and was responsible for the on-site construction of 64 cycle tracks around the world from 1970 onwards. Some 47 of these were temporary 6 Day tracks and 17 are permanent tracks that include the: Meadowbank, Edinburgh 1986 Commonwealth Games track; Seoul Olympic track, Korea; Athens Olympic track; Sydney Olympic track, the British National Cycling Centre in Manchester, the Welsh National Cycling centre in Newport. He re-built a number of important historic tracks including Athens, Reading and Herne Hill. 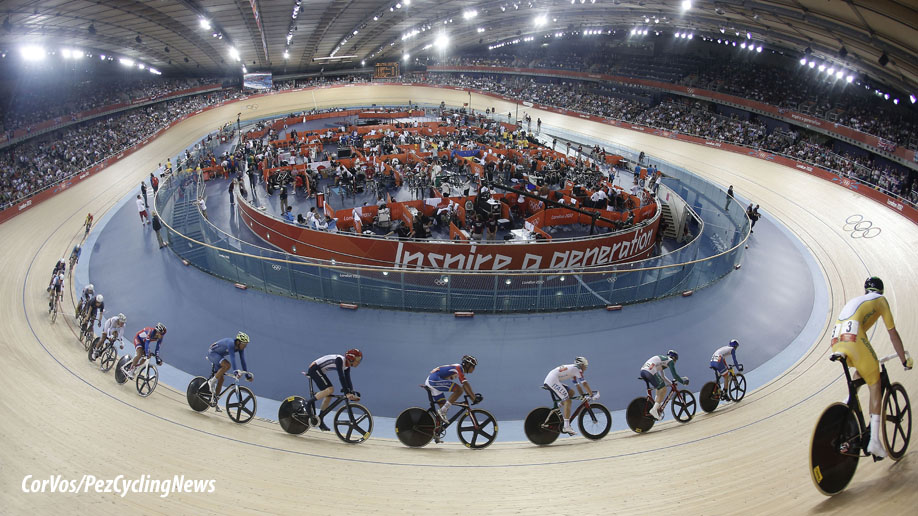 His last design and build is a design award winning masterpiece; the beautiful 2012 London Olympic track at Lee Valley, London. In 2006 Ron Webb was awarded the Australian Order of Merit (OAM) and remained a technical advisor to the Olympic Organising Committee. He devoted an amazing life of service to cycling. Ron was clever, funny, a kind, dignified and generous man with a wicked sense of humour right to the end. He will be greatly missed by all that knew him but he will never be forgotten.