Searching for the Truth: Liège-Bastogne-Liège

Liège-Bastogne-Liège: It isn’t far from Limburg in Holland for the Amstel Gold Race to Liège in the Wallonia region of Belgium (Berg en Terblijt is about 37km) for Liège-Bastogne-Liège. Peter Easton knows the region well, so who better to pass on his experience of La Doyenne. 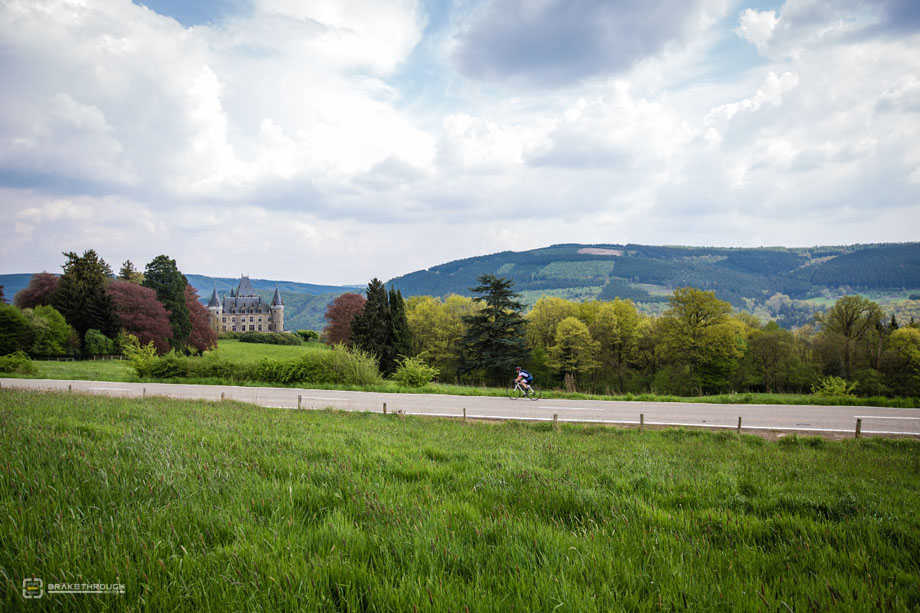 Frank Schleck has hopefully learned that image is, in fact, not everything. As he propelled the 2007 edition of the race known as La Doyenne towards the finish, Schleck, lean and powerful and in full command, methodically charged up the final 500-meter incline. The silver chalice on the podium glistened where his name would soon be etched among the list of greats. As the television camera panned back, a second rider came into view. Danilo Di Luca was bolted to the tip of his saddle, grimacing as he struggled to match Schleck’s effort, his discomfort timed by a rapidly emptying hour glass, his shoulders locked against the pain coursing through his body. As the incline faded 200 meters from the finish line, the sale of Di Luca’s soul was finalized and time stood still just long enough for him to raise his arms in triumph. And while this finish provides the glossy cover image that defines a Spring Classic, it is only one of thousands of snapshots collected over time that tells the story and paints the picture of what is arguably the hardest single day race in the world – Liège-Bastogne-Liège. 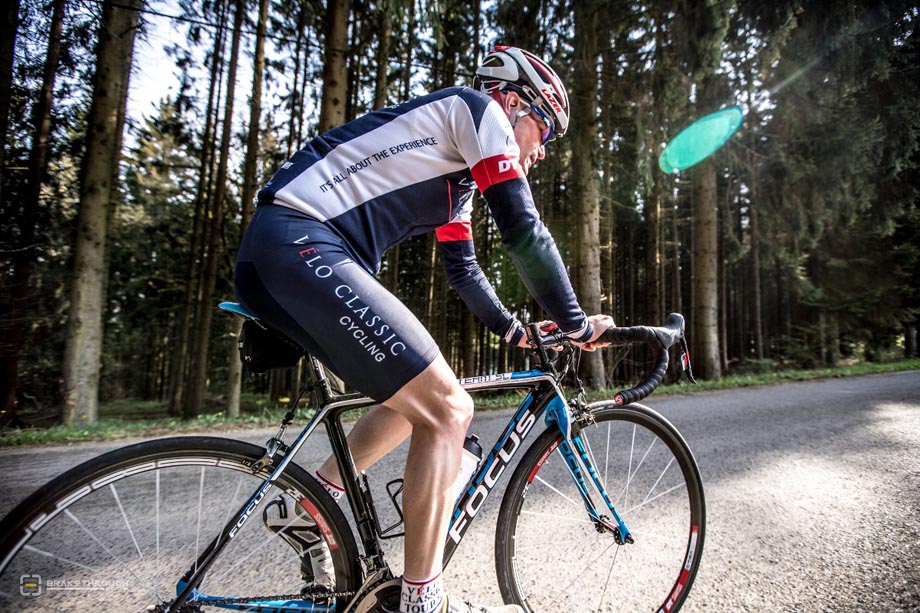 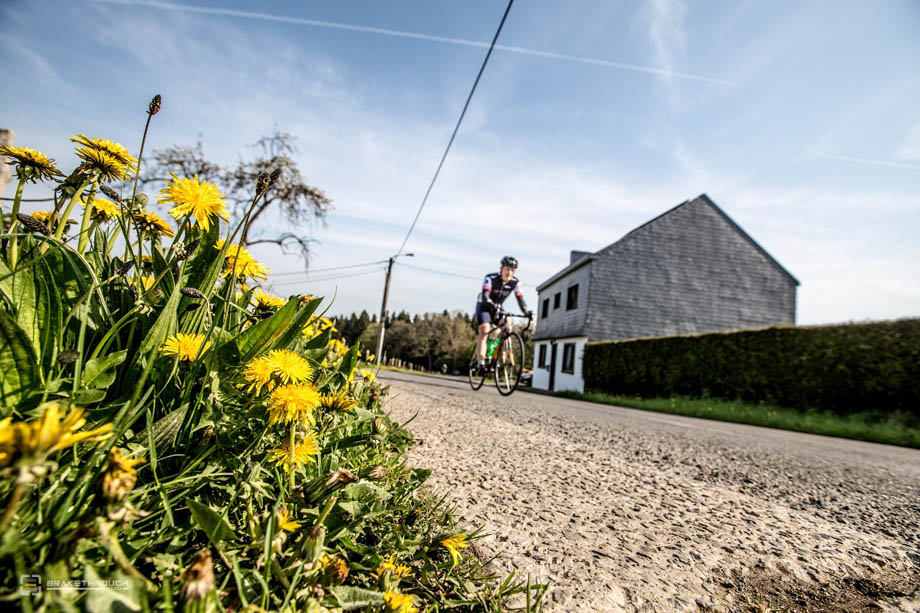 I have always felt that if the Tour of Flanders is in your heart and Paris-Roubaix is in your head, then Liège-Bastogne-Liège is a race that is clearly in your legs. But what is it about this race that endures? Liège-Bastogne-Liège is a race that defies the imagination in some ways, so cruelly difficult that it appears almost laughable at times. If the Ardennes region was not so strikingly scenic it would feel as if one was literally riding through hell of earth. The Tour of Flanders has come to define “Belgian” cycling – beer, cobbles, short and steep climbs and a fanatical cycling culture that people dream of belonging to but don’t understand. Paris-Roubaix, in all its infinite chaos, is wrapped in a combination of luck and cunning, neither of which offer any guarantees. But Liege-Bastogne-Liege, it endures precisely because of its script, a script that offers the harsh reality of cycling – it’s an immensely difficult day of racing. The variables? The weather. The tactics? Strength. Attrition. A race for the ‘fondisti’ as four-time winner Moreno Argentin said, an Italian nickname for riders who have the strength and endurance to withstand the demands of such a day. 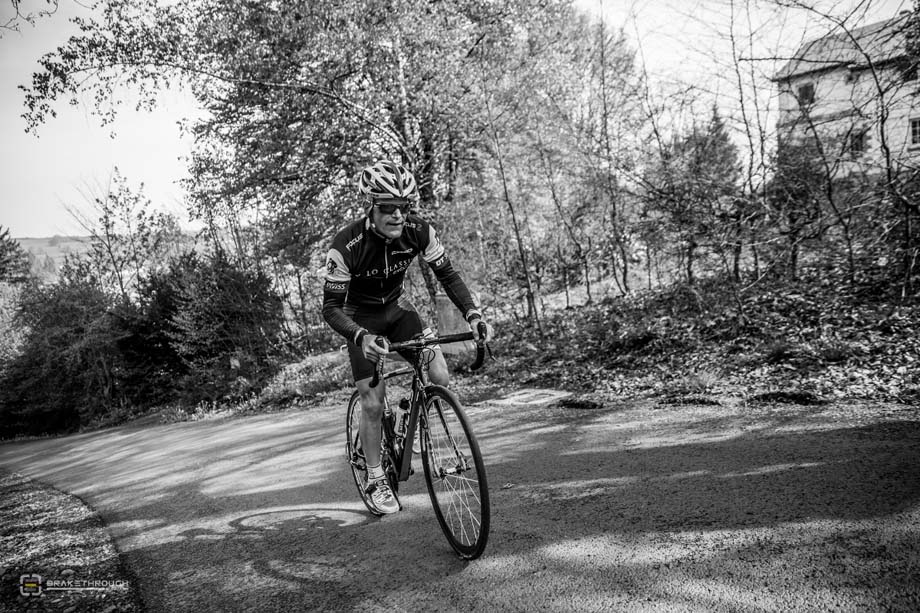 While race organizers ASO have applied some race day gimmickry to some of its Tour de France stages, Liege-Bastogne-Liege requires none of it, and they have fortunately resisted any thought of revising the race’s straightforward formula. It is probably the least popular, from a marketing perspective, of the Five Monuments, because of this no-nonsense approach. There is something simplistic about a ride that centers purely on strength – isolating one to the bike and the terrain. And with Liège-Bastogne-Liège, it’s not as if one needs to design a parcour that goes out of the way looking for hills to string together. While the time trial is referred to as the race of the truth, I tend to view riding in the Ardennes and Liège-Bastogne-Liège as this as well – no tricks, no gimmicks, no luck, no multiple loops over the same climbs, no massive VIP tents. A cyclist and their bete noire. That is Liège-Bastogne-Liège, and it’s this very truth that makes it so great. 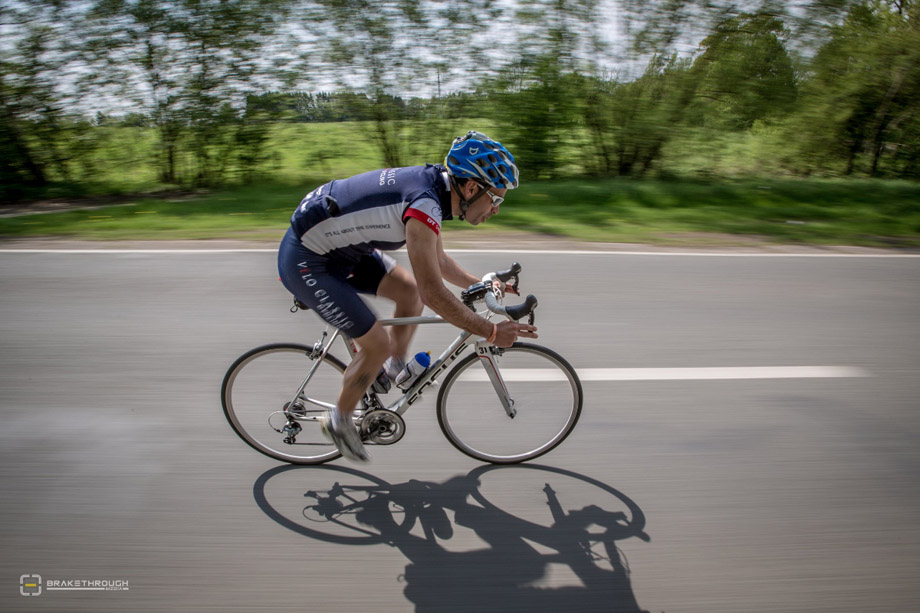 The Ardennes can wreak havoc on cyclists in the spring time. Chilly rain, wind, snow have all colored past editions of Liège-Bastogne-Liège. And unlike the cobbled classics, severe weather doesn’t necessarily dictate good or bad luck here. It just makes a grueling day of racing even harder. And while the section of the race that runs (typically) from Stavelot to the finish in Ans – what we know as the “race” including the heart of the course and the final eight climbs including the Côte de La Redoute – the previous 160 +- kilometers is some of the best cycling I’ve done, and the fastest way to understand why exactly this race is so hard when it gets to the finalé. 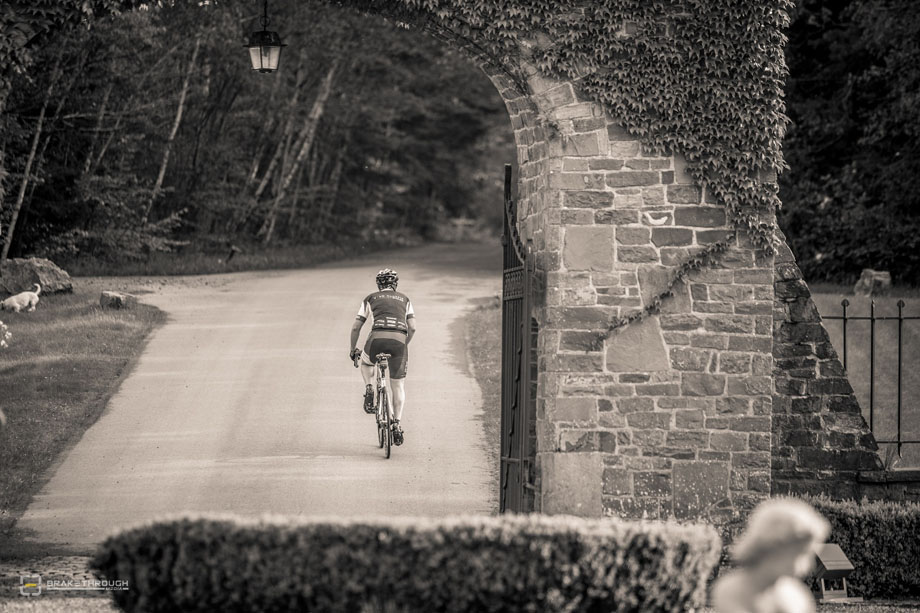 If spring can bring unpredictable weather, summer is known primarily for one weather pattern – heat. The survival elements employed during a cold and wet ride give way to hydration, sunscreen and looking for shade wherever available. During the summer of 2010, I was intent on discovering the unknown roads and hills that bring Liège-Bastogne-Liège from Liège to Bastogne and back north to the Côte de Wanne near the village of Trois-Ponts. It was along this route, removed from the cover images that have come to define the race, that I had another cycling epiphany – Liège-Bastogne-Liège is a magnificently beautiful race. Far removed from Liege and the smoke stacks that once heaved and belched plumes of smoke into the sky, the quiet countryside glistens in greens and yellows, the road twisting and rising, descending and then bisecting small villages, its bakery and café and church oblivious to the role it plays but once a year. The only two orchestrated climbs on the official route in the southern portion of the race are the Côte de la Roche-en-Ardenne and the Côte St. Roch. The former is a 2.8 kilometer climb out of the town of La Roche-en-Ardenne, rising at an average grade of 6.2%. The latter is well known as it stretches up through the town of Houffalize at a stifling 11+% for just over a kilometer. The route itself contains enough climbing to weaken even the strongest legs, with close to 8,000 feet of climbing in 100 miles. 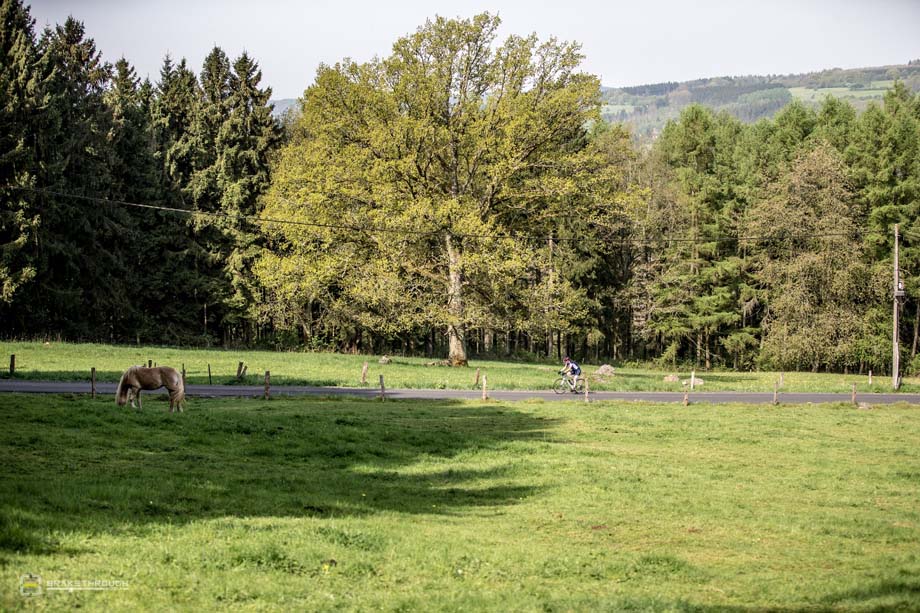 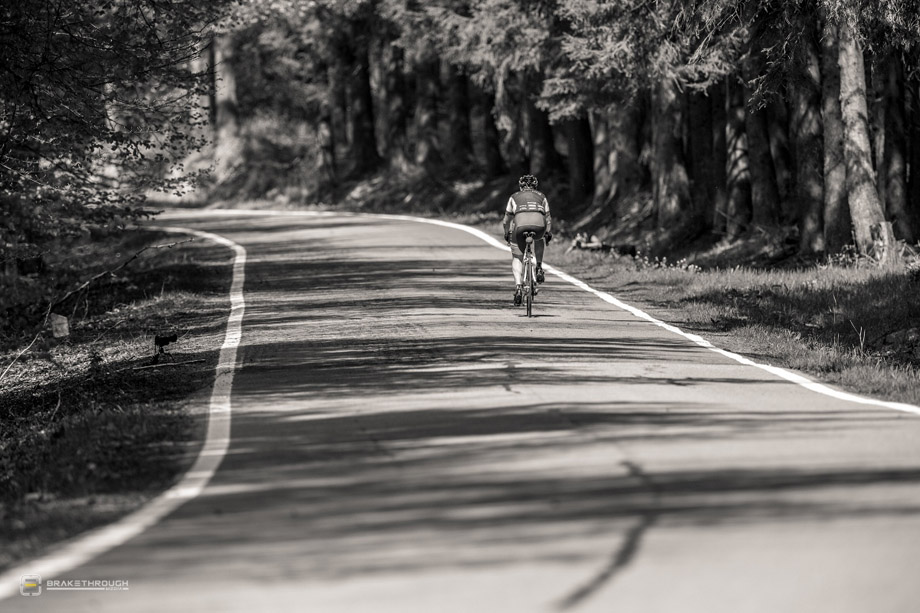 As the race taps Bastogne, its furthest point to the south, it’s a double-edged sword. In one sense, the symbolic “halfway” point pats you on the back for what’s been accomplished. The foreboding of what’s yet to come, unnerving. Part of that may be the haunting legacy of Bastogne, one it will forever be partnered with. 73 years on from its nightmare, the church bells from the reconstructed belfry ring proudly every day. Numerous memorials surround the town, locking in to the horrors of 1944. The town has embraced its legacy as part of La Doyenne, a gesture fittingly displayed with the dedication of Le Rond Point La Doyenne. The final 40 miles before Stavelot and the course swings and dips, rises and descends; what’s so painful on race day becomes manageable in solitude, the heat becoming neutralized as an adversary, outdone by nature’s counterpart and embracing the inevitable journey we pass through as cyclists from all things pain equaling all things pleasure. The whispers of the past follow through the villages of Cetturu, Steinbach, Gouvy, the beckoning of the Brasserie Lupulus in Courtil and on to Bovigny. Quiet streets, flower decked patios, sweeping views, a self-inflicted handshake with a bête noire that may have a happy ending after all. The beauty of a bike race isn’t reserved just for race day, the pain not only for the racers, and the rewards not only for the winner. 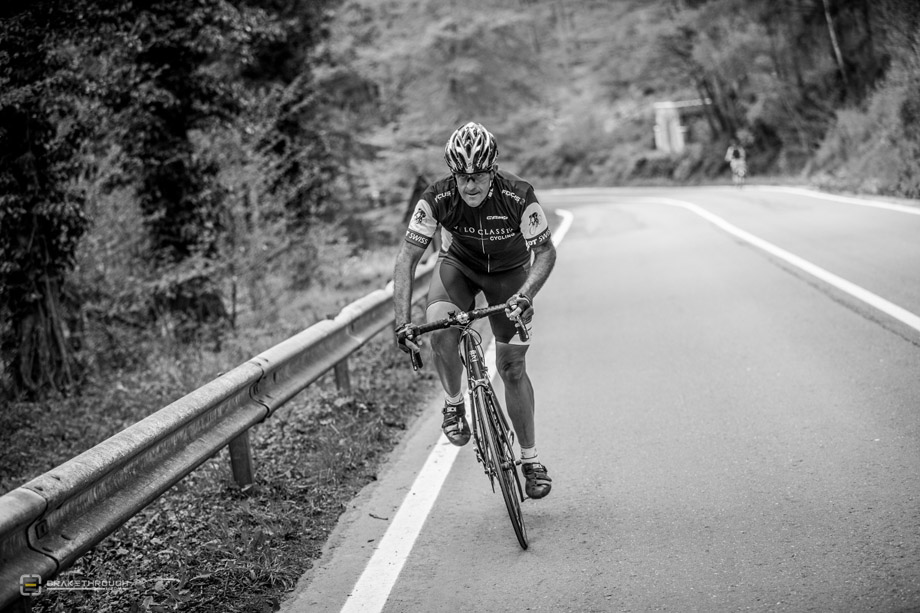 Historically, as the riders reach Stavelot (though it is bypassing it this year) the true gut check begins. The ruins of the Abbey of Stavelot dominate the center of town, the remains of a once important center of Christianity purposefully destroyed. The village lies at a critical junction in the heart of the Ardennes, and while it is less than 60 kilometers from Liège, its charm is infinitely further from the postindustrial apocalypse that has gripped Belgian’s iron city, and even more from its own scarred past. One, the city on the Meuse, is haunted by the shuttered coal furnaces and abandoned steel plants that once built this region into an industrial power. The other, the village on the Amblève, is simply haunted by blood stained hands. Further souring the haunting aftertaste in Stavelot that lingers from its bloody past is the memorial to the citizens and soldiers killed in World War II, a stark reminder of the ugliness man can paint over nature’s canvas. It is here on race day that a new battle begins, an annual pilgrimage again rewarding the aggressor and condemning the cautious. 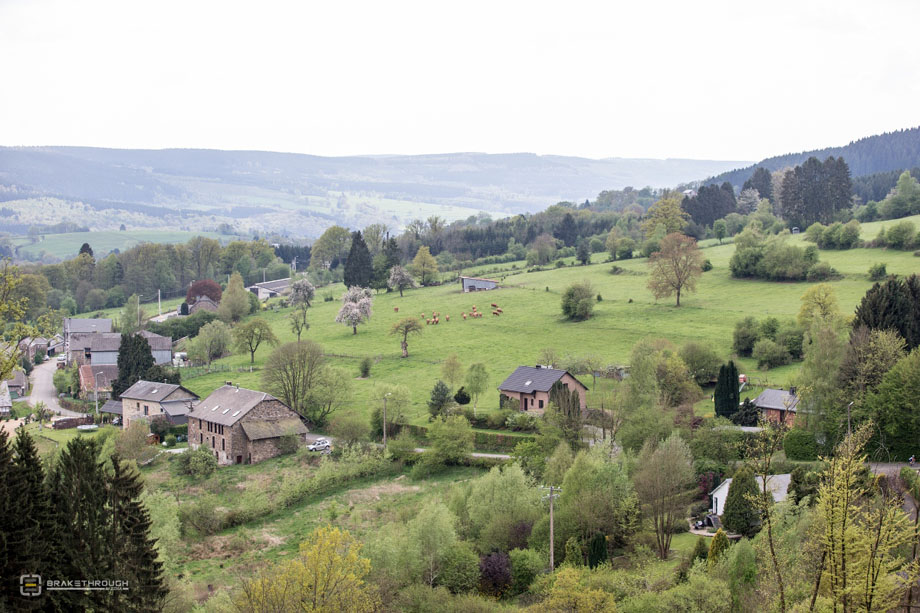 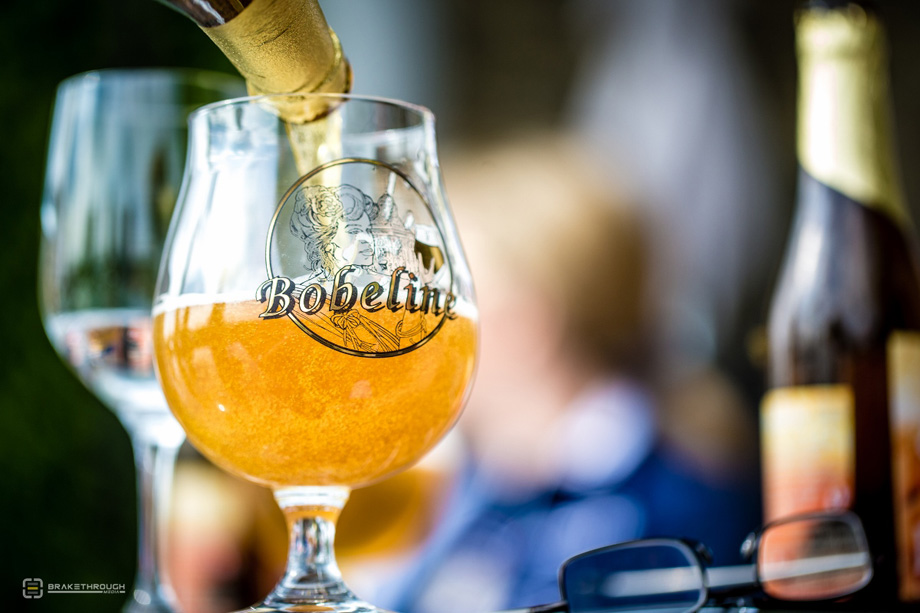 There’s a monument to Eddy Merckx that sits atop the Côte Stockeu. A large rock sits atop a wide base, an image of a bike rider emerging, pain on his face, from the rock. By itself, the statue seems randomly placed, neatly placed off the road as the climb decides to continue to the right, or swing back down to town to the left. I imagine the statue was placed here as a gesture, not only to the legend himself and his five victories on these roads, but to the task that lay ahead on race day from that point forward. It’s been chronicled, it’s been written, and it’s been dissected and analyzed. And it seems the conclusion is always the same-the strongest prevail in Liège-Bastogne-Liège. Perhaps the great Merckx is there to simply remind one of this, every day. 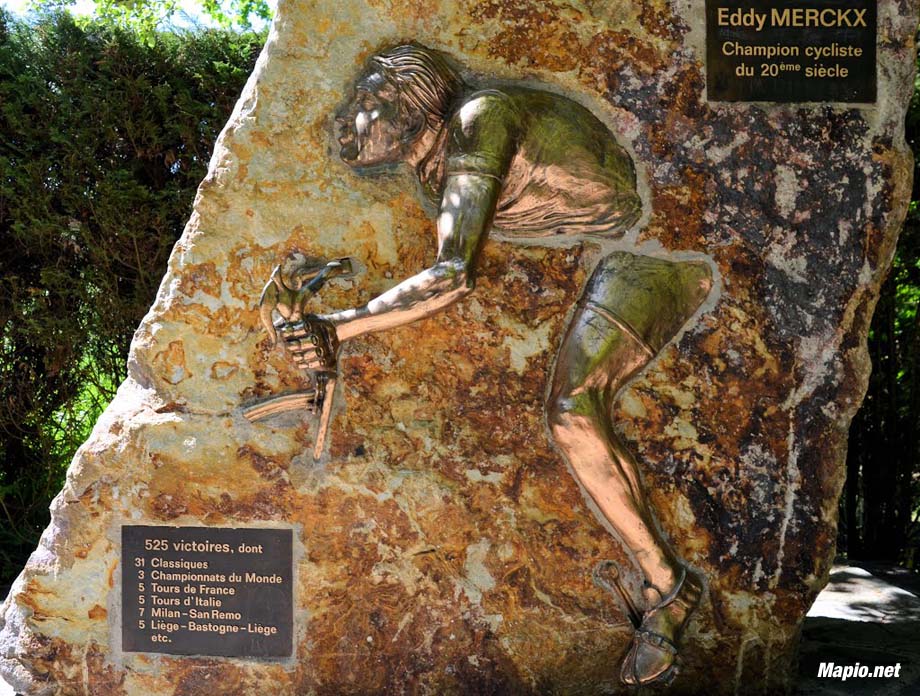