Best of PEZ: Slicks And Stones – Gravel in New Zealand

Best of PEZ in New Zealand

New Zealand is an amazing tourist destination and so as part of Chris Selden’s one year travel plan around the world with his young family it was an obvious stop in his itinerary. Not so obvious would be to do the 119 kilometre Slicks and Stones cyclosportive on a mixture of gravel and tar roads during their stay, but due to his father now living in New Zealand and being the organiser of said cyclosportive – did he really have a choice?

You can see Chris’s report from the ‘Gravel and Tar Classic’ in New Zealand HERE. 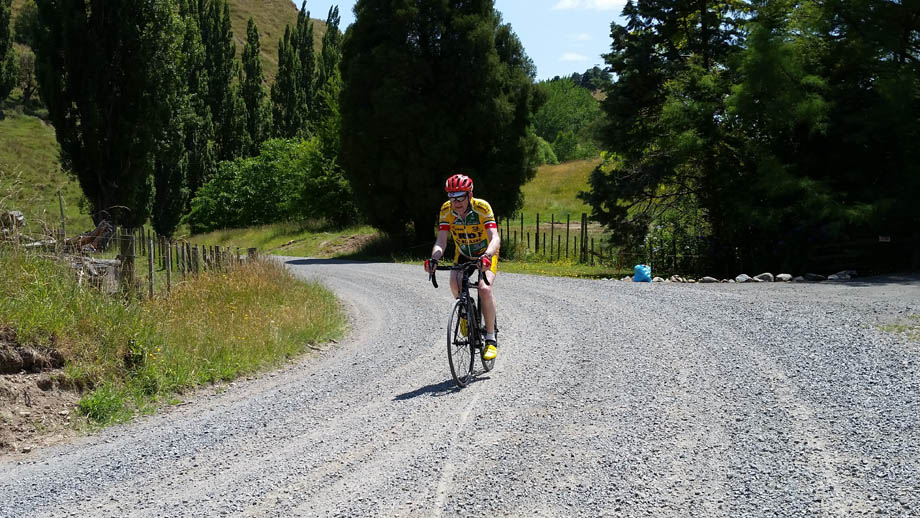 My father doing some recon of the gravel before the race

Also the fact that I used to race with the organiser of the pro race 20 years ago and his wife and they were willing to lend me a bike – I simply had to do it. 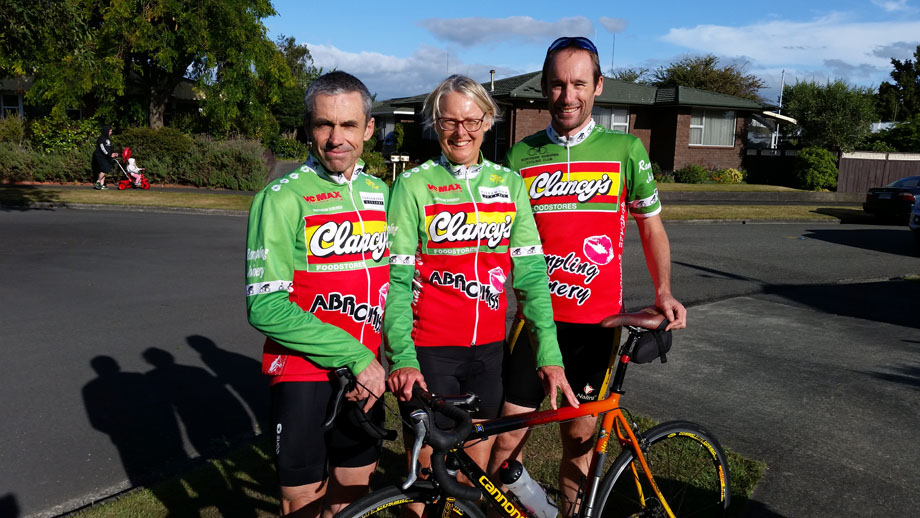 Steve (organiser of the pro race) and Katherine Stannard with myself rocking out our club kit from about 25years ago!

So with bike in hand (a 20 year old Cannondale with some 25mm tyres) I was good to go. I’d arrived in New Zealand about 6 weeks before the race so I thought that I would have plenty of time to get used to the bike, the gravel and maybe even build up a bit of fitness which up until then in the trip had involved carrying a backpack and maybe a child through an airport or onto a bus. 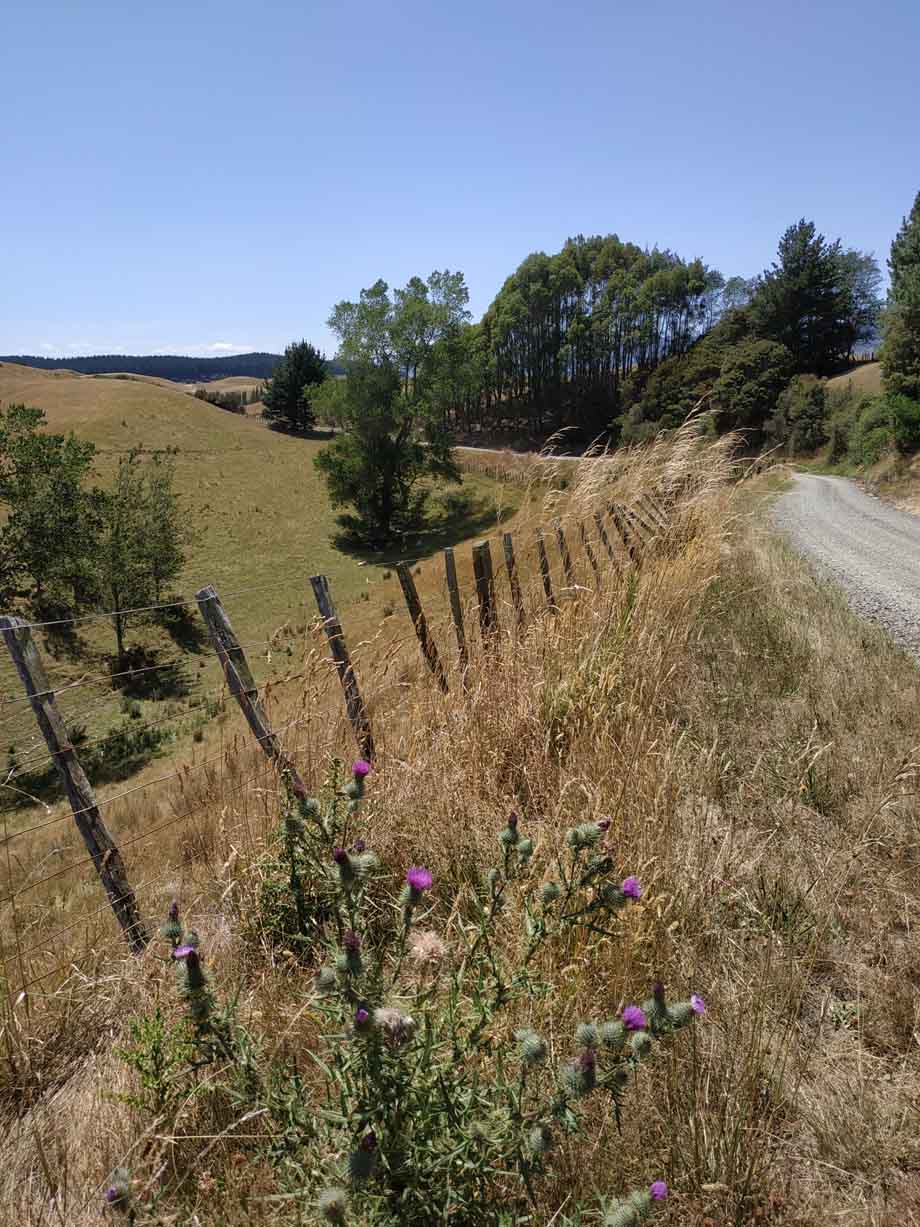 My first ride in the Manawatu region of the North Island of New Zealand was spectacular – but also spectacularly hard. Beautiful views and rolling countryside around every corner but I was able to start and finish the ride at least with a super bikepath along the river at Palmerston North, the city where both the pro races (mens and womens) and the cyclosportive would finish. 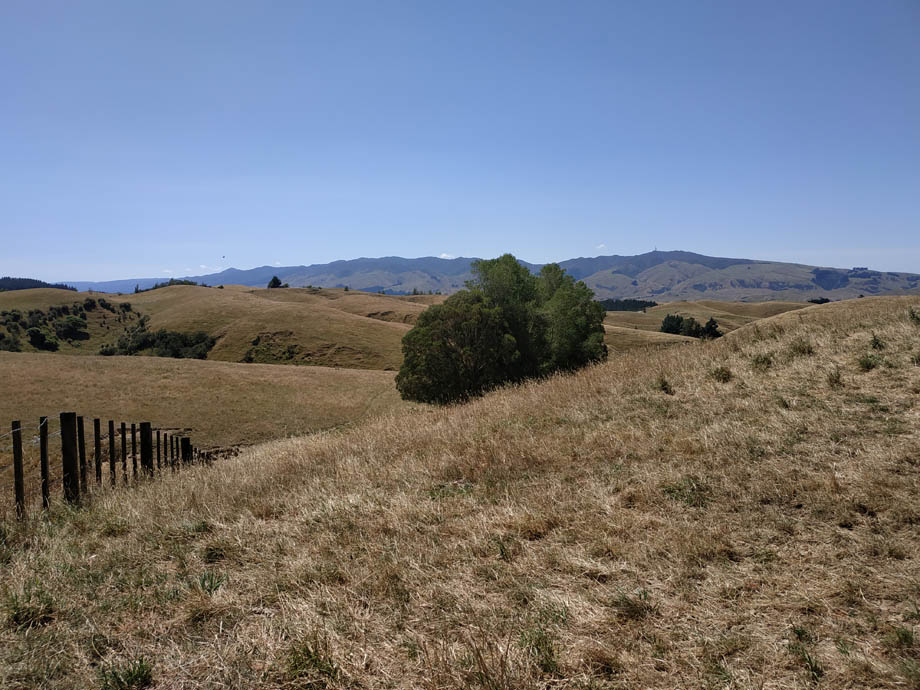 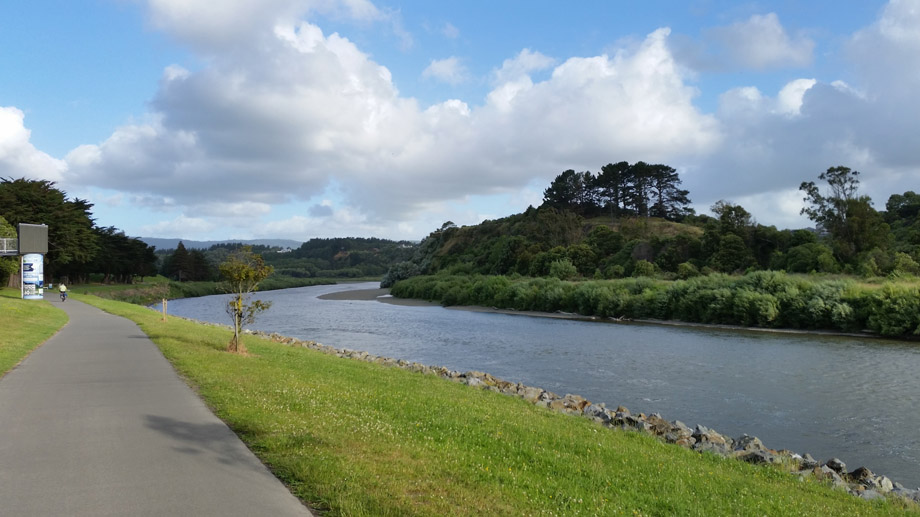 The city itself is a haven for families with an impressive infrastructure of libraries, bike paths, activities, playgrounds and more but the surrounding countryside is for hard cyclists. There are no ‘easy’ rides here. What there is are hills, tough undulating roads and gravel.

In fact just after arriving in New Zealand I was chatting with Mitchelton-Scott pro, Robert Stannard who grew up in the region about the roads and he said that they were great for riding but it was the gravel that was the best. I simply had to get out there and do the gravel!

Being an ex-racer from many years ago I had never raced on gravel before but Robert said you’ve just got to hit it hard, surf the gravel and don’t panic… 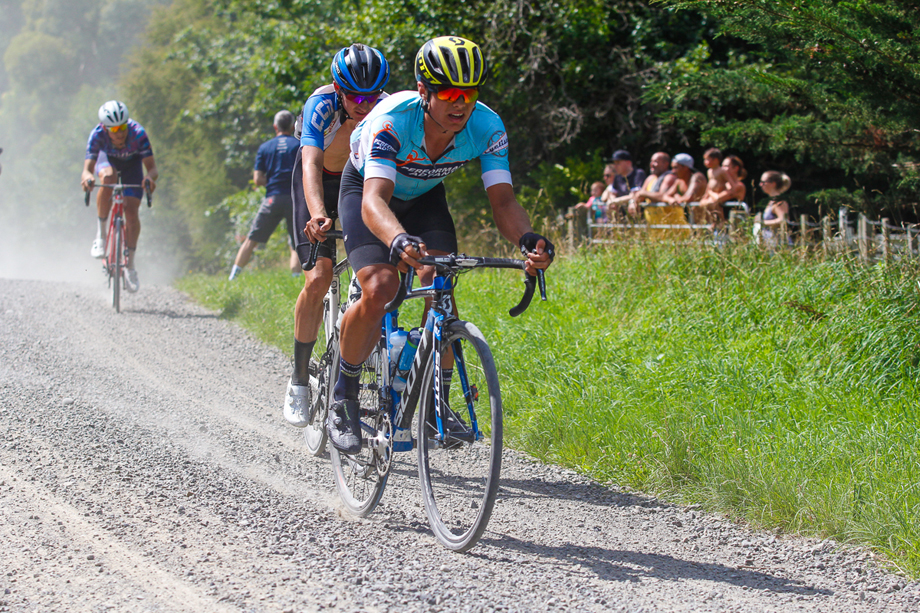 Robert racing the Gravel and Tar two years ago

Well he is the son of the organiser, he won the pro race a few years ago and is now in the World Tour so I’d say he is well qualified to give advice!

So with my borrowed bike in hand I set off to try and surf the gravel for myself. My recons of the course pre-race only eventuated to three rides on the gravel sections but they were informative – this race is crazy tough! The gravel is not pleasant but at the same time it is superb…..

It’s rough, it’s slippery and it’s even a little dangerous but that’s what makes it so special. It’s such a challenge just to complete the gravel sections (about 40km worth) without puncturing or crashing and it makes this particular cyclosportive one to remember. 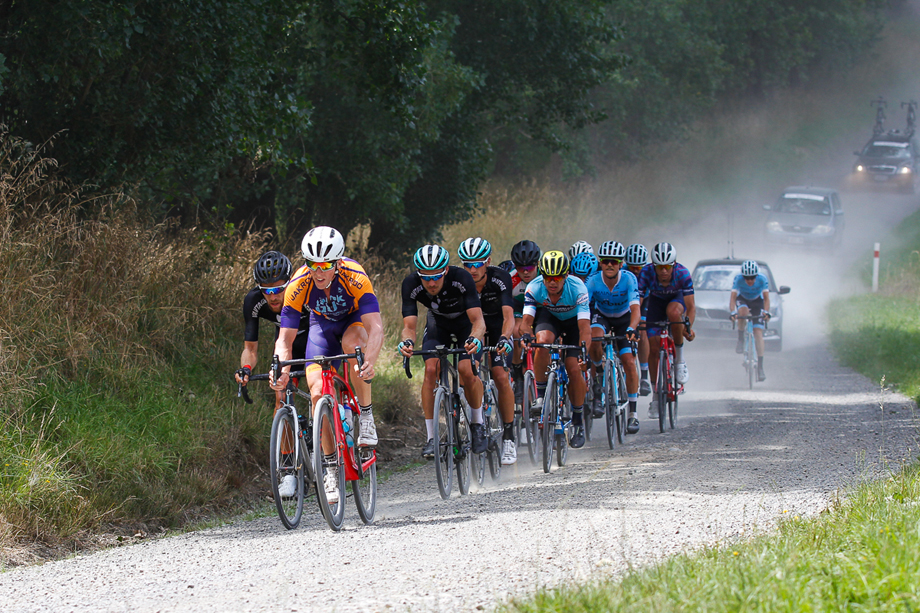 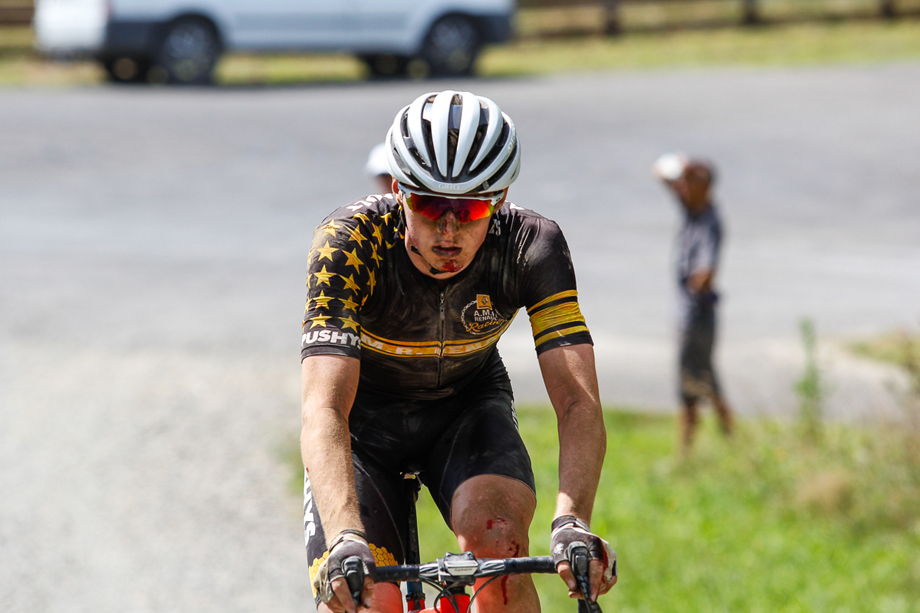 Not everybody makes it through this race unscathed

Come raceday I was apprehensive but excited and that’s what I explained to the commentator when I signed on in the lovely little start village of Feilding. Travelling from my home in France I thought I would comfortably be the entrant that had travelled the most kms to be there but I was beaten by a lady from Scotland for that title who would end up having a very memorable day indeed after winning the lucky dip prize of a brand new MTB after the race finished. 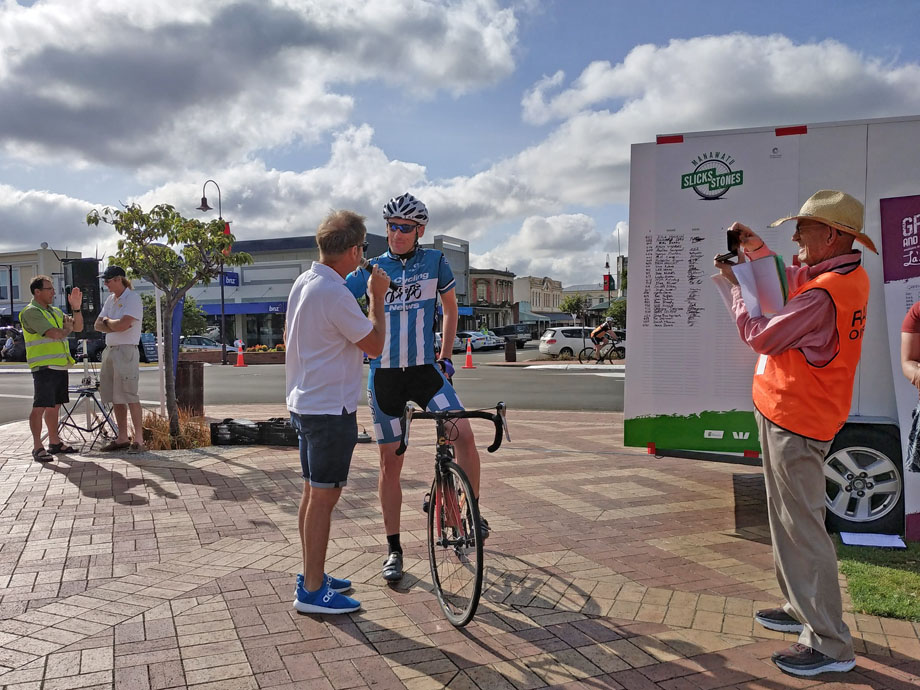 As we waited for the flag to drop on the startline I got talking to a few of the other riders in the peloton and soon learned that a couple of them had ridden the pro race in previous years……oh oh – this is going to hurt! 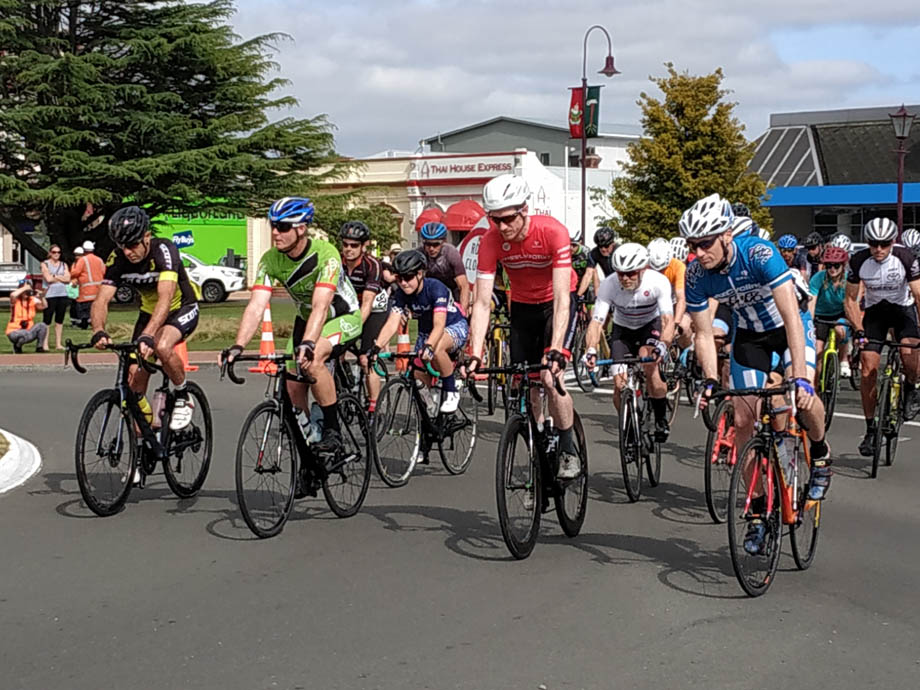 And we’re off and racing! 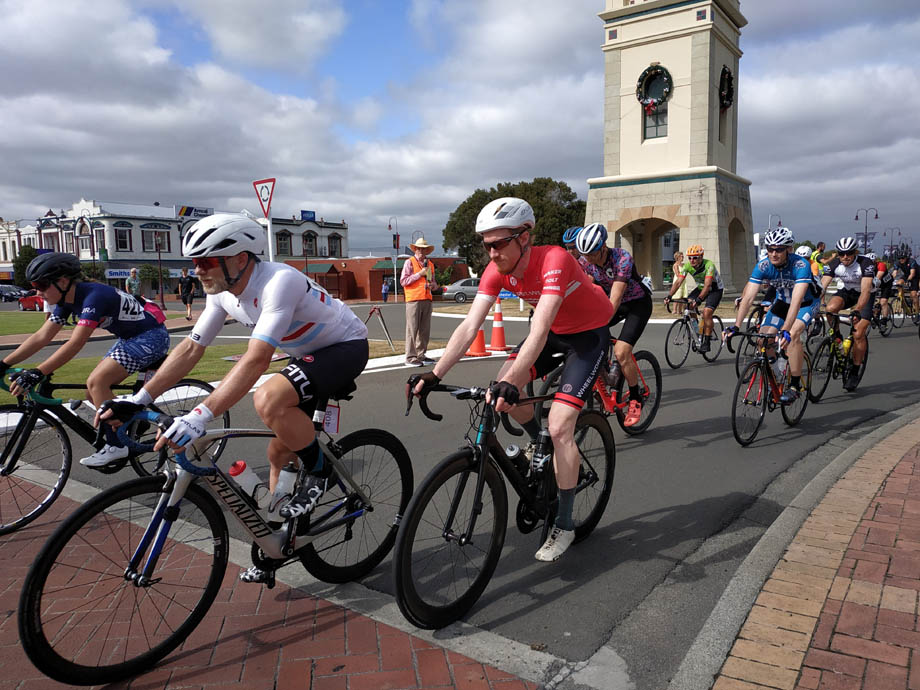 Sure enough, the true racers started pretty fast as we rode out of Feilding and they just seemed to keep getting faster. Only 15km in I dropped off the dwindling front group as I knew that at that pace I would never make the full 119km back to Palmerston North and the finishline party.

Luckily I had one or two others for company and even though they were stronger than me it was nice to have the company as we hit the first gravel section after 30km of racing. 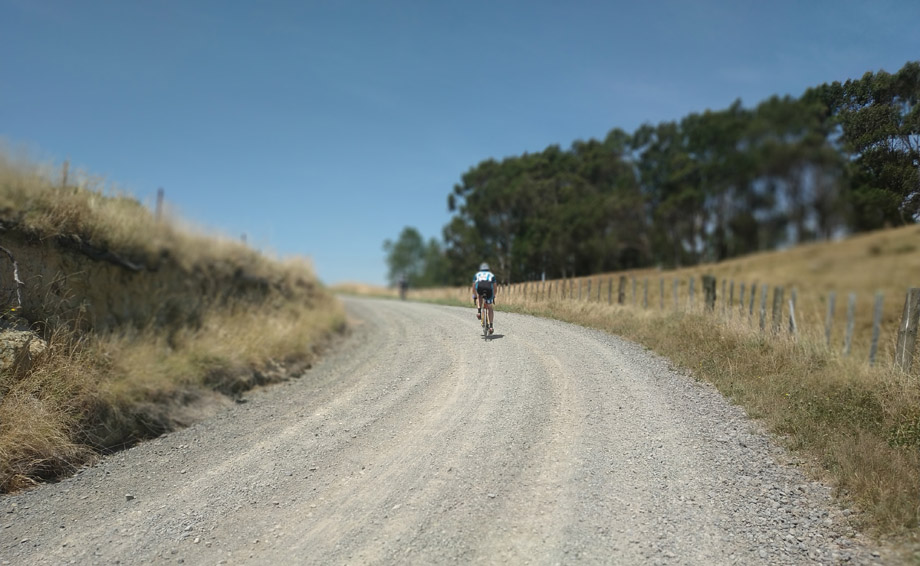 Company came and went for the next 80km or so as I struggled to hold wheels or my companions dropped away as our form ebbed and flowed. For me the bitumen road sections between the gravel were amongst the hardest parts of the day and I preferred the gravel as I had to concentrate so much on picking my line that I was able to briefly forget about my screaming legs and my complete lack of form. 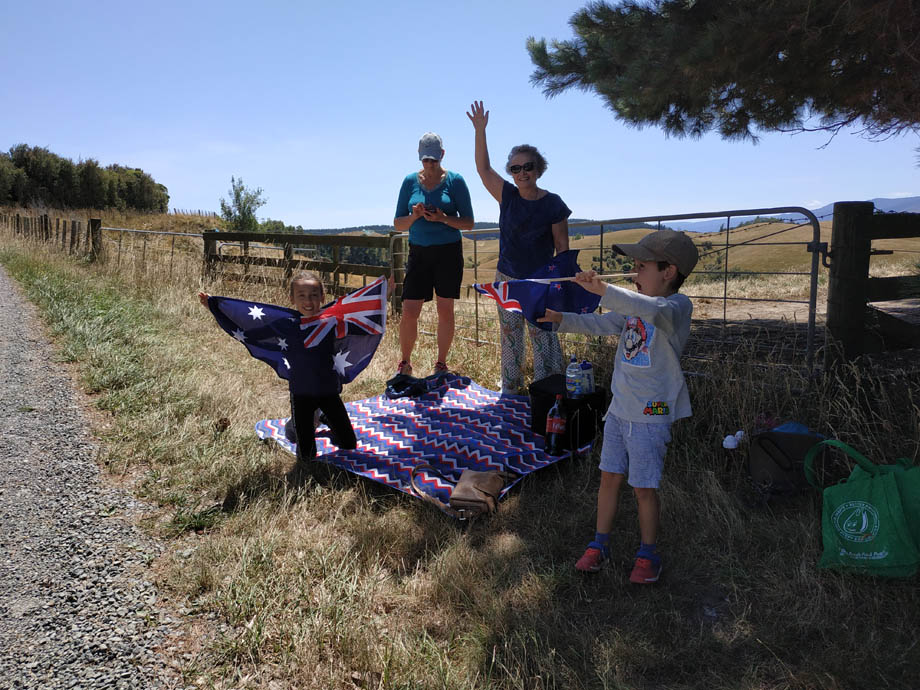 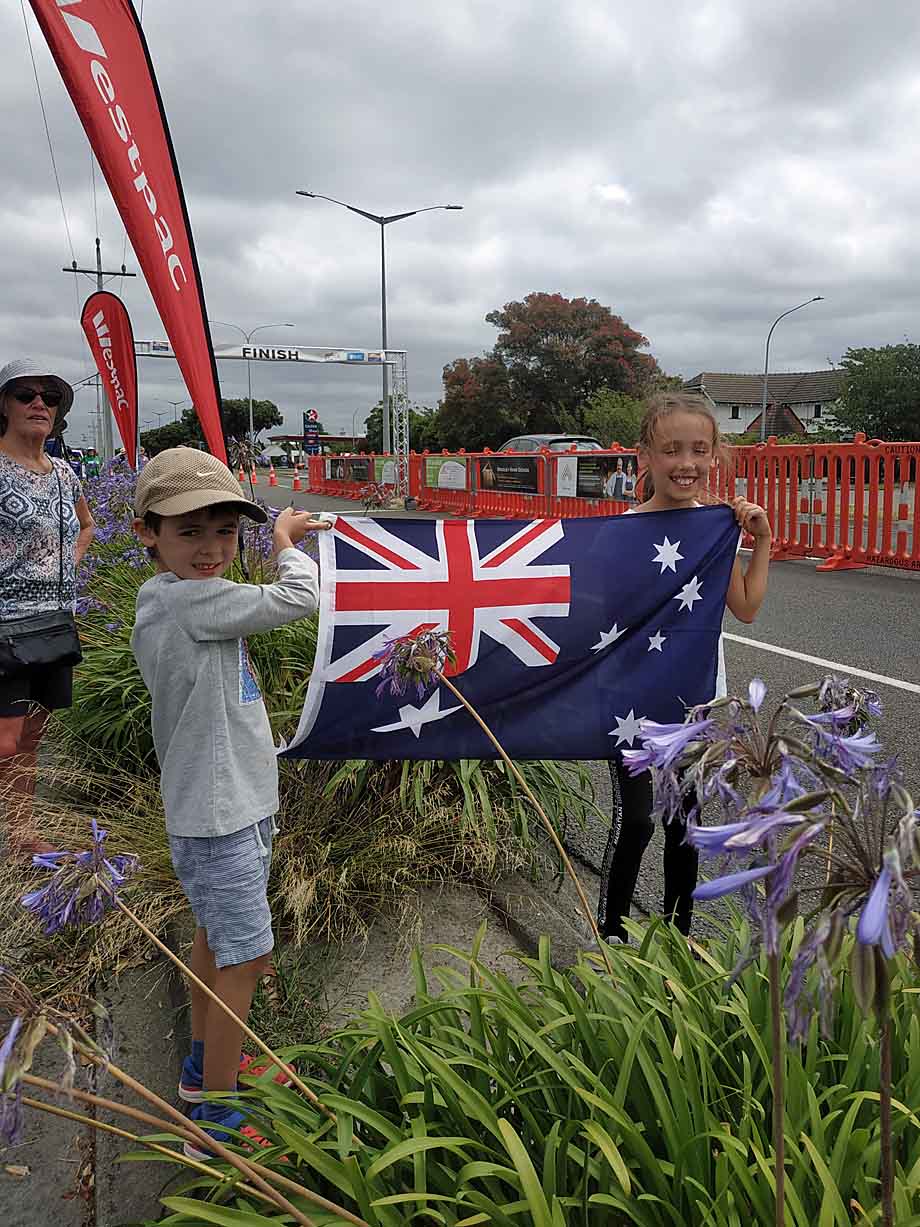 Eventually I made it to the finishline but by that time I was completely shattered and aching all over. 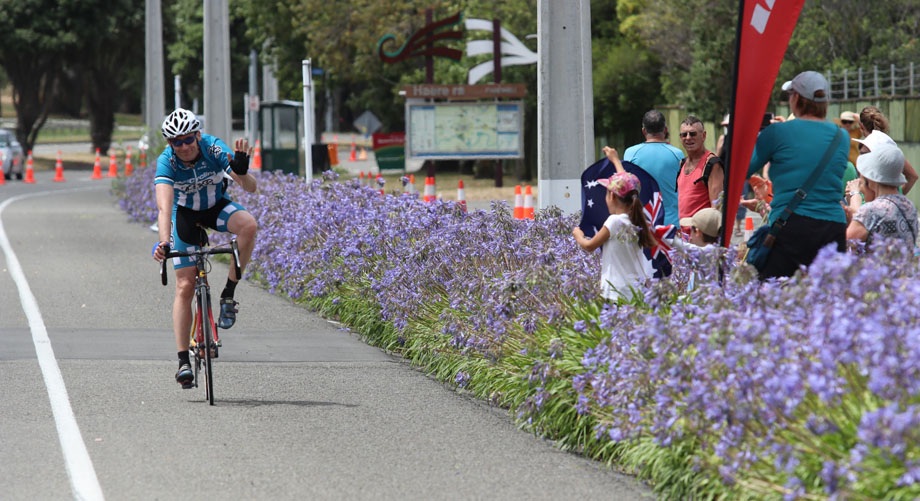 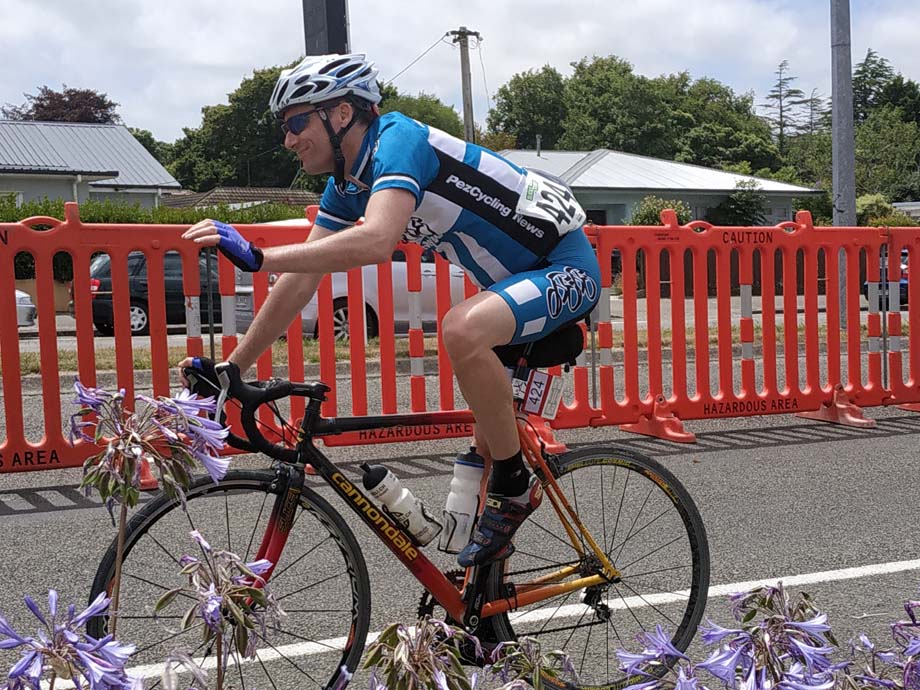 This is definitely one of the toughest cyclosportives that I have ever done and I have done a lot of them all around the world. It was also one of the most fun with the gravel sections, the super team of volunteers and marshals running the race and the other competitors making for a truly memorable day. Certainly one to put on the calendar if you would like to discover New Zealand and the gravel roads of the Manawatu region. 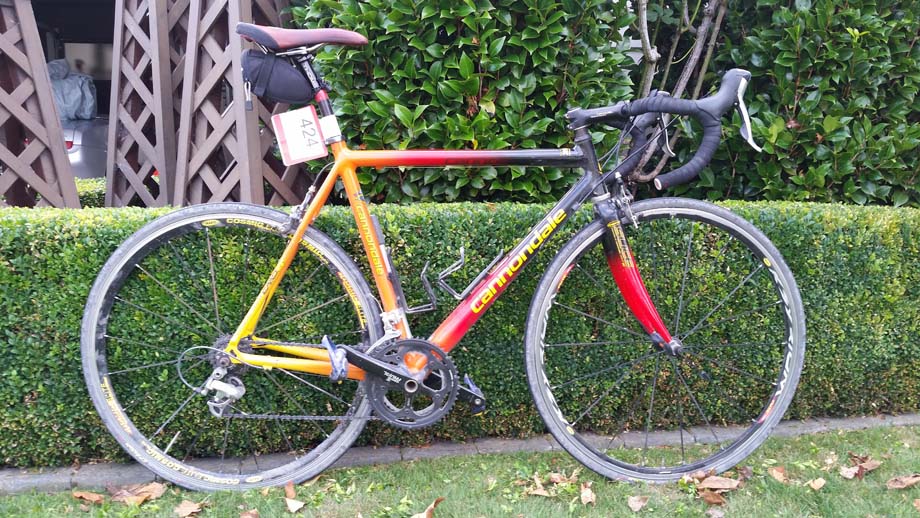 My bike post race, covered in dust but a successful day completed with zero punctures on 25mm clinchers.

I was perhaps not as coherent in my post race interview as the pre-race one but I had no hesitation when asked, “Would I come back to the Slicks and Stones again?” 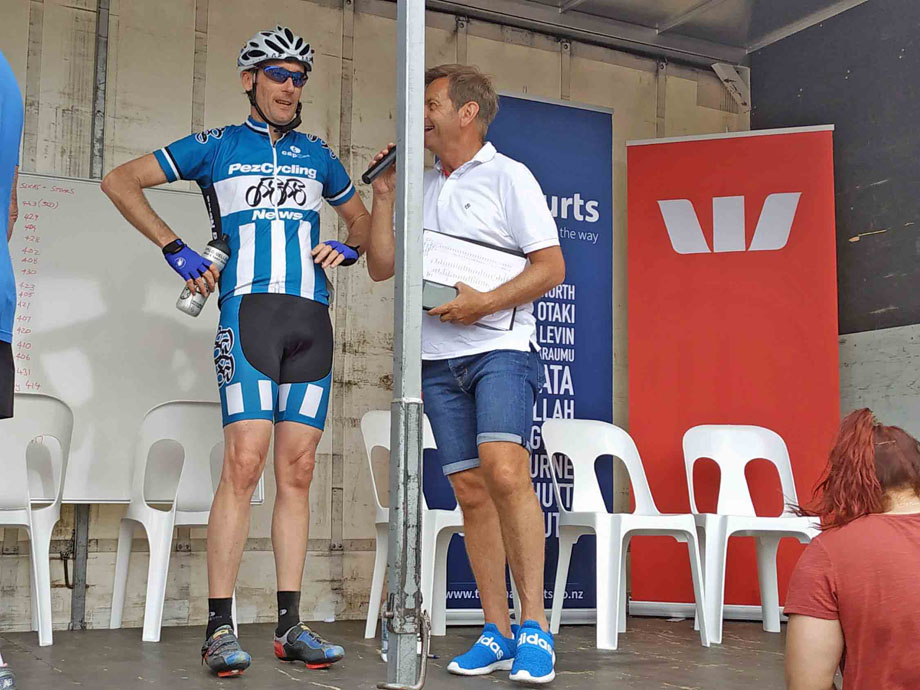 Keep an eye on gravelandtar.com for info on next year’s race in January.