Roadside Report: The big Basque one day classic in San Sebastian will battle it out this Saturday, so this gives us a great excuse to re-read Peter Easton’s Basque experience from last year. Cycling and food go hand in race mitt, especially in the Province of Gipuzcoa, Peter immersed himself in the Basque culture for 2½ unforgettable weeks of riding, food and great times. 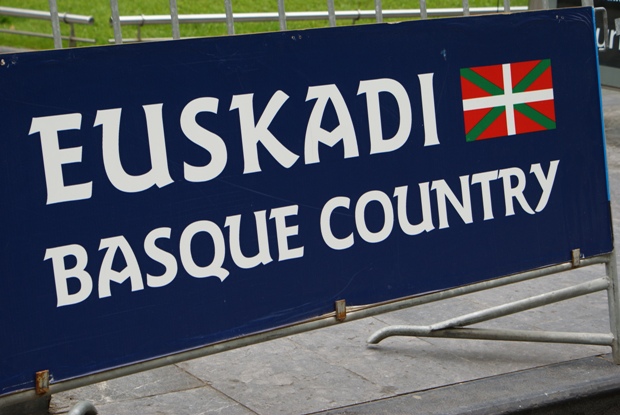 On any given day, dozens of riders are out, and the kaleidoscope of colors from the local clubs denotes their location. And while a cycling club is a big part of the social fabric in cycling, it’s another type of club – the eating club- that unites families and links generations throughout the towns and cities of the Basque Country. This is a uniquely Basque phenomenon, and one that is held in such high regard you must receive an invitation from a member to enter.

And while a Saturday night at the eating club is an extremely important social event, the Clasica San Sebastian – now in its 33rd year – is the most important cycling race in Basque Country and an opportunity to showcase not only the great scenery, challenging riding and warm hospitality of the Basques, but to also welcome locals and foreigners to experience the cultural importance of two of life’s greatest pleasures – eating and cycling. 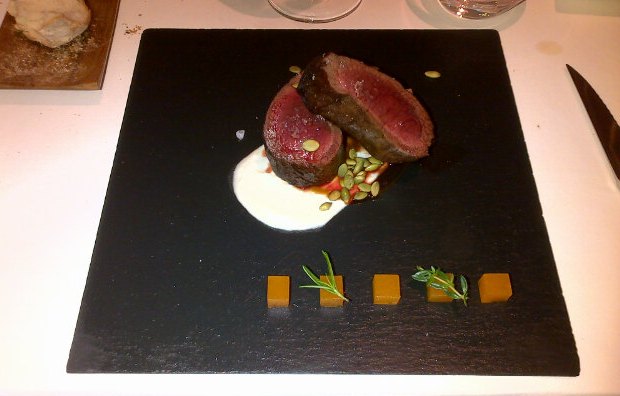 I was fortunate enough to be in the thick of Basque culture for 2 ½ weeks, culminating with a day viewing the Clásica San Sebastián and the people I met, the places I rode, the food I ate and the intricacies of daily social life that I immersed myself in contributed to a greater appreciation for a race I thought I had all but figured out a few years ago.

It wasn’t until I landed deep in the hills of Gipuzcoa, far removed from the ruggedly beautiful coastline and the sites and smells of San Sebastian that the definition of being Basque- and thus the Clásica – came to life for me. 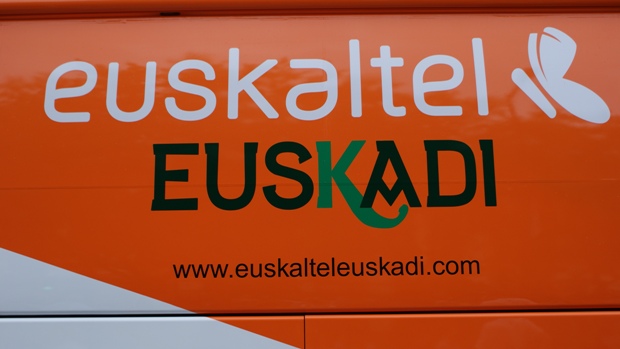 In riding 400 miles in 5 days over every conceivable “Puerto” in the area, I was able to explore the territory, experience daily life in the factory cities, ride and eat with the factory workers and live the daily life of a Basque – which most importantly included a pintxos, beer and wine social hour in and out of a number of bars before enjoying a large dinner from about 9:30-11:00 pm. This is essential to Basque life, and I was surrounded by people who spoke not of the drudgery of their jobs, but of the beauty of the day, and the great anticipation of their proudest race. 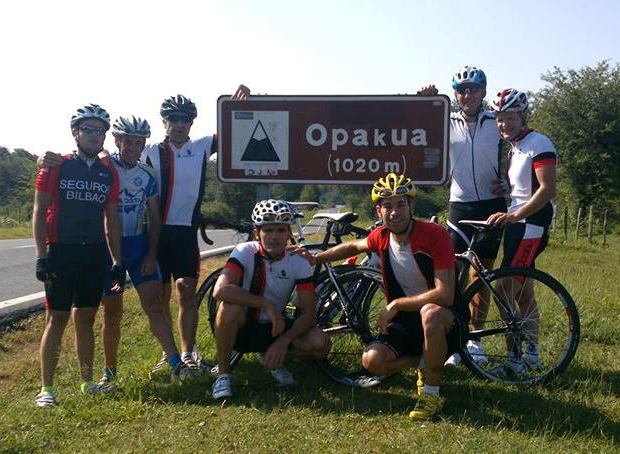 The camaraderie that surrounded me in the faces and personalities of men named Asier, Aritz, Inaki, Jose Maria, Gorrintxi, Angel, Quinni, Chaby, Karlos and Javy opened my eyes to the authentic life they live. Invited to Aritz’s eating club “Irrika”, Quinni made sliced potatoes with marinated octopus, a tomato, onion, chile and watermelon salad with shrimp, a pastry stuffed with hake filet and dressed with a mushroom sauce and then a filet of beef with small potatoes.

I first drank a kali motxo, which is wine and coke, and it was actually pretty good. Then I had some traditional Basque cider, followed by Rioja. They drink the wine and cider like they drink their solitos, just a small pour that you sip while eating. For dessert pastries were stuffed with chocolate cream and there was also a cake. I sampled a Basque liquer, patxaran, which is quite good. The social aspect of the evening was remarkable among the friends – all good natured ribbing, talking about everything (from what I could understand) and a mutual respect for each other, and it was the same I sensed on the bike that day as well. 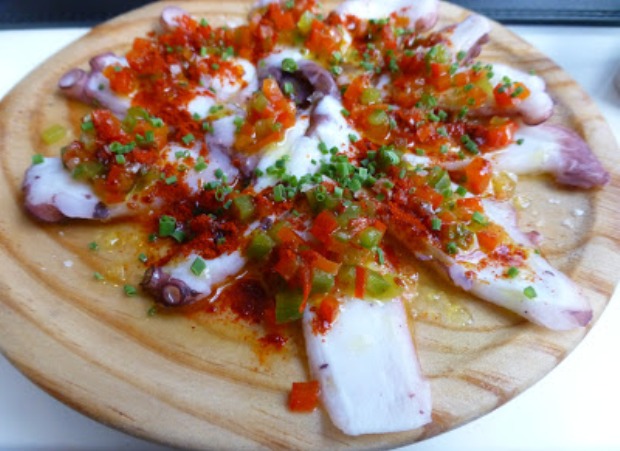 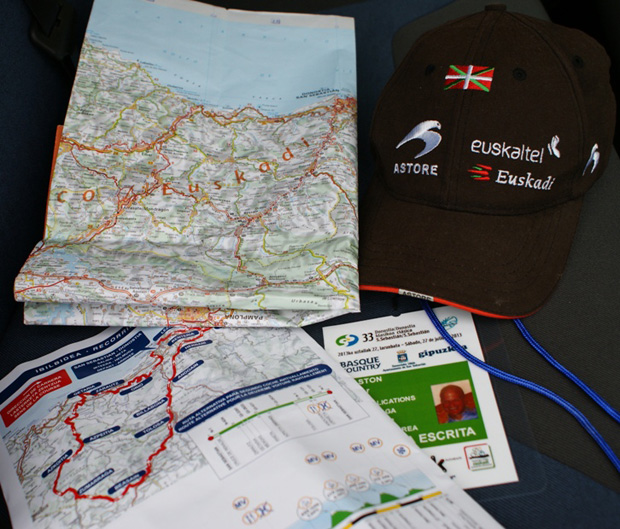 On race day, the faces that fill the Boulevard Aldapa that borders San Sebastian’s old center are bright with relaxed smiles, easy going banter and long, animated conversations with riders, directors, organizers and officials. While it’s an important race, the importance of being Basque is not lost and that is the social component that contributes to so much of the day. The most beautiful aspect of the start – save for the slow roll out along the famous Concha la Playa – was the relaxed atmosphere. 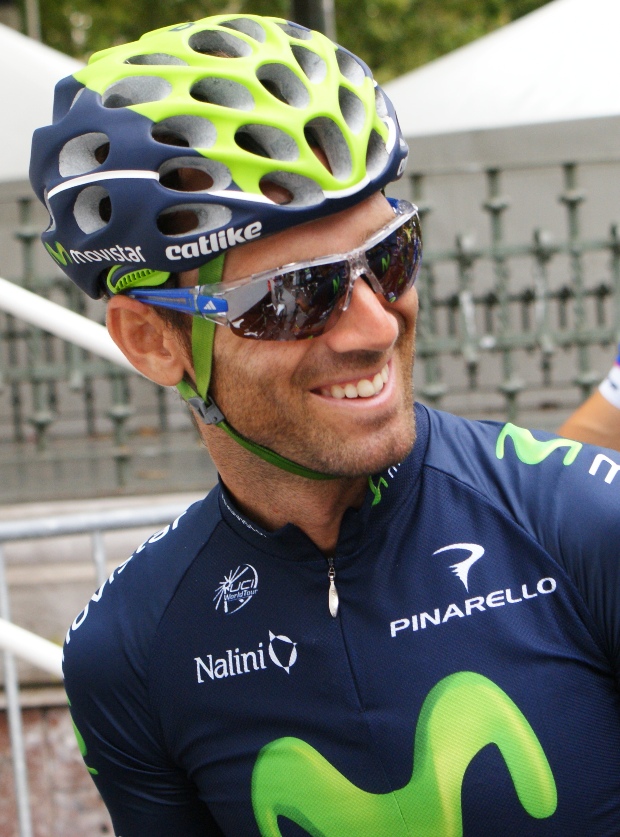 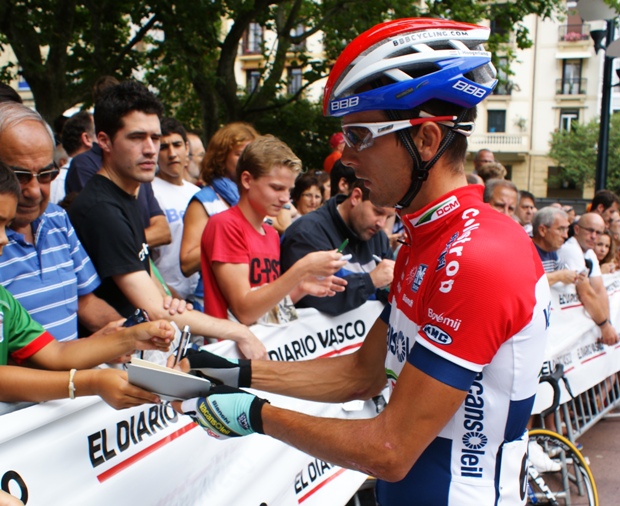 This is in such stark contrast to the Tour of Flanders or the Tour de France that if one stumbled upon the start it would be a bit difficult to figure out what was happening. But once the clock got close to 11:10 for the official start, the crowd had swelled and the riders prepared for a long and difficult day ahead. Raymond Kreder of Garmin-Sharp summed it up best when he said “it doesn’t take long in this race to realize you are either on a good day or a bad day. It’s a difficult race with two times up the Jaizkibel and there are a lot of riders here who want to win.” Kreder did not finish. 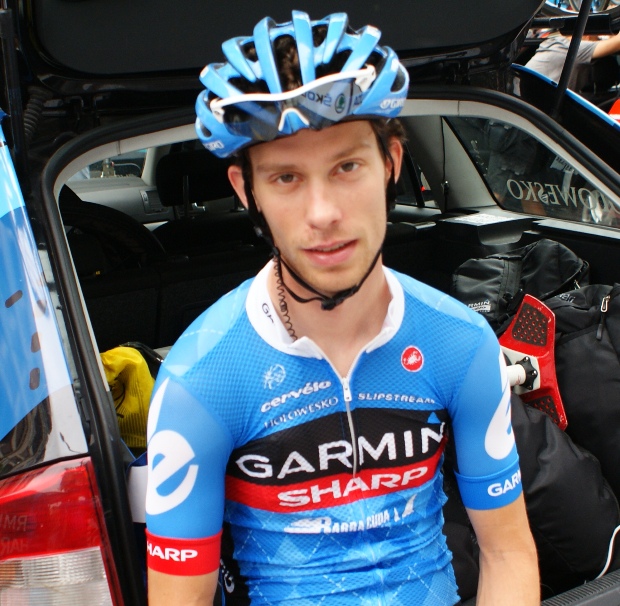 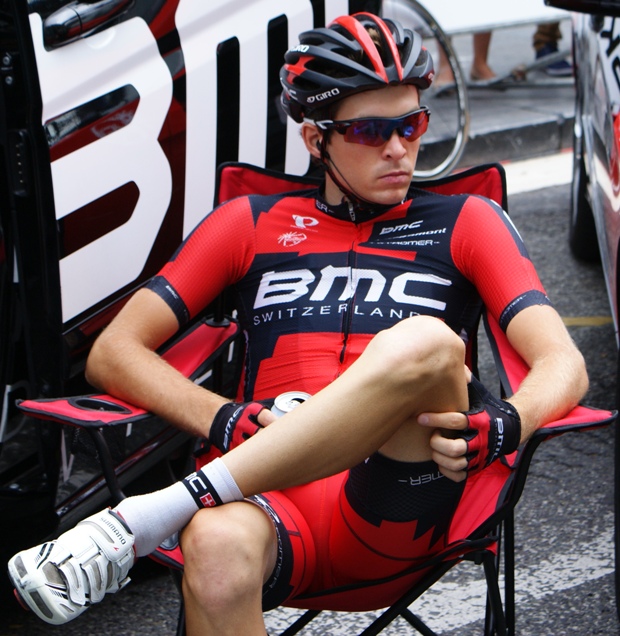 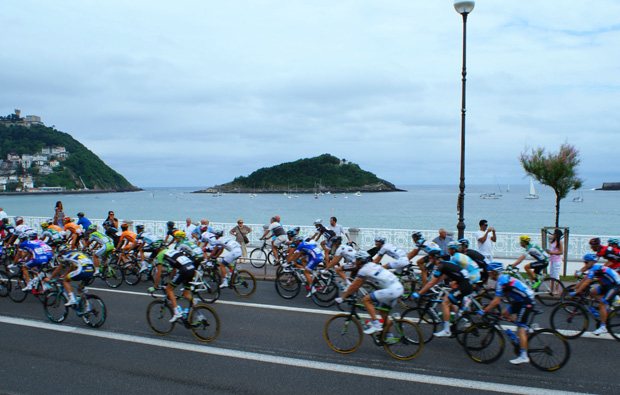 Before the race reaches the heart of the race in the port village of Lezo, it traces the coastline and climbs the Alto Orio and the Alto di Garate. The Alto Orio is a shaded climb rising out of the valley and the orio river basin before heading to the beach towns of Zarautz and Getaria. If there is a single location that defines the pristine beauty of the Basque coast and ushers the riders from heaven to hell, it’s the Alto di Garate. 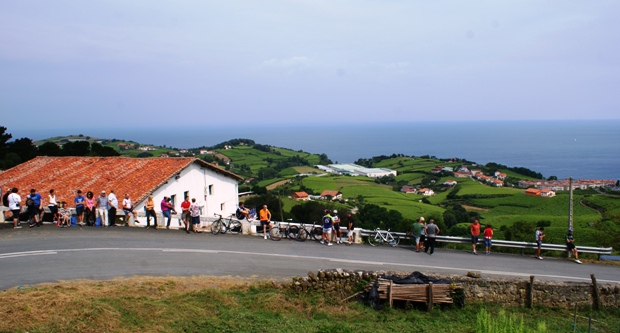 At 2.8 kilometers, it’s hardly a race breaker, but its 8.5% grade is exactly what Kreder was speaking of – if you’re on a good day, you’ll feel good here. If not, good luck. The climb itself is one of the high points, physically, in the landscape as the valley from Zumarraga twists its way to the coast. Following a stop for a panoramic photo op and a quick assessment of the day’s early break- which consisted of Olivier Kaisen (Lotto Belisol), Luca Wackermann (Lampre-Merida), Matthias Krizek (Cannondale) and Francisco Aramendia (Caja Rural). 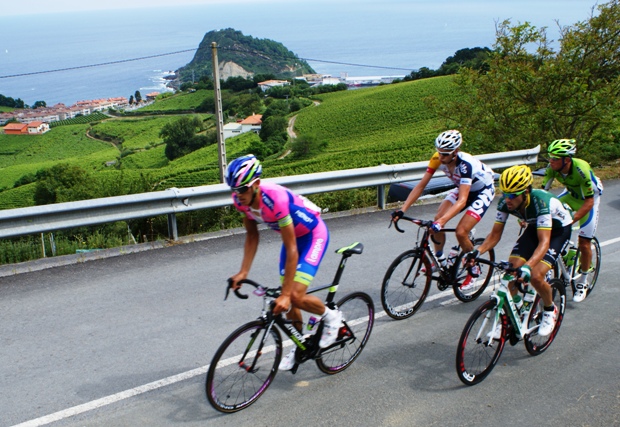 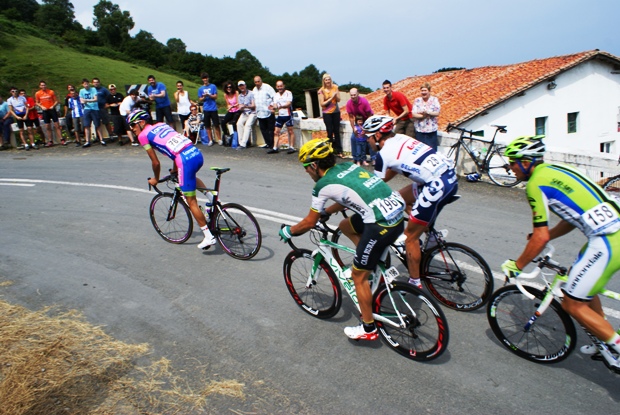 I negotiated the scrum of people that filled the climb. To my delight, the gang from Zumarraga engulfed our van and gave us their blessing as we slowed to shake hands, rub heads and laugh at the yelling of my nickname “Peio.” The smiling faces and friendly banter told not only the story of a bike race, but also of their lifestyle, friendships and loyalty. 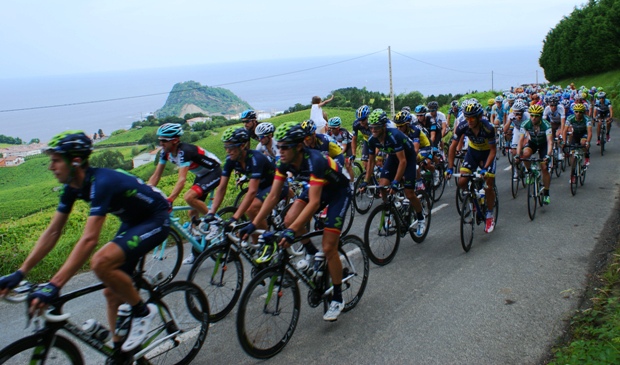 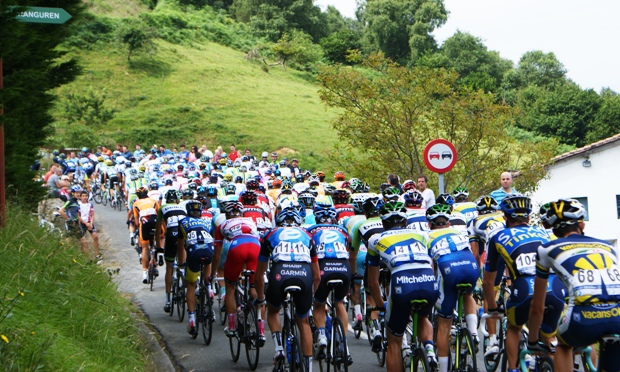 As the race retreated inland, the break maintained its lead and the peloton seemed content to let it tire itself out. Unlike the spring classics, a day viewing the Clásica consists not only of the social component, but the food component as well, and our next stop was the feed zone and some lunch at Asador Zelai.

The soigneurs had picked up on the same idea, and the time waiting for the race was spent eating, socializing and drinking coffee. A stress free race day? This seemed too good to be true. 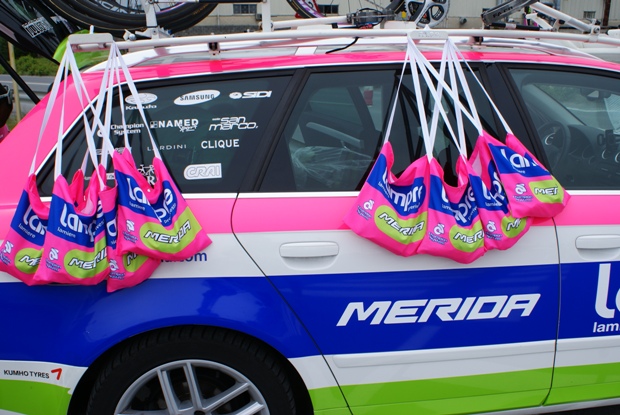 Following the ravito, we returned to watch the finish in a private room at our hotel, located at the 2 km to banner. Ander Elortegi, the hotel manager, came in on his day off to set up a projection screen for us to watch the critical part of the race and to join “other cycling fans enjoying the biggest race in the Basque Country.” As Tony Gallopin sped under the banner, it was clear a solo victory was his. A well timed attack and honest, hard riding got Gallopin to the finish line first and the Basques, never ones for excuses, applauded the winner. 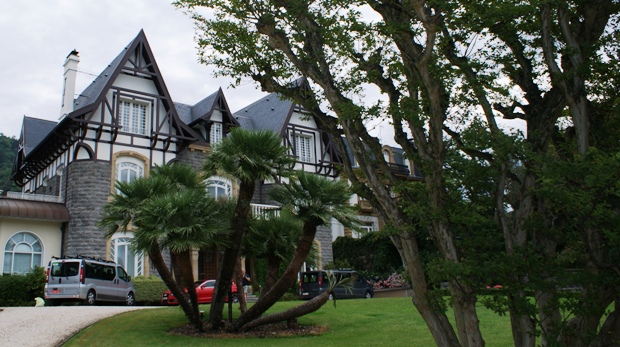 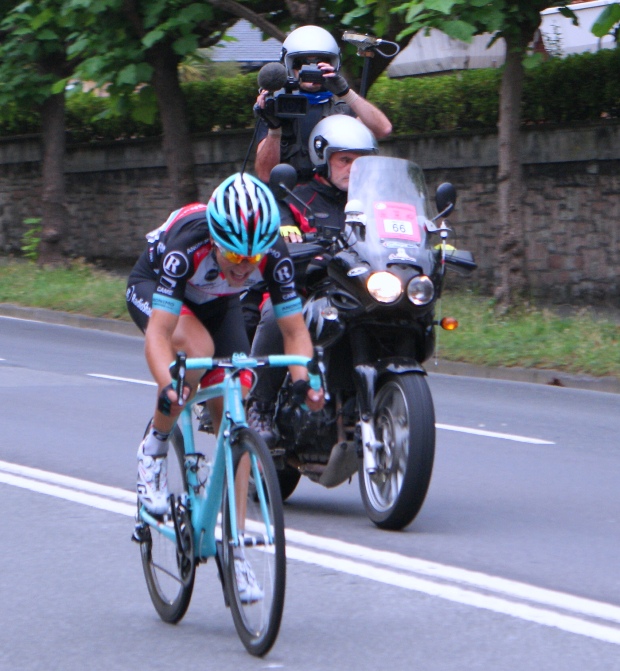 In reflecting on my time in the Basque Country, and the friends I met, the riding I did, the race I saw and the food I ate, I came to fully appreciate how all of this defines Basque life, and how it all came to center stage for the Clásica. As I shook hands with Chef Daniel Garcia after an amazing meal at his restaurant Zortziko in Bilbao, the same sense of pride that exuded from the race was matched in his kitchen. The preparation, the timing, the orchestration, the training, the details and the culmination. 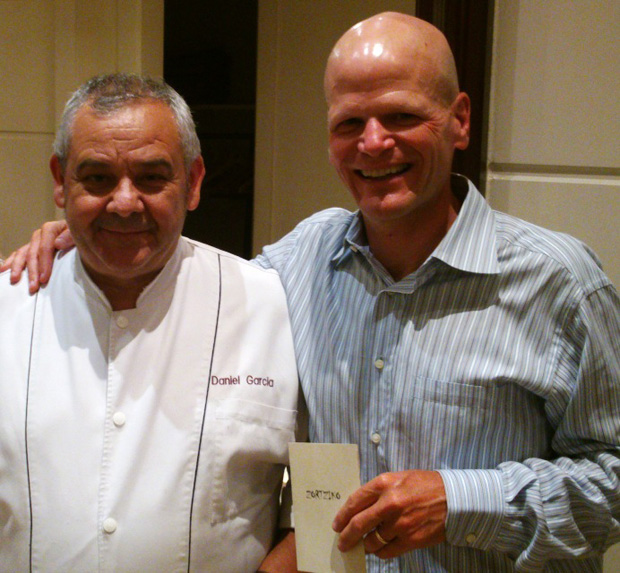 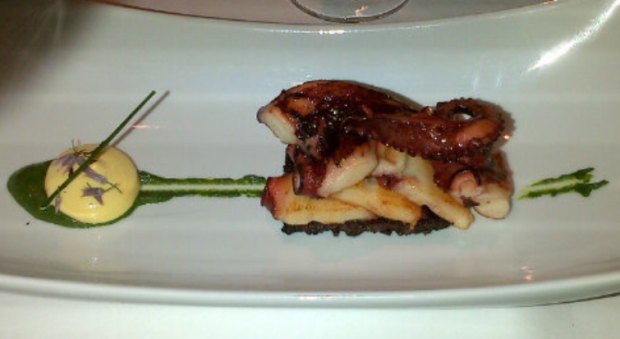 I thought of Tony Gallopin and wondered where he was eating, and if the txapela that is so elegantly stitched with the honors of victory was close at hand. I imagine now he too has a different perspective of Basque life, and hope he too enjoyed the gracious hospitality of the Basques on a day that he became an honorary Basque. I wonder how they say Tony in Euskera?

If you’re looking for a great guide for your European cycling adventure of a lifetime Peter Easton and his crew from Velo Classic Tours would be a good place to start. Visit VeloClassic.com for more information.
Like PEZ? Why not subscribe to our weekly newsletter to receive updates and reminders on what's cool in road cycling?