When we last heard from Joe Parkin in “A Dog in a Hat,” he was leaving the brutal environment of pro bike racing in Europe to return to the United States. Unable to obtain a new contract, he felt it was time to return to the United States and try his luck there, hoping that as an experienced professional (albeit more suited to the duties of a domestique rather than a starring role), he would make his way, somehow. This is the story of his latest book, “Come & Gone.”

When I went to Belgium the first time, I had a big duffel bag full of clothes, my bike and a spare set of wheels. Now, after hundreds of races against the best cyclists in the world, miles of scar tissue, memories of a hundred crashes, and a working command of several different languages, I was heading to the States with nothing more than a duffel bag and a couple of bikes—bikes that I would come find were second-rate. 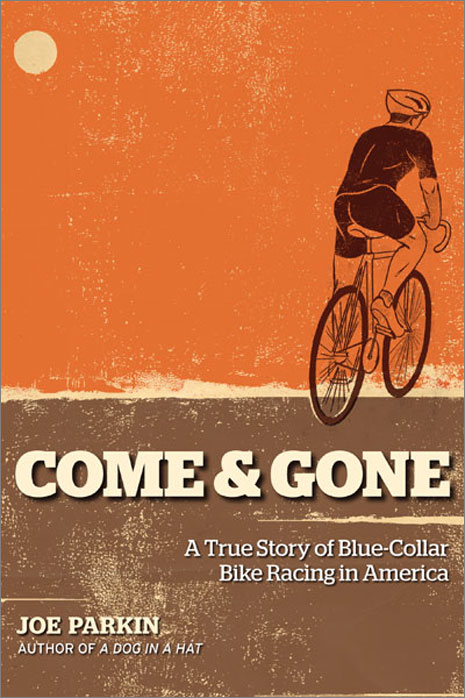 His plans vague, he arrived like a fish out of water, tuned to life in Belgium where he had spent six years, more than in any other single place. He stuck to his European routine, training now at home in Minnesota and experiencing riding in snow, on snowmobile trails. As the new year of 1992 rolled in, his European kit was getting threadbare and he had no team.

A surprise was dealing with US officialdom. To convert his status back to amateur, he would have to submit a resume but he was convinced by a friend to keep his pro status. Shortly afterwards he received an offer to ride with a team sponsored by a bike shop and a car dealership in Philadelphia for the princely sum of $4,500, plus a bike, clothing and shoes. According to my inflation calculator, this would amount to $7,046.92 in 2010 terms, so it comes as no surprise that he took the Greyhound bus to Philadelphia, a journey he describes as “a 34 hour adventure of pain, boredom and stink, the likes of which I had not previously experienced.” 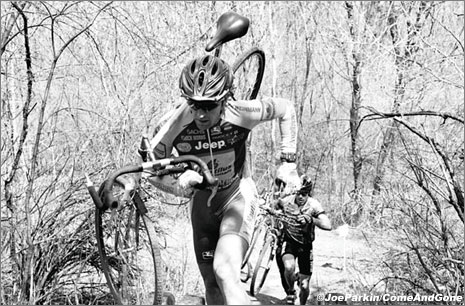 Of course, things get worse. He learned that the European-style training (well, minus the snowmobile trails) he had done over the winter was all wrong for the kind of racing being done in America. Instead of all-day road races, the circuit in the southeastern US in which he was to compete consisted of superfast criteriums. He was concerned that his cornering skills had lapsed to beginner levels. Furthermore, he had no defined role on this pick-up team and it was apparent that motivation was lacking for him as he raced in what was, to him, a foreign country.

The grind continued, and a hoped-for offer from one of the top domestic teams failed to materialize in 1993. His results were not impressive but at least he was racing. The team support was pretty sad, as in one important race in Minneapolis where the team car rolled right by him as he waited to get a wheel change. He recounts run-ins with other racers, angry old men on the sidewalk, SUV drivers and hippies. At least his salary had soared to $6,500 and he was even given a personalized Philadelphia Flyers (another team sponsor) jersey. He found off-season part-time work in a hardware store, and a bike shop. 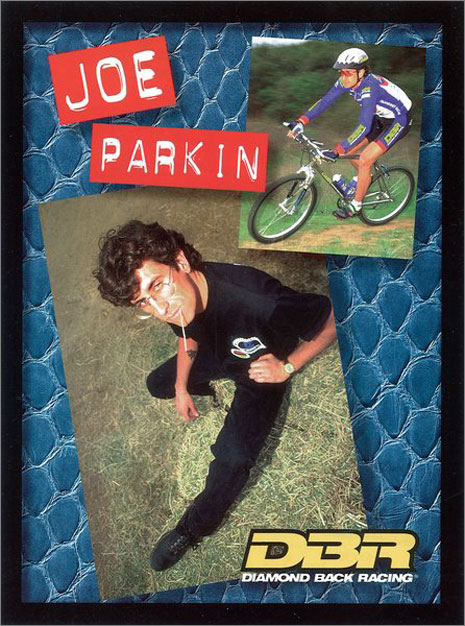 A big boost came with an unexpected offer to race with one of the top US teams, Coors Light, for $35,000. This was one of the powerhouse teams in US racing, such as it was, and was professionally managed. Joe Parkin was able to revert to his role as a reliable domestique and participate in races such as the Tour DuPont, but by 1994, the beer people had decided that there was better publicity in sponsoring women’s baseball than in pro cycling and the team was gone.

A switch to mountain biking and cyclocross saw some small successes, but by 1998 it was clear that the hand-to-mouth existence was grating. From being a team member, even in a poor team, he raced more as an individual. As he enters each new race, the reader has a feeling that this time it will be different—a win, or a podium finish, or at least being in contention for something. But so often he just slipped off the back, or blew up, or simply did not finish. When we are so used to great comeback stories, it is a disappointment somehow, but it smacks more of the exhaustions of real life. 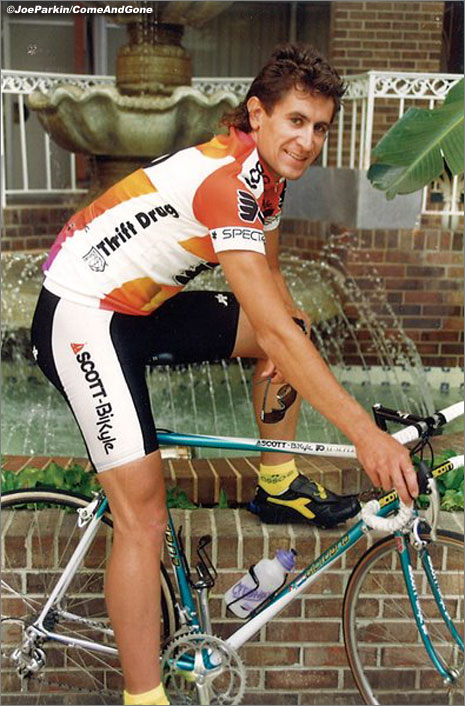 Unlike most North American fans, the people found in most pro race feed zones don’t serve up token encouragement; they don’t tell you you’re “looking good” when you’re not. Instead, if you’re completely out of contention in a race, they tend to look at you as if you were a once beautiful friend whose face was destroyed in a terrible accident, and you can feel their pain as they look at you or speak to you.

After he leaves cycling, he finds other outlets for his competitive urges, such as target shooting and motorcycle racing but in the end returns to the world of bicycles, where he feels most truly at home. “Come & Gone” is very well-written, even if coloured by the author’s rather jaundiced view of himself and his world, but gradually loses steam as his careers fades out, making it perhaps less enjoyable than his first book about racing in exotic Europe. 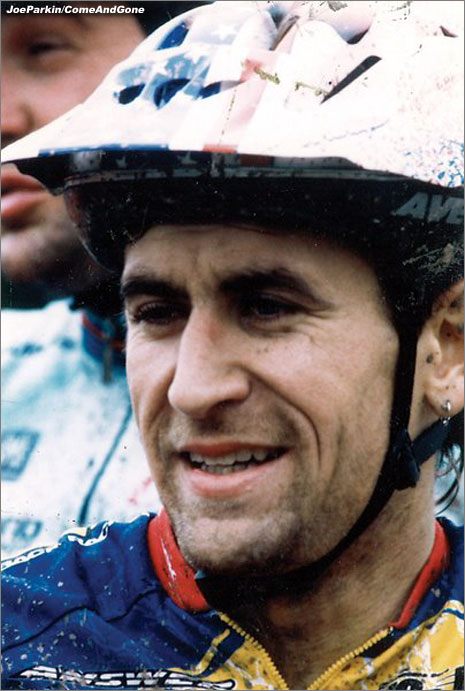 In spite of all that happens here—the lack of money, fame, perhaps relationships too–in spite of all the effort and pain, he concludes on a positive note, writing: “And no matter what, I still view cycling as the most beautiful and exciting sport in the world.” Good for you, Joe, and good for the reader as well.

***
When not finding the latest and greatest in cycling literature, you can find Leslie riding his bike. You can keep up with his adventures at www.TinDonkey.com.