T-Mobile: On the Road to Athens

The T-Mobile USA Women’s Professional Cycling Team was introduced to the media during a January training camp in Buellton, California. When I arrived to meet the team, they were actually in the middle of a photo shoot, but not the kind we expect from professional athletes. It was full fashion action as the girls each got their turn at being models for a day. And if what I saw is any indication, the days of mullets and moustaches in the women’s peloton are but a distant, horrible memory. 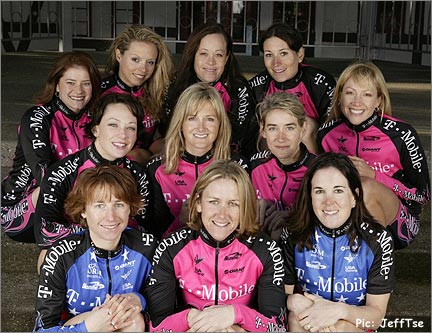 In spite of the obvious distractions, we got some scoop on their plans for 2004.

The team is off to a flying start, Lynn Gaggioli won the first race of the 2004 Season at the three-day Valley of the Sun Stage Race in Phoenix Arizona. And with the first World Cup race only a couple weeks away we asked Dede Demet-Barry how T-Mobile’s preparations were going.

Athens – Here We Come
With over 30 international and domestic events on their 2004 race schedule, T-Mobile has some lofty goals for 2004. Not the least of which is to medal at the summer Olympics. Lofty goals indeed, but not for a team roster that reads like a who’s-who of American women’s cycling. Between them, Mari Holden, Dede Demet-Barry, Amber Neben and Kim Bruckner can lay claim to world and national titles, Olympic and Pan Am games medals and World Cup wins. 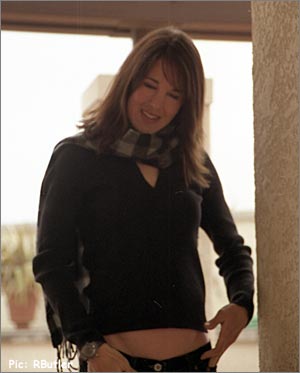 If that’s not enough, the team has its own pocket rocket. Trackie Tanya Lindenmuth is a former Olympian and double-gold medalist at the Pan Am Games. “T” is banking that Tanya’s electrifying sprint off the banks will be prove to be golden in Athens.

Couple all this with the support of T-Mobile – one of cycling’s most respected international sponsors – and the team is dialed for success.

But First, The World – Cup , That Is…
In addition to fielding a squad for domestic races, the team kicks off its international season February 22 in Australia as it preps for the 1st UCI World Cup race in Australia on February 29. From there it’s off to Europe for WC2 – the Primavera Rosa run along the Milan-San Remo road course. Then north to Belgium where the team will attempt to cobble together a victory on one of cycling’s most revered tracks – the Tour of Flanders. The team continues to follow the World Cup circuit as it rides the road to Athens, a major objective for 2004. 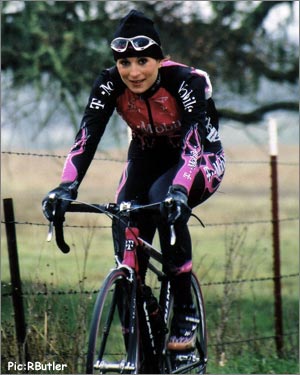 After the photo shoot, Dede Demet-Barry headed out for a few training miles.

PCN: Has the team decided which riders will go to Australia for WC1?

PCN: Will this group stay together for most of the European schedule?

DDB: I think the core of the group will probably stay together for most of the European schedule, but riders will probably be shuffled a bit. There is a team competing in Arizona while we are in Australia and some of the riders there may end up racing in Europe as well.

PCN: You guys will be spending a lot of time on the road. You’ll be away from ‘home’, away from friends and family. Does this actually help the team to form a stronger bond?

DDB: I think as the team spends more and more time together, a stronger bond develops through shared experiences. Also, as everyone gets to know each rider’s strengths and weaknesses, the team is able to work together more efficiently.

DDB: I miss Michael and all of our family and friends. I miss our espresso machine and reading the New York Times in the mornings when they are not accessible.

PCN: The Australian women have a full summer of racing in their legs at this point. On the other hand T-Mobile will be going into a world cup race without having raced for several months. What are T’s expectations for WC1?

DDB: Fortunately, T-Mobile is doing a three-day stage race in Geelong before the World Cup [ed: Geelong is also where WC1 will be held]. This should help to prepare our legs for the world cup.

I was not at the Geelong World Cup last year, but I heard about it from my teammates who competed there and the same course will be used this year. The course was not particularly selective. It was fairly flat, but the wind was a big factor in the race. This means that the race will most likely be quite tactical.

I think the race will be very animated, as the large Australian contingent will be trying to win in their home country and make their mark for Olympic selection. Last year, it sounded like the Aussies banded together and did not chase one another in spite of the fact that they were dispersed on different teams. I do not think there will be the same loyalties this year, with Olympic team selection on the line. I am looking forward to this race. 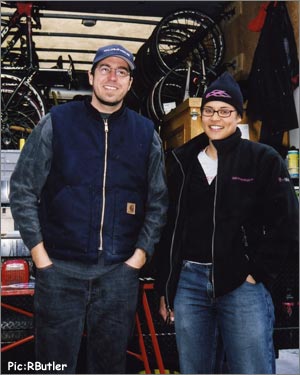 Mechanic Ken Whelpdale and PR Manager Amy Zirneklis are all smiles heading into the season.

PCN: The team has had a couple of camps already but hasn’t been together in any races this season. What is the mood as the team gets ready to start the season? Are the girls hungry and ready to go?

DDB: At training camp, the team seemed generally quite fit and eager to race. I think that everyone is motivated for the season.

PCN: The season is just getting started but already there is a buzz that 2004 is special because of the Olympics. How far ahead is the team thinking at this point? Is it race-to-race or is there a sense that the season is geared around building to the Olympics?

DDB: The season is definitely geared around building toward the Olympics, but we are looking only to one race at a time at this point, as the team will not even be selected until July 5, 2004. In the first part of the year, we will be focusing on the World Cups, a few of the tours in Europe and the Olympic Trials. This will take us to the end of June and then the final preparation will take place for the riders selected to compete in the Olympic Games and/or the World Championships. 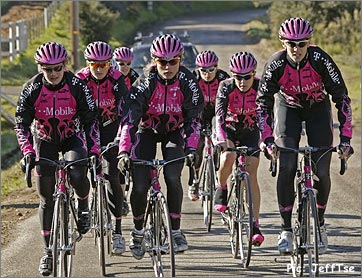 PCN: You had a strong finish to your 2003 season with a great ride at the world championships. As you head into this season, do you have a desire to clean up some unfinished business?

DDB: I like to split the season into phases and look race-to-race. First, I am looking forward to racing the Spring World Cups this season, as I have been in school the past few years in the spring and I have not raced any of them before. These races have an incredible history, they are classics. I had the sensation at our training camp that our team is stronger than ever. I think this will increase our chances in the races.

PCN: With the first WC less than a month away how much intensity have you introduced into your training?

DDB: After returning from training camp in California, I took a few days of recovery and then began doing some lactate threshold intervals on the bike. I am doing 4 intervals sessions per week. Snow has been falling on and off in Boulder for the past week, making it difficult to ride on the road, so a couple of my interval sessions have been on the trainer. I have been nordic skiing and hiking on my easy days and lifting weights as well.

DDB: Right now, I am doing long, steady lactate threshold intervals. I ride for an hour to an hour and a half total at my LT. I will soon start working into my schedule some intervals where I vacillate from sub-LT to supra-LT.

Will this be the second American team to find success on European soil? Will the team carry its message of “Nice Girls – Ruthless Execution” all the way to the podium in Athens? Stay tuned and in the meantime – You Go Girls!