The sun’s out, the snowdrops are blooming early and Levi has won the Tour of California; life’s sweet! But wait, what’s that noise? It’s the crypt door creaking open: it’s Viktor, and he has a big bucket of ice water in his hand!

PEZ: Astana, your ‘take’ please?
Vik: I think the team has been made a scapegoat. High Road – look at the admissions that Aldag and Zabel made; performance enhancing substances were an integral part of the T-Mobile team culture and yet they aren’t being subjected to the sanctions that have been applied to Astana. It has to be down to money somewhere along the line; It’s just a mess!

PEZ: What are your thoughts about the ‘new generation’ races?
Vik: They must be money-spinners for someone, especially Quatar, with all that oil revenue. With the UCI loosing all the ASO races, they need events to pin-on to the Pro Tour, that’s why ‘Down Under’ is in, isn’t it? Greipel that won it; what has he done in the past? Langkawi – can you remember the winner’s name (Well, actually yes, Tom Boonen)? and who, from the big teams wants to go from 40 degrees back to minus 6 at Het Volk?

California – I can see that Boonen and Bettini would have to get dragged there for Specialized, but it says a lot that a 41 year-old man gets more publicity than the winner; hats off to Michael Ball at Rock Racing for signing Mario (Cipollini), that was a real publicity coup. 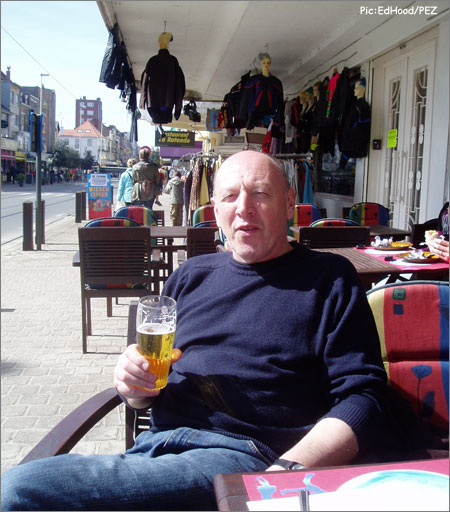 PEZ: What about ‘mondialisation’ – Tours of Russia and China?
Vik: Money again, in the case of Russia especially, wouldn’t that just be a device to filter currency out of the country?

PEZ: Do the riders need a union?
Vik: Yes, definitely, they should get together and stop fence-sitting, they should say; “we’re not taking this. Last year it was Unibet and now it’s Astana, it could be us next!” It seems that some riders have the attitude that if, say Astana, are under the spotlight, then the heat is off everyone else.

PEZ: If you edited a magazine or website, what would your counsel be to your journos on the doping issue?
Vik: Keep us out of court! There are so many people out there that you could write about on the subject – but you don’t have hard evidence on them – that it would be easy to end up at the wrong end of a law suit. 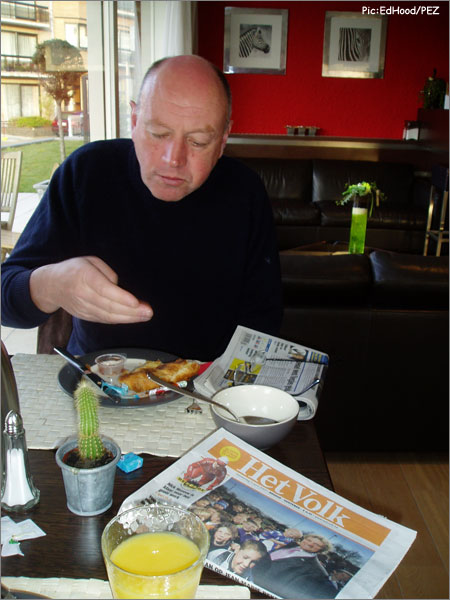 PEZ: Het Volk, why is it special?
Vik: It’s the first big race of the year and the fans are desperate to see the stars again. As for the riders, it’s like a world championship to the Belgians, they all want to win it.

PEZ: How many Het Volks have you seen?
Vik: Twelve, and the worst of those, by a considerable margin, was last year; Pozzato is a good rider, but he just doesn’t cut it for me. Look at Rambo (Niko Eeckhout) or (Gert) Steegmans or Big Bert (Roesems) they all look like pros should; none of them are into Alice bands! Or go back a year or two (or six) and look at Jaan Kirsipuu who won at Kuurne in 2002, he was a man.

PEZ: What’s your take on the new parcours, with the flat, fast run-in to the finish?
Vik: I think it will change the nature of the race from the winner coming from a solo break or small group to a bunch sprint; maybe not a big one, but I think it will come-together before the end.

PEZ: Prediction?
Vik: For Saturday (Het Volk) I think it will be one of Patrick Lefevre’s QuickStep boys, Boonen or Steegmans. But apart from the guys I mentioned earlier when we were talking about real pros – two of whom are coming to the end of their career – I’m wondering who the next generation of young Belgians will be. Nick Nuyens (Het Volk winner 2005) has to do something this year to show what he’s made of, apart from him, Kevin Van Impe could be good, and there’s Hoste and Devolder of course, but they’re not Spring chickens. I just can’t get excited about Gilbert. 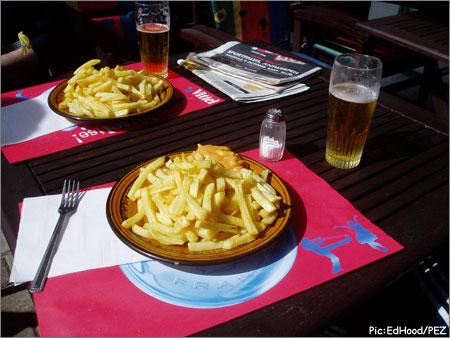 PEZ: Any advice for Pat McQuaid?
Vik: Get a proper job! What he’s saying to ASO this season – that Paris-Nice isn’t a legitimate UCI race and the teams better not ride it – he should have said last season. What happened to Unibet was a scandal, when a sponsor like that appears, who wants to invest millions in the sport, they should be embraced not treated like a sacrificial lamb!

We’ll be talking to the sport’s most out-spoken man again, after the Spring Classics.