The Road Back – A Journey of Grace and Grit

“He cleared out the broken teeth with his fingers, and then – what almost no one else on the planet and even few doctors would have known to do – he tugged the boy’s shattered jaw forward,” writes Michael Vitez, Pulitzer Prize winner and author of The Road Back – A journey of Grace and Grit.

We’re passionate folks here at Pez. More often that not we are fortunate enough to be in the thick of cycling’s happy moments. We bring it to our readers with the perspective of being on the inside. Matt Miller, a 20-year old University of Virginia student is the unfortunate subject whom Vitez writes about and he takes readers on an emotional rollercoaster of fear, concern, disbelief, joy, and tears. 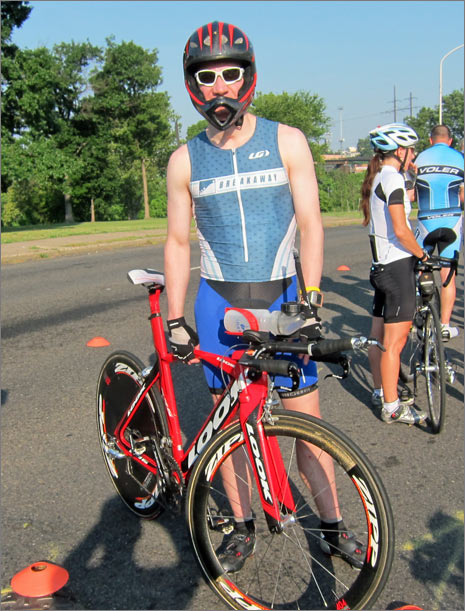 I first met Matt Miller in the spring of 2009 at Philly’s weekly TT, the West River Drive Time Trial near the Philadelphia Museum of Art. If you ride it during the long season then you are asked to volunteer and help out as a timer, give out numbers, or whatever is needed. It was one of those days for me and I arrived early. Also out riding much before the start time was a very fit looking “tri guy” with a full face, downhill helmet. He wasn’t alone, accompanied by his father and brother or close friend. While I was setting up before the start Matt and his crew were asking me questions about the turn around, start, and generally how things are run. I filled them on what I knew, told them it was very casual and to come back about 15-minutes before the start to get his number.

When I saw the helmet I assumed Miller had some type of previous head injury, like me, and I thought that it was great he was out there. I had three concussions over three years with the last one just a year prior. It had caused me to forget I had a daughter for a few days. Pretty scary and as a result I have given up mass start racing, seldom do group rides, and use the weekly TT as my “main” thing. I didn’t know at the time Miller’s story but I felt a connection. The next morning I opened up ‘The Philadelphia Inquirer’, our local daily newspaper, and found the first of several front page articles by writer Michael Vitez about Matt and I started to discover what he had been through.

While out on a training ride on the Blue Ridge Parkway 3rd year student Miller and two of his friends set out on a scenic route near the University of Virginia. With the main climb for the day complete, the boys relaxed and began their trip home. A classic car ride was coming the other direction and for a still unknown reason Miller veered into the side of a classic Porsche. Unconscious and face crushed, Miller had no idea how lucky he truly was. The last car riding sweep or what us cyclists call the broom wagon contained anesthesiologist Dr. Mark Harris, a highly experienced ER physician who according to Vitez had to make a “battlefield decision.” Harris explained that he tugged on Miller’s jaw because “it is a painful stimulus.” “The idea is that if you provide a painful stimulus, they will breathe on their own. I hurt him as best I could to get him to breathe,” said Harris in The Road Back.

Harris was the first step in Miller’s recovery. Had Harris been anywhere else in the caravan and not had the opportunity to respond then I probably wouldn’t be writing this book review. But, the other hero in this story is Miller and his will to succeed, a direct result of his upbringing. Miller completed his semester, registered for his final year of college, and conquered Iron Man Cozumel just two years after his crash. There were many small and large challenges and milestones that Miller would face during his recovery. Vitez takes you inside Miller’s close knit and loving family. They are driven, successful and the most incredibly supportive family whose lives were also turned upside down as a result of the crash. Miller’s girlfriend, now fiancйe Emily Privette provided the support that only someone who truly loves you would. Miller’s parents, Mike and Nancy, did what they had to in order to provide the best for their son under trying circumstances. 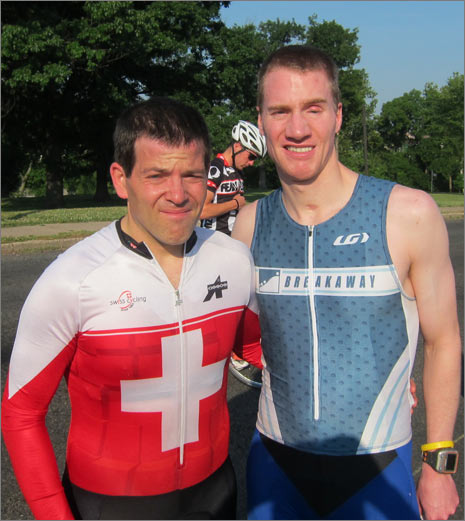 Matt Miller can still be found most Saturday mornings riding his TT bike with the downhill helmet. He’ll tell you that it’s hard to train just three hours per week and go fast but he is. Matt is in his final year of medical school and is currently on a surgical assignment but he’s still pretty fast. I have no doubt that Miller will succeed in everything he takes on. Miller is an incredible person who is truly inspirational. Some stories do have a happy ending. 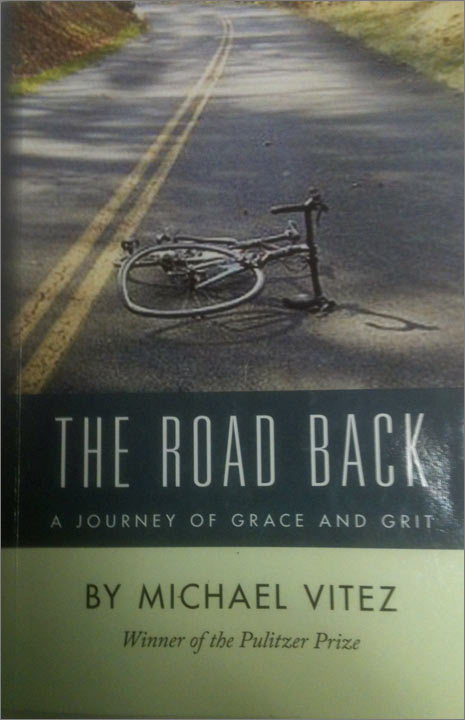 Read about Matt and his amazing journey in The Road Back, A Journey of Grace and Grit by Michael Vitez, available at www.michaelvitez.com
.