The “Route Du Tour” Label On The Col D’Izoard 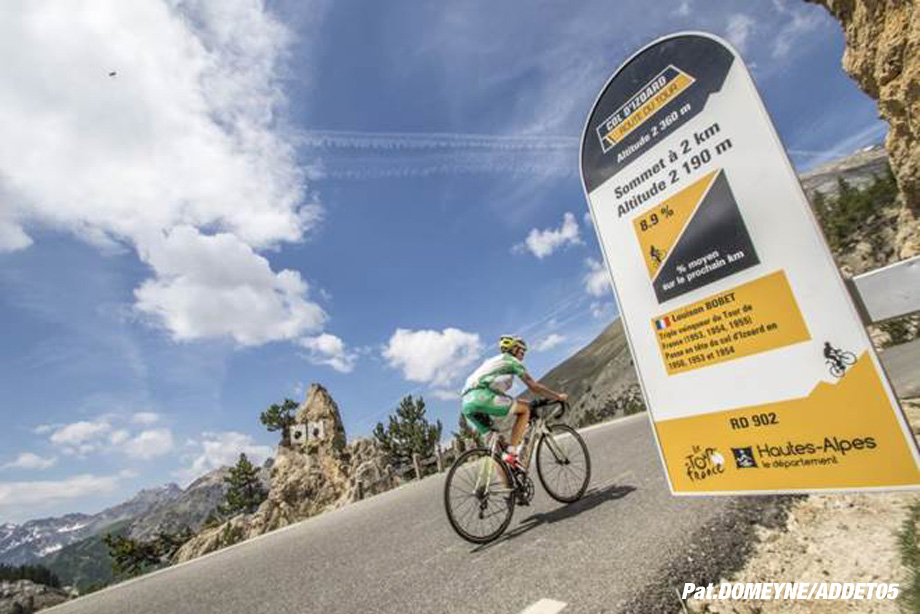 For the creation of the “Route du Tour” label, which is intended to become a reference especially for amateur cyclists measuring themselves against the Grande Boucle’s mountain roads, the climb up the Col d’Izoard was heralded by several prestigious patrons. In the middle of reconnoitering with a view to the finish on 20th July, Romain Bardet and Pierre Latour unclipped from their pedals for a chat about the Col d’Izoard with Bernard Thévenet, one of few riders who have tamed it. All that was missing were Bobet and Coppi… 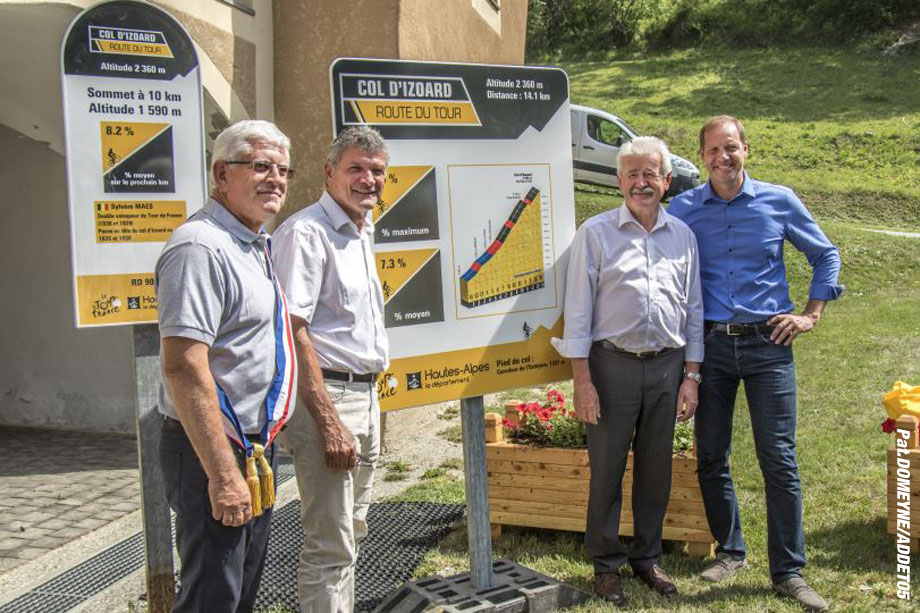 History and a new label come together for “Route du Tour”
They are not merely roads like any others. The history of the Tour de France has been built on the tarmac on which the riders sweat, struggle, shake and dream. “The climb up the Col d’Izoard in 1975 was my biggest thrill,” confided Bernard Thévenet yesterday to Romain Bardet when encouraging him to get to grips for the first time with this out-of-the-ordinary-ascent, in a training context for the moment. This chance meeting of some of the sport’s giants made for an elegant launch to the “Route du Tour” label, which this year will be assigned to three climbs on the program for the 2017 edition: the Planche des Belles Filles, the Col de Peyra Taillade pass and also the Col d’Izoard. On these roads, signposting bearing the distinctive stamp of the Tour de France will be especially aimed at the many amateur cyclists who come to tackle the prestigious climbs on the Grande Boucle. There are many “Route du Tour” events planned. The first is taking place yesterday in Briançon, where 70 amateur cyclists have set off up the giant Col d’Izoard, via the roads to be used by La Course by le Tour. Among them, Charlotte Bravard and Roxane Fournier, members of the FDJ Nouvelle Aquitaine Futuroscope professional team, are taking advantage to carry out reconnoitering before their race in July. 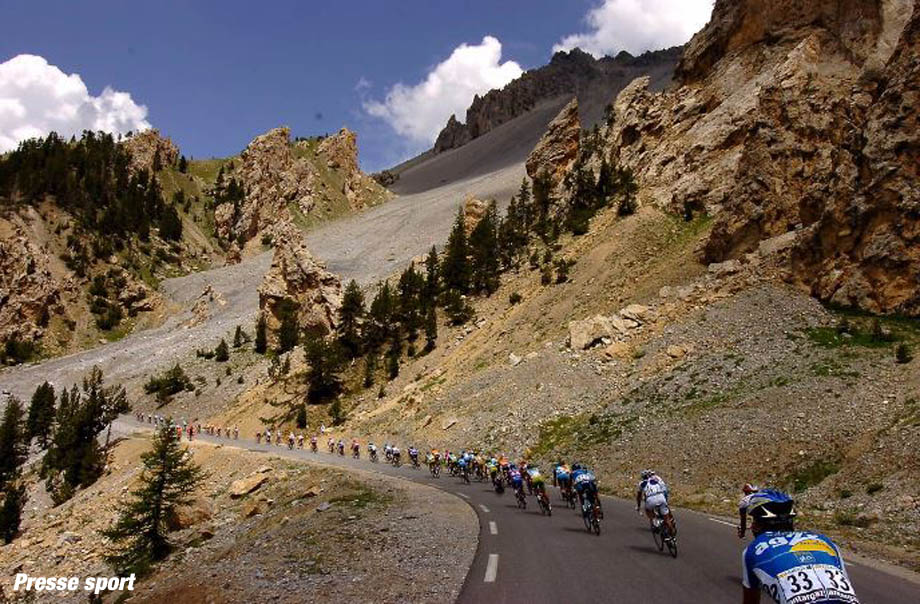 The Tour de France and the Col d’Izoard
Belgian Philipe Thys was the first Tour de France rider to reach the summit in 1922. Since then, the Tour de France has climbed this pass, which owes its mythical status to the lunar-like landscape found at the point named Casse Déserte, 33 times. The leading climbers of the pack such as Coppi (1949-1951), Bahamontes (1958-1962) or Merckx (1972) have tamed it by reaching the summit in the lead. However, nobody has ever won a stage there. 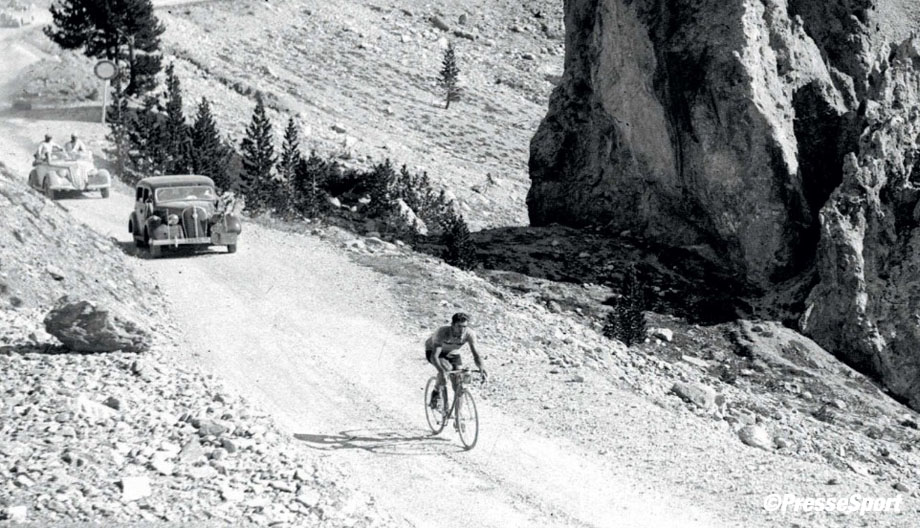 For the first time on 20th July, the Col d’Izoard will host a finish, on the 18th stage of the Tour de France. This unprecedented stage climax at the summit of the pass calls to mind those on the Col de l’Aubisque in 2007, the Col du Tourmalet in 2010 or the Col du Galibier in 2011. Several hours before the men’s Tour de France pack, the women riders will also have the honor of tackling the formidable slopes of the Col d’Izoard as part of the 4th edition of La Course by le Tour. There will be no Champs-Elysées for the ladies this year: the event is changing scenery and heading to the Alps, offering exceptional views to the competitors over the 67 kilometers of racing. 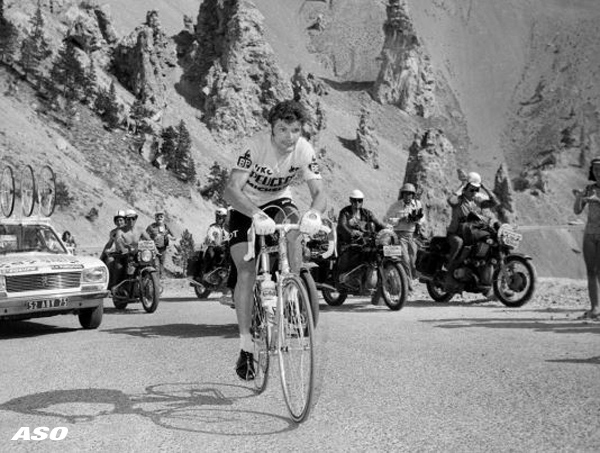 Bernard Thévenet and the Izoard
“Ô Izoard, just listening to your name, I have goose-bumps. I climbed you four times on the Tour de France and every occasion remains in my mind. Of course the most memorable has to be the one in 1975. Louison Bobet had asked me to enter the Casse Déserte on my own and to reach your summit in the lead if I wanted to become a champion. A warm sun made the roads burning but a mad crowd encouraged me. It was a moment of sharing, of communion. Those few minutes remain the most memorable of my career. Thank you Ô Izoard, without you I wouldn’t have become the man I now am.” 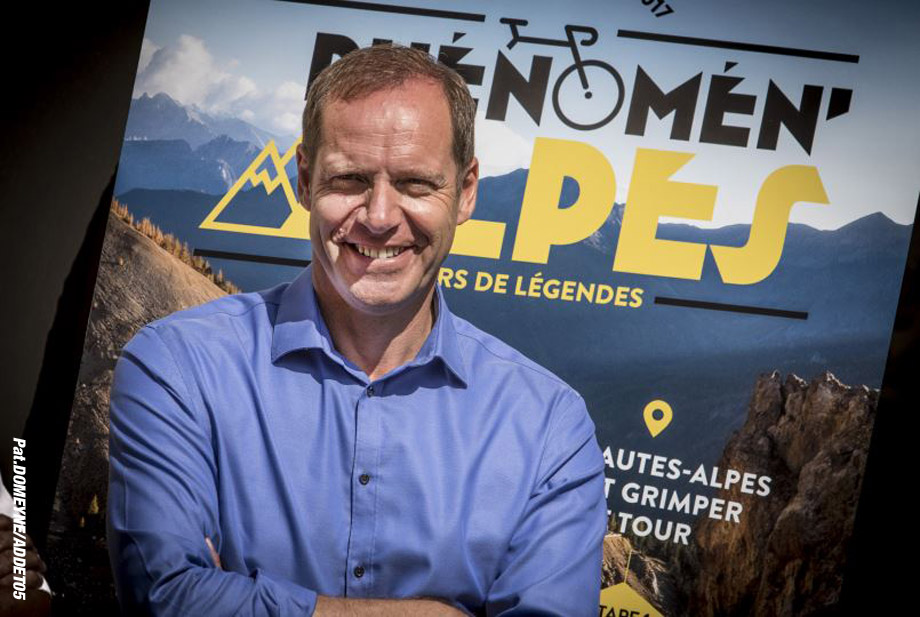 In the words of Christian Prudhomme
“The Col d’Izoard boasts a unique setting, especially the Casse Déserte, which magnifies the feats of Le Tour’s champions. On 20th July, for the very first stage finish at the summit of this legendary pass, spectators and viewers who are not familiar with it will be able to discover a place of exceptional beauty as well as the position it occupies in the history of the Tour de France. It is very symbolic that the Col d’Izoard is the first to be granted the “Route du Tour” label, so that visitors from all over the world and in particular amateur cyclists can put themselves into the champions’ shoes when they come to climb it.” 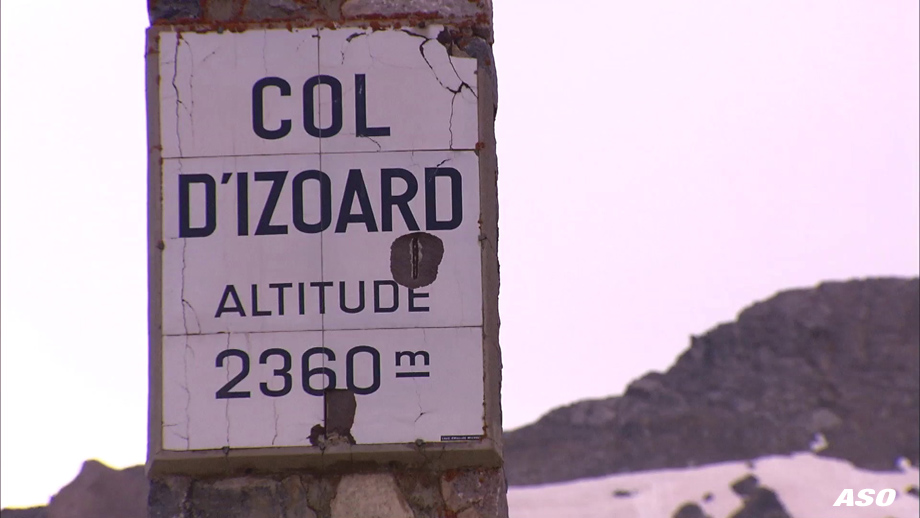 Etape du Tour: become part of the legend
Giving the chance to experience the mythical Grande Boucle on the same roads and in the same conditions as the professional riders on the Tour de France is the promise that has been kept by the Etape du Tour since 1993. 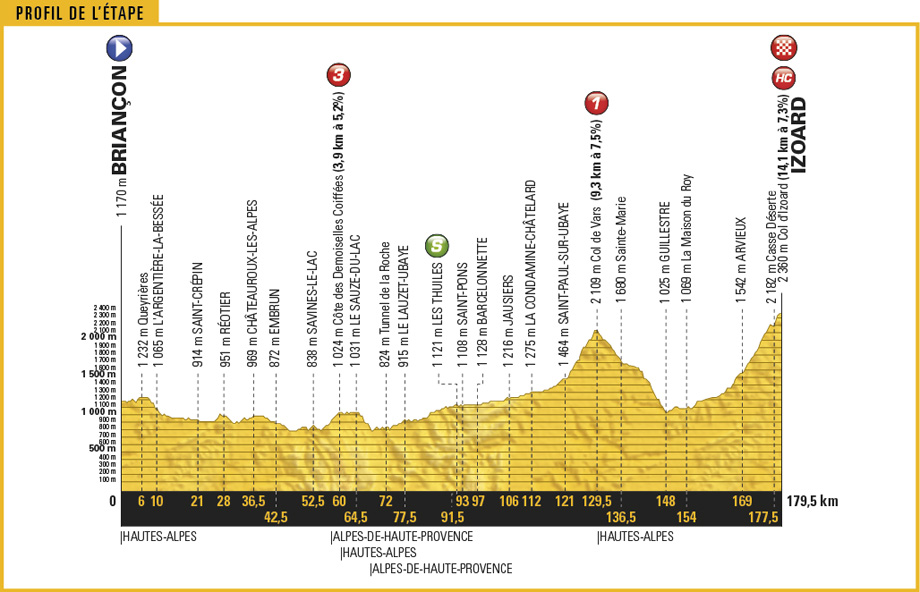 This year, the challenge for 15,000 amateur cyclists from 72 different countries will be historical. On 16th July, they will be heading up the Col d’Izoard for an unprecedented altitude finish (2,360 m), four days before the pros.