The Wounded Warrior Projects Soldier Ride provides rehabilitative cycling events for severely injured service members. The program offers wounded warriors a chance to get on a bike and prove to themselves, “Hey, I can still do this”. It’s not about politics. It’s not about the war. It’s simply about men and women who are recovering from serious injuries and overcoming extreme adversity.

For many of these combat-wounded veterans the program offers a way to return to an active lifestyle. Most of these men and women have been physically active throughout their lives and are eager to reclaim an athletic activity. 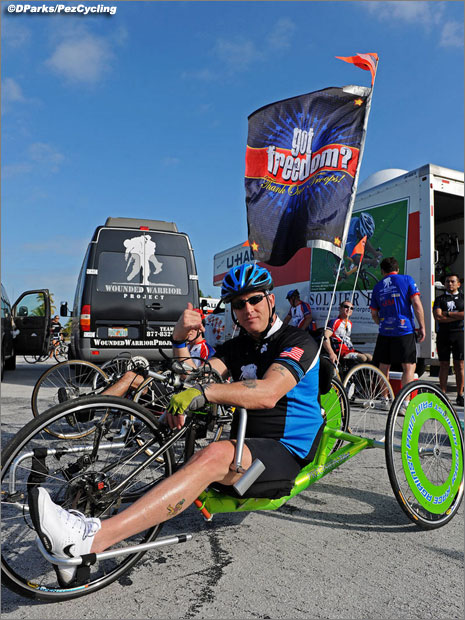 Like the flag says “Got Freedom? Thanks our Troops!”

This year I once again had the privilege of spending some time with the Soldier Ride participants at various rides on the east coast. I now look forward to going to the Florida Keys in January each year to ride with the Wounded Warrior Project (not to mention escaping from the winter weather in Virginia). This year I had the honor of meeting many wounded warriors at different Soldier Ride events in Florida and Washington DC. It’s very inspirational participating in these Soldier Rides and riding alongside these brave men and women. It really gives you a great perspective on life and what the human spirit is able to overcome. 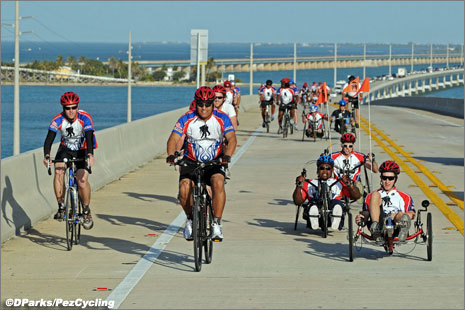 Riding across the 7 Mile Bridge out of Marathon, Florida.

I joined up with the Soldier Ride in the Florida Keys for the Sunshine State Challenge. This is one of the more popular events as Florida is obviously a great place to be in January! The ride starts in Miami, traveling through the Florida Keys, and ends in Key West a couple of days later. I hooked up with the riders on the second day as they rode throughout the middle keys. 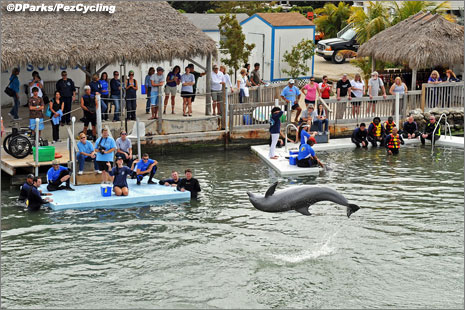 The riders enjoy the show at the Dolphin Research center in Marathon Florida.

New to the ride this year was a stop at the Dolphin Research Center in Marathon Florida. The soldiers were treated to a dolphin show and had the chance to actually swim with the dolphins. The riders had a great time interacting with the dolphins and seemed to be getting much therapeutic value from the experience as well. 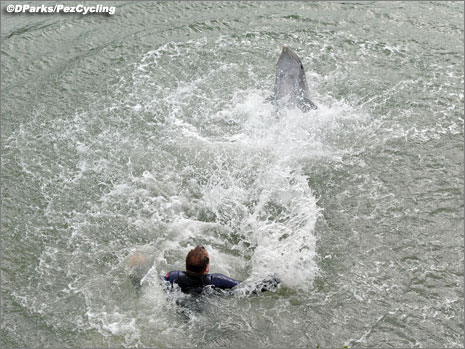 Splash Fight! Swimming with the Dolphins at the DRC.

The day’s rest stop was held at the local DAV (Disabled American Veterans) post where the warriors were greeted by a huge cheering crowd. They were then treated to a welcoming ceremony by the local American Legion Color Guard. A nice lunch was donated and served by the Veterans Council and many other local volunteers. Donations from local fund raising events were also announced and distributed at the stop. The local organizations and citizens of the Florida Keys certainly went all out to support the Warriors of the Soldier Ride. The day finished with a beautiful ride across the famous seven mile bridge. 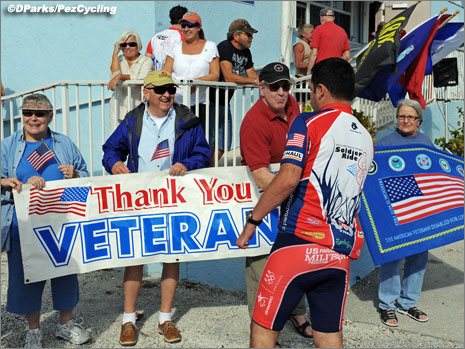 A warm welcome at the Disabled American Veterans Post in Marathon Florida.

The next day I met up with the riders at US Naval Air Station in Key West, Florida for a ride through town. The riders were greeted by many locals and tourists on the way to the finally. 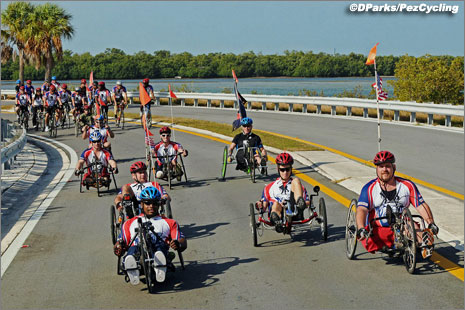 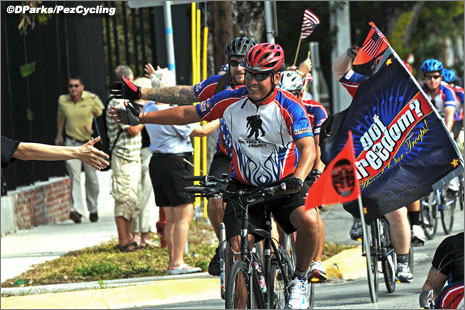 Greeted by the locals and the tourists. 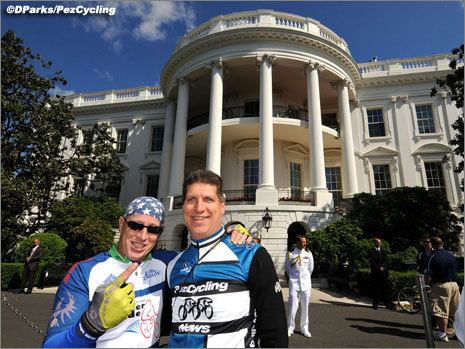 Flying the PEZ colors at the Whitehouse. 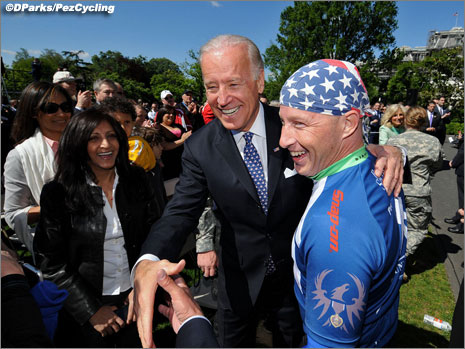 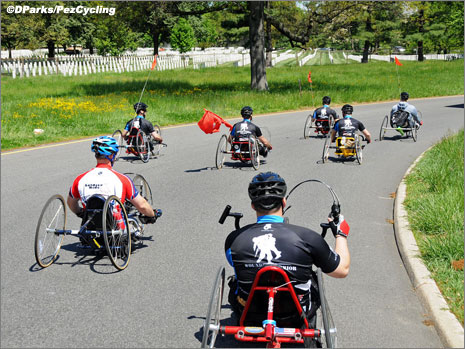 The Soldier Ride event continued beyond the White House with rolling road closures through the streets of the US capitol. I felt proud to be riding with these brave cyclists as tourists and bystanders cheered them on while we made our way down Pennsylvania Avenue to the finish on Capitol Hill. 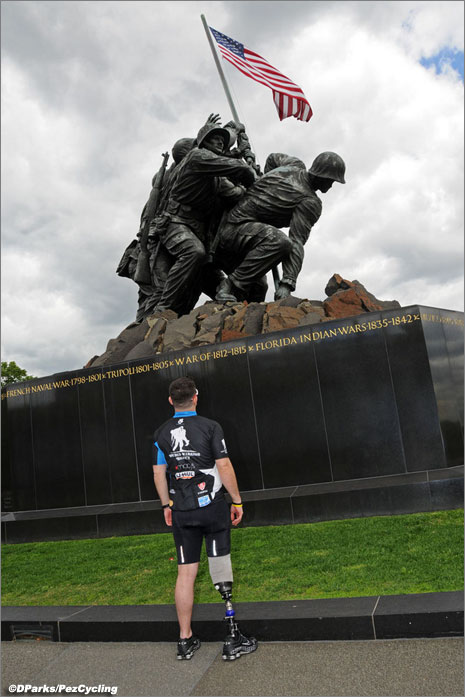 The DC ride included a stop for lunch at the Iwo Jima Memorial. 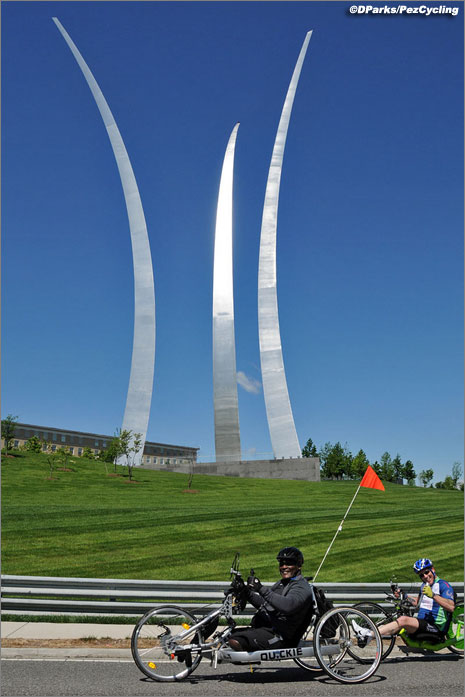 Passing by the Air Force Memorial.

The final day of the Whitehouse to Lighthouse Challenge I found myself meeting up with the warriors in Annapolis, Maryland. We biked from Jonas Green Park through the campus of the U.S. Naval Academy and historic Annapolis. At the Naval Academy, throngs of midshipmen and instructors clapped and cheered for the warriors. The crowds were extremely energetic and seemed to be four to five deep along much of the route through the Academy. 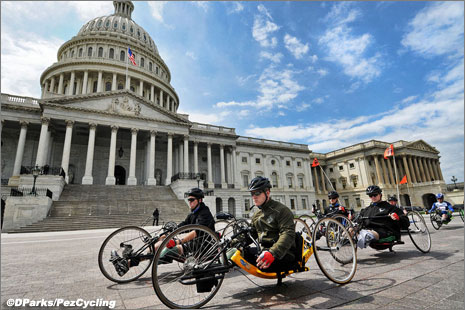 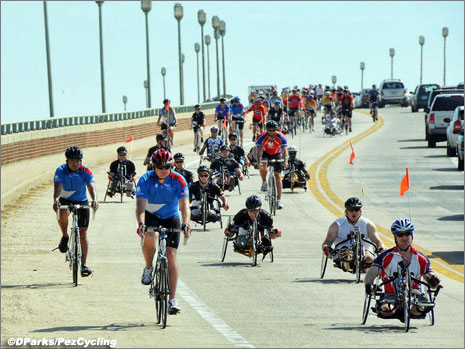 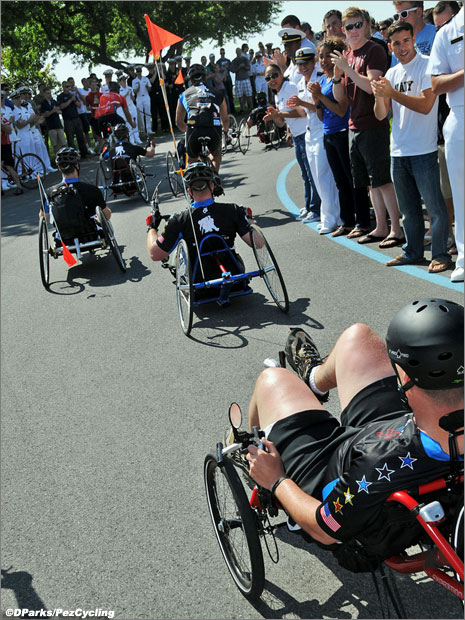 Cheered on by the crowd at the Naval Academy in Annapolis. 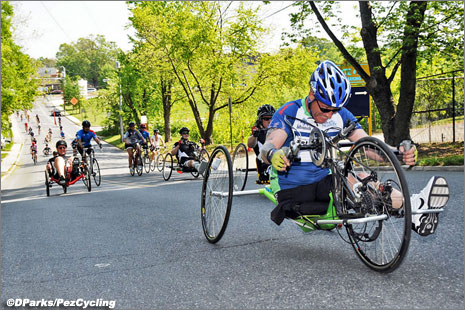 The ride concluded in historic downtown Annapolis at Armadillos Pub. The warriors were treated to great food and spirits thanks to the generosity of the proprietor. The riders were excited to complete another soldier ride. Some of them had just finished their first, some had completed too many to remember, but they were all certain this one was not going to be their last. 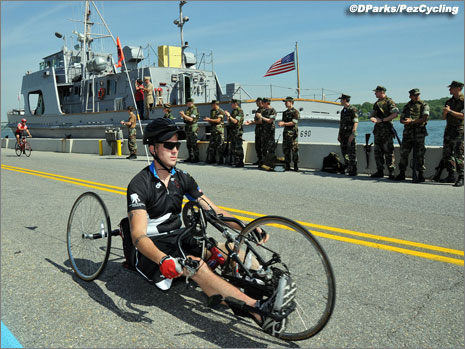 Riding through the Naval Academy in Annapolis, Maryland. 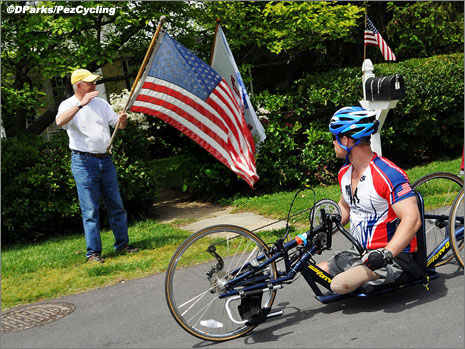 A patriotic greeting in Annapolis.

As the November temperatures start to dip, I’m reminded that winter will soon be rearing its frosty head here in Virginia. It’s time for me to plan my next soldier ride as well. January in the Florida Keys sounds just about perfect. 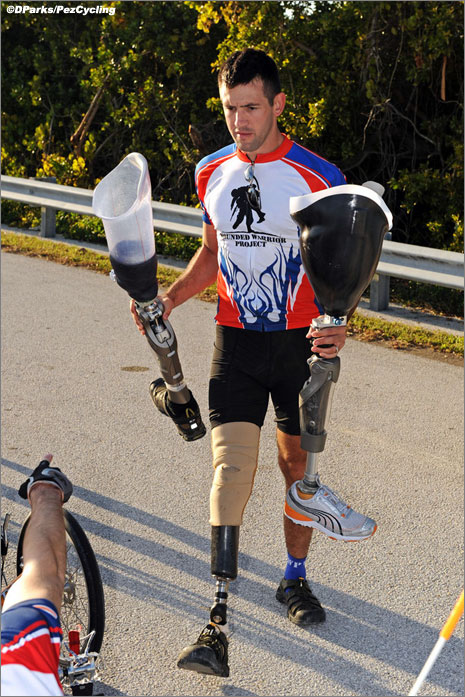 Delivering the hardware for the return to the non-cycling world.

The Wounded Warrior Project serves soldiers with injuries from loss of limbs to Traumatic Brain Injury, or TBI. It’s estimated that TBI accounts for almost 25 percent of combat casualties suffered by US Forces in the Global war on Terror – nearly 5000 service members! Make it a priority to get out and support the efforts of the Wounded Warrior Project and its events such as Soldier Ride. You’ll be glad you did! 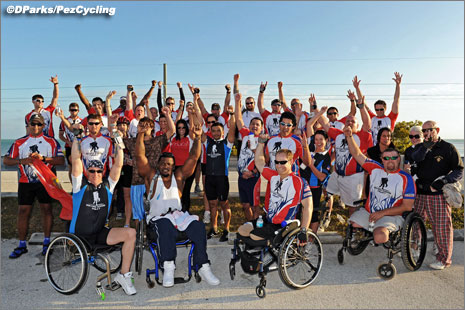 For information and to participate in a ride, visit Wounded Warrior Project