Tirreno Adriatico 2012 St. 6: It’s been years since I last saw the Tirreno Adriatico and today I booked a full afternoon out of the office and out of father duties to chase this race. I’m here to pass an afternoon in full relax chasing my favorite sport in a beautiful land. Is there anything better? 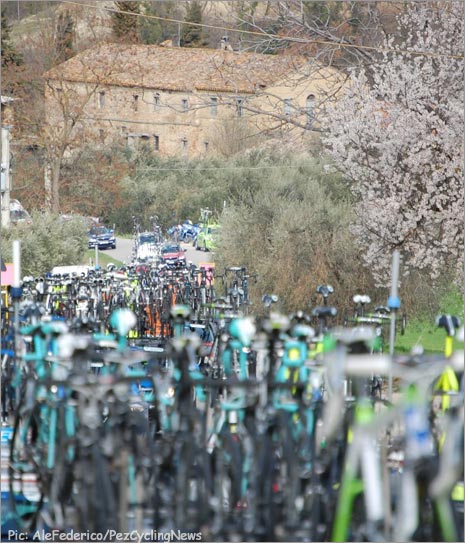 The group approaching the climb to Offida. 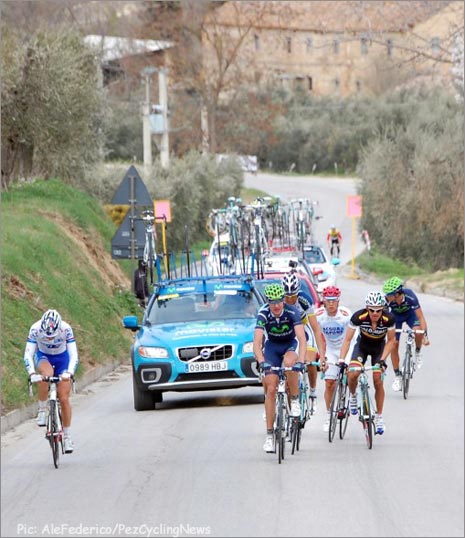 The Tirreno Adriatico together with the Paris Nice is the best way to prepare for Milano Sanremo and the incoming northern classics. However the general classification is an ambitious trophy for those riders focused on Grand Tours. For instance, last year Tirreno was won by Evans. So at stage 6 we have riders like Horner, Kreuziger and Nibali fighting for the blue jersey – the leader’s color, in honor of the two seas to which the race is dedicated. 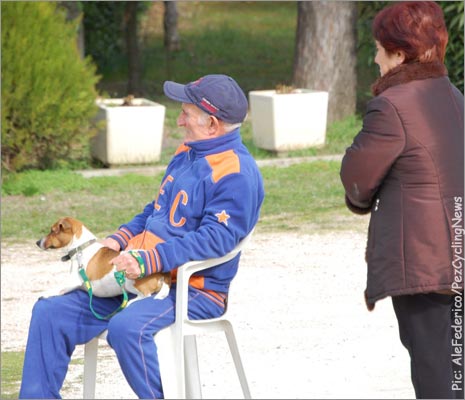 Some spectators take it easy waiting for the race. 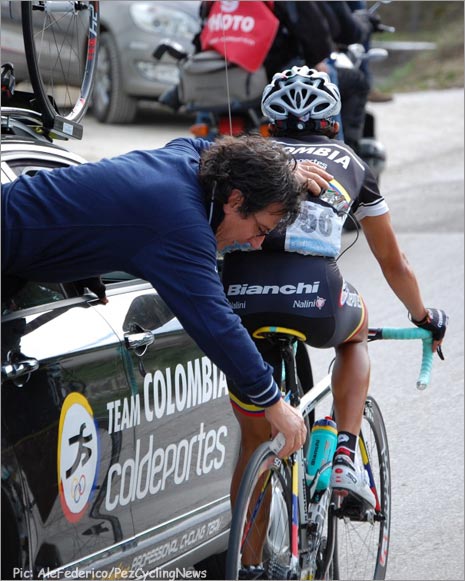 The technical service to the bike comes good also for the legs. 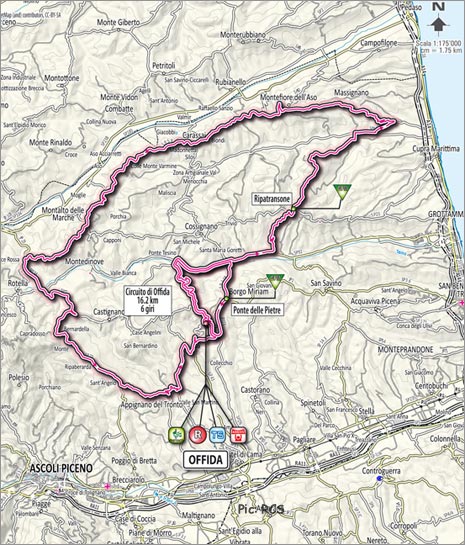 The sixth stage takes place in the south Marche region, so it takes to me just an hour and half to come to the circuit. From Offida to Offida, passing through Offida six other times it’s the dish the riders have to eat to complete this year’s race. Tomorrow will be just a 9 km time trial, so for the most will be just a vacation day. 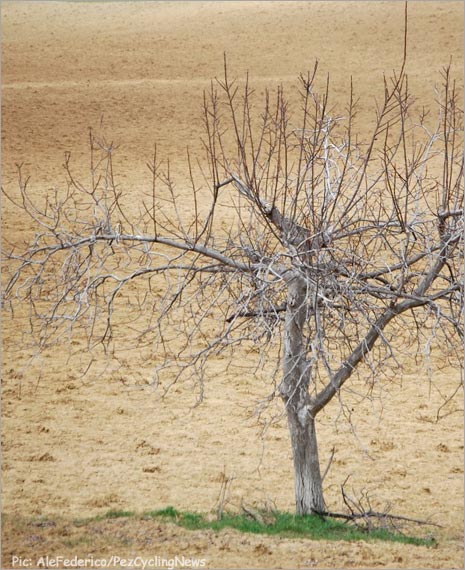 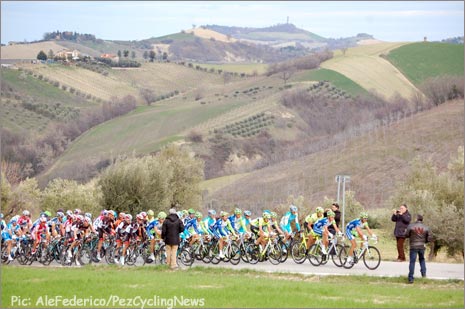 The bunch at the top of the climb at third passage. 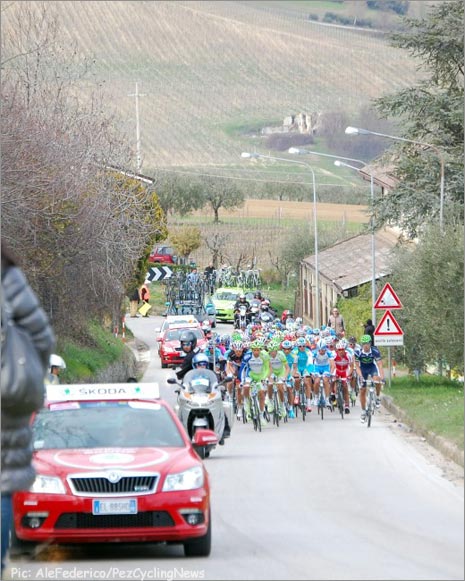 The group approaching the climb again.

Offida is a small village on the top of a green hill. One of the thousand you can find in central Italy. However when I come the road is closed and there’s no chance to get up. Forgetting about the credentials I decide to pass a fine day as a supporter on the road. It’s Monday and the tifosi are few; just locals and few coming from the near San Benedetto del Tronto where tomorrow the race will be decided. 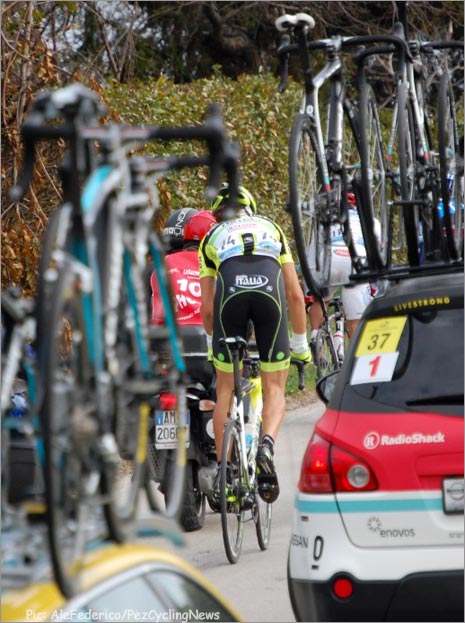 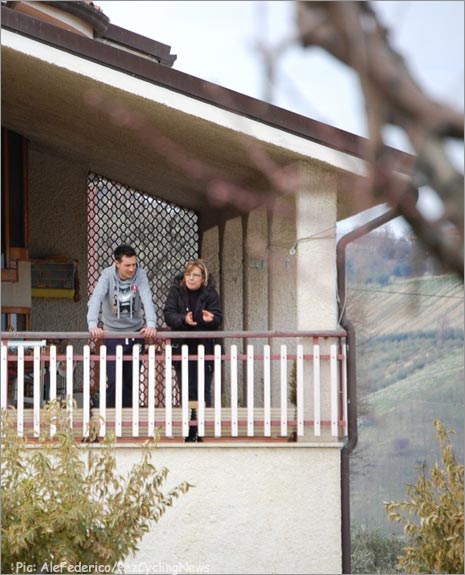 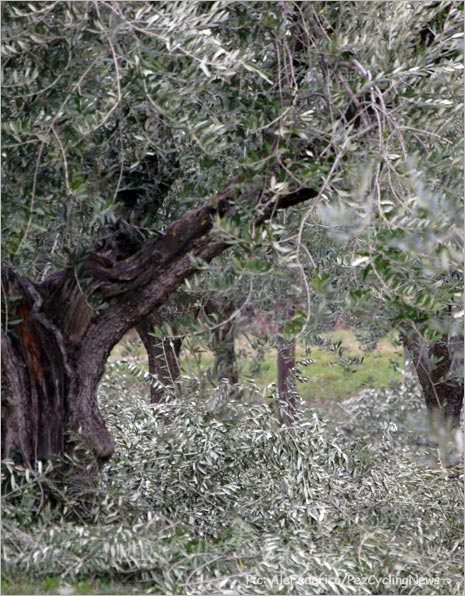 There’s already a break with more than five minutes ahead of the bunch. Six riders with the Colombian Bentacour inside. The first passage is very quiet and, especially in the group nobody is seriously chasing. Few days are separating us from the Primavera race but this year the spring is a little bit in delay. Just a few signs are showing a change: a white tree, the olives and the vineyards cuts. The nature is going to explode in few days and also will the cycling season with the big start in Milan towards the palm Riviera. 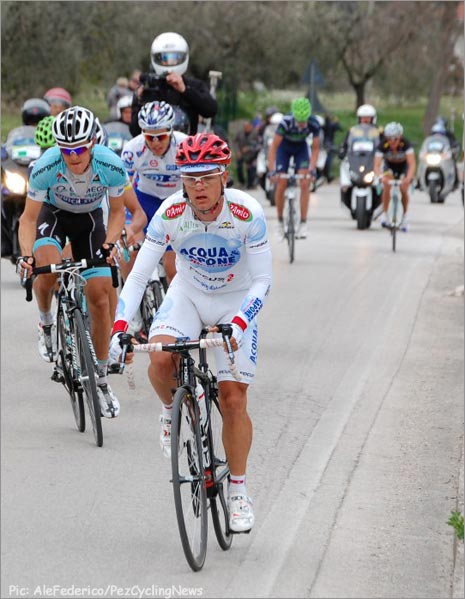 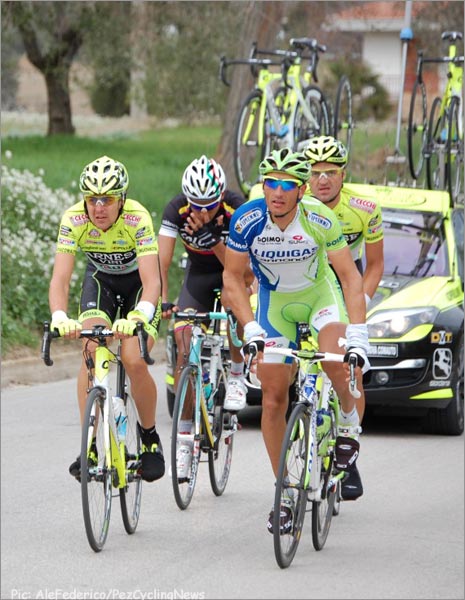 All riders are thinking to this day and some of them (Boasson Hagen and Gilbert) decided to abandon the race to preserve energies for the Poggio. The race comes more and more times but really nothing special happens: the tactical situation is quite complicated with three riders in 15” and bonus at the finish line. The Liquigas team is doing the chase and the gap, lap after lap, decreases. 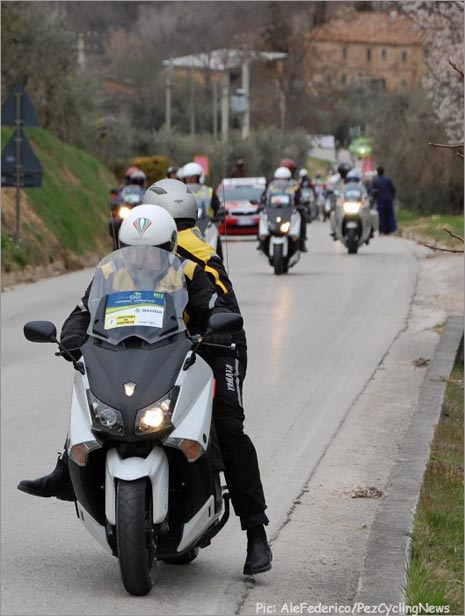 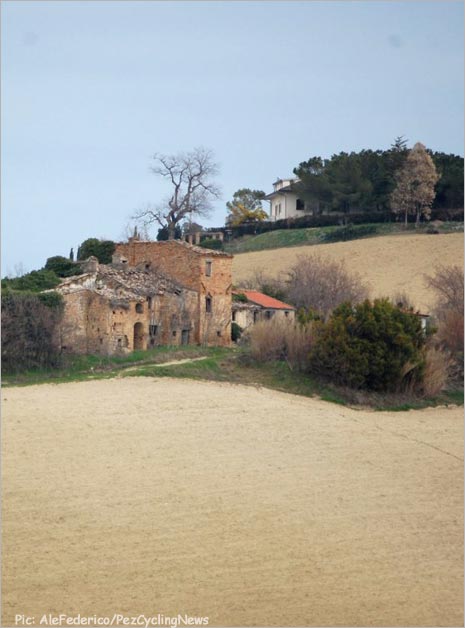 What a beauty, I would love to live there.

When the race becomes harder it’s Betancour to launch an attack and in the bunch several riders start to lose the wheels. One of the first is my friend Caccia who’s worked the whole day in front of the group. Hard life the one of the teammate… At any passage I call at him and he recognizes me. He usually shows me the tongue to make me understand he’s seen me. But sometimes he also says something as it happened in the final lap when he delivered a bottle and said “See you next time”. 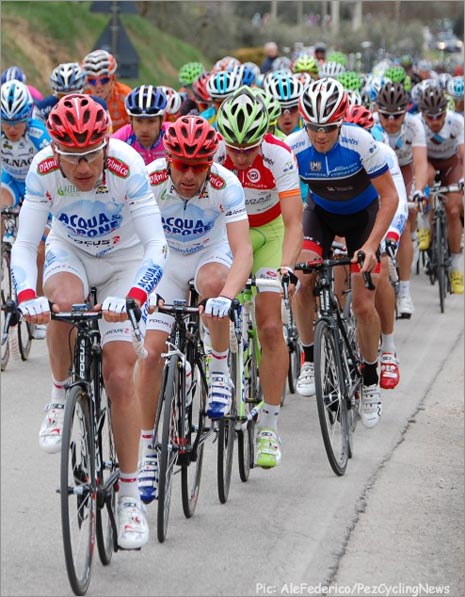 The last climb: Di Luca, Sagan and Horner moving ahead. 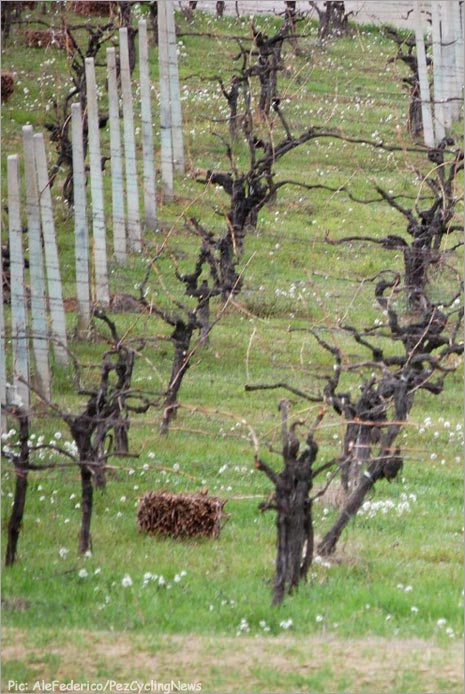 Great one, this guy is full of energy and is a very kind man. One of those riders you may not see in television just because he worked in the first part of the race when the cameras are closed. He passed pro in the 2006 so it’s a lot of time he’s spent in the group and this means something for sure. I hope to see him in the early break of the Milano Sanremo next Saturday as it happened two years ago, but I believe he will have to work hard for Gatto, his teammate in the top form now. 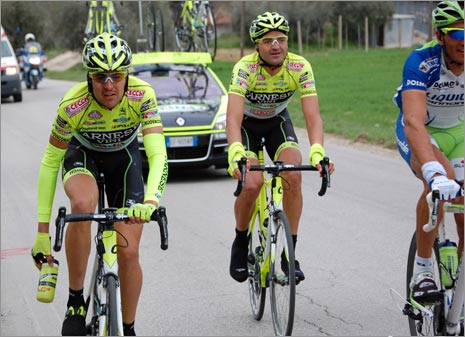 See you next time. 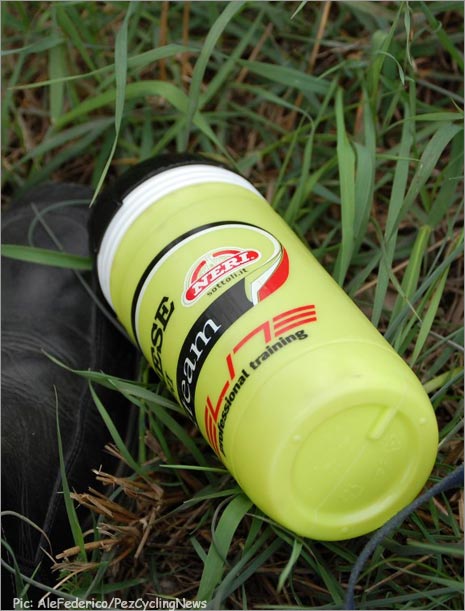 When the race is over the early shadow of the evening starts to come into the valley. The old country houses, the villages are now beautiful. The hills, the sea air coming here. The spring at the front door and a great season of cycling just started few weeks ago. But in few days, everything will be set to zero and all the great champions will take part to the opening event: the Primavera. Hard to say who’s going to be the man to beat. Who cares now? Just had an afternoon free, and a bottle from my favorite rider!

Toolbox: Simple is as Simple Does