Dedicated Toolbox readers will know that our intrepid editor has escaped the Canadian winter to spend two months “working” on the South Island of beautiful New Zealand. To get an idea of how hard life as an academic can be, Stephen sends this postcard gallery of Kiwi cycling…

Life as an academic is truly the greatest gig in town. What other job gives you a lifetime contract and pays you to NOT work every seventh year?! Taking full advantage of this little cosmic loophole, I followed Le Tour last July, and am now hiding from the North American winter by spending February and March here in beautiful Dunedin and the University of Otago. 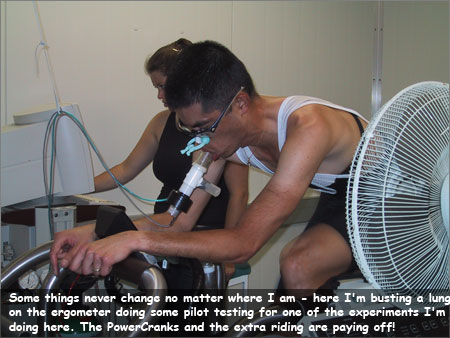 OK, I’m working here with my colleagues on a couple of neat projects and learning heaps, but that still leaves lots of great bike time in Dunedin and the South Island. This place is truly a cycling paradise, complete with a variety of routes over flat terrain and all the steep hills you could ever want. Here are some of my impressions of cycling life here: 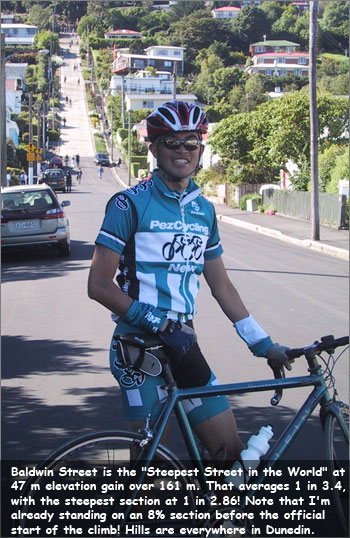 To get an idea of how hilly it is here in Dunedin, think San Francisco, only steeper! Unlike North America, Kiwi city planners think nothing of plopping streets straight up any hill that gets in their way without any niceties like switchbacks. I think it’s actually a competition between the engineers! The king of them all is Baldwin Street just north of the university, but pretty much any street in Dunedin makes me wish I had packed my granny cogs and a triple chainring. 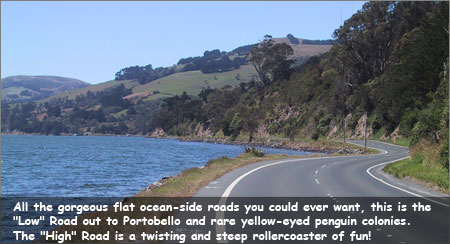 The cycling scene is really active in Dunedin. There are three quality bike stores right downtown (actually right next to each other!). Cycling Otago has a dedicated group of riders and organizers, with club races pretty much every weekend throughout the summer. Wednesday evenings feature the famous “Sam’s Classic” ride, a 50 km ride featuring about 70 riders of all ages that starts in a friendly pack out to the airport and then hits warp speed at the turnaround. Saturday is race day, and Sunday morning is a nice steady 80 km group ride.

I’ve visited a lot of cities in my time, but I have yet to find a ride from the city that tops the Otago Penninsula. A 40 km loop takes you up the “High” road, featuring steep climbs with ocean views on both sides of you. From the top, you then swoop down a fast and twisting narrow descent, still with ocean views every way you look, to the little village of Portobello. The “Low” road, a flat road curving right next to the water, takes you back into Dunedin. Magnifico! 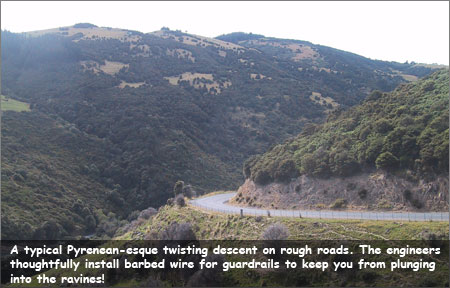 Going inland from Dunedin there are, you guessed it, more and even more hills in every direction for pretty much as far as you can imagine. None of them are mountains, but they just keep on coming one after the other. If you’re lucky, the engineers will have mercy on you and put in a switchback or two, but don’t count on it. The looks I got from the rare car that passed me in the back roads as I grunted and cursed my way up the hills makes me laugh so hard that I usually lose any remaining breath I had left.

If you ever care to get off your bike, Kiwis are fanatical outdoors types, with the world famous 5-day Southern Traverse multisport race each November, orienteering, rock climbing, hiking in the Catlins and Fiordlands. The U. Otago PhysEd department seems to consist entirely of hardcore endurance athletes amongst faculty and grad students, so I’ve had no problem fitting in! I got suckered into a 6 h orienteering event this past weekend over seemingly every ravine in Central Otago, giving me plenty of time to write this as I try to recover from the delayed onset muscle soreness! 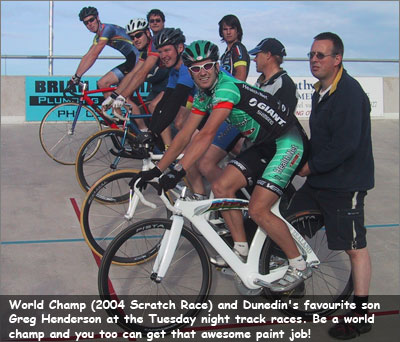 It’s not only the road cycling that is terrific around here. Just when you think things can’t be any better, Dunedin built a 250 m concrete track about 5 years back. There are club races every Tuesday evening, training sessions throughout the week, and Dunedin is hosting the NZ Track Champs March 7-12. The races are hard but low-key, and most weeks over the Kiwi summer you’ll find World Champ and Dunedin native Greg Henderson (HealthNet) mixing it up and inspiring everybody. 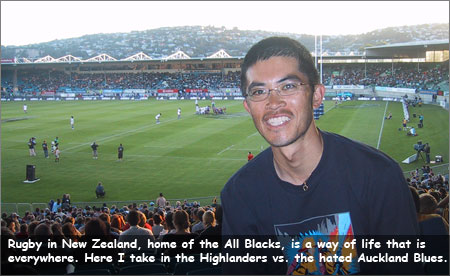 OK, this has nothing to do with cycling, but after sheep, New Zealand is probably best known for rugby!

If you ever get the chance, I can’t recommend New Zealand and Dunedin enough as a place to visit and spend time cycling. Besides the cycling, you’ll find great restaurants, lots of touristy stuff, and some of the nicest people anywhere. So G’Day from Down Under!

Stephen Cheung is on a sabbatical visit to the University of Otago in Dunedin, New Zealand, with his aim to conquer Baldwin Street, the world’s steepest street! Stephen’s company, Podium Performance, also provides elite sport science and training support to provincial and national-level athletes in a number of sports. He can be reached for comments or coaching inquiries at [email protected].
Like PEZ? Why not subscribe to our weekly newsletter to receive updates and reminders on what's cool in road cycling?