Roadside Reload 2015 Tour de France Stage 10: The Pyrenean stages of the 2018 Tour de France (16 to 20) could be the decisive days of next years French Grand Tour. We look back at stage 10 of the 2015 Tour with Marcus Enno ‘Roadside’ with his camera, on the day when Chris Froome put in the killer blow to take the stage and put more time into his adversaries. 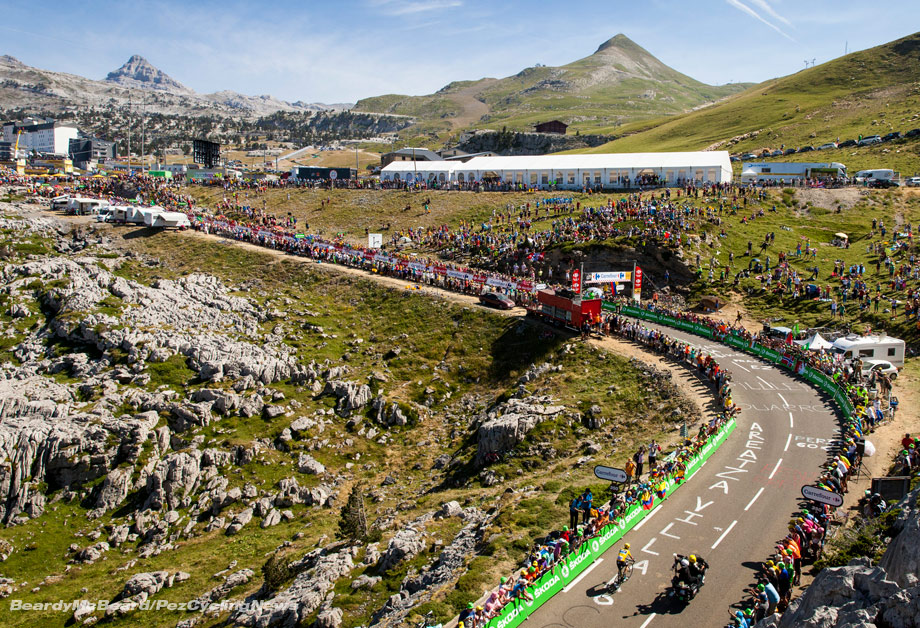 A spectacular view of the finish at La Pierre Saint-Martin.

Not chasing the race after 9 busy days there was plenty to organize. First and foremost was the 700km drive that had us pulling into Pau at 5pm. Then there was the washing to do. We found a laundromat that was definitely not in the Paris end of town.

While our clothes were washing we had 36 minutes to look for something for dinner but the only thing on offer seemed to be questionable looking kebab shops. Then we stumbled across a pizza place and a quick check online for reviews confirmed it was ok. It felt like we were on a police stake out as we sat in the car across from the laundromat eating the pizzas and waiting for the dryer.

Two riders came rolling down the street without helmets, one of them had an American accent and looking up I recognized his face, it was Greg LeMond.

As it was the first day of mountains getting amongst the action was our priority. The start in Tarbes was the first port of call before heading express to the finish. There was the usual crowd of spectators and the riders seemed in good spirits after the rest day and happy to sign autographs. 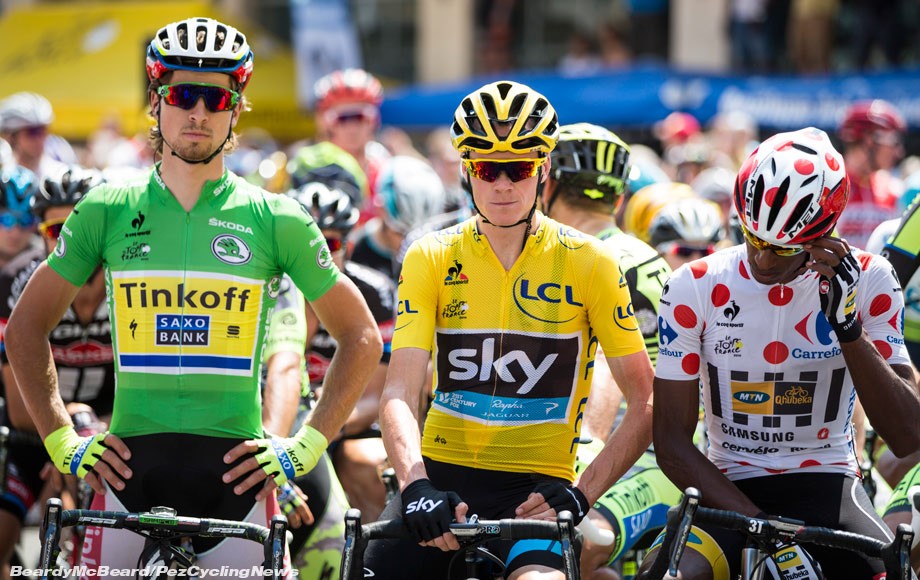 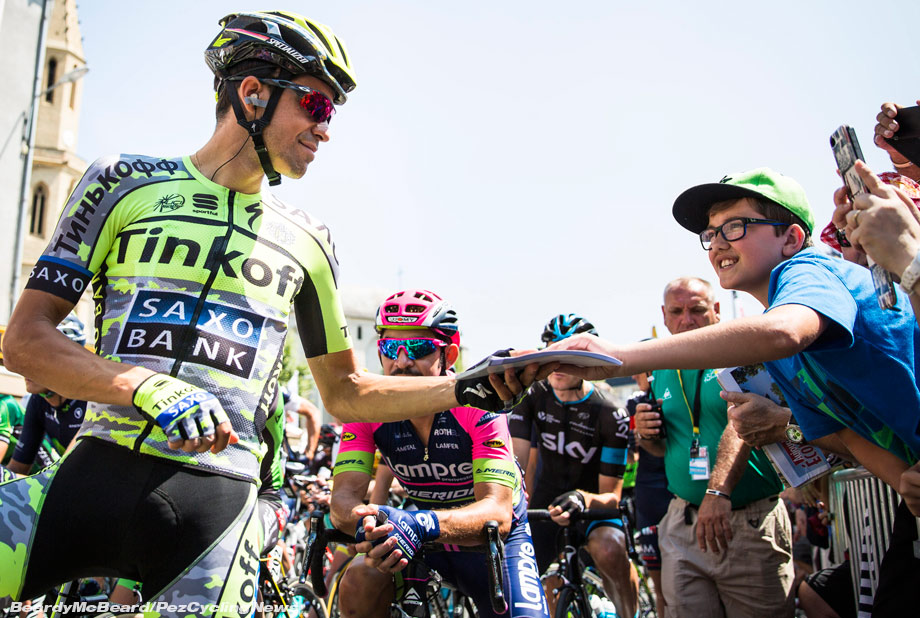 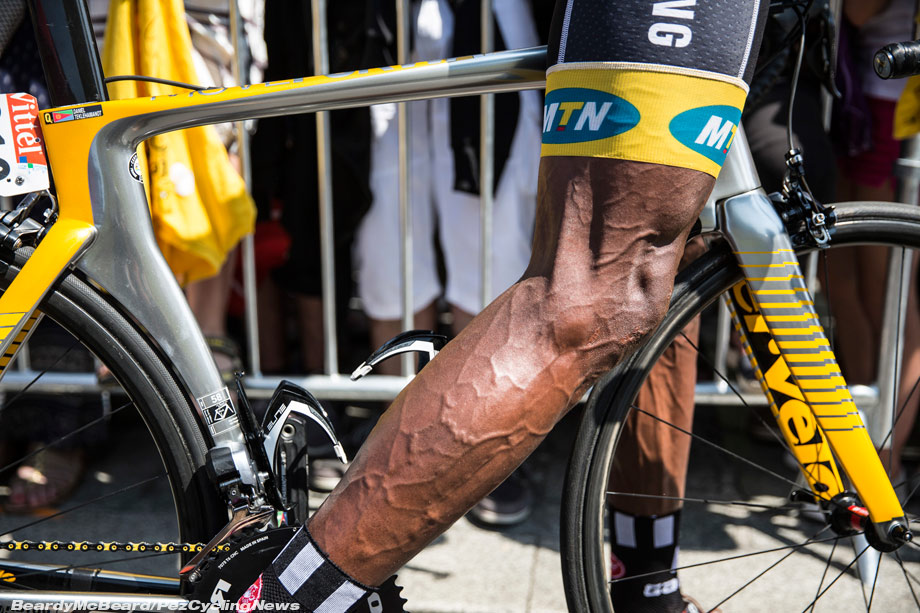 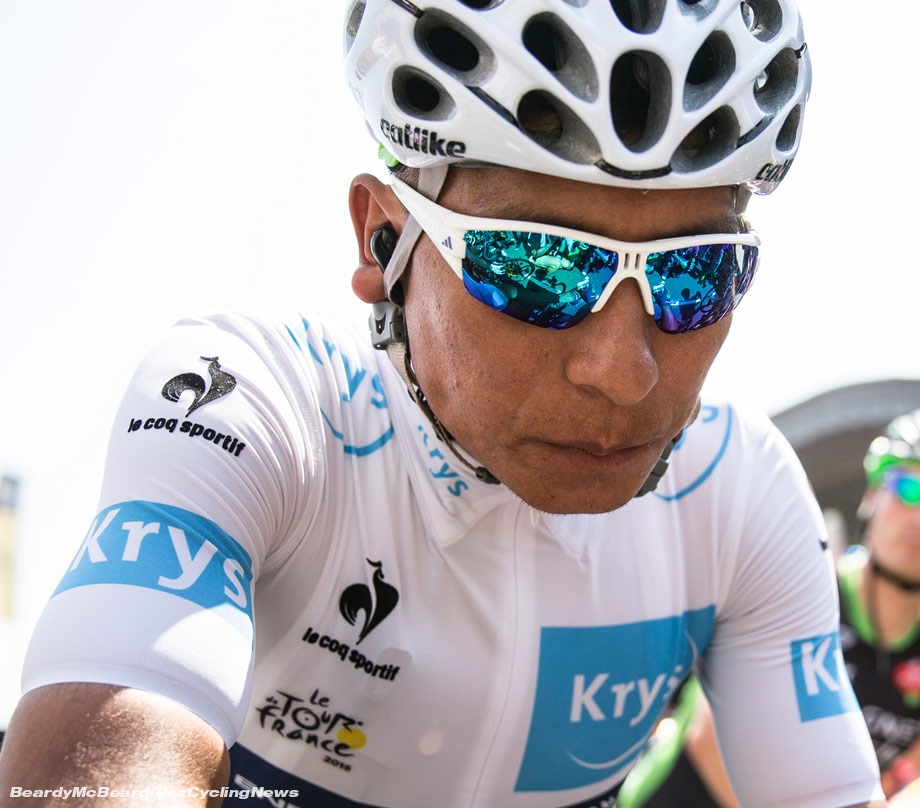 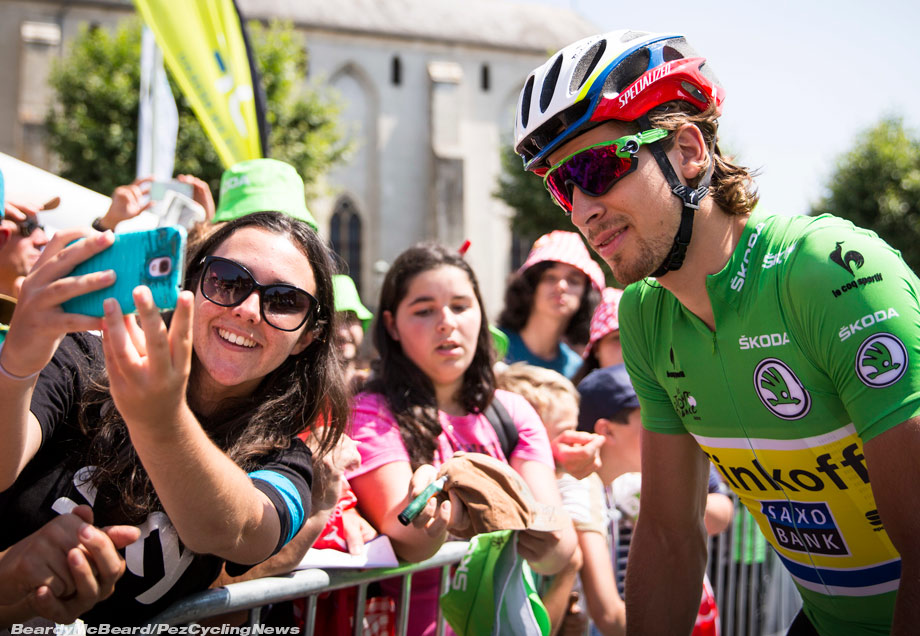 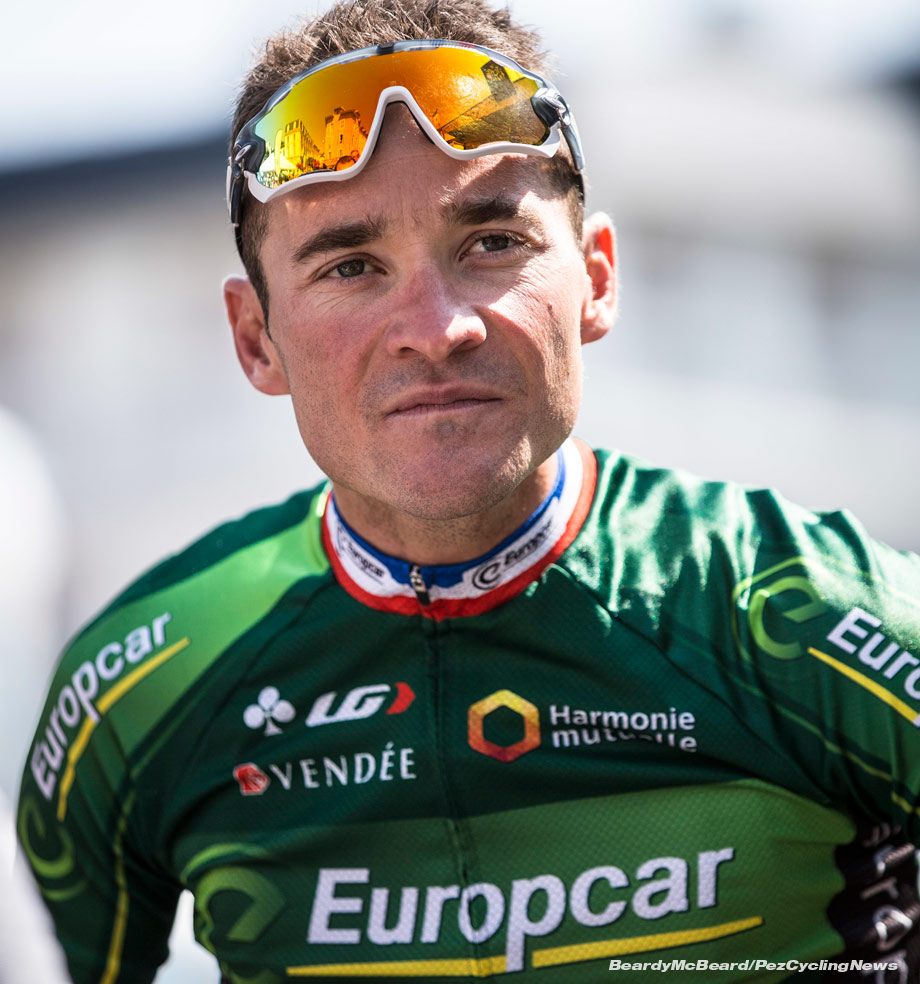 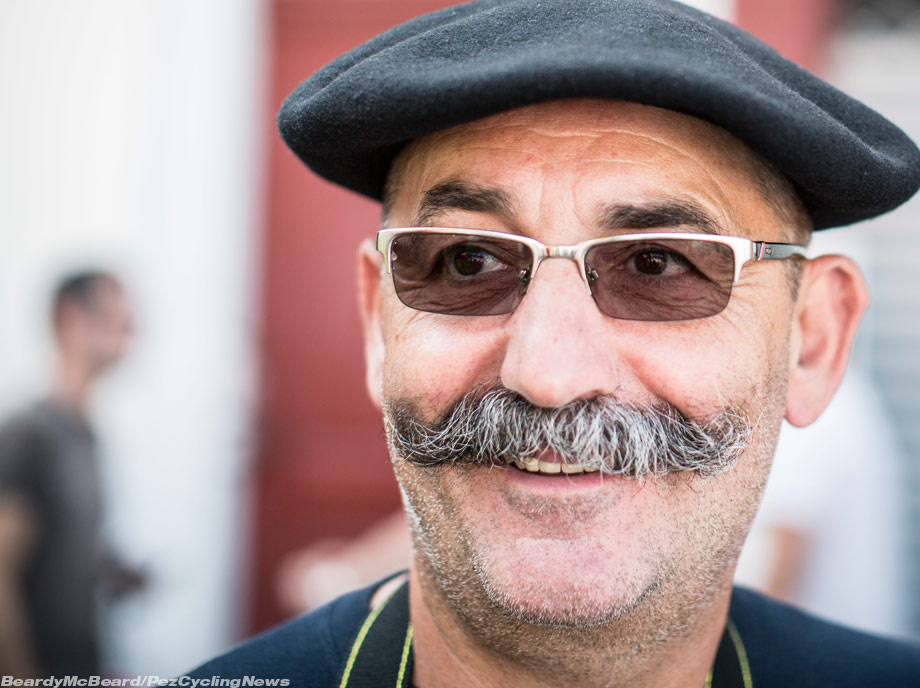 I noticed an increase in the percentage of beret wearing and put it down to French pride considering it was Bastille Day. As each of the French riders went to sign on, the crowd gave a great cheer hoping today they would see a homegrown hero win which would be the first for Bastille Day in 10 years. 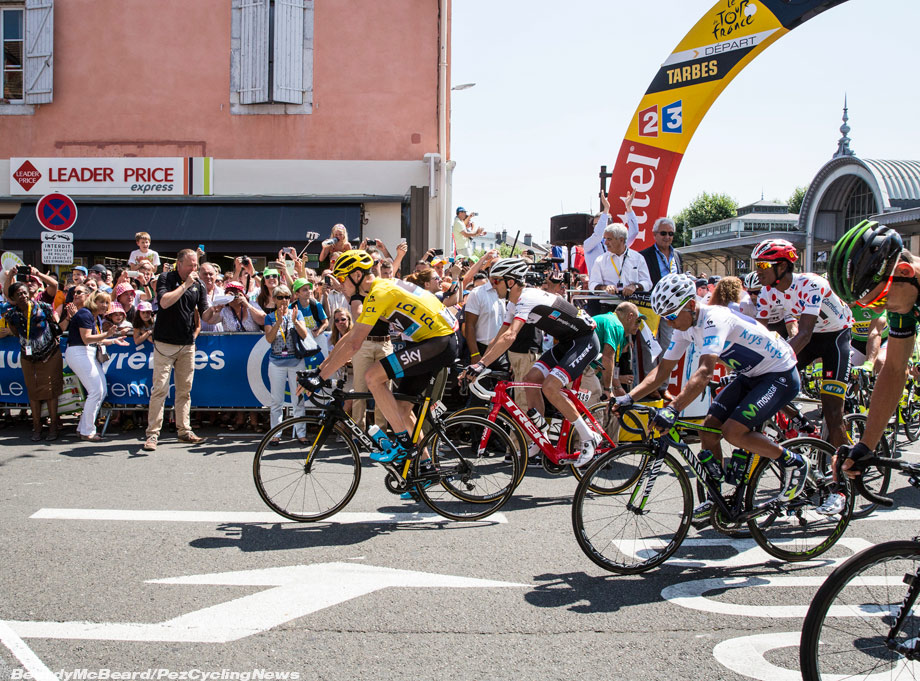 Driving towards the climb of La Pierre Saint-Martin the road side became busier the closer we got to the summit. When we had checked the location on Google the night before there was a flock of sheep on the roadside and I wondered if they would make an appearance during the race (hopefully not on the course).

We parked in the carpark at the top and walked back down to a section of the course that had a cliff of grey rock and some great vantage points. The rocks were crawling with people looking for their spot to get a view of the riders.

Perched precariously on the cliff a few loose stones tumbled down just missing some spectators below. Then a girl sat directly below and I warned her of the potential danger of a mini avalanche. 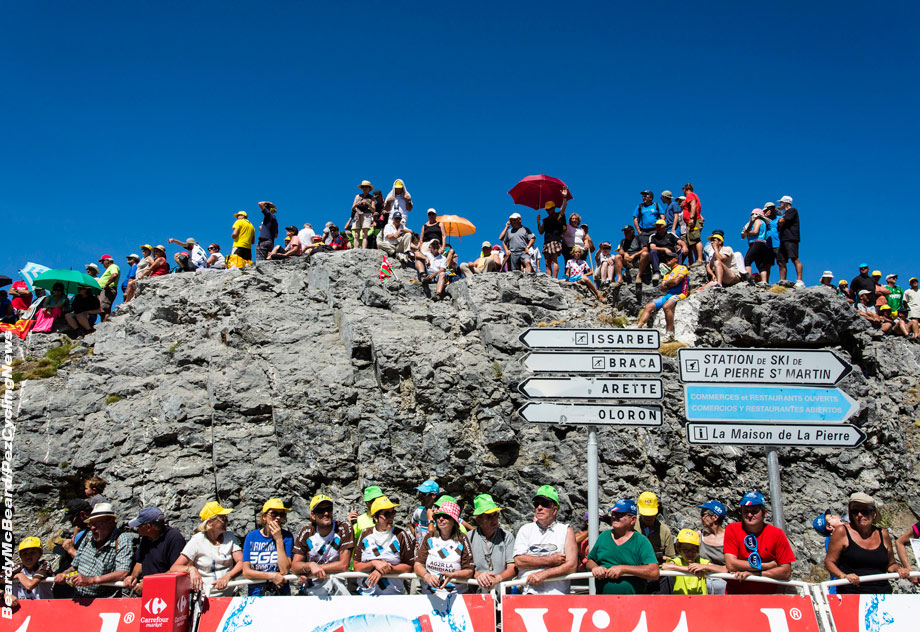 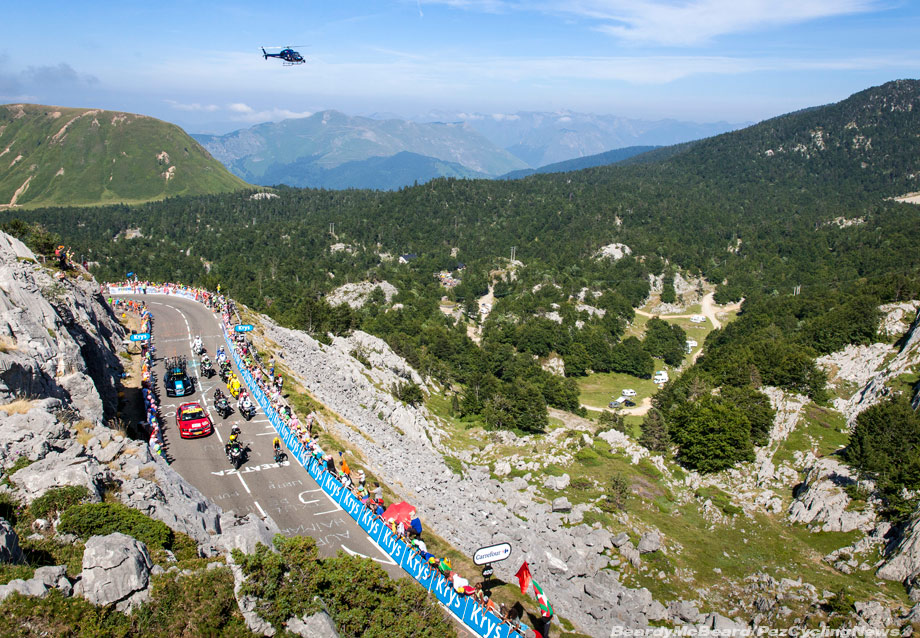 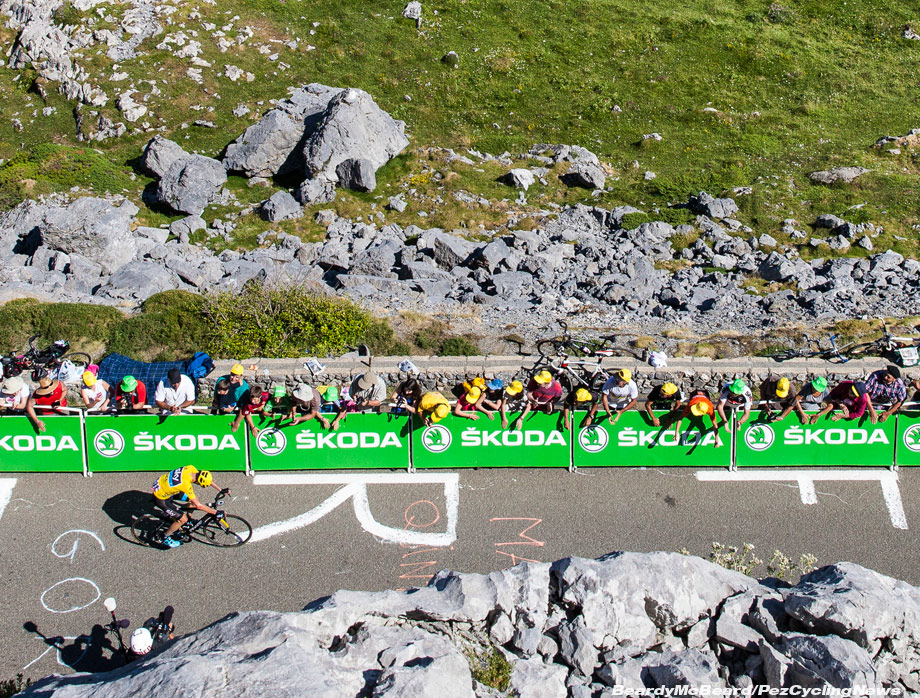 The build up to the riders coming into sight was riveting as we could hear the commentary and every time a French rider lost contact a yell of despair came for the fans.  The helicopter was hovering in the valley giving away the position of the riders. Then the sound of hands banging on the barriers as the maillot jaune comes in to view.

He is out of sight and over the finish line before another rider is even visible. A triumphant victory for Chris Froome.

On the way back to the car a flock of sheep is coming down the mountain and the Shepard is wearing a green Skoda hat from the caravan. 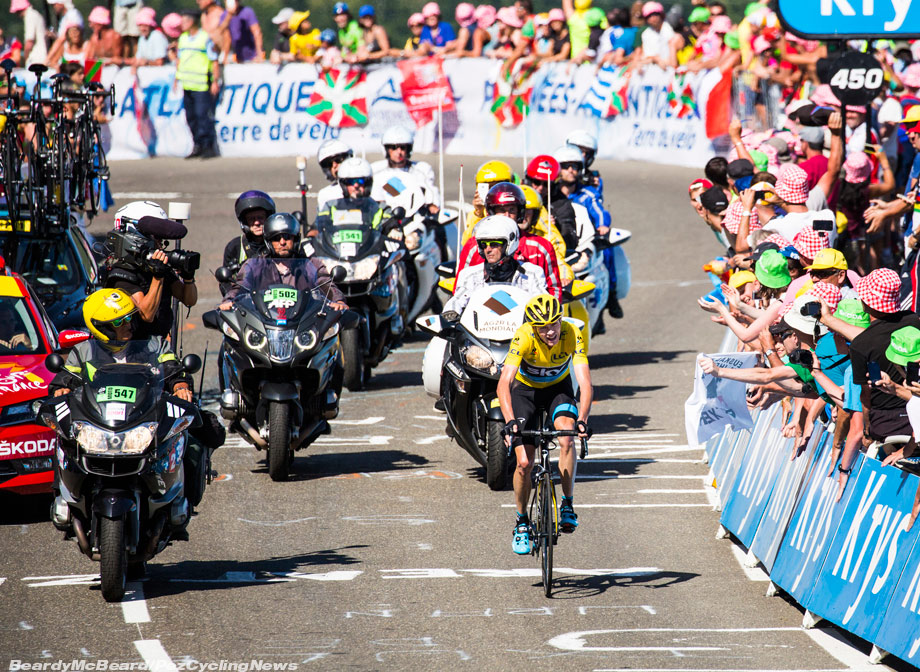 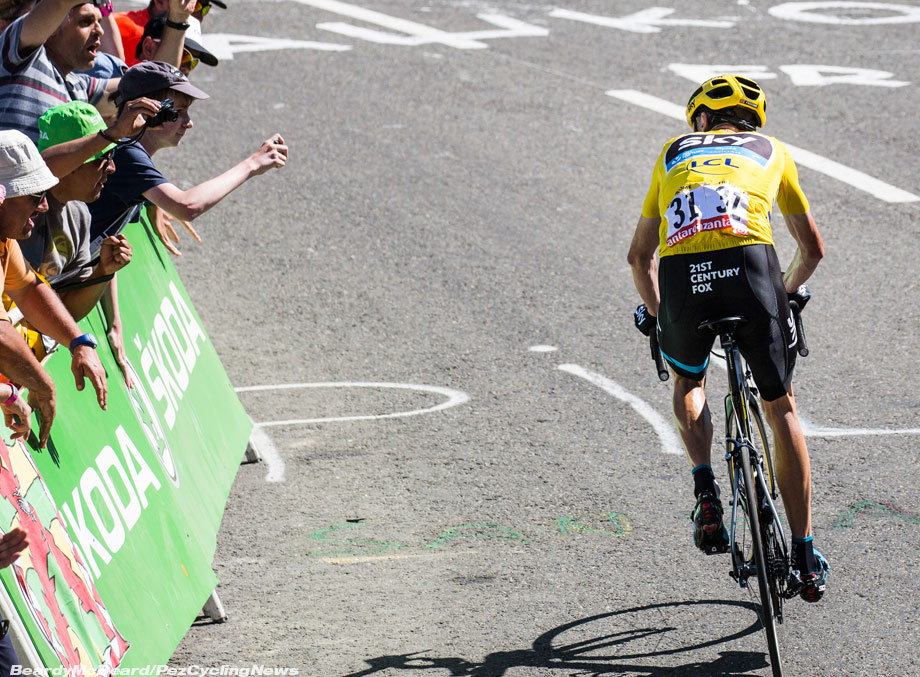 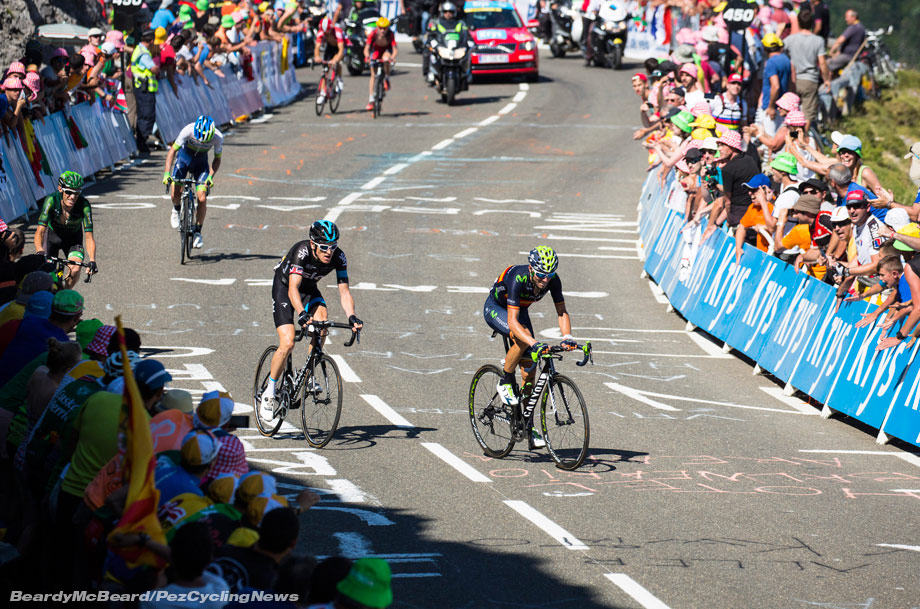 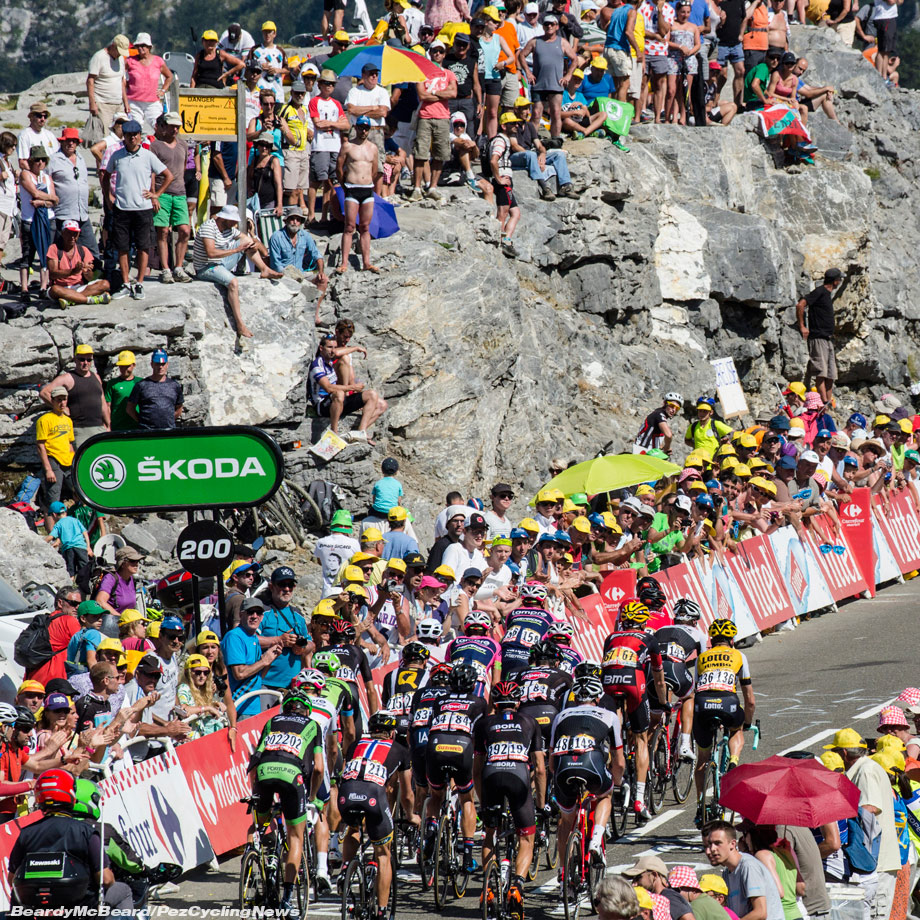 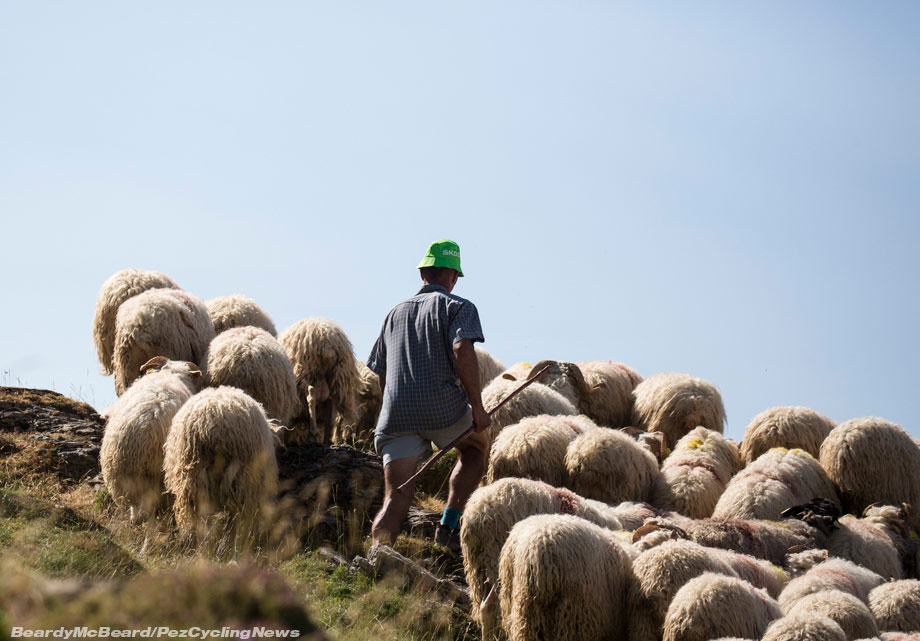