Vuelta Roadside: The Vuelta a España moves on and our man in Spain, Alastair Hamilton has moved down the coast to catch the sprint finish of stage 18 in the seaside town of Gandia. There was also the publicity caravan and all it has to offer!

After the long day on Wednesday’s stage 17, Thursday turned out to be much easier. Looking at stage 18 there was no way of seeing the race on the climb and getting back for the finish and as it turned out, the bunch was all together for a sprint in the Valencian resort of Gandia. OK, I could have gone to the start, but with respect to the town of Requena, I wouldn’t be missing anything by not going there. So straight to the finish. 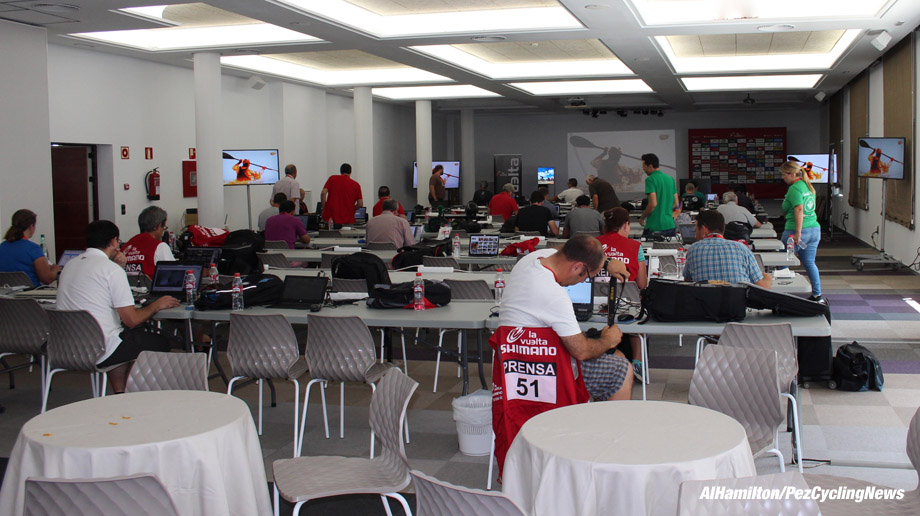 The press room was in a very posh hotel, not many people in there, but that soon changed when the food appeared. 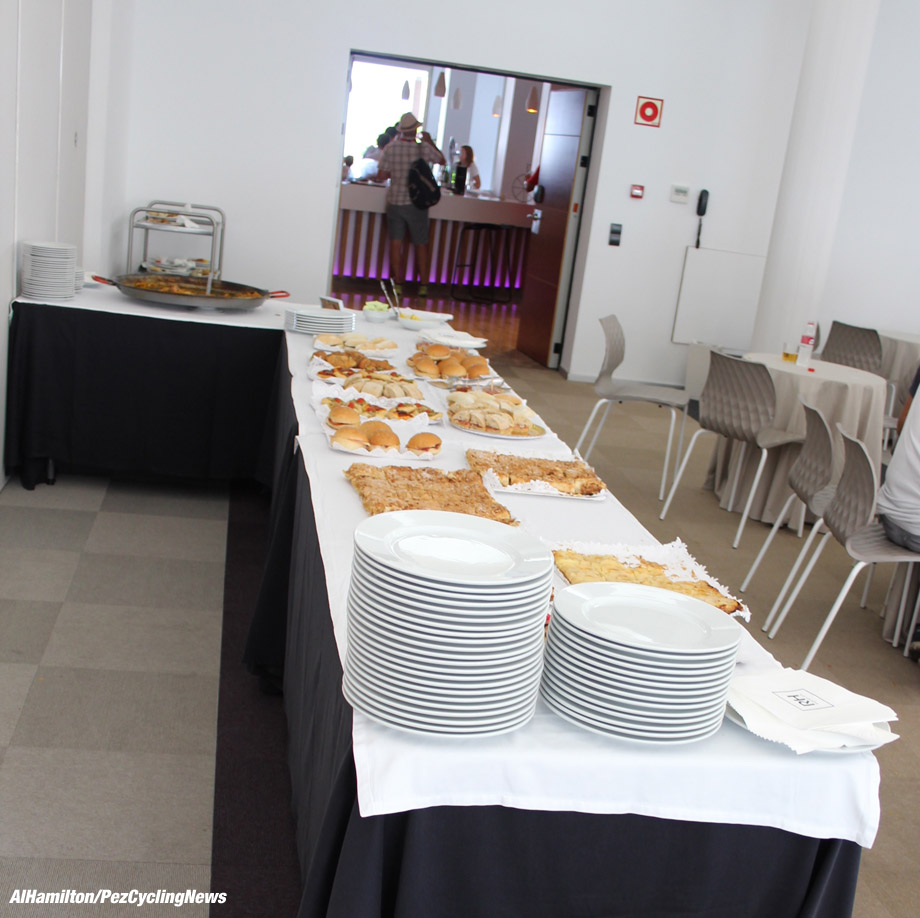 Before the publicity caravan hit town there was time to have a look at the port where all the team busses were lined up, strangely the busses where more popular than some of the sponsors stands. 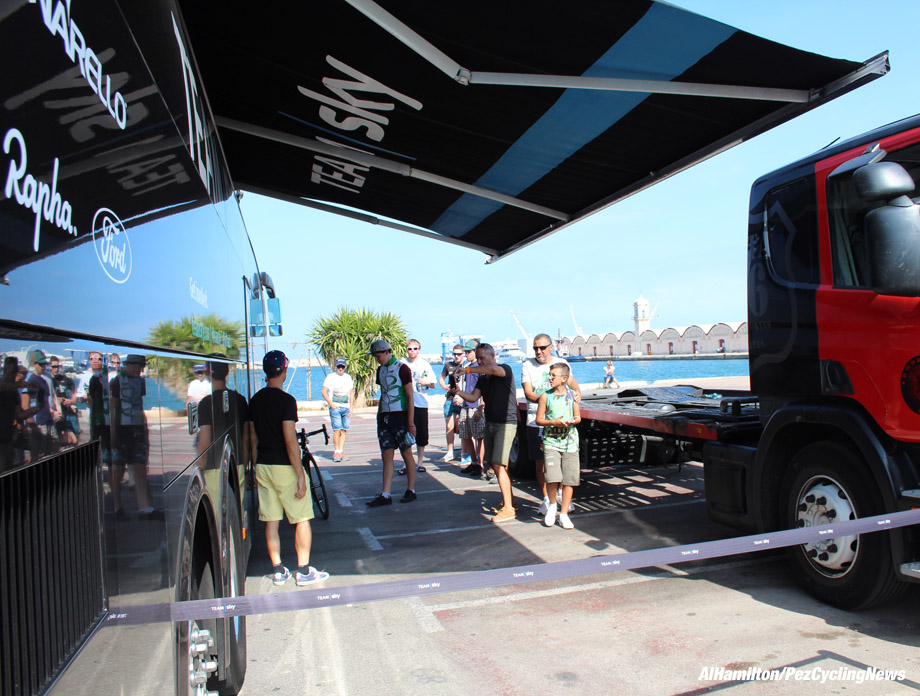 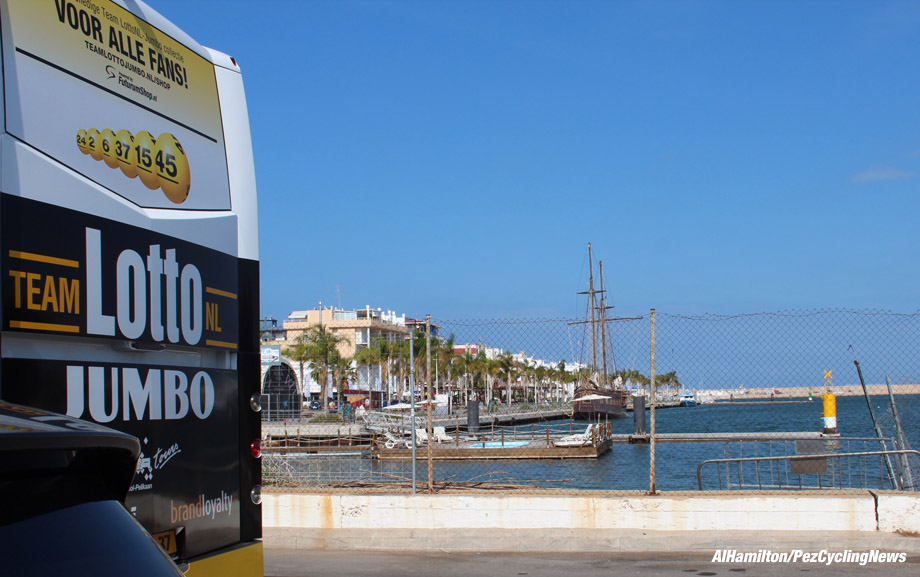 The Bic stand wasn’t over run. 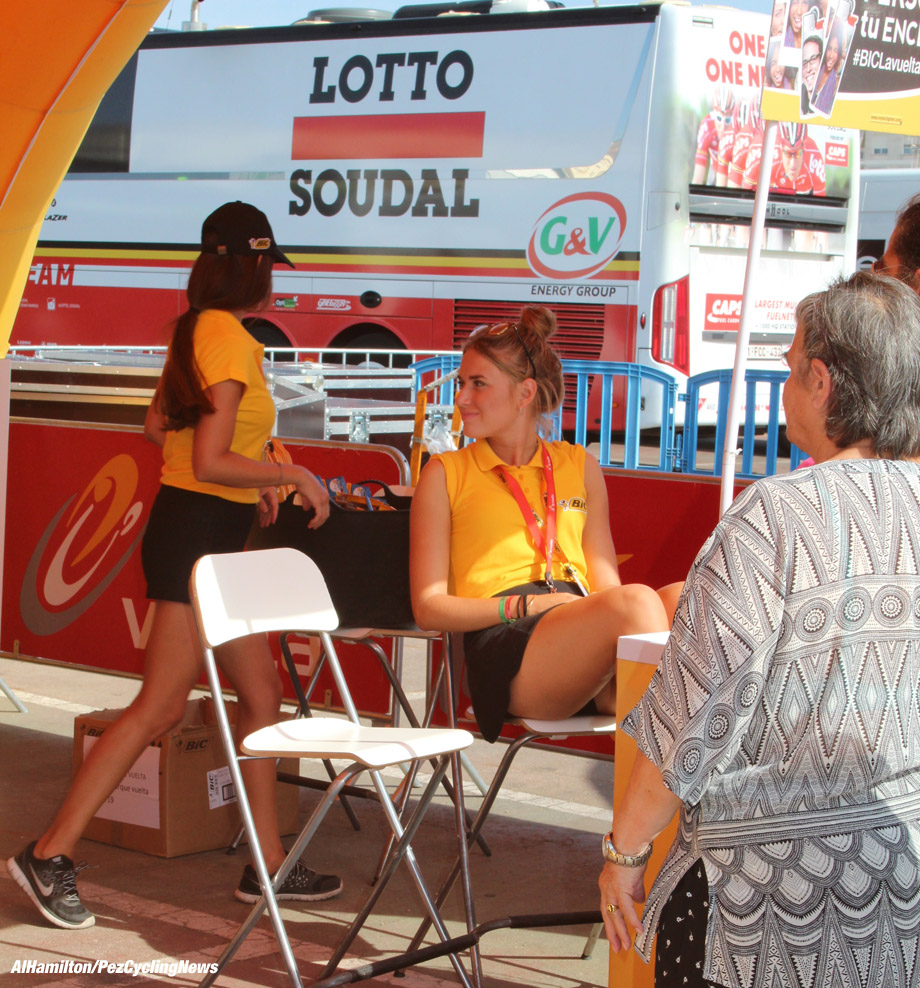 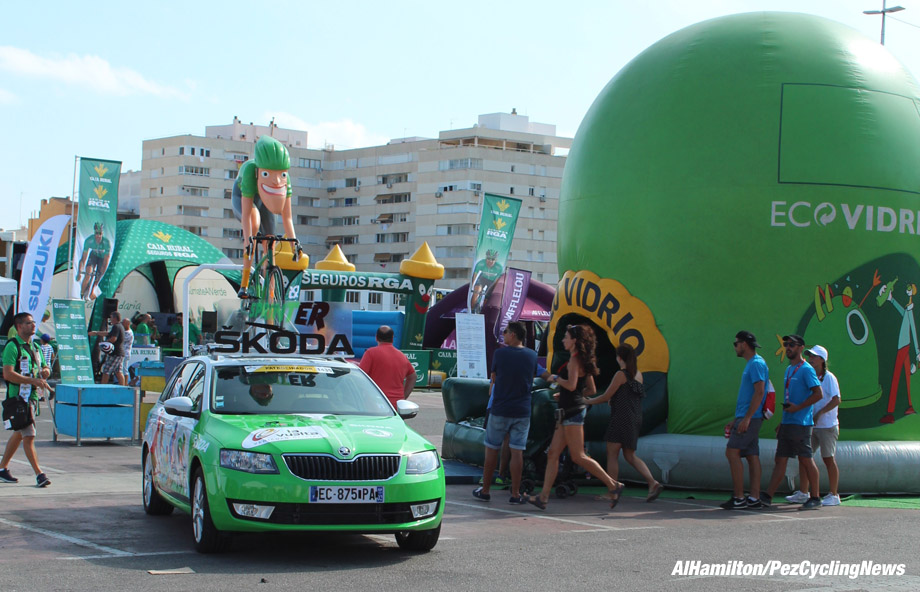 The finishing sprint was long, but did narrow up near the line, but it was very long. 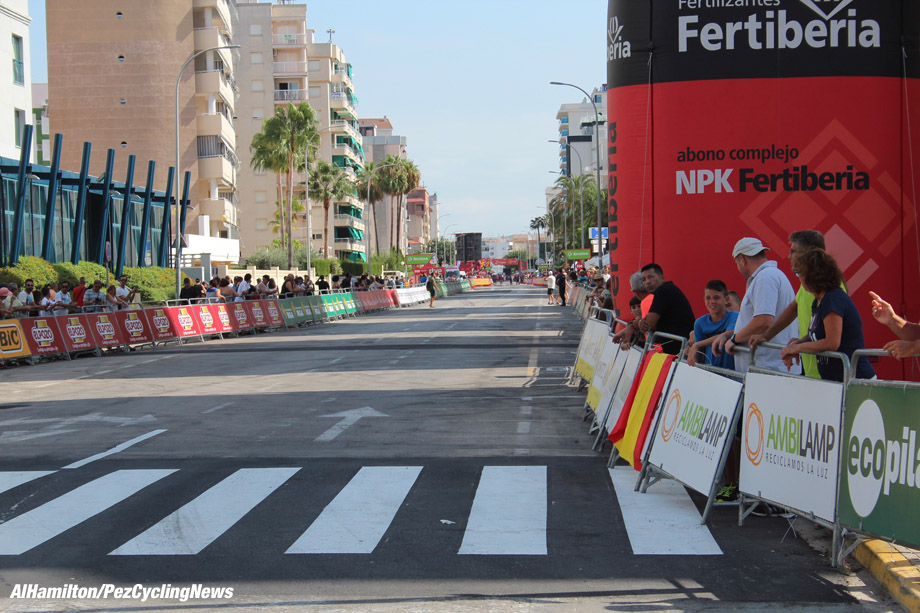 Things were being set up and it wasn’t going to well for the finish line. 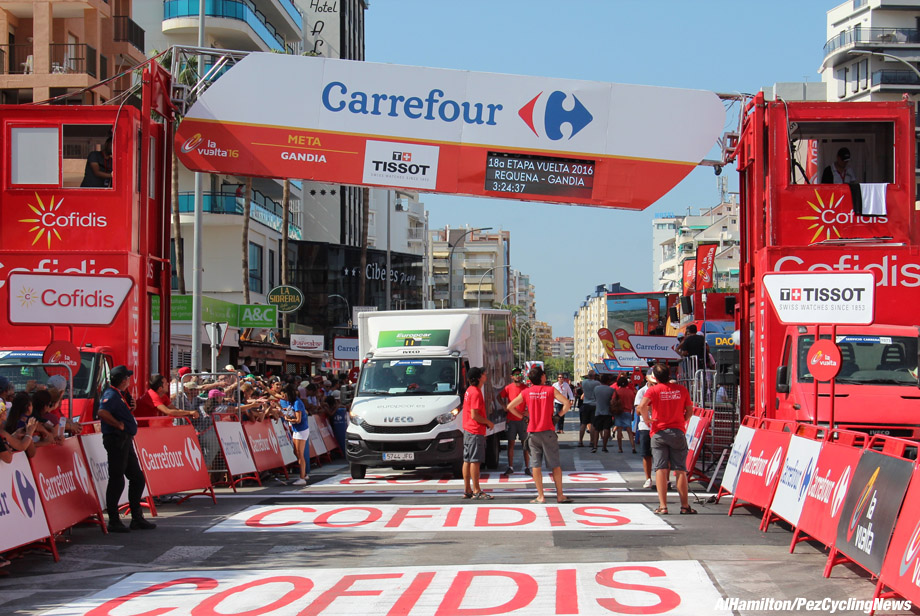 The VIP areas were very popular with the podium girls while they wait for the race. 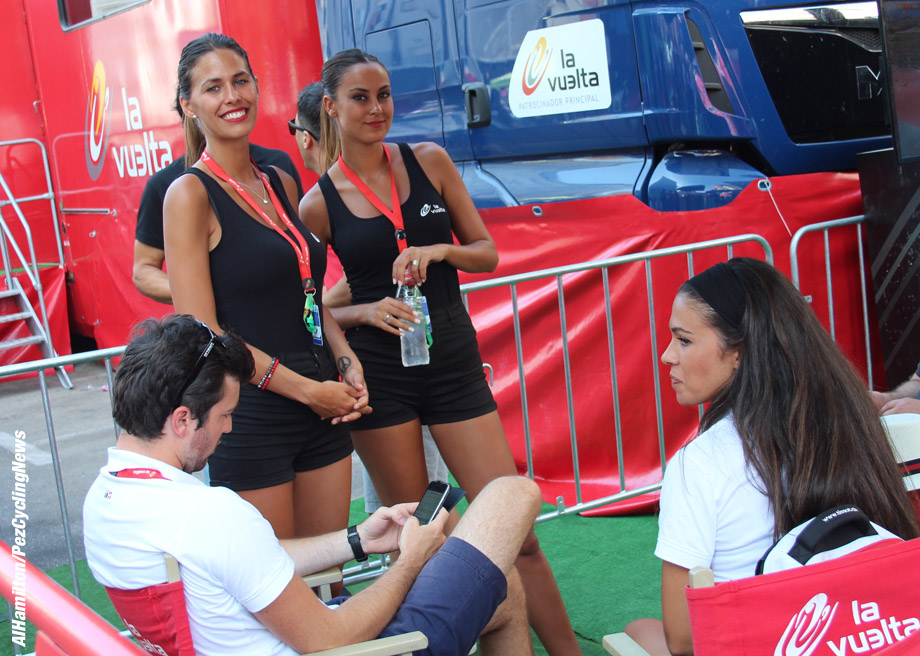 And now here are some gratuitous photos of the publicity caravan: 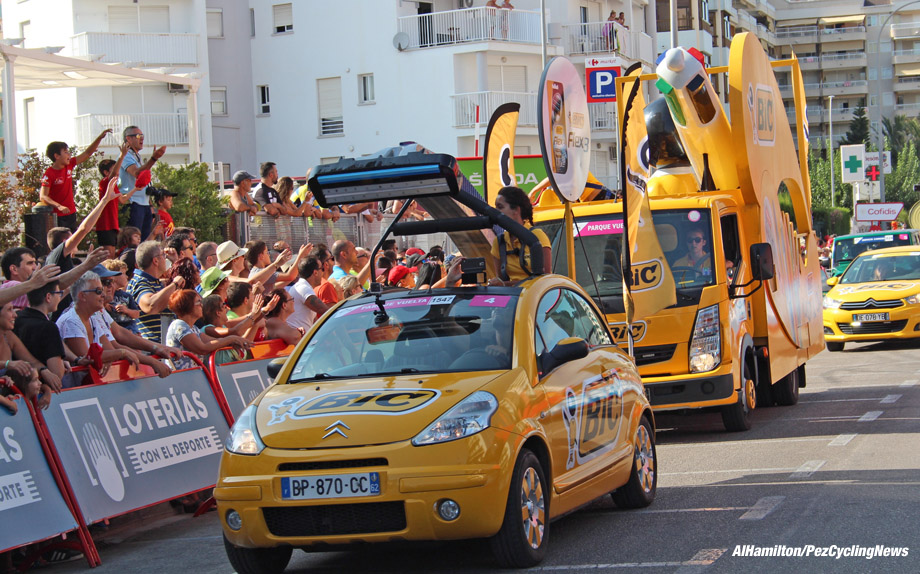 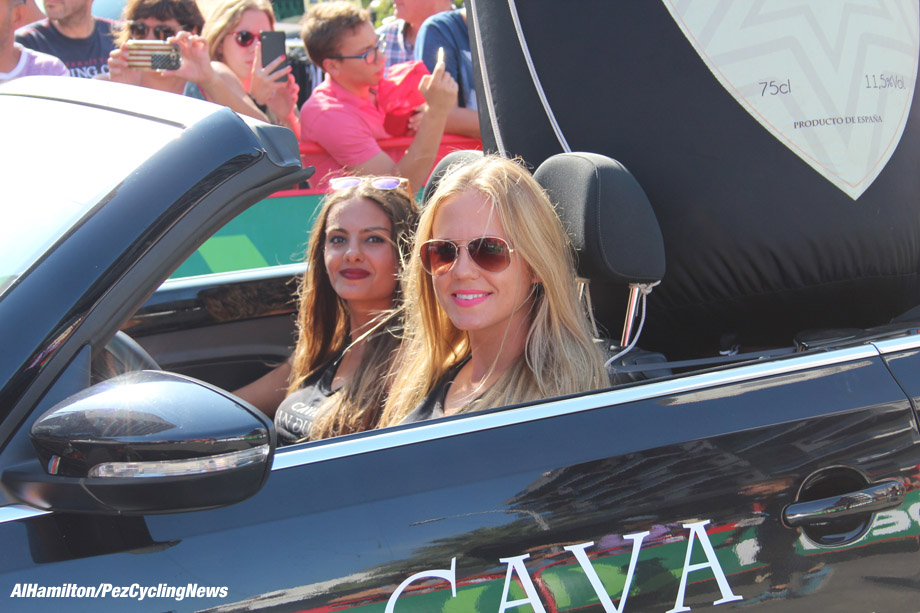 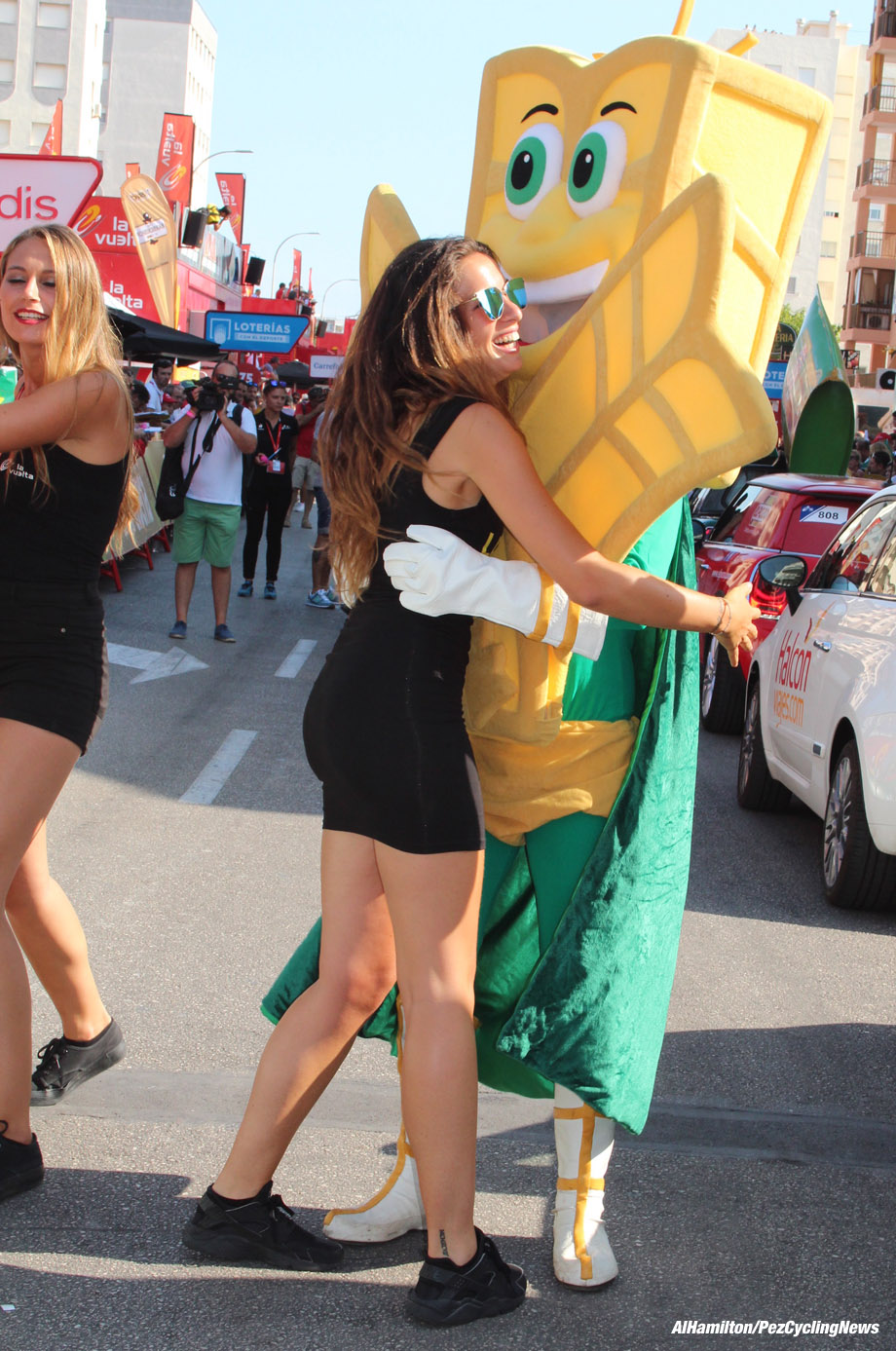 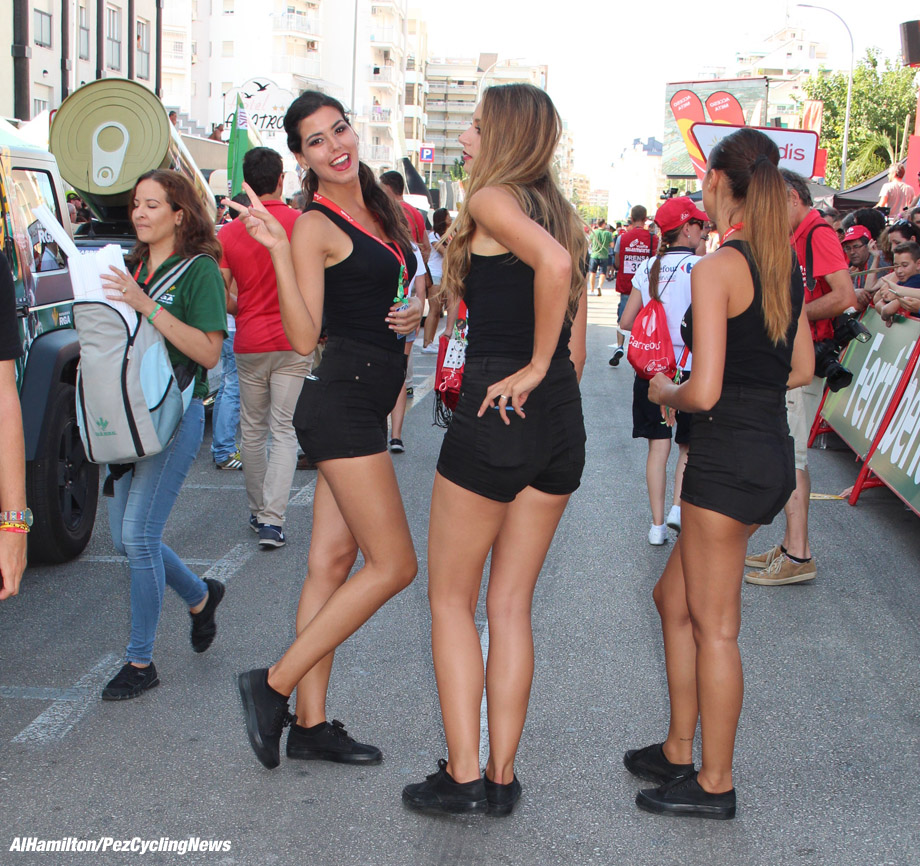 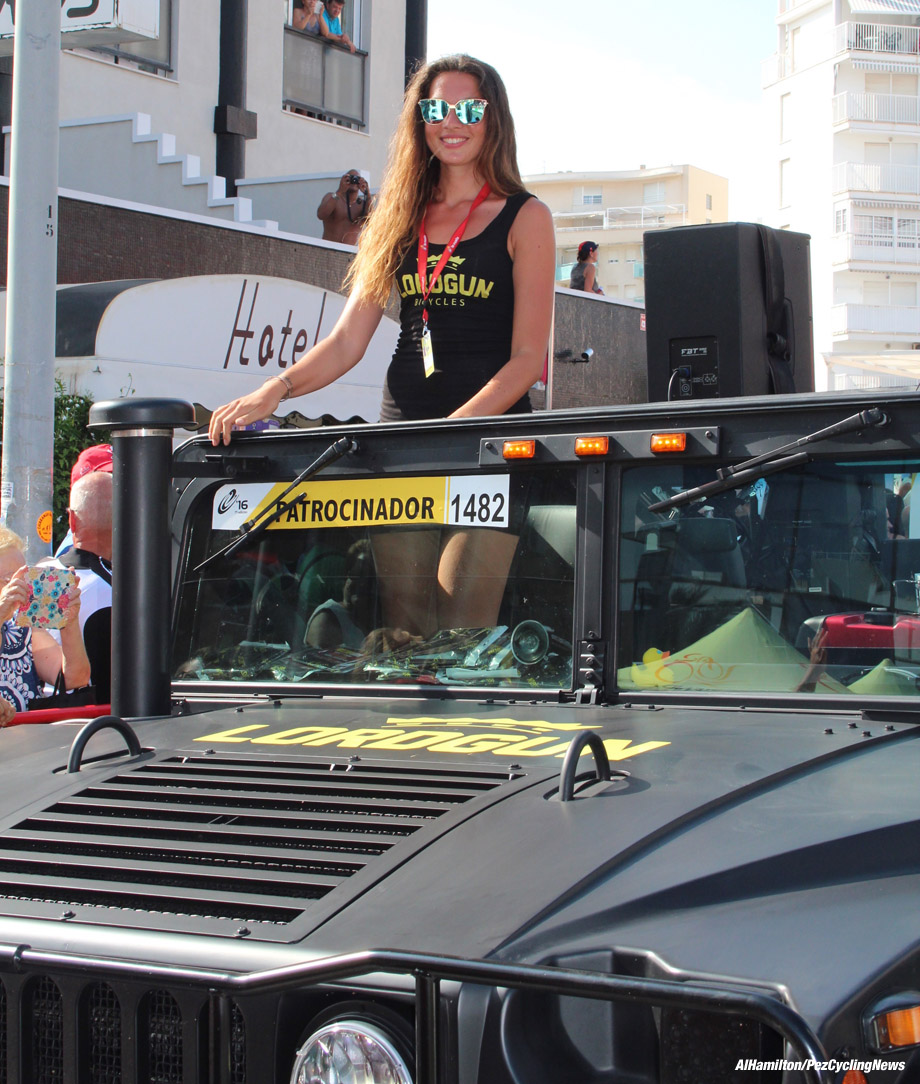 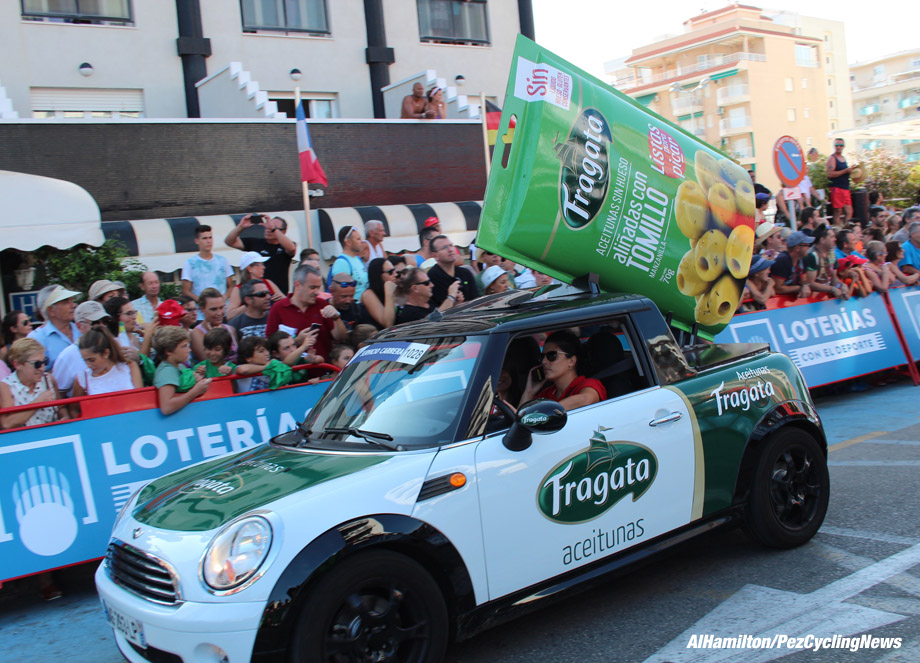 Hats are always popular in a sunny place. 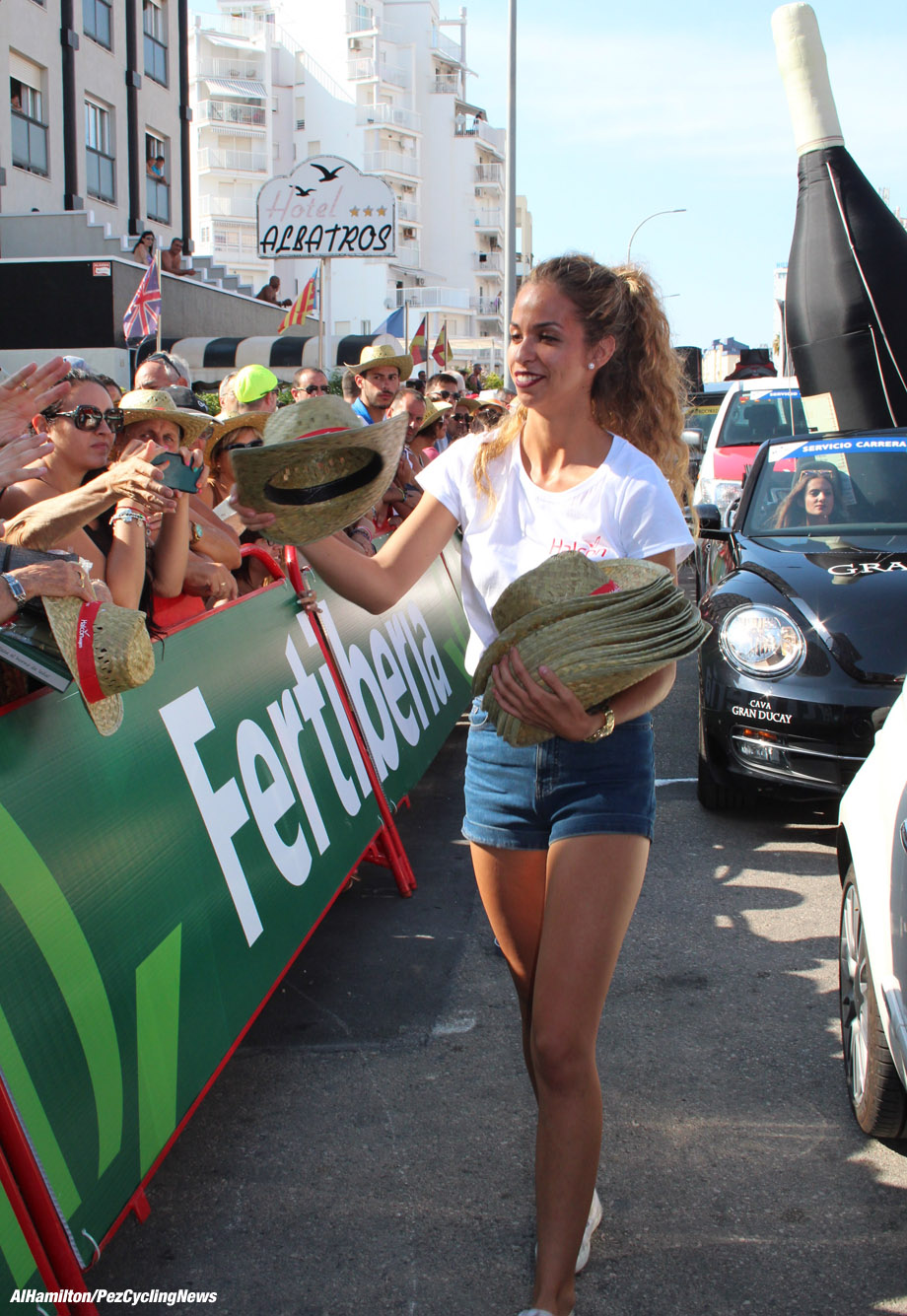 Fun over and the wait for the impending sprint was back on. Any famous people to spot? Oleg Tinkov was around, but ex-bike riders are always… at bike races. 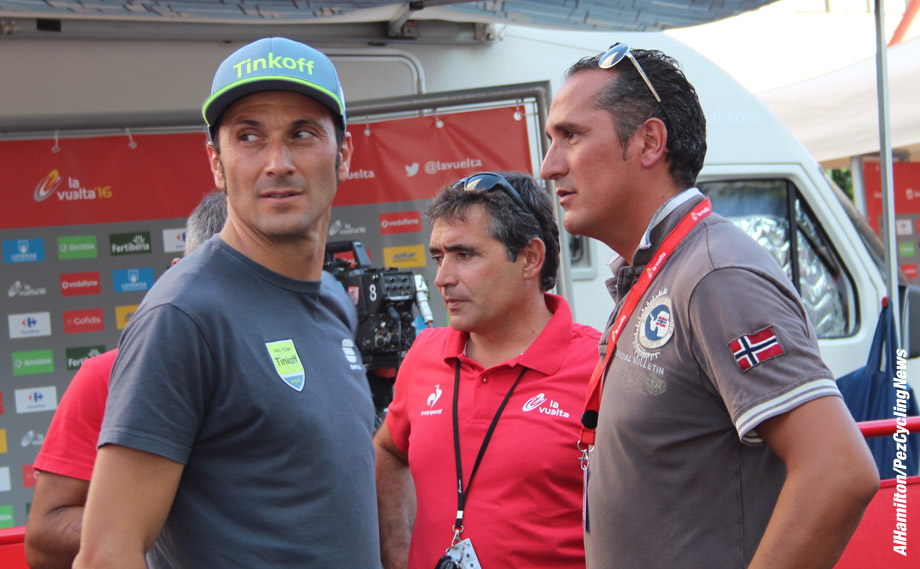 Ivan Basso and Angel Casero both look fit. It’s unknown what Basso will be doing next year, but Casero is behind the revamped Tour of Valencia. 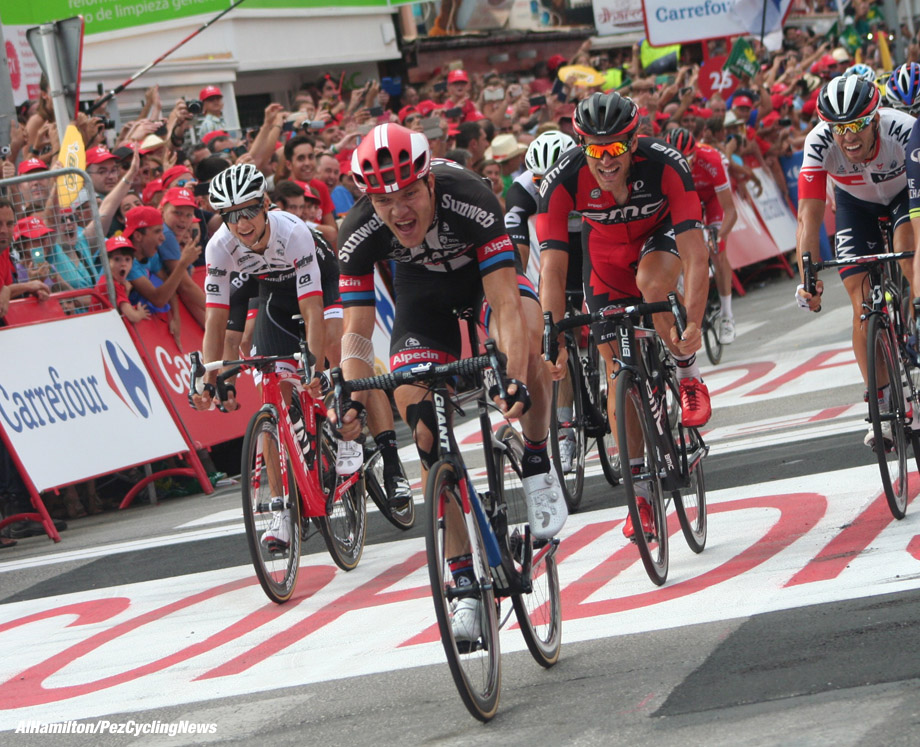 Time for the race to come home and look, Giant-Alpecin’s Nikias Arndt has won… Ah, well no. It was the Dane, Magnus Cort Nielsen of Orica-BikeExchange, yes a real photographer manages to get the ‘money shot’. 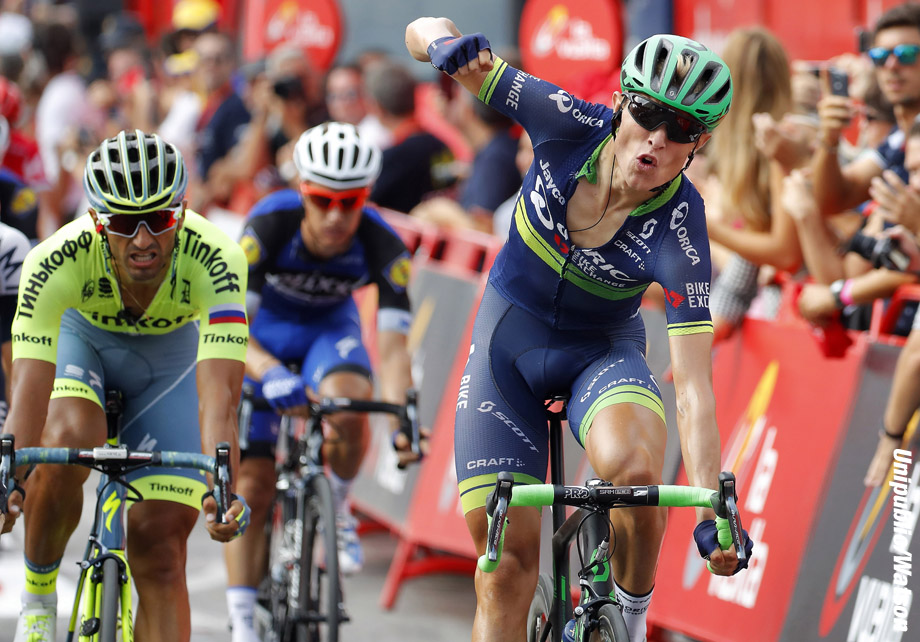 Time for the podium, the stage winner was easier to spot. 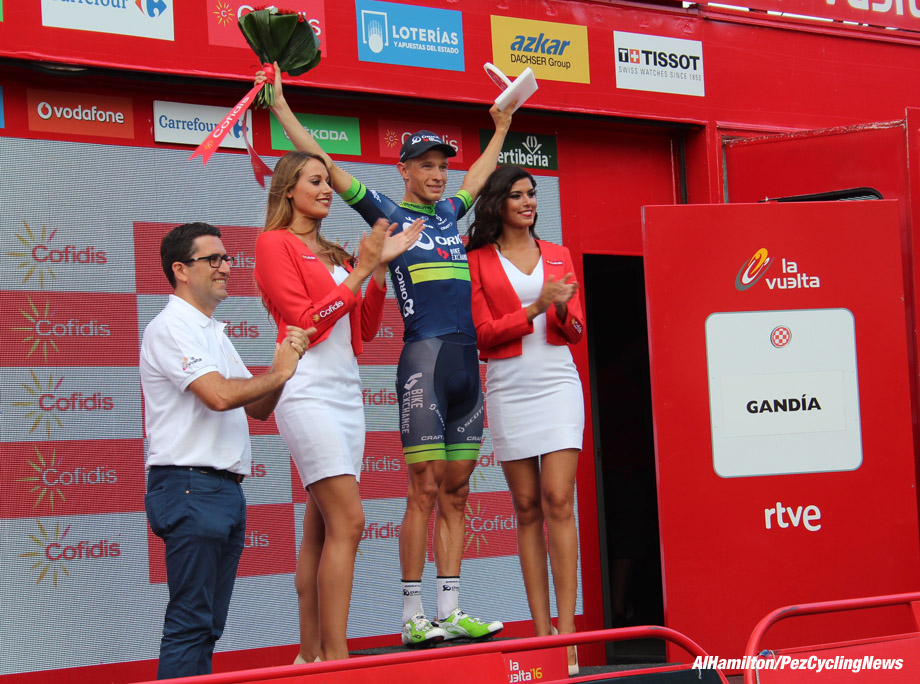 And those crazy Colombians are here again for their man Nairo. How will he fair against the clock on Friday? 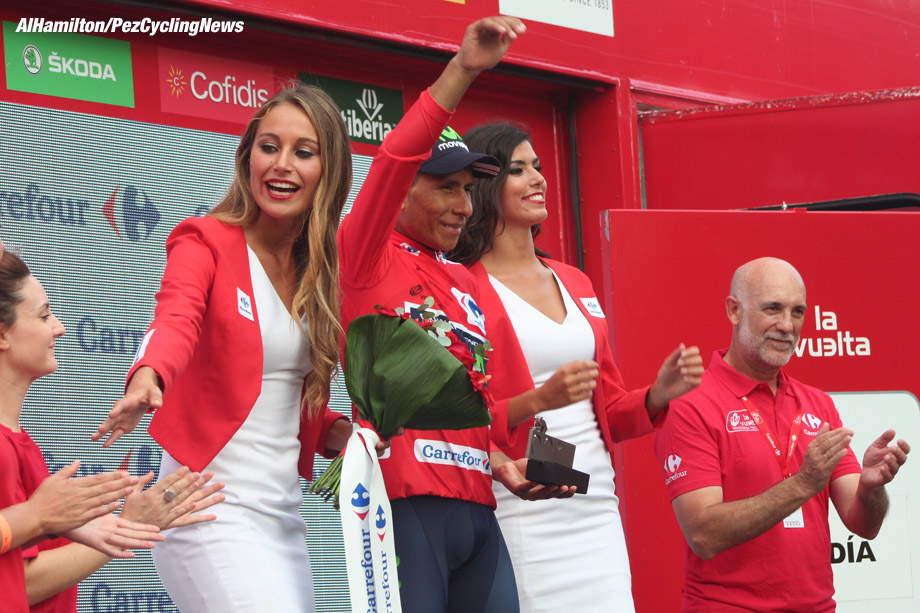 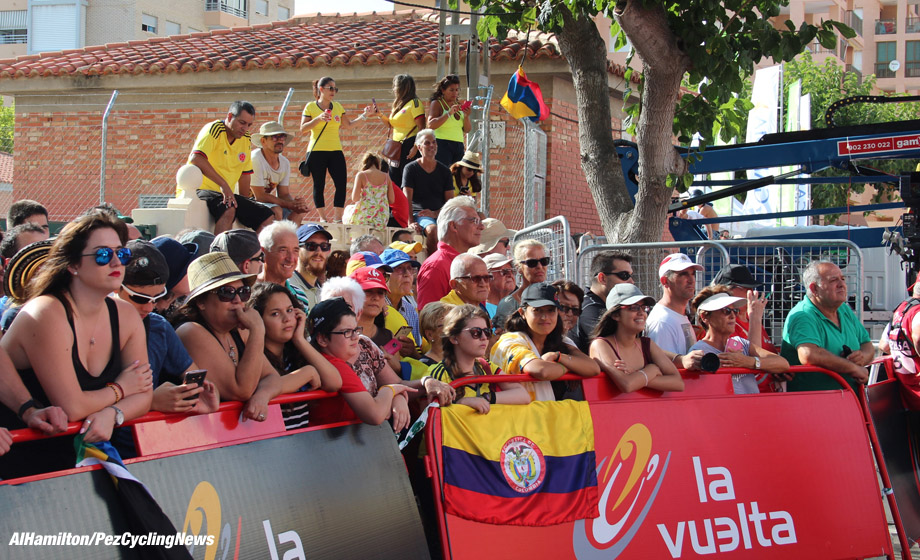