You know those days when things are quiet.. too quiet? I figured I’d just post that Where’s Pez pic to see if anyone was paying attention, and WHAM! – faster than you can say – ‘wake me up before you go-go’ – the inbox is flooded with mail from PEZ-fans clamoring for a pair of the oh-so coveted PEZ socks and cap…

Since starting this gig almost 10 years ago – I’ve developed a new hobby – it’s not likely to attract an app for it, or even sweep the nation, … but it does serve as a distraction in my personal version of reality.

I like to play ‘spot myself’ in the media coverage of big races I’ve been too. Come on – who doesn’t…? 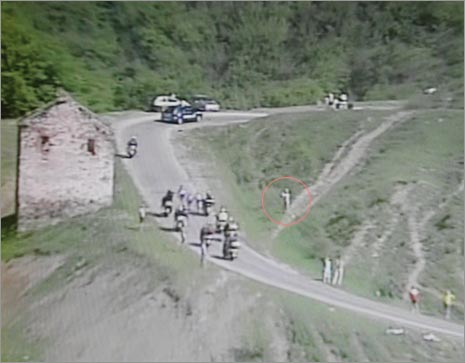 That’s me – circled on the hill side…

It all started back at the 2005 Giro, on the stage 17 climb to Limone Piemonte. Basso had already blown his Giro with a meltdown of Stelvionic proportions on the… wait for it… Stelvio, when after losing minutes on the climb, he actually stopped at the top to wait for his then DS Bjarne Riis to arrive with a thermal jacket to wear on the long and cold descent. His race was done, but by saving his energy – he roared back with a massive attack and win atop this climb near the French border in the southwest. 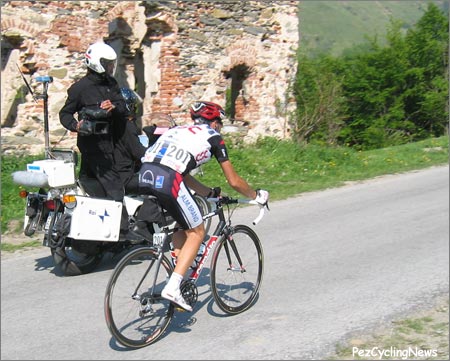 And here’s my photo of Basso from that very spot.

I turned up on the race video of the stage – oh yeah. Not that I was really visible – in fact I was pretty much nothing more than a few of those red, blue and green dots on the old analog tv – but with some CSI-like slo-mo replay, I was able to deduce which dots were me.

My new hobby was born, and grew – albeit at a snail’s pace – since I’d make it to only 1 or 2 big races a year, then I’d have to wait for the videos to arrive months later before I could search for my next on screen cameo. 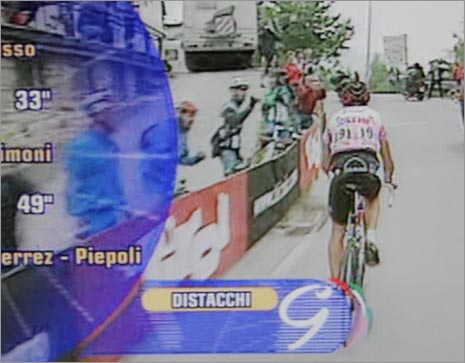 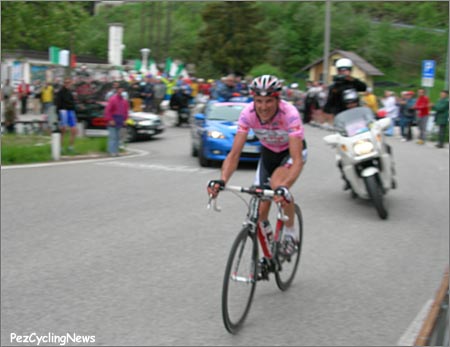 …And my photo of Basso.

But things picked up:
In 2006 – I rode the stage’s final climb up Monte Bondone at Trento – there I was snapping a pic of Basso again as he rode to another solo win.

– 2008 – I was clearly visible on the rooftop about 1200 meters below the finish of the Giro stage to Peschici.

– 2009 – there I am under the arches about 800 meters below the finish of the San Marco climb in Bologna.

– 2010 – no video that year… bummer. BUT – I did get this awesome photo from RCS of the finale in Verona – which brings us to today. 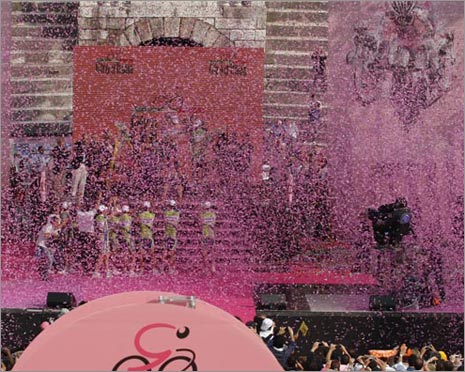 That was one of my best ever days on the Giro, and although my expectations were low going in, I used my backstage creds to maximum-effect witnessing up close the raw emotions of the riders and race staff at the end of a Grand Tour. 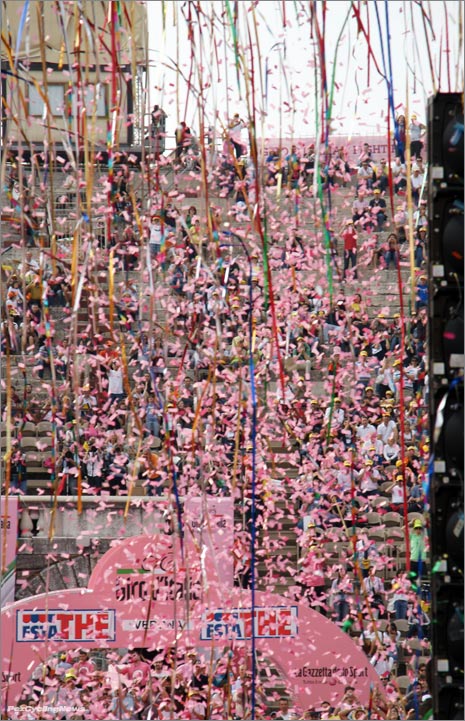 So there I was taking pics of everything going on backstage, and trying to take it all in at the same time. I remember this moment when the confetti cannons exploded, and the skies rained down millions of bits of tiny Italian-colored paper. 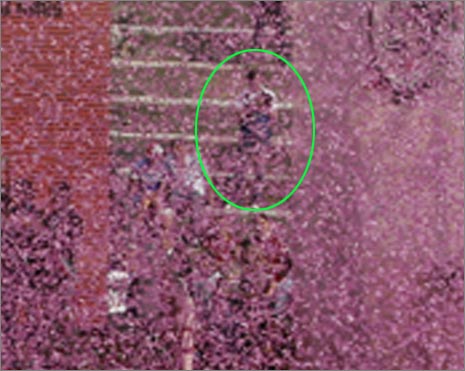 A few days later, I found a photo of that same moment, taken from the front side of the stage, and naturally I started scanning it for my whereabouts… Yup – there I am wearing my Ciclismo PEZ colors.

And now for the CONTEST WINNER!
Congratulations to Mark Wiart for being fast on his buzzer and sending in the first correct answer. A lot of you thought I was in that scrum to the lower right of the stage, and the guy in the yellow cap on the left was also a popular guess.

I’ll be shipping that PEZ cap and Socks shortly, and for those of you who found time in your busy schedules to play along from your home or office – thanks!

And don’t feel down if you didn’t win, you could always treat yourself with a little pick-me-up visit to the PEZShop here – my guess is you’re worth it.

Thanks to everyone for playing – and stay tuned for more.
– Pez

Catching Up With Up-And-Coming Dan Patten