The sport of professional women’s cycling is meant to be on the up, but ASO’s move to return ‘La Course’ to a one-day race is a step backwards in many peoples eyes. Joe Harris and Steve Maxwell of The Outer Line take an in-depth look at the future of the female side of the sport and suggest it is maybe time to wipe the slate clean.

–By Joe Harris and Steve Maxwell, The Outer Line.– 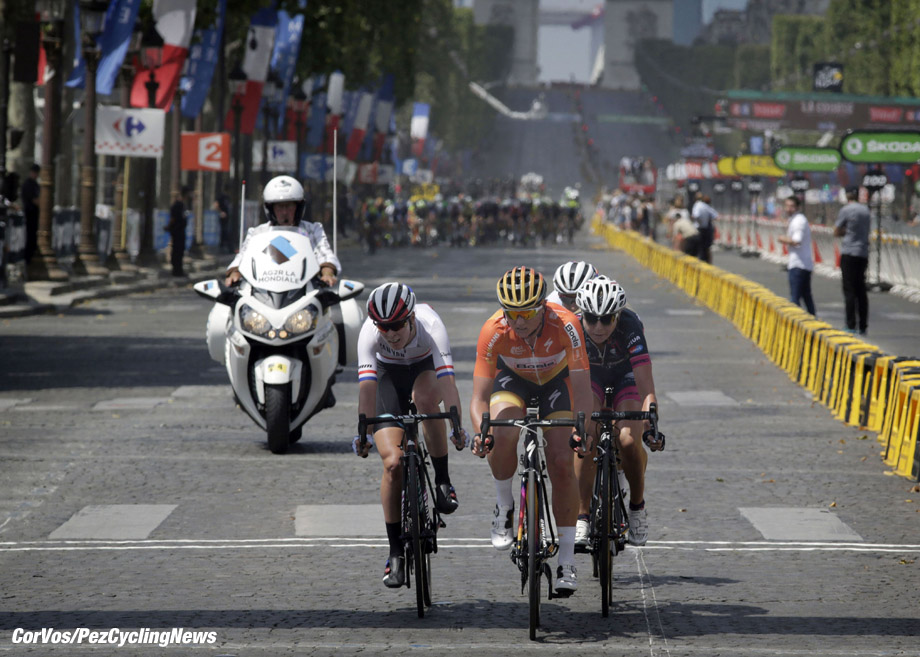 Back to Paris for ‘La Course’?

You can catch up with previous posts on women’s cycling: Status Of Women’s Cycling Part 1 – Part 2: Sexism And Abuse In Women’s Pro Cycling and Part 3: Owning the Road Ahead!.

The recent announcement that Amaury Sports Organization’s (ASO) major women’s race, known as “La Course,” will once again last only a single day in July, was a sharp jab in the side of women’s cycling – and the backlash from cycling fans and observers has already been considerable, given the recent wave of rising expectations for the sport. However, it’s time to stop pointing fingers at ASO, because women’s cycling doesn’t really need a single race which overshadows the rest of its calendar. Let’s talk about how the sport might plot a more successful path by developing its own agenda, priorities and schedule.

The success of the Tour de France may have made the Amaurys a wealthy family, but its domination of the men’s sport has not always been a positive thing. ASO and the interests of the Tour often stand in the way of the teams’ and the UCI’s struggles to implement meaningful competitive reforms; no discussion about how to grow and sustain men’s cycling can ignore the Tour de France elephant in the room. The Tour’s timing, right smack in the middle of the season, disrupts the sport’s calendar and diminishes overall viewership of later races (which falls by 50% or more in many key markets). Cycling’s die-hard fans will follow the whole season no matter the calendar, and this has been one of the sport’s saving graces. But for the sport to grow, it must reach out past its die-hard supporters and connect with a much larger global community of sporting fans. 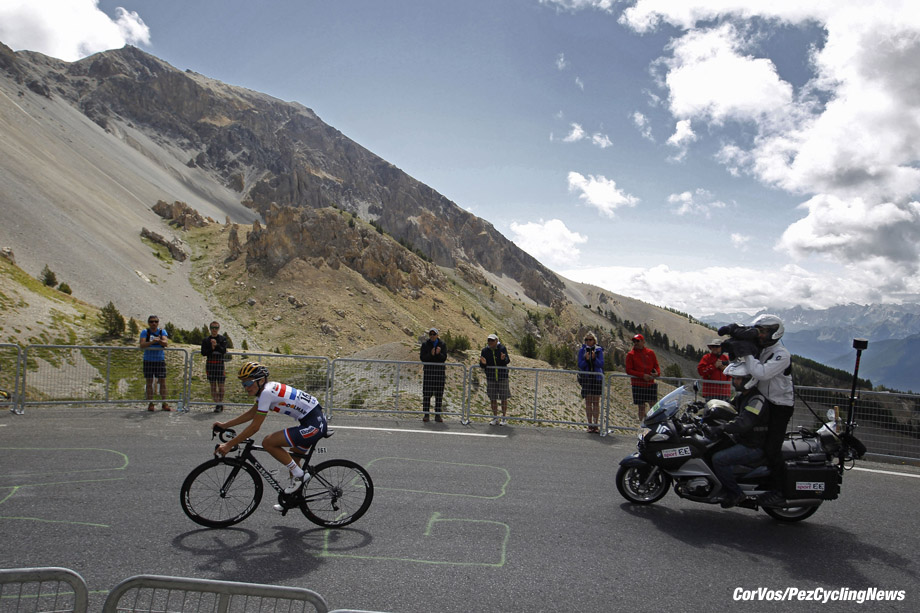 The women’s sport is in a different place, and it has the potential to transform pro cycling. This opportunity is rapidly gaining traction, as the athletes realize the collective strength of their influence, and as teams and investors see the possibilities of building cycling into a great women’s sport. To put it simply, women’s cycling has one critical advantage the men’s sport lacks: a clean slate on which to build its own version of professional cycling.

Women’s pro cycling is in a position to create a calendar with a sequential flow and a season-long sporting narrative that doesn’t have to illogically pivot on a single mid-season event. The women’s calendar can be structured so as to build chronologically to a true championship, and by implementing a logical points structure which can generate a building suspense from one event to the next. A season-long crescendo is a much more compelling story-line, and “hook” for attracting and retaining sponsors, enlivening and drawing in new spectators, and building a sustainable economic model. 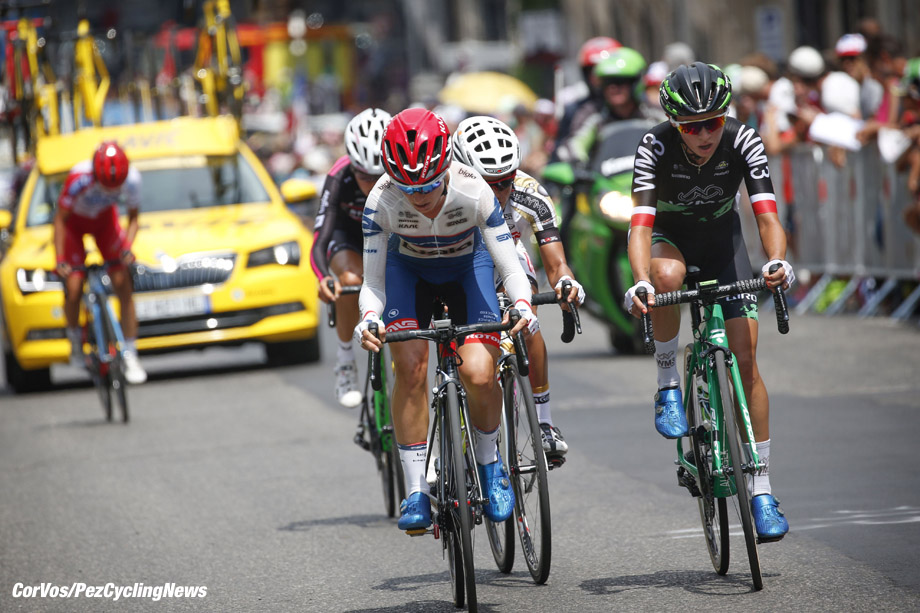 Just as important, the women’s sport can adopt competitive formats and content delivery models which are more relevant to younger cycling fans, and less rooted in the traditional concepts of what a televised bicycle race should look like. New media distribution models could leverage sponsors and partnerships which focus on women’s consumer habits and social trends. That is the women’s sport’s greatest strength: the ability to connect with a different cross-section of potential fans, inspire more participation in cycling around the globe, and create new cycling enthusiasts. All of this would be much more difficult if we tried to recreate the women’s sport in the image of the men’s sport – shaping it to follow the conventions and conceptions which limit pro cycling today.

New UCI President David Lappartient recently reacted to the La Course announcement with disappointment in ASO’s lack of leadership to invest in women’s cycling. While it is encouraging to see Lappartient stand up to ASO, to be fair ASO is only looking out for its own best interests. It is a private company, with no necessary obligation to listen to outsiders as to how it should run its business. The implied lack of leadership here is more in the UCI’s court than in ASO’s, and it is important to remember that global development of the women’s sport is an important foundation of the sport’s Olympic charter. 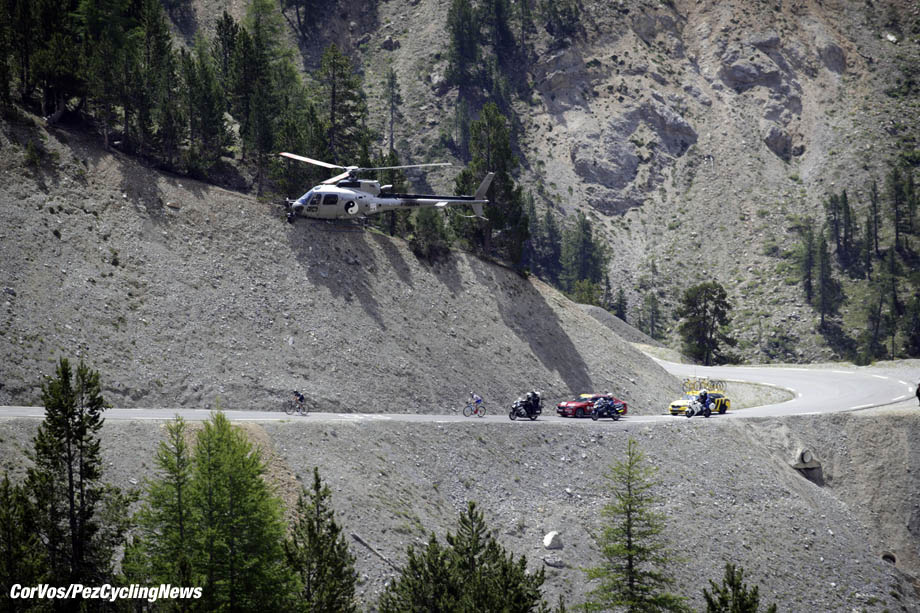 Full TV coverage for ‘La Course’ on the Izoard

It is incumbent upon the UCI to create and communicate a meaningful strategy for the growth of women’s professional cycling, and to provide race organizers like ASO with the incentive to invest more capital for better supported and broadcast races in the first place. One big race to showcase the sport, shouldered by a single promoter, potentially creates an impasse; several such races, evenly spaced and supported across the calendar, can completely reshape the sport’s potential.

Brian Cookson laid some of the groundwork for growth in women’s cycling during his presidential tenure. Yet despite building a UCI budget surplus of 20 million Swiss Francs to finance new directions, he failed to materially define how to grow the women’s sport. These reserves should now be invested in defining and implementing critical changes. Lappartient won the UCI Presidency by focusing on what he will do in the future, rather than overstating his past successes – and at this particular point in the evolution of women’s cycling, actions speak a lot louder than words. 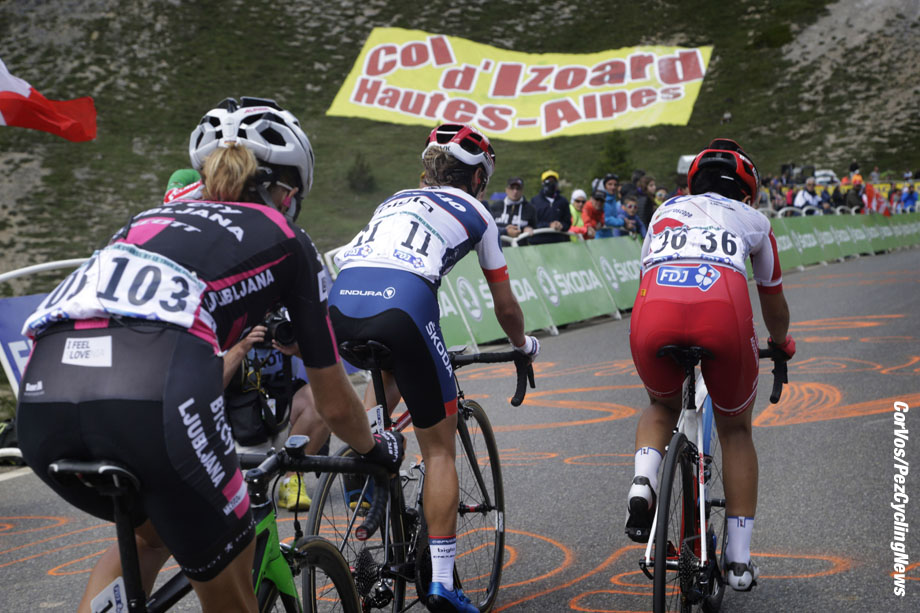 The UCI should make a renewed effort to listen to its racers, the sponsor community, and to learn from other successful women’s sports. A long-rumored, newly-emerging movement for an independent women riders’ association can also act as a guiding presence here, helping to insure that this growth and development actually happens with the best interests of all the stakeholders. All of this will help drive change and encourage a more exciting and sustainable economic model. A new structure of races and a stronger narrative of competitive storytelling could make women’s cycling more exciting and identifiable to sports fans everywhere, more enticing to investors and sponsors, and shift the conversation and focus away from July forever. 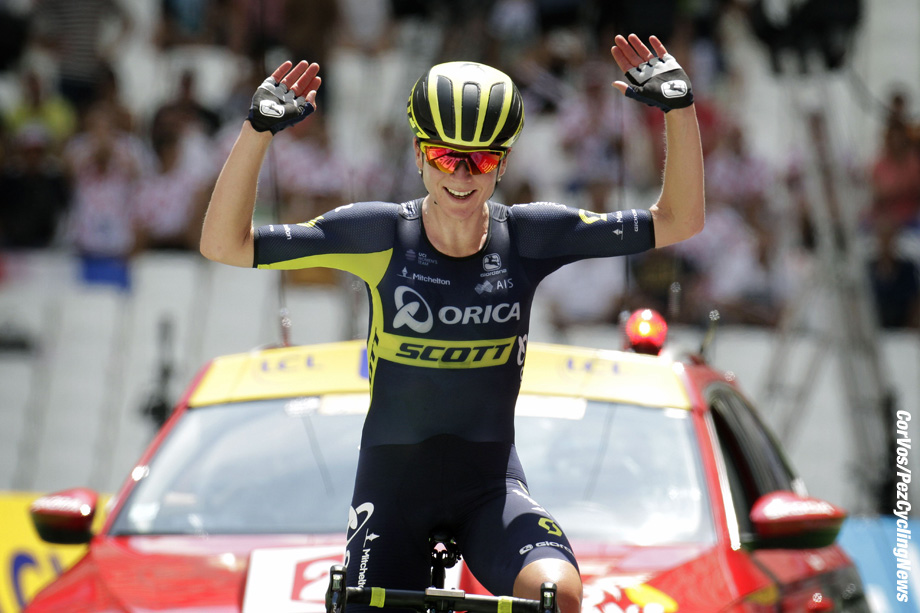 Disclaimer: As with all postings on theouterline.com, our goal is simply to provide ideas and spur debate about what constitutes real change in professional cycling. If you have an opinion about how to repair and strengthen professional cycling, please contact us, and make your ideas or opinions heard.
Joe Harris and Steve Maxwell, The Outer Line, November 6, 2017