By Leslie Reissner On Aug 25, 2019
Share
Like PEZ? Why not subscribe to our weekly newsletter to receive updates and reminders on what's cool in road cycling?

Bike racing is hard: it is not enough to have raw talent or genetic advantages as you have to put in the hours training, eating right and understanding strategy. Imagine then that you are one of the best riders in the world but are prevented from racing because of the colour of your skin. Before baseball player Jackie Robinson, before heavyweight boxer Jack Johnson, America’s first black sports hero and an international star was cyclist Major Taylor, whose story is both inspirational and appalling. 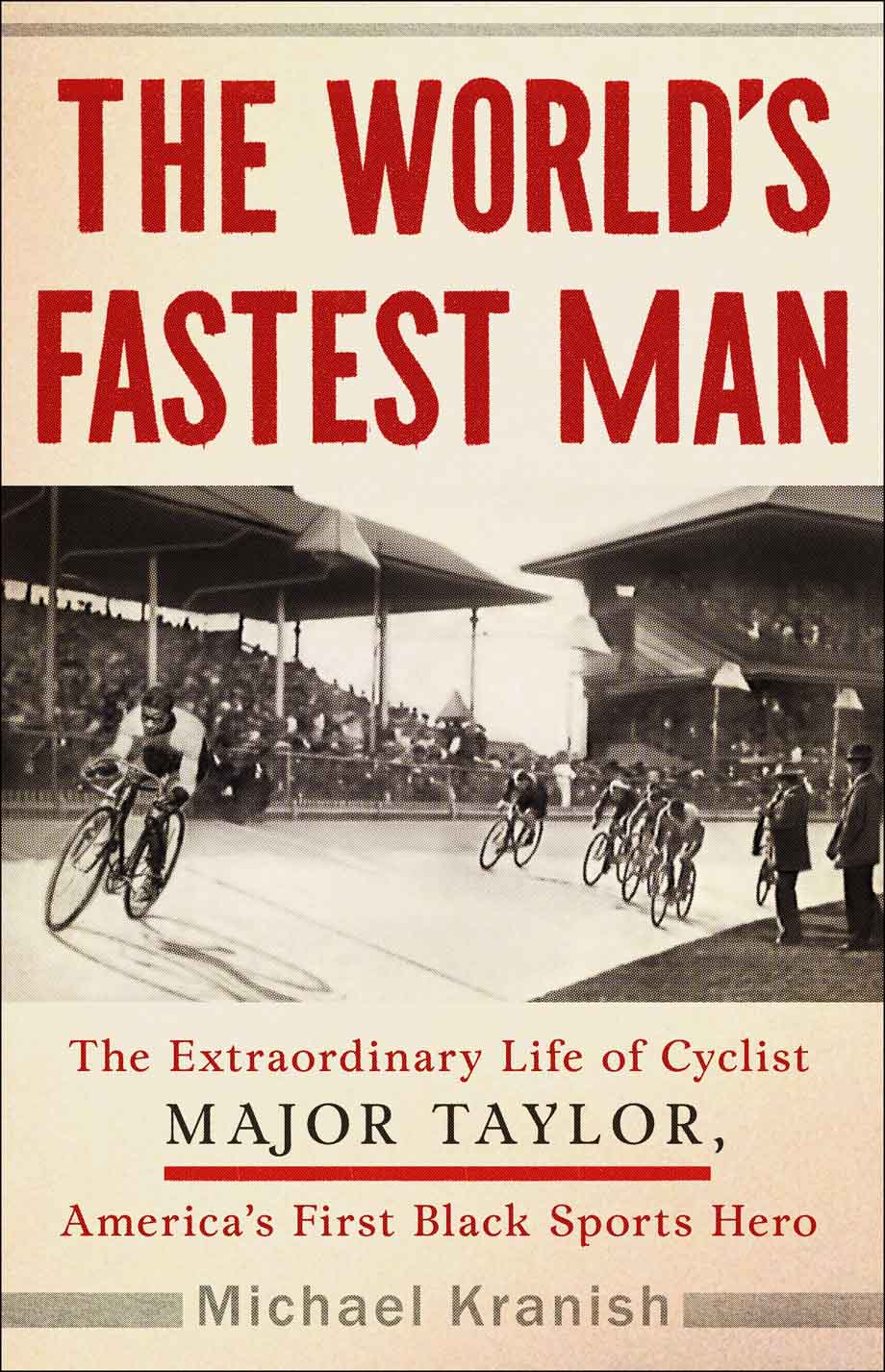 “The World’s Fastest Man” is an excellent new biography by Washington Post investigative reporter (and keen cyclist) Michael Kranish covering the life and times of Marshall “Major” Taylor (1878-1932). Taylor, born in Indianapolis, had a most unusual upbringing for a poor black child. His father, a Civil War veteran, had a job working for a wealthy white family who essentially took the boy in to be a playmate for their own son of the same age, the first of a series of liberal whites who would assist the young Taylor. His degree of literacy was probably higher than many contemporaries and he grew to be a well-spoken and surprisingly genteel individual. 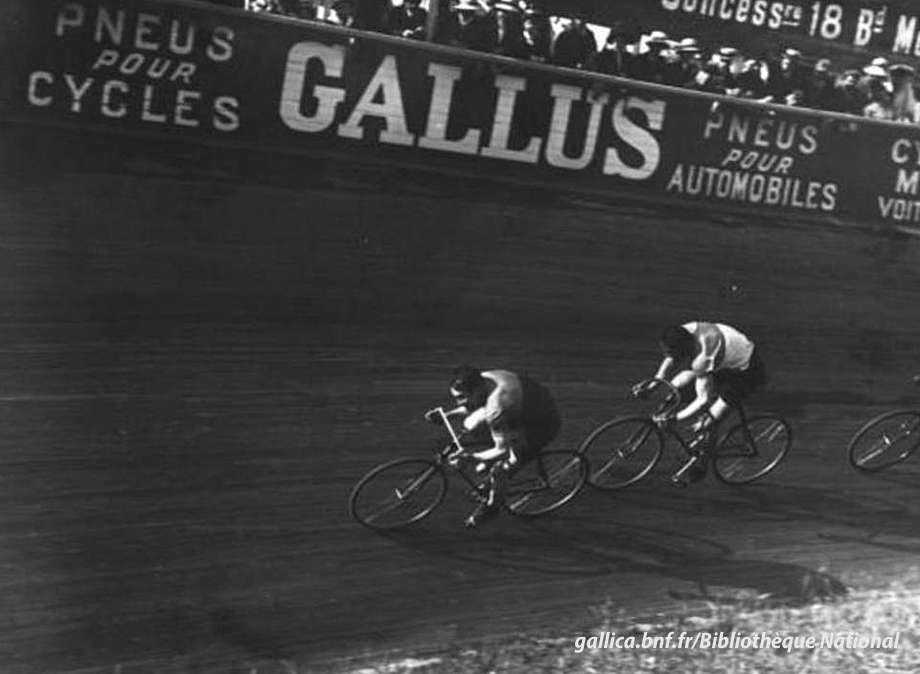 His semi-adopted white family, on seeing the pleasure he derived from using their son’s bicycle, purchased a bike for Taylor and he was soon capable of impressive trick riding. A local bike shop owner was so taken with his skills that the 9 year old was hired to do his tricks outside the store to attract customers and was given a military-style outfit, which resulted in his nickname of “Major.”

The author skilfully recounts Taylor’s unexpected rise as he is discovered by Louis D. “Birdie” Munger, a highly sympathetic character who had had a successful racing career himself when high-wheelers ruled the roads. Munger recognized Taylor’s talent and was determined to see him recognized as “the fastest man in the world.” At 13, Taylor won his first bike race and met famous racers of the era, notably Arthur Zimmerman, winner of the first World Championship in 1893. Taylor adopted Zimmerman’s training plan, which is surprisingly modern with its emphasis on nutrition. Taylor, who was devoutly religious, neither drank nor smoked. 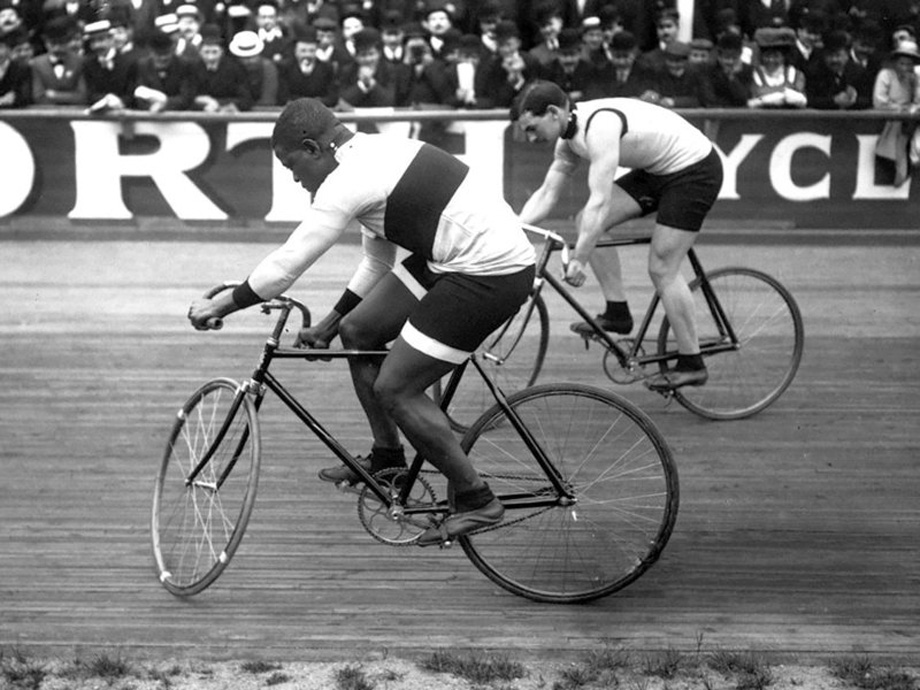 In parallel with the gripping tale of Taylor’s racing success, there is much about the challenges he faced as well. Author Kranish does a commendable job in tying in Taylor’s problems with the emergence of Jim Crow laws in the United States, institutionalized after the ridiculous “separate but equal” finding of the 1896 Plessy v. Ferguson case in the US Supreme Court. Much of the book deals with the humiliations (or worse) suffered by blacks in this era. Munger, who was running a bicycle factory at this time, and Taylor left Indianapolis for the seemingly more liberal environs of Massachusetts, settling in Worcester. Munger established a new business there but spent much of his time working with Taylor and the results soon came in on the track.

Taylor was the sole black cyclist riding at the top level and discovered the hostility of other racers meant that he had to work out strategies to allow him to succeed when they colluded against him— “collusion” including the threat of physical violence. His struggles with sanctioning bodies are covered in detail and enemies, notably racer Eddie “Cannon” Bald, worked to ensure that Taylor would not be able to participate in races. In 1899 Taylor became only the second black athlete to win a World Championship (and the first in cycling) when he competed in Montreal, taking the sprint title in a city without a colour bar. 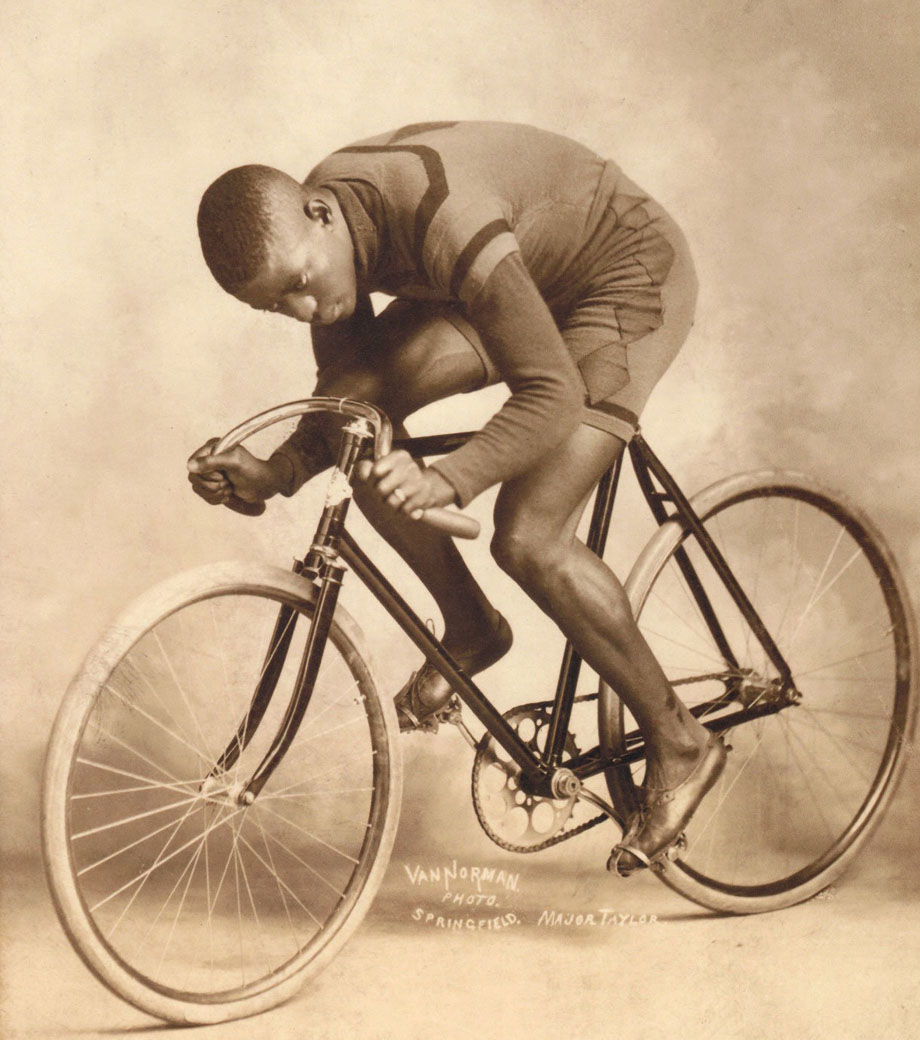 The League of American Wheelman, the biggest cycling organization, denied membership to blacks but would sanction Taylor to race so Bald started a competing racing organization that eventually pushed LAW out of the way. Munger realized that the only way Taylor could race was by setting records on his own, using motorpacing. The tracks of the day were not very good and riding at speed behind a steam-powered “motocycle,” subject to constant breakdowns and explosions, must qualify as near-madness.

In spite of his troubles in America, Taylor’s progress was viewed with great interest by others and promoters from France were most anxious to have him compete there. Initially, his refusal to ride on Sundays was a barrier but a contract was worked out to his satisfaction and he sailed for France and international success. Incidentally, he was prevented from joining the congregation of the local black Baptist church in Worcester not because of his colour but because of his profession! 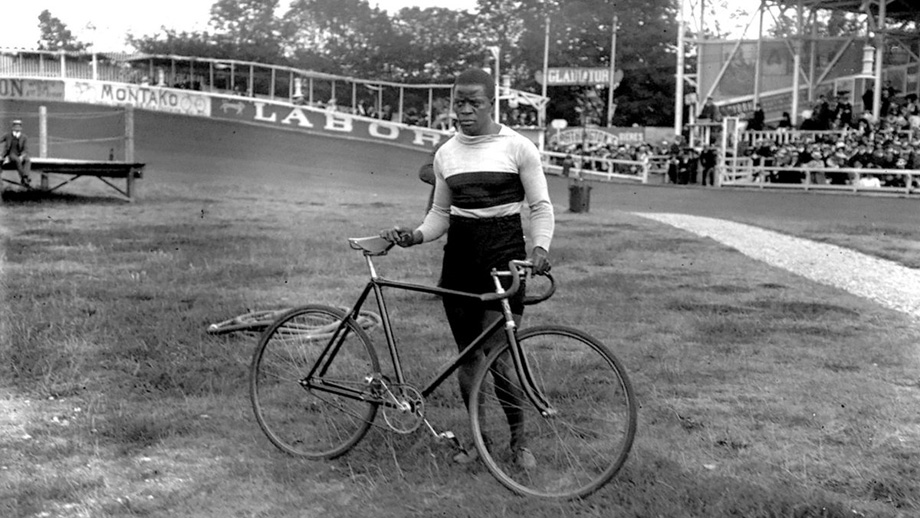 The highlights of “The World’s Fastest Man” are the lovingly recounted triumphs of Taylor in France, and, following more trouble in the United States, in Australia. His first visit Down Under was a smashing success but the second less so. The author suggests that this may have been due to the White Australia movement but unfortunately does not go into much depth. Taylor returned to the US with an Australian friend, racer Don Walker, who was appalled at the treatment that Taylor was getting compared to how idolized he had been in Australia. The book is replete with stories of Taylor and his family being refused meals and accommodation, something that accelerated as the Jim Crow era continued, even in places like Worcester. Taylor, who had had good earnings, was only able to buy a nice house in his adopted town through subterfuge. 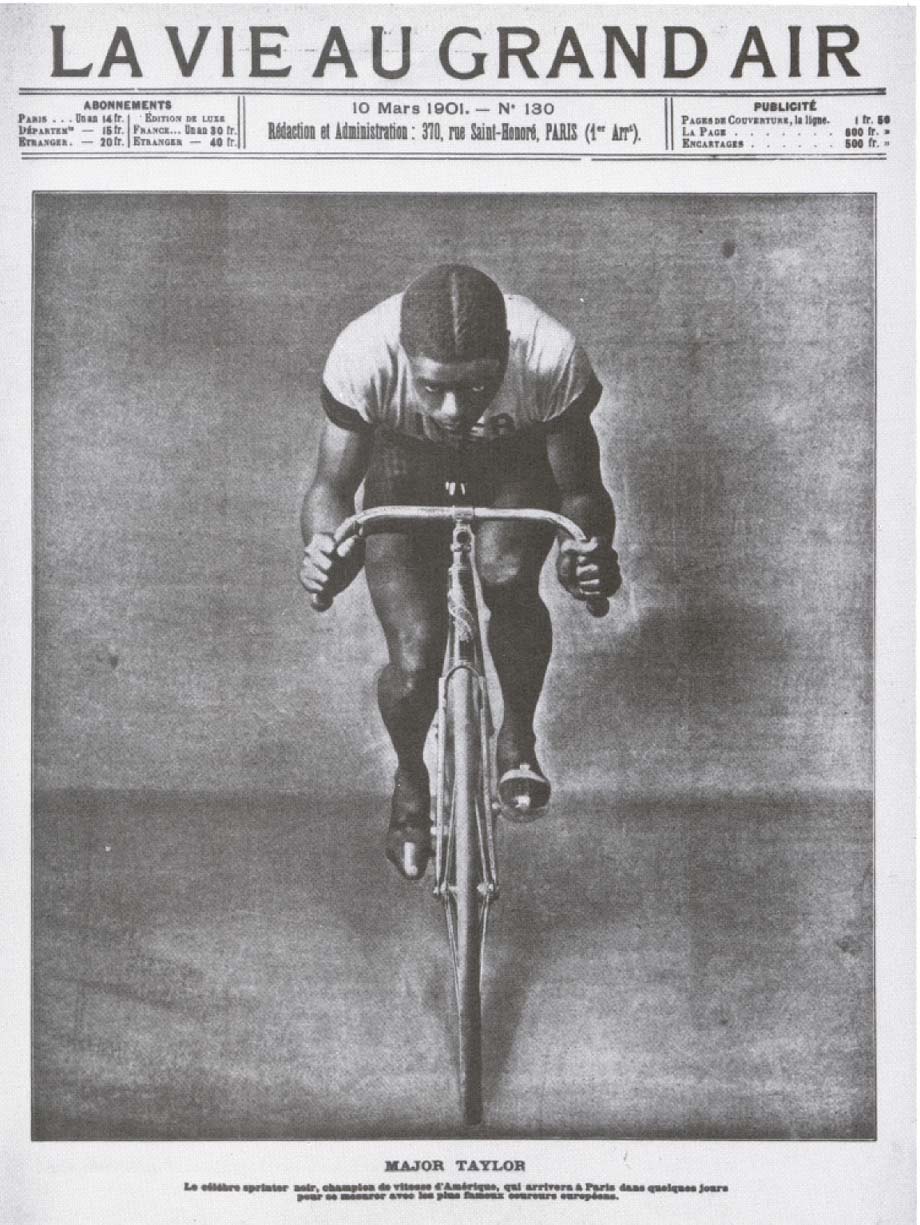 His racing career over by 1908, Taylor’s life spiralled downwards. The bicycle craze fizzled as the automobile took centre stage and attempts by both Munger and Taylor to do things in the new industry did not work out. Taylor died, alone and destitute, in 1932 and buried in a pauper’s grave near Chicago.

His accomplishments were pretty much forgotten although 16 years after his death, a group of former professional cyclists, using funds donated by bicycle magnate Frank Schwinn, arranged to have the remains relocated to a more prominent place in the cemetery with a suitable memorial. 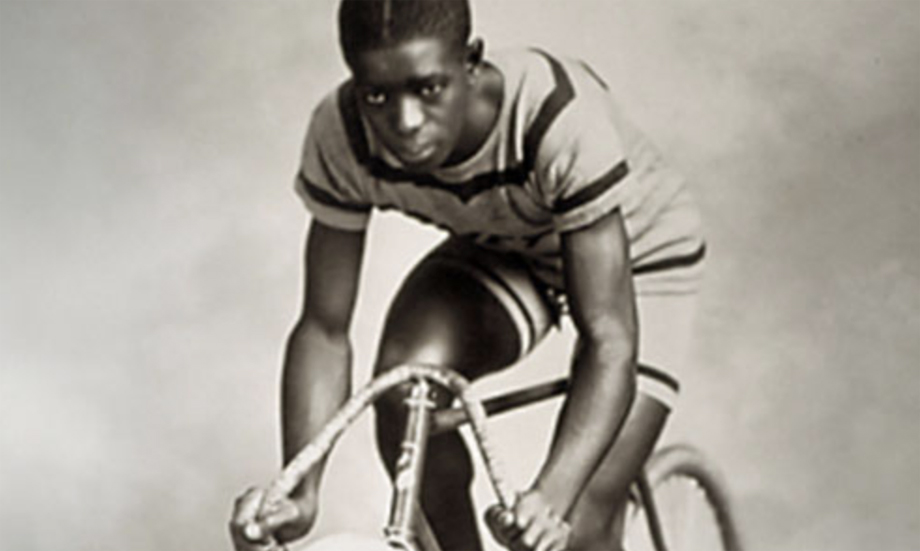 Interest in Major Taylor was revived in 1982 with the opening of a velodrome in Indianapolis bearing his name and since then his life has been the subject of numerous publications, notably Andrew Ritchie’s 1988 biography. A Major Taylor Association was formed in Worcester in 1998 and a fine bronze monument there was unveiled (with Greg Lemond present) in 2008. Hennessy, the cognac producer, produced a short feature on Taylor’s 1896 race at Madison Square Gardens in 2018, entitled “The Six Day Race.”

“The World’s Fastest Man” is a first-rate addition to the Major Taylor bibliography. Elegantly written, it is the story not only of a great racer with a huge heart who stood up as a man in a time of shameful hypocrisy that should not be forgotten. 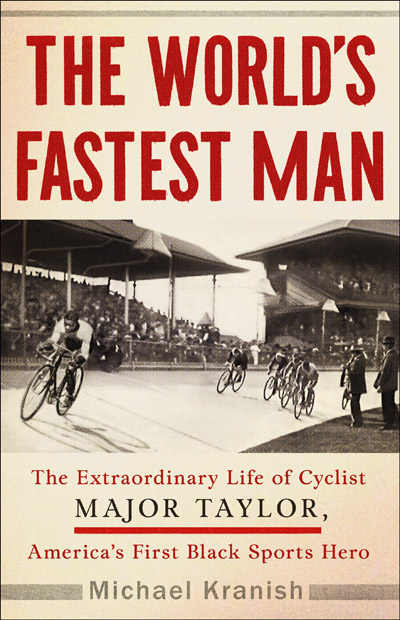 Apart from the cover, photos are not from the book.

When not glad to be living in the modern age, Leslie Reissner may be found riding retro bikes at www.tindonkey.com