Dario’s Diario – Goin’ For It On The Zoncolan

When we last spoke to Dario it was on the rest day; he told us that he was planning an attack on one of the two transition stages. Instead he ‘went for it’ on the day the stage finished on the mighty Zoncolan, defying the GC guys and only succumbing as the final dice were tossed.

PEZ: How are the legs?

Dario: They are OK, it was a flat stage today (Thursday) and I was able to recover.

PEZ: Was it a pre-planned move on the Zoncolan stage?

Dario: We talked about it beforehand, yes. There was no point in waiting, on that stage we had to get into a big early break. We got an advantage, but unfortunately it wasn’t enough There was a lot of work being done behind to get us back. I think if we had maybe another minute-and-a-half then we could have survived. 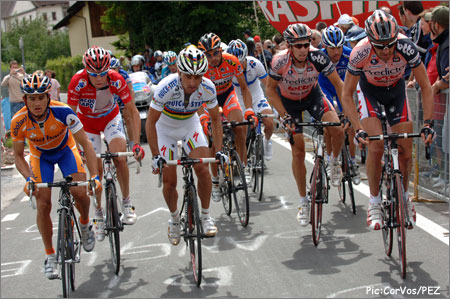 The break conspirators did everything they could to arrive at the foot of the Zoncolan with a fighting chance at the win.

PEZ: Was it planned that your team mate, Mario Aerts should go with you?

Dario: A thing like that is difficult to plan, it just happened that way, but it was good for us because it meant we had two riders from our team in the break, both of whom can climb well.

PEZ: Did everyone work well together?

Dario: Yes, everyone wanted to get as close to the Zoncolan as possible with a good gap so as they would be at least well placed for the climb.

PEZ: You attacked approaching the climb.

Dario: It wasn’t so much a serious attack as a wake-up call to the other guys in the break that the pace was slacking and we had to drive harder if we were to succeed. 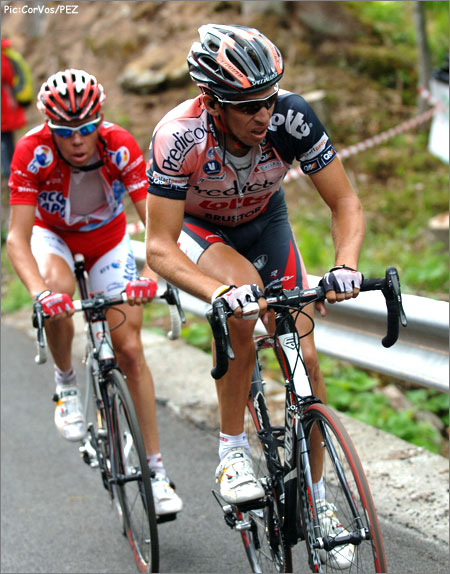 Dario held on for what seemed like an eternity…and probably felt even longer for him.

PEZ: What was the gear for the Zoncolan?

PEZ: When did you realise that you weren’t going to stay away?

PEZ: You got as much TV time as Simoni, management must be pleased?

Dario: Yes, it was also good that Mario and I made it into the break of the day because we completely missed the break the day before when Garzelli won. That was really the first day we missed the break so it was good to put in a strong performance the next day.

PEZ: Will we see you ‘up the road’ again, this Giro?

Dario: There’s not much time left, just one stage but we’ll see. There’s the time trial to come too and I would like to do well in that.

Dario: He has almost won the Giro, with a 45 kilometre chrono to come it should be OK but it’s not certain. Tomorrow (Friday) there may still be attacks from Schleck and Simoni, in particular, has nothing to lose.

We’ll talk to Dario again in Milano after the final maglia rosa has been wrestled-on.