As much fun as it is to ‘vive il sogno’ chasing this beautiful race around a beautiful country (and it is a blast), the amount of hours and work that go into producing daily coverage keeps us working from morning in Europe to night on the North American west coast. Here’s how we do it…

It’s 4PM in Milano, the Giro is over but the ceremonial sprint down Corso Venezia, and subsequent molto grande festa at Team Liquigas. The mood in the press room is the usual mix of relief, exhaustion, and a little sadness that it really is about to end… 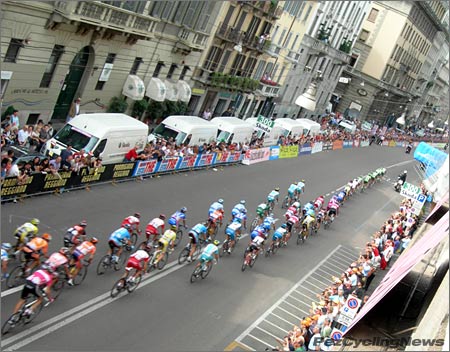 My hat goes off to the full-time journos who cover these three week tours from front to back – 21 days of transfers, deadlines, strange beds and strange roads is no easy way to make a living. But it’s very cool to work alongside this group of dedicated pros – the photogs, journos and support crews who bring the news of this race to the world every day without fail. There’s a reason our own roadside coverage is split into three weeks – both Ed Hood and Bob Cullinan know the reality of how much ‘work’ is involved to extract and publish just one story with pics each day.

But our work on the ground is only part of our efforts. This year has been our most complete Giro coverage to date – our first year with daily roadside reports from start to finito. 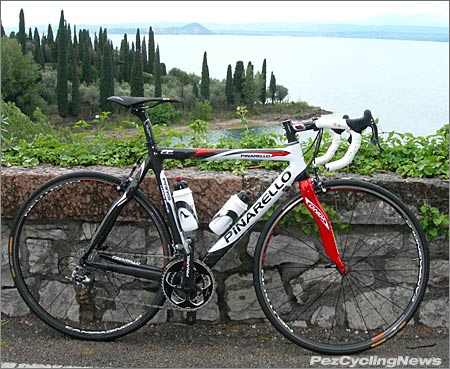 I had the distinct pleasure of riding not on w-e but two top Italian marques over the past week. Stay tuned for my full reports on the Pinarello Paris…

My hat really goes off to the valiant PEZ crew – who’s teamwork allows us to show you sides of this great race you don’t see everywhere else. Although none of us live anywhere near the others, the internet and our commitment and love of cycling is what makes us PEZ. 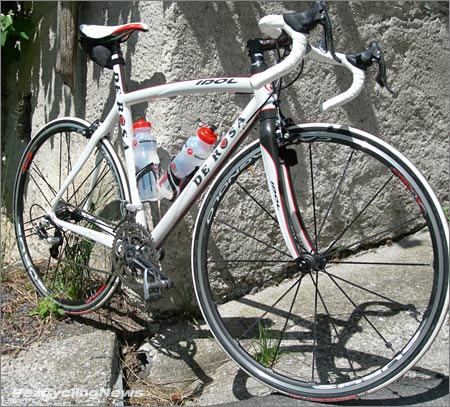 A ‘typical’ day on the Giro looks like this:
On the race, Ed, Bob, and myself will do our roadside best and chase down stories each day – some of which we plan while others present themselves unexpectedly. Sometime through the day we snap the photos, and plan out a storyline. Then around 5-6PM, usually after the stage has finished (but most days it’s closer to 7-9PM), we’ll find the press room or hotel internet and send the photos to PEZ HQ for editing and tap the words “della tappa”. After that it’s time to hunt down some dinner, and hopefully our hotel is not too far. Or we might transfer several hours to the next stage that night or the next morning. 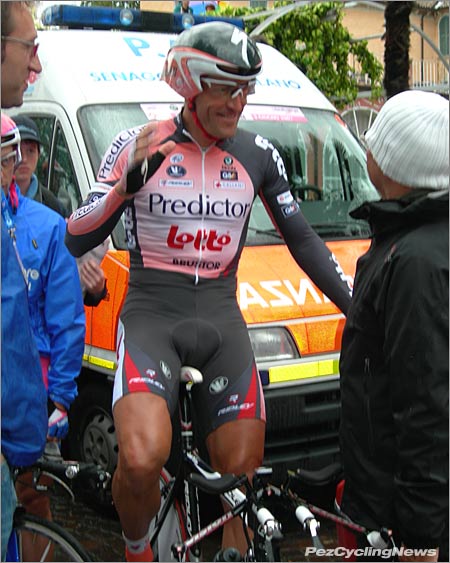 At yesterday’s TT start in Bardolino, I mistakenly called Stefano Zanini as Nick Gates. He’s a big guy who cuts a dashing swath – and you bet I felt like a dork.

There’s always a ‘giorno senza’ (jour sans, or day without) on the race, you can’t plan for it but you know it’s coming. Ed’s was not getting space on the official Giro ferries and having to transfer from Sardegna to Rome, then drive a few hundred kms south to the next stage; Bob’s was a lost hotel reservation at midnite in a town with no more rooms, and mine was two days without internet between the Udine and Bardolino. Every single hour counts for something important – especially when you never get enough sleep, or getting a meal at a decent time. And time never goes faster than a day here.

But what doesn’t kill you …

Meanwhile – our crack crew of race reporters – Alastair in Spain, Gord in Scotland, Dave in Portland – and Jered in Georgia, will be recording their own impressions of the race as it happened. And although race reporting has never been our focus – I wouldn’t feel right about covering a Grand Tour without our own daily race reports.

Then, popping in and out as his day job as a mechanical engineer for a shipping company permits has been our own man in Italy – Alessandro Federico. Much of his work was done pre-race, his interview with race director Sr. Zomegnan and his detailed stage previews written in words only a true Italian could muster. Our coverage just wouldn’t be complete without a dose of real deal Italian. 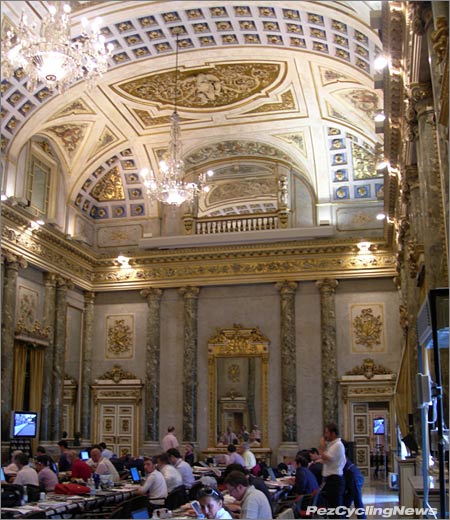 The press room in Milan is the right place for the world’s scribes and photogs to complete this task.

Back home it’s early- to mid-morning and Jered (east coast) or I (west coast) will start work editing the pics of the day – this takes anywhere from 1-2 hours, and another hour or so on the words which usually arrive by now. Our goal is to have both our race report and Giro di PEZ posted by lunch on the west coast – but some days even that is tough. And when I come to Italy, Jered shoulders the huge job of editting your daily PEZ.

But the whole thing works, and for 21 days we crank it in the big ring – so I hope you’ve enjoyed our take on this year’s race. 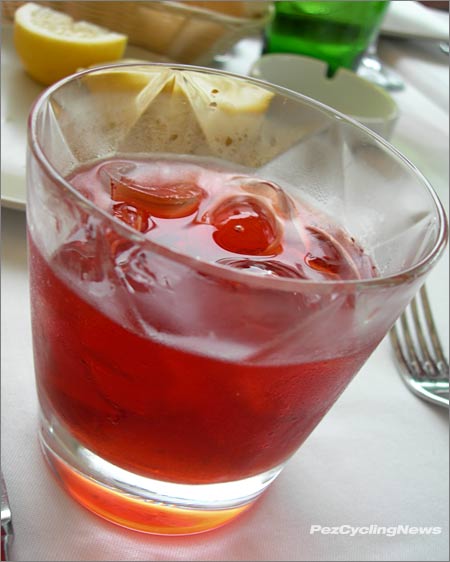 This – my friends – is my well earned reward as the Giro ends in Milano. Behold the ‘Negroni’.

So join me as I raise my glass and toast the guys who’ve presented our most complete – and entertaining – Giro coverage ever. You can bet I’ll be doing the same from here in Milan – as soon as I can find the nearest negroni.