Giro Di PEZ – From The Plain To The Cima Coppi

PEZ’ resident Italian poet/correspondent, Alessandro Federico, made his way to the epic heights of the Colle Dell’Agnello and left with words of music and pictures of alpine heaven and a day better not forgotten – check it out… 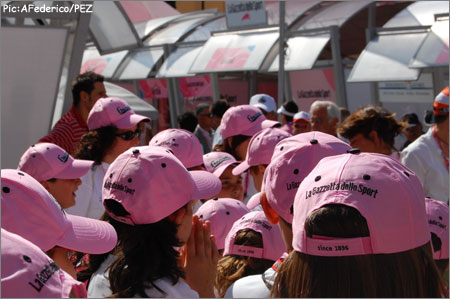 At usual the Giro village at the departure is colourful: VIPs, riders, supporters and the curious are confused and all together. It’s a hot day in Scallenghe and we I decided to leave early to get a look to the roads some time before the passage of the Giro. 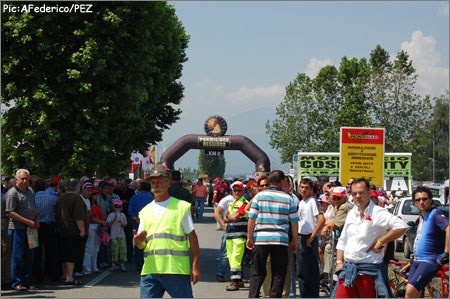 After the start line in the departure village the riders had to ride for 6 km to reach the official start line, the so called “Km 0”. I find there a big crowd waiting for the race and it is only thanks to the help of an old alpine man with a moustache that I’m able to proceed. 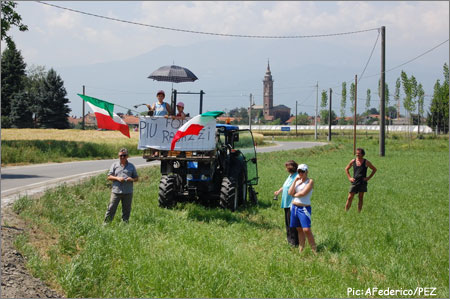 The first kilometres develop in the plain at the feet of the Alps. We are in Piemonte region, that in Italian means “at the feet of the mountain”. The countryside is dotted with small villages and fields. Here the people live with the agriculture and the Giro; it’s such an enormous event that everything stops for it. 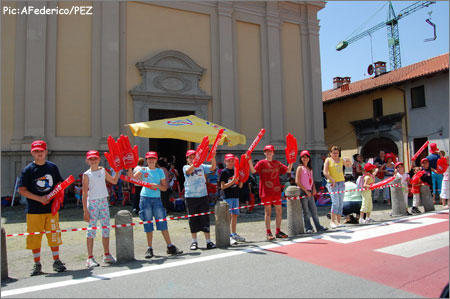 Every village has got its own church, its own city hall, and school. Only a few kilometers separate each village! Today there’s the Giro and everybody is down in the street. 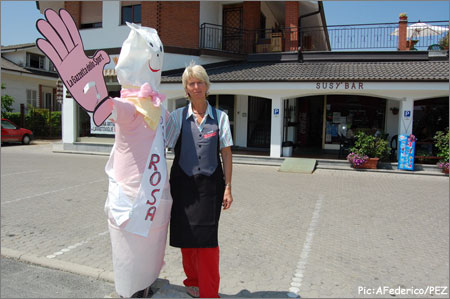 The road is straight and desolate. It feels strange to drive on a lonely road without any cars and with the people looking just to you and smiling and greeting. You’ve just to answer to receive screams from them. Every house has exposed something for get the road colourful. Better is “rosa”! The Susy’s bar (where I’ve got my coffee) did it well. 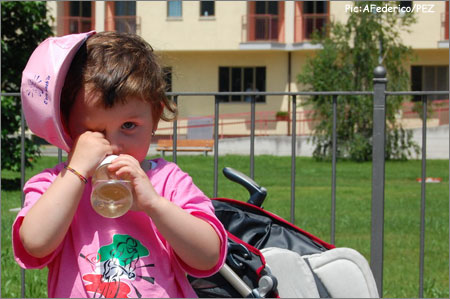 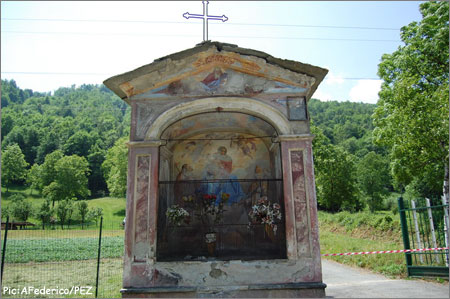 After 50 km the plains become a valley and the weather changes. There’s a strong fresh wind blowing from the head of it. Also the road changes and I start to meet the typical chapels of this side of the Alps. 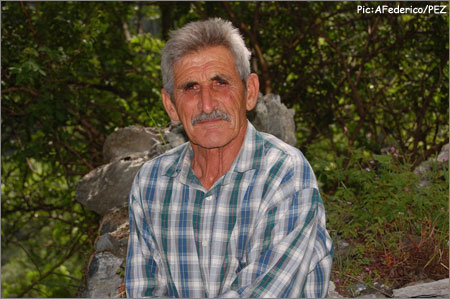 It’s not just the environment that changes. Also the people have something different. You feel that these places are isolated from the rest of the world for many days during the year. The people are pleasant and rough at the same time. 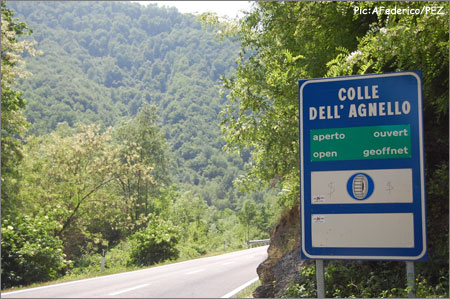 The way to the top is still long because from the beginning of the valley to the top there are more than 50 kilometers but we are pleased to know that the Col is open. That’s not obvious because it’s 2744 meters at the top, and there is more than one reason to worry. The Giro itself had to stop before the top in the 1995 for an avalanche that involved some official cars preceding the race as I’m doing now! 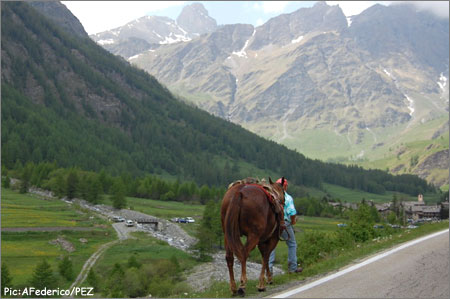 But today the weather is fair and when the valley opens it’s wonderful to see the works of God. 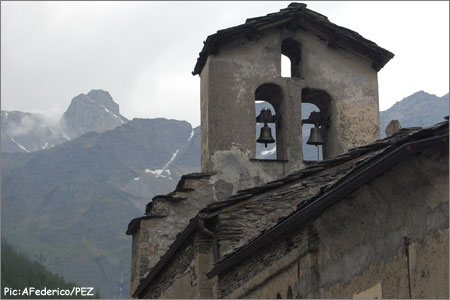 I’m in Chianale, 40km of climbing done, but the 10 worst in front. So, better to distract from the road with a small visit to the village. It’s the typical Italian alpine village but this one has got a small church… 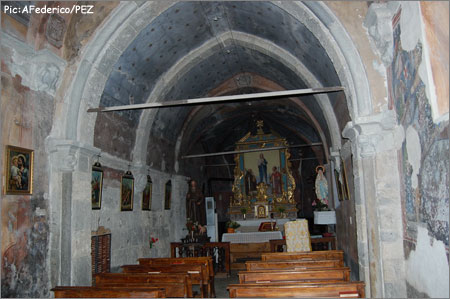 …that can be a reason why to come here. 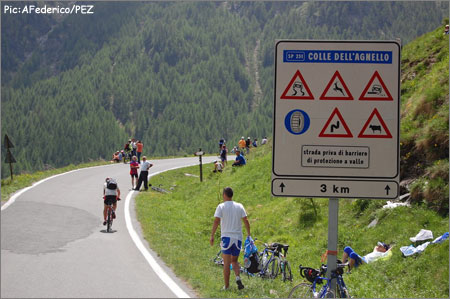 After the village the road becomes very narrow but you’re aware of it just looking at the gigantic notice on the road. 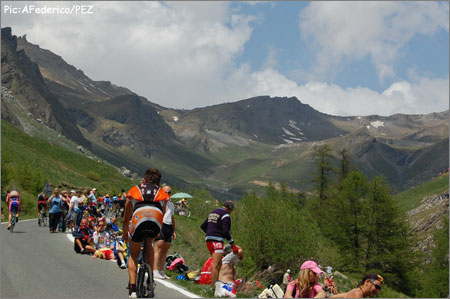 There’s so many people in these last kilometers that sometimes it’s very difficult to drive. You have to avoid to stop your car because the slope is steep and there’s a very real risk to burn the clutch. 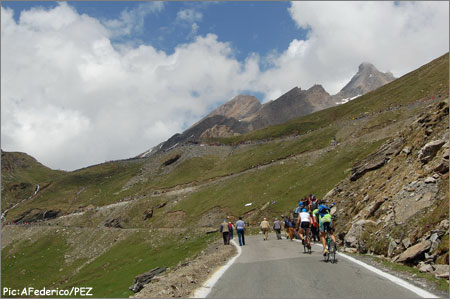 It’s a wonderful day for a mountain stage and all the people are ready waiting for the riders. 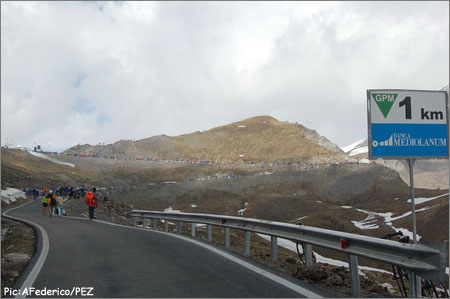 At one kilometre to the Cima Coppi still there are a lot of people and I wonder how they reached the top because the road is closed since three days and the official cars are few. The answer is very easy: they’ve climbed it with their bike or they’ve walked for more than two hours! 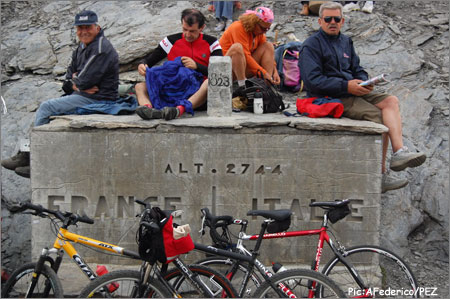 On the top the air is very cold and it’s cloudy. It’s very difficult here to find the sun because, in few words you’re inside the clouds! Here’s located the boarder and before the EU this was a good way for the smugglers to cross the border. 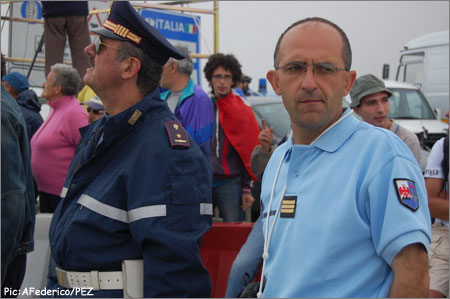 But today Italy and France are together, friends, sisters… it’ll be but look at the Polizia and the Gendarmerie on the top. You’ll have a better idea of the real EU.