We’re lined up in the street, just around from the start house, it’s the “chrono conclusivo” of the 2008 Giro. Contador should hold on, but if he has a bad day and Bruz is super, then who knows?

Bradley is reigning world pursuit, team pursuit and madison champion; one of the fastest men on earth who can do double lap spells in a 60 kph team pursuit. He’s ridden 15 hours through the mountains in the autobus over the last ten days, hardly the kind of preparation he’s used to before a big test, but it’s the same for everyone and he’s a “chrono man” – so there’s honour at stake. 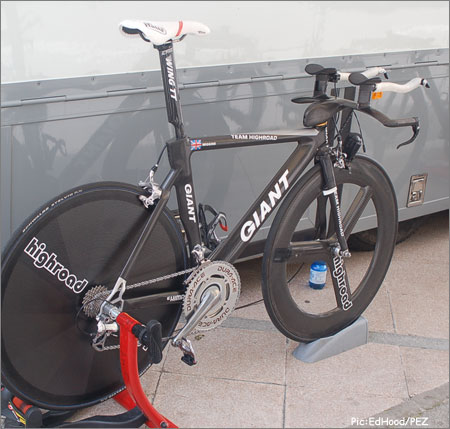 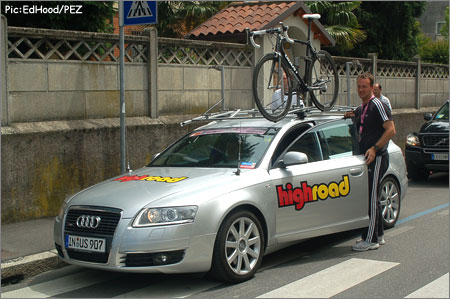 The plan is to keep on the bumper of Brad’s following car, which is parked in the side street just off the start area. But it’s chaos, Gerolsteiner don’t have a start sheet and don’t know when their guy is off; Euskaltel are going crazy to pass us because they are late. Eventually we’re away, but several minutes behind Brad. 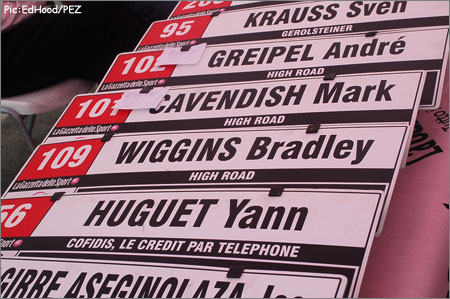 Dave has the Matiz at max warp; “ah cannae give her any more, Ed – she’ll blow!” 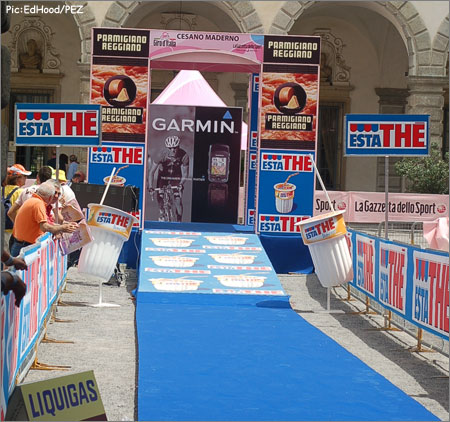 We hurtle past Sven Krauss, Andrй Greipel and Mark Cavendish – even Graham Watson couldn’t get those shots. 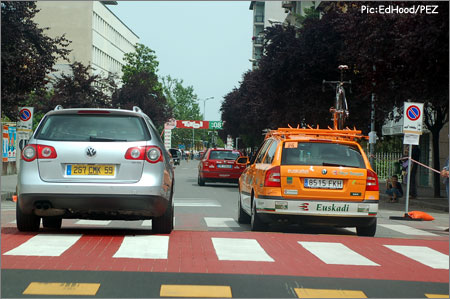 There’s Brad, he’s catching guys already and it’s a NASCAR race ahead with the team cars, VIP cars and a commissar all jockeying for position. Dave tries to go on the blind side, but the commissar has met guys like us before and blocks us. 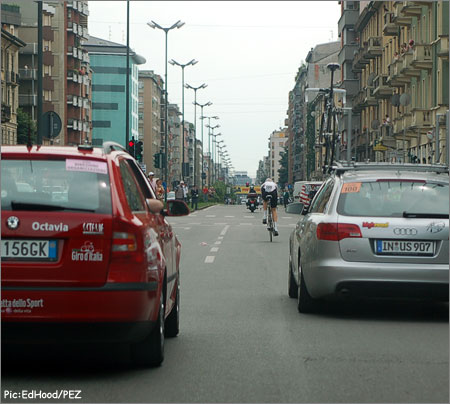 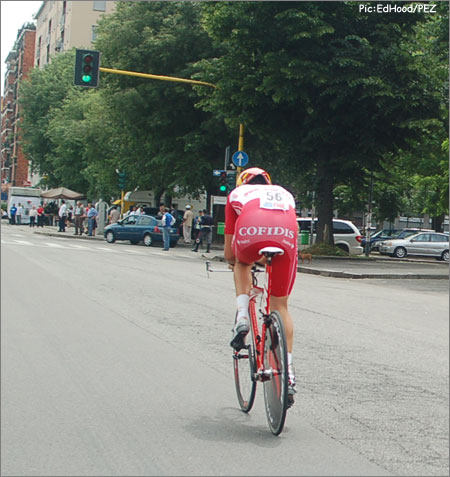 Brad is past Cofidis’s Yann Huguet for one minute and Euskaltel’s Josu Agirre for two minutes.

It’s more technical now and the Frenchman and Spaniard latch on to the tall Briton. But not for long, as soon as it’s straight and wide, the Olympic pursuit champion simply burns them off.

It takes an age to clear the other cars, but eventually we’re on open streets, past grubby factories and offices – the last Grand Tour time trial I followed a rider in, was the last year’s Tour de France, through the glorious vineyards of Cognac. 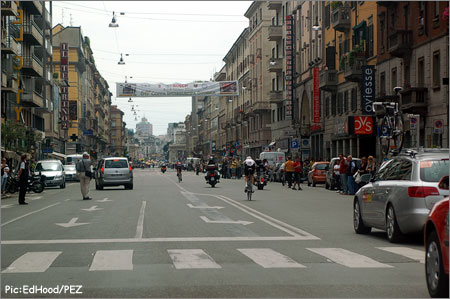 There’s the 10 K banner and Brad is sitting at 60 kph, steady. A Lotto car appears – Nick Gates, the Aussie; the commissar, Brad and Gates’ team cars all spar for position, we just can’t get up.

Gates is finally dispatched in the streets of central Milan and Dave has to saw at the Matiz’s wheel as Brad corners like an Indy Car. 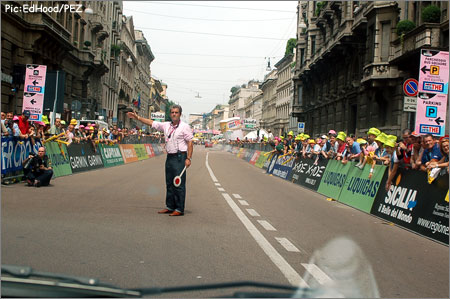 Brad has posted 32-58 for 28 K and remarkably, he’s not fastest; Tinkoff’s Mikhall Ignatiev, off number two is leading, three seconds faster than Brad.

We decide to track down Brad and get his thoughts on the ride. 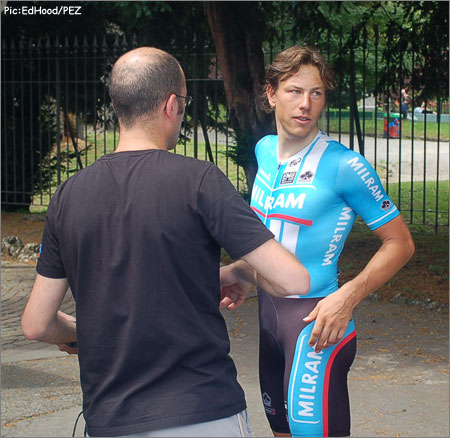 The first guy we see after the finish is Markus Eichler of Germany and Milram, he successfully defended his position of stone last – he’d have had to pull back 24 minutes on second last Mikhall Ignatiev to lose his position! 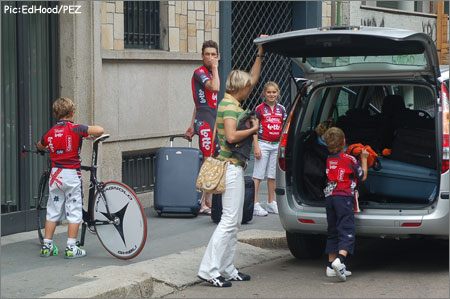 As we wander the back streets of Central Milan, it’s not hard to see that it’s end of term. Piles of suitcases lie outside team trucks, and riders can be seen diving into their family car, instead of the team bus. 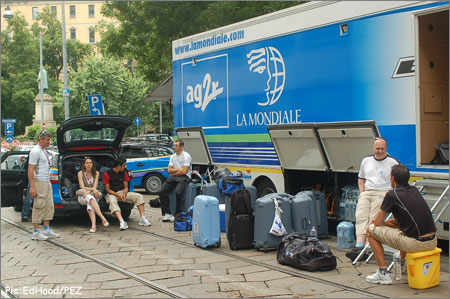 The High Road bus must be under a camouflage net, we can’t find it; but there’s Liquigas and there’s Charly – let’s go and get a quote. But there’s his girl; we’ll leave the man in peace for now… 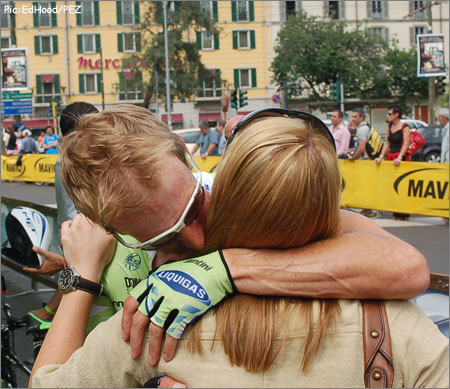 We walk the course, past ivy covered apartments and lovely old churches down side streets. I snap away as riders hurtle past, some “full gas”, some “piano.” 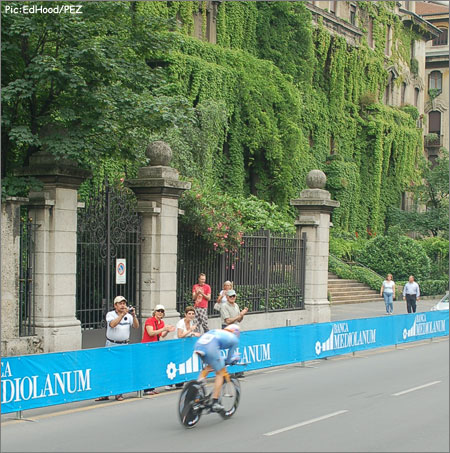 Before we know it, the “capo” are hurtling past us. But it’s a strange one, as the day has gone on, the times have become slower.

On the streets of Milano, where we’ve been, it’s hard to notice if there’s a wind, but what we did notice, about an hour before the end, the air went very heavy and clammy, maybe that slowed the big guns down. 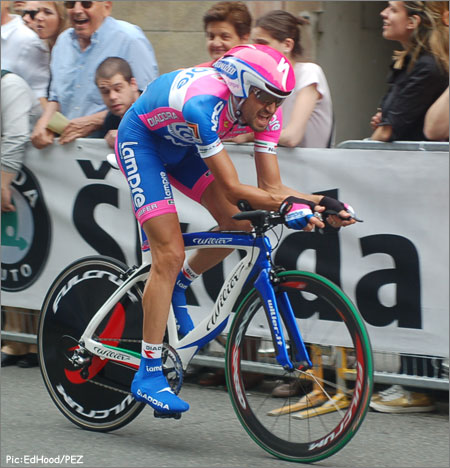 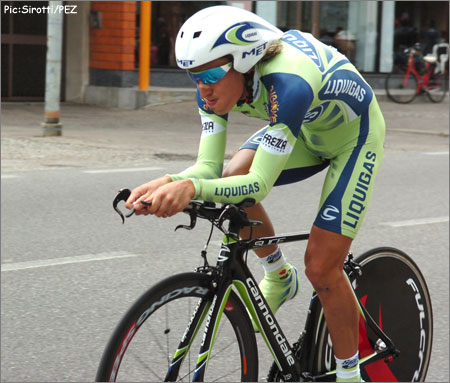 It’s all about the top four, Pello is fourth last to start, we don’t even consider him as a threat to Bruz’s third step on the podium. But on the sticky streets of Milan, Pello whistles round the last bend visibly faster then the man with the affinity to donkeys, when he arrives three minutes later. 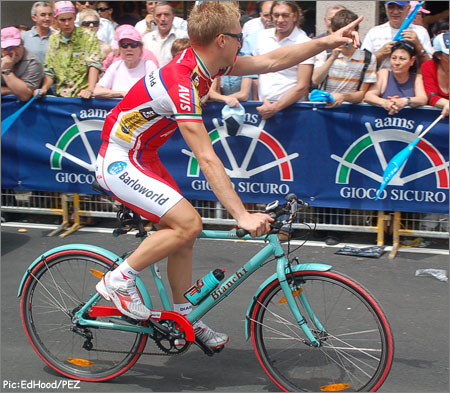 Some were deadly serious in the final TT…others were just trying to get done so they could get on their cruiser bike: like Enrico Gasparotto.

Bruz has his teeth bared and is fighting hard – a good job he did, he’s hung on to third on GC by two seconds from Pello who actually beat him in the chrono by one tick of the second hand. 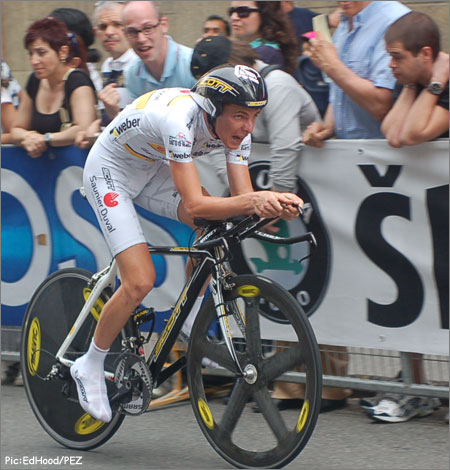 Ricco’s eyes show a man full of fear, he knows it’s not happening; but Bruz’s below par ride let’s him off the hook and second is safe despite his dropping a minute plus on Bruz and finishing 68th on the stage. If Riccardo is to win the Giro, he’ll have to improve against the watch. 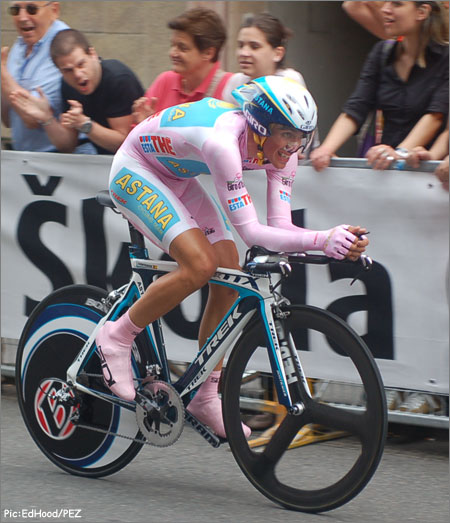 Alberto is only 11th on the stage, 39 seconds down on the surprise winner – High Road’s Italian TT champ Marco Pinotti. Brad is fourth at 13 seconds and they cram Tony Martin in to second at seven seconds, to make it three in the top four. 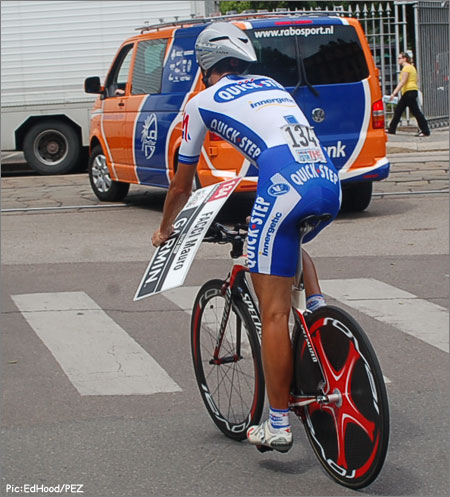 That’s their fourth stage win of the race – a wonderful performance for the US squad. 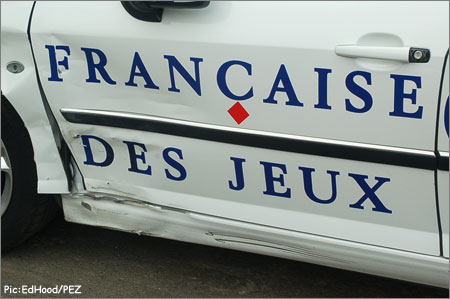 Riders weren’t the only ones that left the Giro with a few bumps and bruises.