It’s my first time to the south of Italia and the Giro grande partenza – and I’ve landed in Palermo in one piece, but without my luggage or bike… But the sun is shining, this place is beautiful, and as I search for the perfect negroni, I hope to learn a lot more about this unique part of the world – let’s get started!

What struck me most as I got into the cab on Monday morning and waved to my daughter as she stood on the couch and waived back from our living room window, was how mixed my were my feelings at leaving home for this next great adventure. Alessa is now 2 and a half, and since my Giro trip last year she’s transformed into a shining little person with questions, opinions and a real personality. 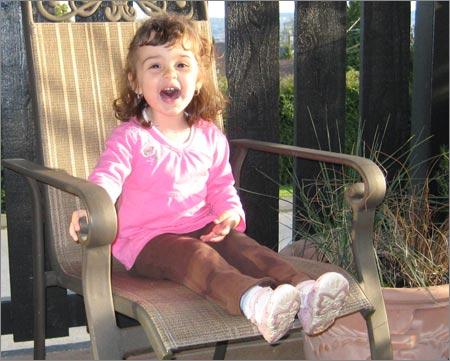 She misses her mommy and daddy, even when we leave for just a few hours during the day, and this trip will be my longest separation where she’ll be wondering “where’s daddy..?” Last year was no big deal as she was still too young to really get that I was gone for 2 whole weeks, and it’s only been since then that a true bond has grown between us… I now know exactly what he phrase “daddy’s little girl” really means. 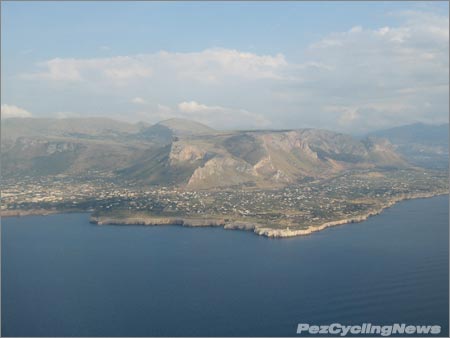 On the other hand – I’m setting off to explore a new part of the world, chase my favorite Grand Tour, and live the life I so long dreamed about in the days B.P. (before Pez). It’s my first trip to Sicily (a rather tricky word to spell out on the keyboard…), and my excitement to see it has been on a constant burn since the Giro route was announced in December. Mrs. Pez’s own bloodlines hail from Calabria, where stages 4 & 5 will run, I’ve spent hours planning my daily itinerary, which rides I can do and still make it to the press room in time for the finish, the logistics of chasing the first 7 stages of the race with minimal time spent trapped in the car, sourcing hotels with reliable internet that don’t cost a bundle, choosing overnight towns, pouring over the maps plotting the fastest route for each leg of the journey. 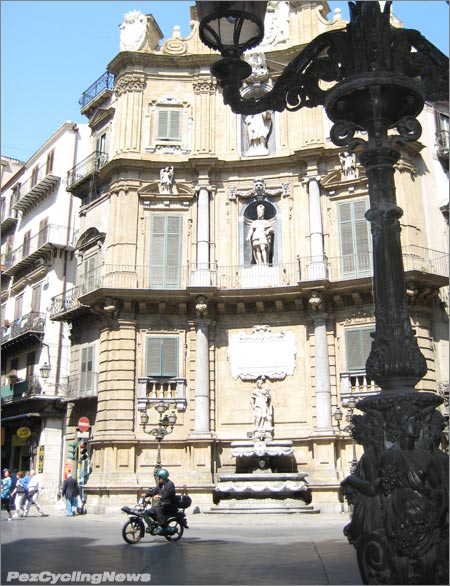 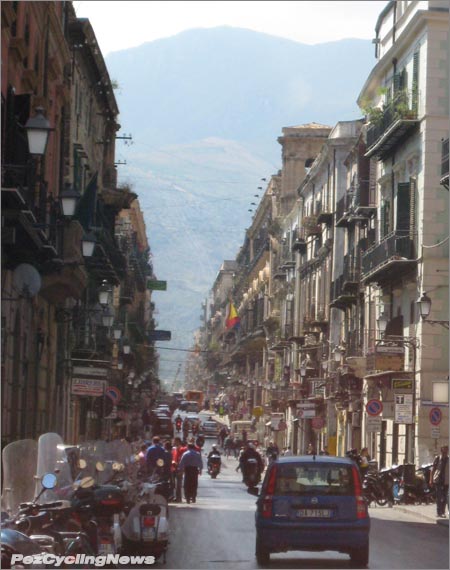 —-
Part Due
Since I wrote part uno on the airplane down here, the adventure has taken some unexpected twists… “factor X” reared its ugly head as Air Canada lost my luggage – both suitcase and bike – and it’s now Wednesday afternoon and neither has shown up, although I’m told they found one of the items somewhere… but don’t know which one just yet.

So I spent this morning buying up some essentials – an Italian mobile phone to avoid the unreal charges of using my mobile from back home, a card reader so at least I could get you the pics you’re seeing here, and some fresh ‘mutandis’ (underwear). 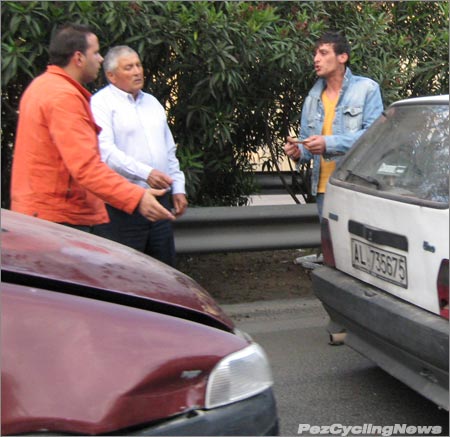 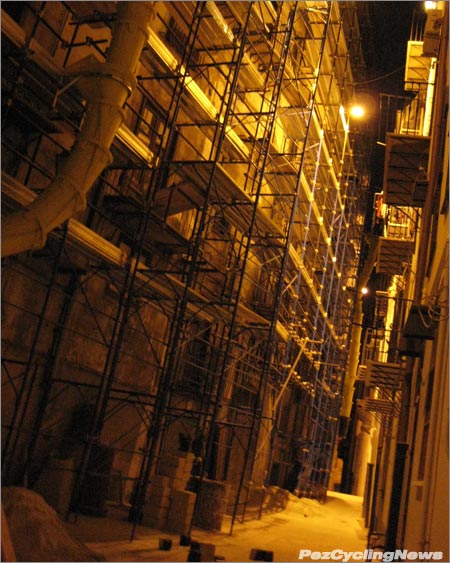 Did you hear the one about the Italian team’s attempt to conquer Everest? They were doing great, but had to stop at 20,000 feet when they ran out of scaffolding.

I arrived at my digs not long after, the B&B San Gabriele, to discover the sea view from my room had been replaced by scaffolding. It seems whoever controls the scaffold rentals here is doing very well, as at least half the old city is covered in the stuff… I imagine the restored city is gonna look darn nice when it’s done… 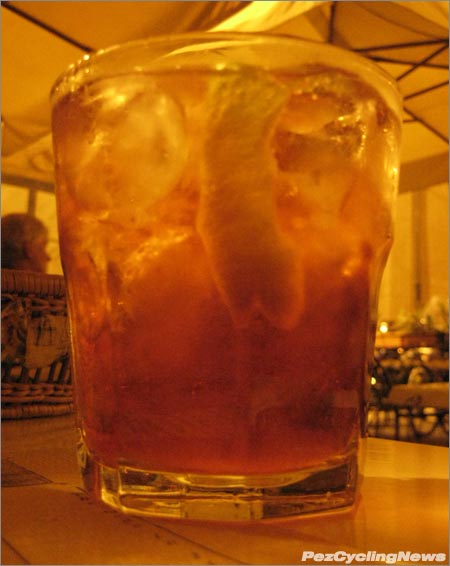 Not the perfect negroni. 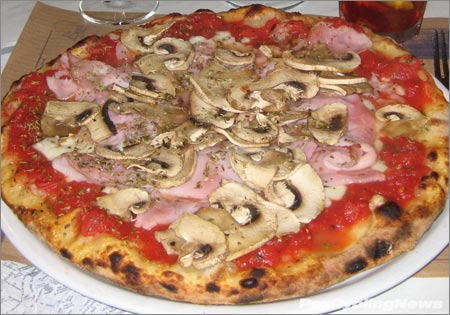 But the pizza was spot on.

I saw the first signs of the Giro arrive today and will later pickup the creds. The sun is shining, it’s in the warm but not too hot, and perfect for a bike race. Next steps are trying to get my luggage – and hopefully riding tomorrow.

In the meantime, I’ll devote some more time tonite to finding that perfect negroni…