Buongiorno Italia. It’s 5:30am when I leave my home bounding south to meet the Giro. I see a few guys are talking outside of the bar waiting for the fresh cakes of the morning. They’re going home after a long night and I’m just starting an intensive day. Another Giro, in another day in Italy. 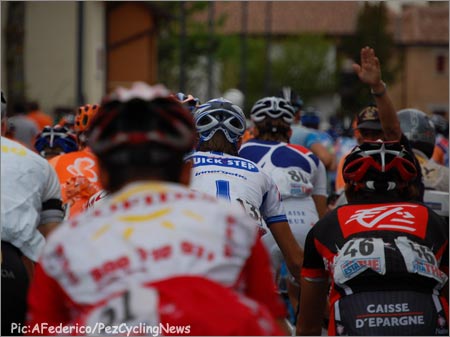 It’s an Italy with a brand new government but with the same people commanding. An Italy with the fear of the weak dollar and the strength of oil. I’m leaving also these thoughts while my car is crossing the Apennines to meet my pink hidden corner. It’s a nice morning in Rivisondoli and with Richard we decide to have a walk through the “Carovana”. 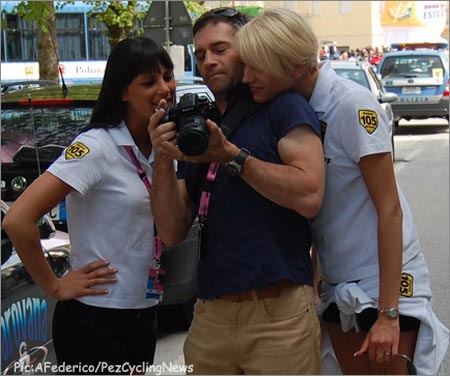 He’s got some new friends to say good-bye to before passing to me the responsibilities for the next week. This is the fourth year we meet during the Giro, and every time we meet just for few hours but today I feel to meet an old friend. 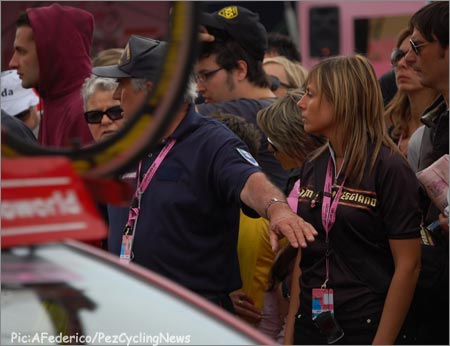 The riders start to come one by one and the speaker has the opportunity to present them to the spectators. Usually they arrive all together at the end of the limit time. Looks like they have a hurry to arrive in time to Rome.

The Giro leaves today the south Italy and for part of the next week the stages will take place in the “centro” part of the country. Part of today’s route touches the Ciociaria region revealed to the world in an old Sophia Loren movie. As many Italian regions there’s not a border commonly recognized. Someone says that you’re in Ciociaria when the people offer to you a mozzarella cheese for breakfast instead of the common cakes.

The stage rolls out and we soon follow. After two wrong shortcuts part ways, Richard heads to the north and I to the south: ”Are you sure is the right way?” sounds like that his goodbye. “Don’t worry, I know this place as my trousers!” is my reply. I’ve just driven once or twice here and I cannot be confident of my decision as I show, but my interpretation of this week of Giro chasing is the total freedom from any planned calculation. I would be liar saying that I didn’t plan anything. It’s months I’m doing! But the freedom I’m looking for allows me to change direction on the basis of… nothing! 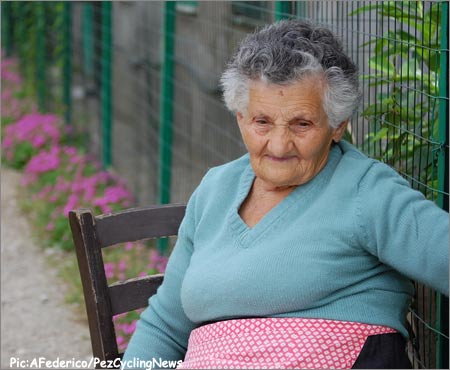 I arrive in Frosinone half an hour before the race. All the people are out despite the lunch time. An old woman catches my attention. She sits on an old wooden chair by the side of the road, barely protected by the shadow of an old oak. She’s 84 years and she’s very proud of her pink flower. “The same colour of the maglia rosa” she says. “Have a nice Giro”, I reply.

There are also many children on the road but they’re quarrelling about tomorrow’s event. Tomorrow for many Italians it will be the most important Sunday of the year. Roma and Inter (one of the two Milan soccer team) will play to be Italian Champion. Here everybody is for the Roma but looks like these young guys have different ideas about the players to choose for win the tomorrow match. 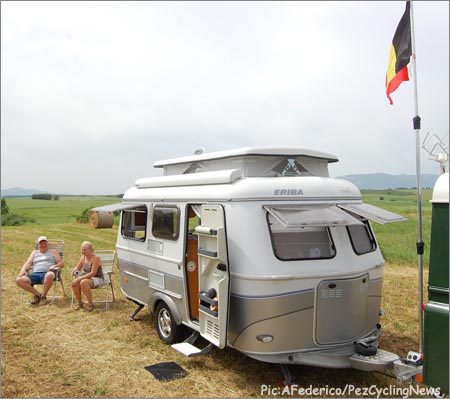 There are not just Italians. I meet also a couple coming from the Belgium. They are Flemish therefore I don’t understand a word. We force each other to speak the few words of French we know. They’re chasing the Giro since two stage and they will finish it. Maybe I’ll meet them again in the next days. I’m curious to look inside their van which appears very well organized but for the first day this could be too much (after the French talking). 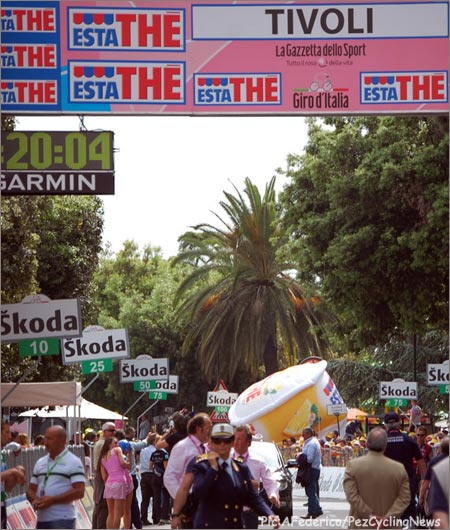 Five are ahead and the bunch led by Quick Step; eighty kilometres more to cover and no chance for the break to arrive. Another shortcut and I arrive in Tivoli. The usual traffic before the arrival area. The usual panic when the policeman says I cannot proceed. The colleague straps him and I’m free to arrive in the arrival area. The press isn’t far from the finish line and this is a good news.

Without say nothing I try to get access to the photographer area. I should not but some of them already know me and they should not be against it. I hope also they’ll be distracted by the beautiful misses and their problems. I cannot see the photographer Sirotti senior. He’s a sort of policeman of the photographer line. Today I should be “safe”. A good chance to show my attitude! 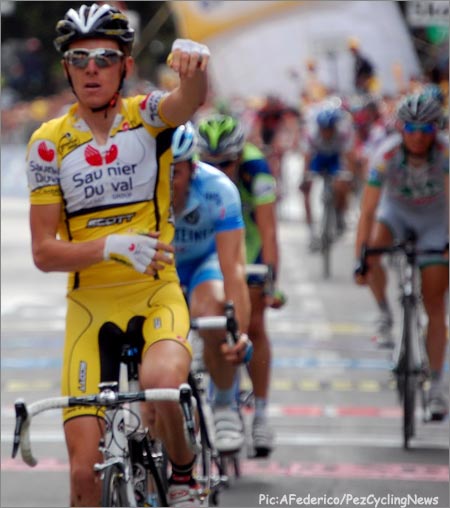 When Riccт passes, the crowd is crying behind the barriers. For minutes the arrival area looks like a hell full of exhausted riders (it was a very humid day, and they rode very fast), masseurs, photographers, TV and press journalists. The crowd behind continues to cry the names of the favourites. Some of the riders look to a point they only see. They’re lost in their fatigue. 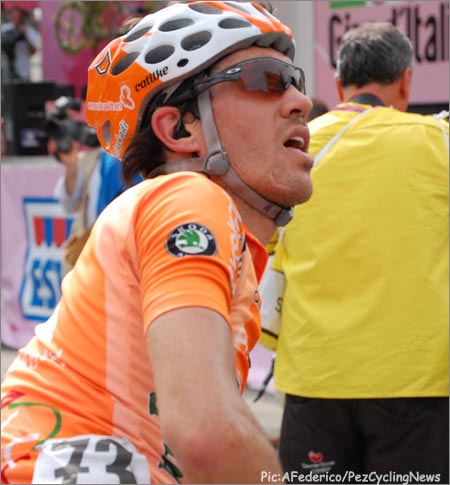 I’m tired too. I will drive back home to prepare the next stages. My “moment” has started just today, but I already feel that I’ll find it so short!