GIRO’08 Corsa: Inside the Presentazione

What’s better than a nice Saturday afternoon in Milan just before Christmas? The city is preparing for the Holiday Season, but we’ll shop later as the Giro d’Italia presentation is the hotest event in Milan today, so it’s off to get the first rows before the big crowd takes them! 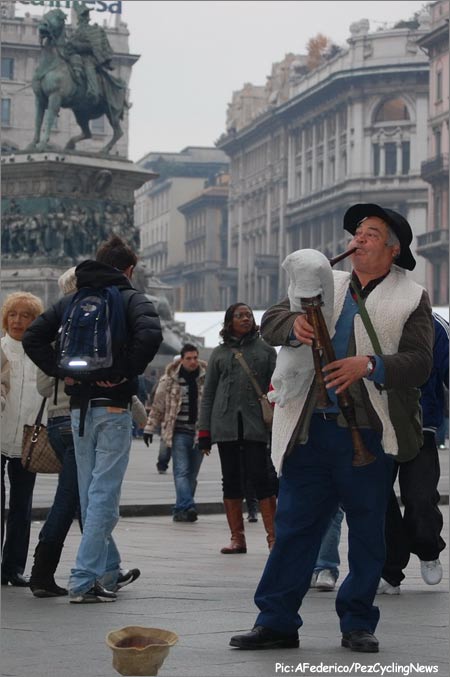 Once again the “Presentazione” takes place at the Arcimboldi Theatre in the north-end of Milano, quite a lonely and grey place compared to the Piazza Duomo, but in front of the theatre we already find many cycling celebrities and tifosi. 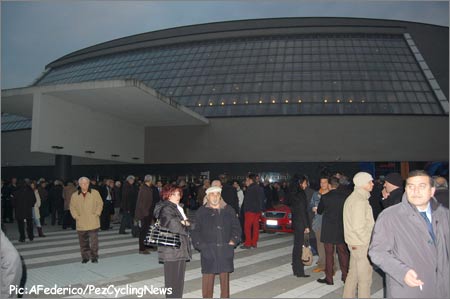 It looks like everybody is looking for somebody else… who? Don’t know; today the “star” is the Giro route and it will be discovered just when everybody will be seated at his own place!

The people involved in the Presentazione are a very different kind. There are the ex-riders. Names like Gimondi, Magni, Saronni, Bugno, Fondriest. Sometimes it’s difficult to recognize them just after few years (is it him or not?). 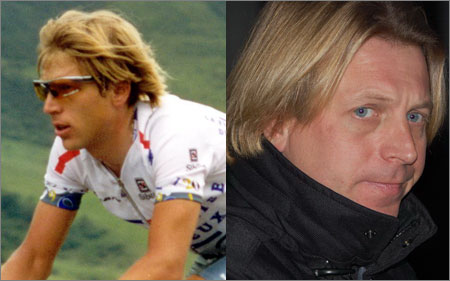 They are very relaxed and they can comment on the route difficulties with enough separation because they’ll have not to ride it. It’s a good chance for them to show to everybody how fast time goes by. 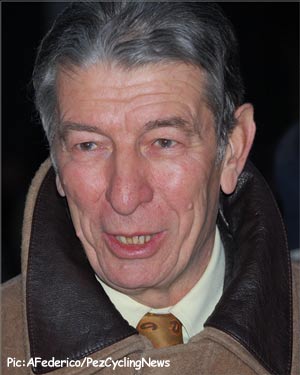 The photographers are always very busy with the “old stars” and one of the most wanted is Gimondi, the main Merckxs contender.

There are the journalists then. They usually watch the Presentazione from a large screen in the press room and they finally move to the stage just for the final interviews; just like at the races. 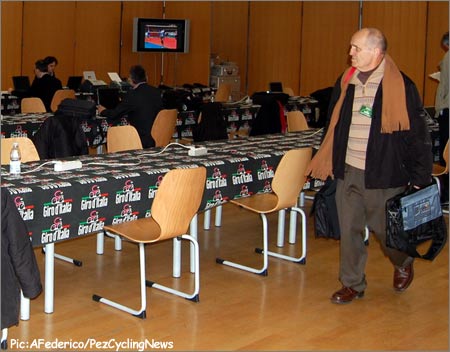 There are the local organizers. These people work all the year to present to the RCS a candidacy in order to guest a stage departure or arrival. Sometimes they present a possible stage route too. Their work is mostly to find local funds to realize their idea. Most of the time they are not able to submit their work to the RCS because they don’t find the funds, but sometimes the do it. This happens in August / September, than the RCS will decide to accept the candidacy or not. Who comes here, in Milan, for the Presentazione has realized his target. They are the real heart of the Giro presentation. It’s their (hidden) moment of glory. The delegation from Contursi Terme (stage 5) asked to us for a photo because they forgot their camera at home. Let’s get them the honour of a PEZ edi! 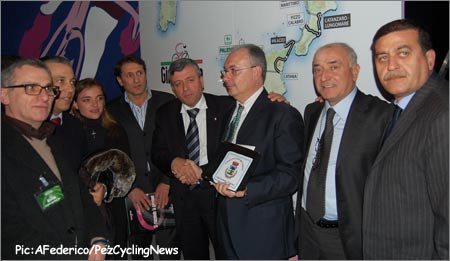 There are the fans. Not many, but some are able to find somewhere an invitation letter – maybe directly from RCS, or someone else is relative of a relative of…, someone else waits outside of the theatre till everybody is in and hope that some seats are still available. But for the most what is important is just to meet their favourite riders. 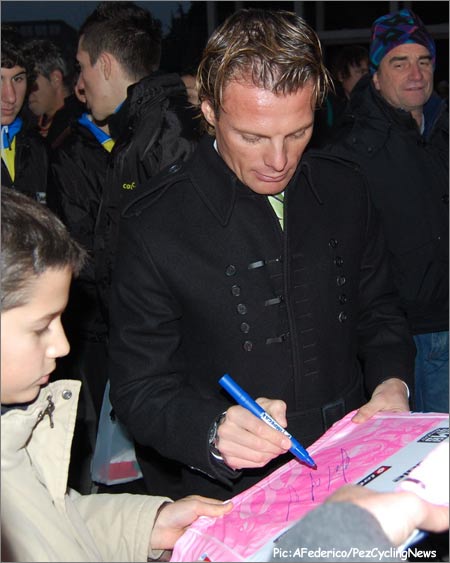 Then there are the protagonists of the next Giro. The riders. They are, of course, the most wanted and they are always able to arrive late (but not too).
This is the best moment of the entire event. Who will be the most elegant? Cipollini is always the best dressed but he’s an ex. Not bad are Savoldelli and Piepoli. 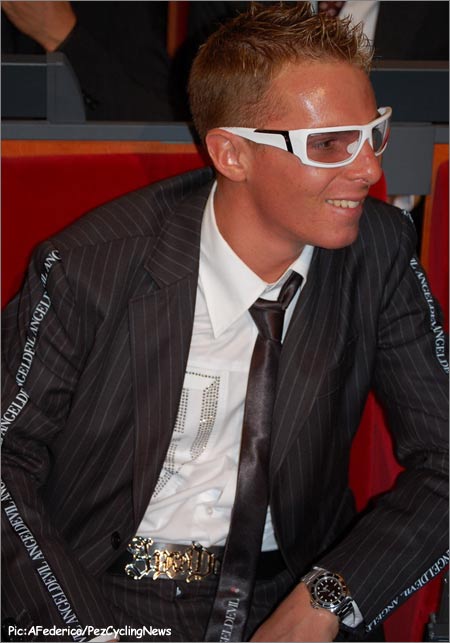 Riccardo Riccт showed an extreme style but the delusion of the day is Simoni with the same dress of the last year presentation. Everybody noted him (don’t forget we are in Italy!).

The Presentazione is transmitted live by the National TV therefore everything must follow the hold timing of a TV program, commercials included. But what you feel when you’re there is to be part of a very cool event for cycling. 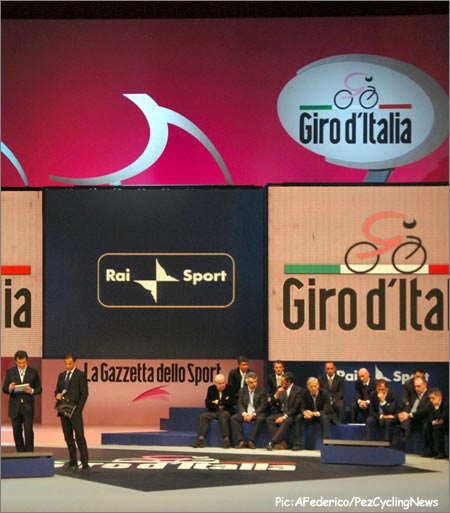 While Mr. Zomegnan illustrates the route stage by stage you understand that the new Giro is already alive and you feel this also looking the eyes of the riders. Who smiles, who does not, who’s looking for something inside the papers.

The time flies and once the live transmission finishes, the riders show a lot of hurry to drive back home. While I leave the theatre everybody in pressroom wishes for the incoming Christmas.

See you next season guys!

• Keep it dialed to PEZ for our Rider Comments, and our Key Stage analysis!

• Get full stage details at Girod’Italia.it