Today’s return to racing should be a gentle one for the riders as they head through Lombardia to this year’s only foreign finish in Locarno, Switzerland after passing by the Lagos Como, Lugano, and Maggiore. Sprint or Break, Break or Sprint?

The answer of course was sprint. The sprinters, who have had so few chances at sprints anyway, were surely not going to throw the final guaranteed chance at a sprint in this year’s Giro away. Nay, it was meant to be, and because it was meant to be, three convicts escaped early, but their fates were sealed before they even woke up this morning and made their valiant effort. 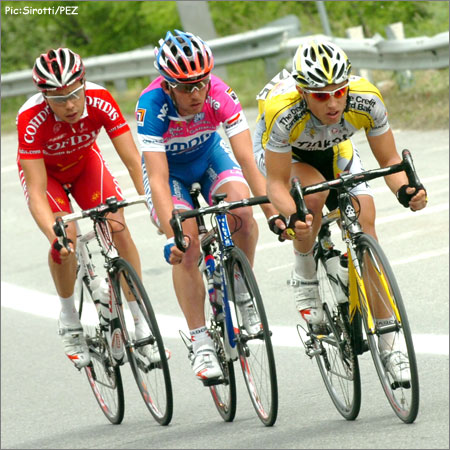 Mikhail Ignatiev (Tinkoff), Francesco Gavazzi (Lampre), and Yann Huguet (Cofidis) escaped almost immediately to celebrate the shortest stage of this year’s Giro (146k). The trio had over 2 minutes before the field had gone even 7 miles. 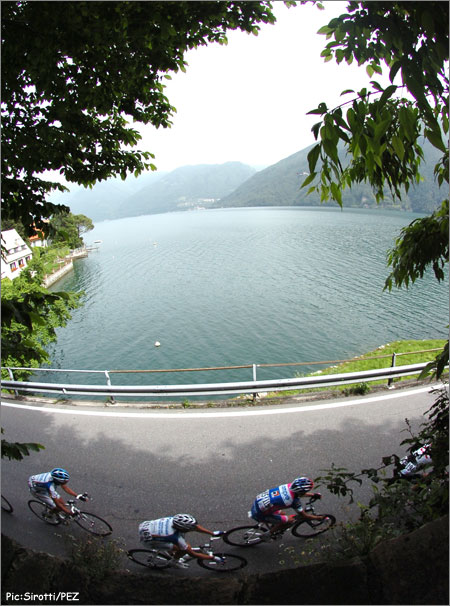 It is rarely a good sign for breaks when they get away with such ease and so quickly – a sure sign that there’s a storm a’brewin in the bellies of the sprinter teams as they wait for the marinade to come good. When it does they will thank the stage for its easy beginnings and unleash the fury of a thousand suns on the break as well as the unfortunate riders in the field just trying to get through the day. 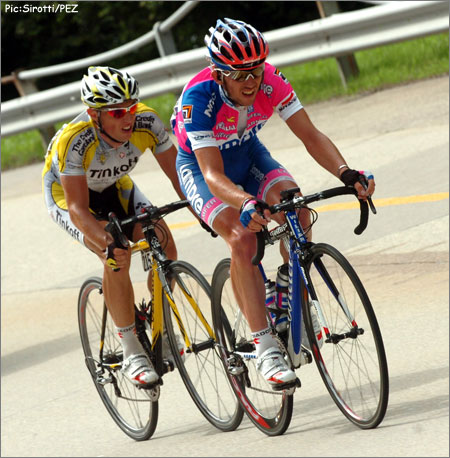 Huguet was dropped on a late climb, leaving only two. It wasn’t long after when Ignatiev decided to go it alone.

And so it was today. 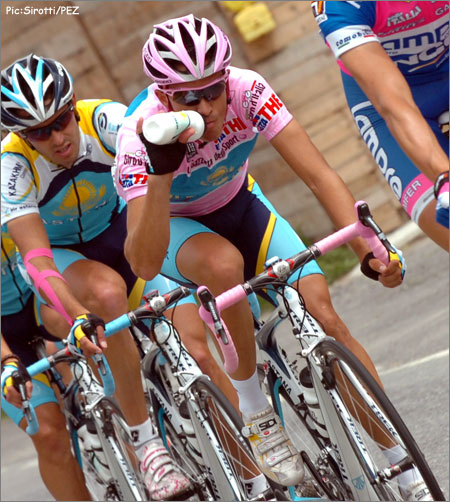 Bert had an easy day in the field, as did all of the GC contenders.

Liquigas, High Road, and the Diquigiovanni boys all did their jobs to perfection, reeling in the break with the precision of an experienced grocery store check-out clerk, and even when Mikhail Ignatiev pulled off one of his trademark last ditch attacks out of the ailing break, there was no hope. 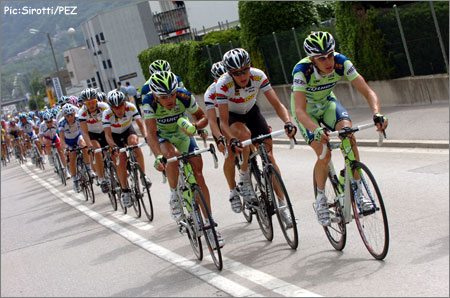 Liquigas and High Road made sure we got a sprint today.

There was little question though – it was all High Road, all the time. Liquigas tried to take control to no avail, Milram tried to get a piece – nope. High Road had the leadout dialed to perfection and the speeds ran upwards of 124 mph. There was no stopping High Road, and as they came into the final few turns they had riders to spare. 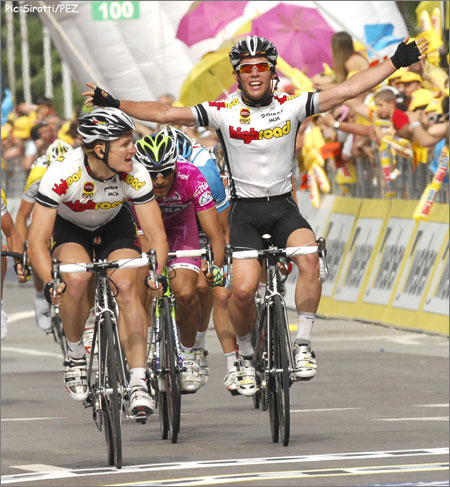 Cavendish began the celebrations well before the line.

Andre Greipel was Cav’s final leadout guy, but after taking it through the final turn, all he had to do was keep pedaling to take the win. Cavendish looked back to make sure that Bennati wasn’t coming around and it was Greipel all the way to the line with Cavendish celebrating behind. 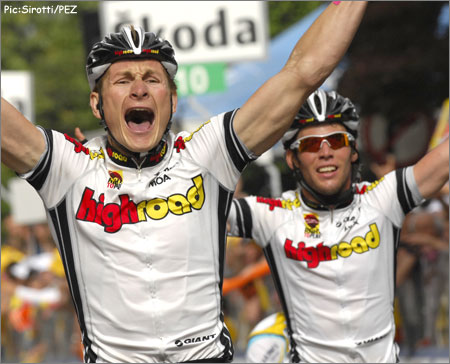 Tomorrow’s Stage 18 is the second shortest stage of the Giro and a whopping 1k longer than today. The course will roll from Mendrisio to Varese, starting on the Worlds’ course for 2009 and finishing on the Worlds’ course for this September in Varese. Paolo Bettini’s eyes are alight at the thought of getting an early win on a course he certainly hopes to make it three World Championships in a row on. 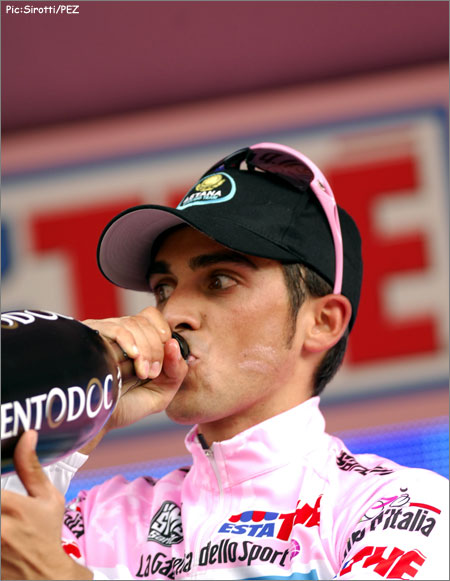 Alberto Contador is still in control…only four days to go.