The 2009 Giro d’Italia corsa was officially unveiled today in Venice, and although rumoured details had been leaked for weeks, that took nothing away from next year’s most anticipated Grand Tour. We’re sifting through the stage data for indepth coverage next week, but let’s begin with a quick look at today’s proceedings…

Piazza San Marco in Winter. Not many people….Still a few Pigeons.

Ivano and Marco have everything on sale a Venice visiting bike fan could possibly want.

The view from the stage of Venice’s Fenice Theatre. 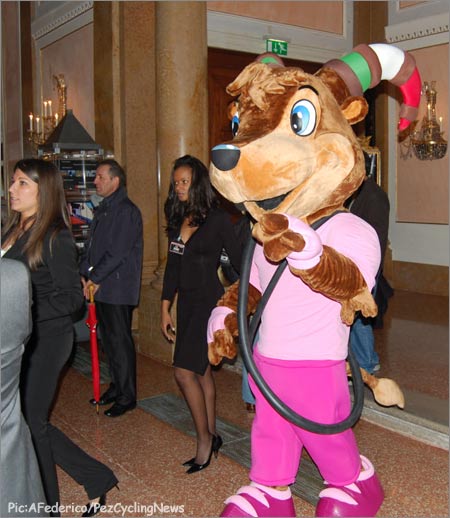 Basso. Had a few words for PEZ…. “I’m really pleased with the way things went in the lead up to Japan.” When asked if the Giro would be his number one target for 2009, he wanted to wait and see exactly what the course would be. “After the presentation I will have a better idea if it will be a Giro for me. Come and ask me again when I have seen the route!”

Franco Ballerini. He’s won Paris-Roubaix, he’s directs the Italian World’s squad, and is well ahead of the pack in fashion – check out that longcoat…

Garzelli was playing it VERY cool all evening, hardly cracking a smile until this… when PEZ’s Ale Federico snuck up behind him.

Visconti, Bettini and Garzelli shoot the sh.. before the presentations. “The harder the better, I think Stefano.” 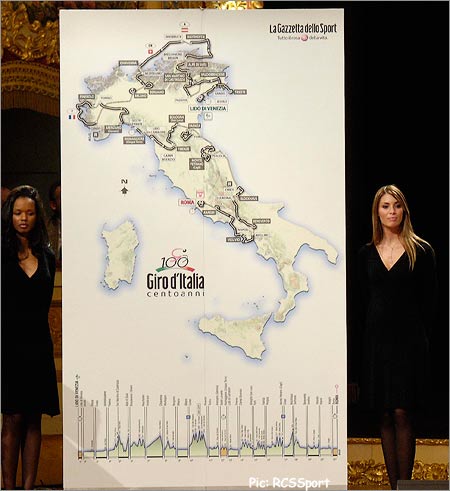