A flat stage with an explosive finale

Modena, 18 May 2016 – Good morning from Stage 11 of the Giro d’Italia, 227km from Modena to Asolo. The stage, mostly flat, has a hilly finale to suit the finisseurs. 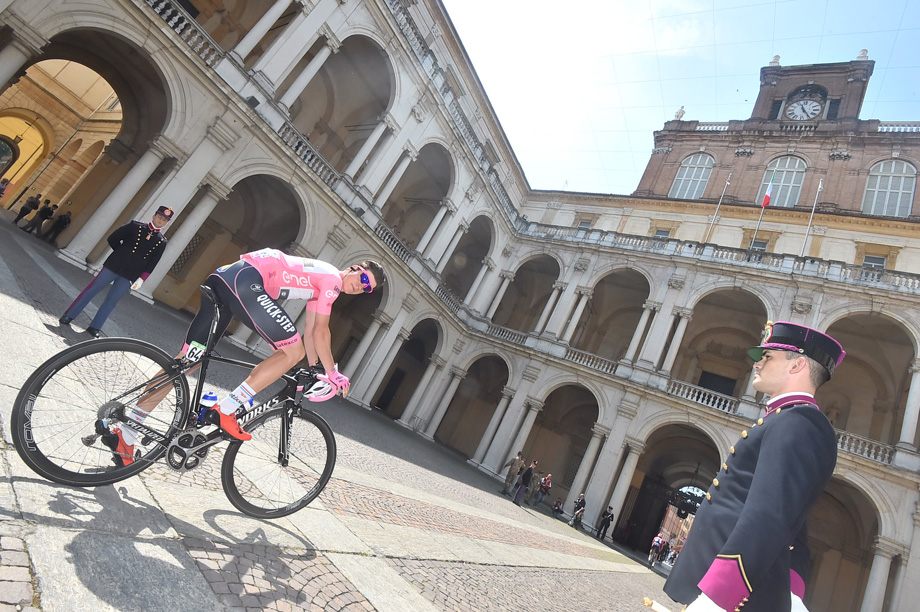 POINTS AND TIME BONUSES
During the stage, time bonuses of 13 seconds are up for grabs. A maximum possible 90 points are available for the points classification, not to mention 3 King of the Mountains points. 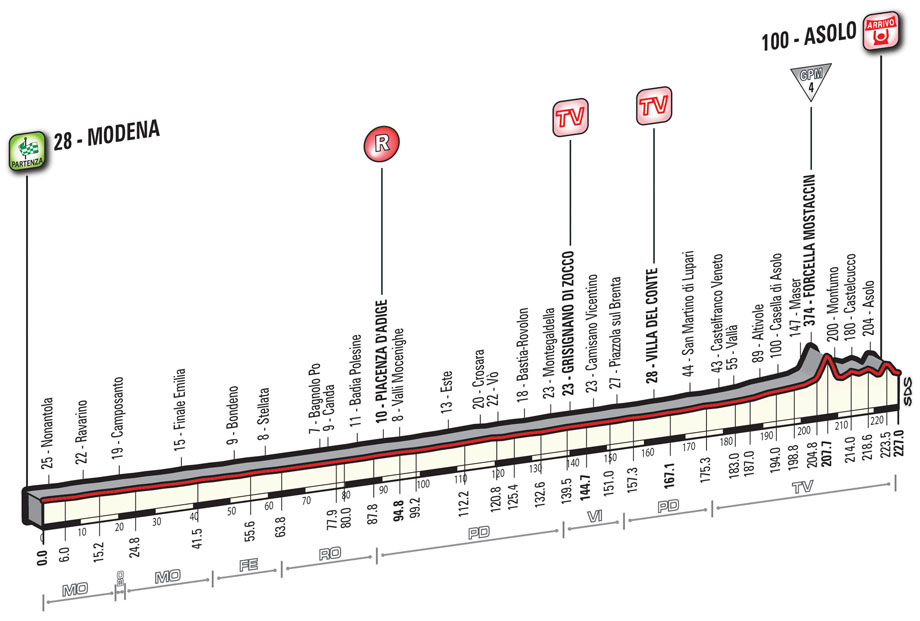 Route
The stage is clearly divided into two parts: the first one runs flat from Modena to just before Asolo (approx 200km), while the second one is wavier and more challenging, leading into the finish. The route runs across the entire Po Plain, partly on narrow roads, and partly on wide and mainly straight roads – but riders must beware of roundabouts, kerbs, speed bumps and traffic dividers through urban areas. Just past Maser, the road tackles a short yet very harsh climb up Forcella Mostaccin (with gradients topping out at 16%), followed by a technical descent (narrowing in places) leading to the Monfumo hills and to Castelcucco. Here, a series of undulations will lead to the final Asolo climb. 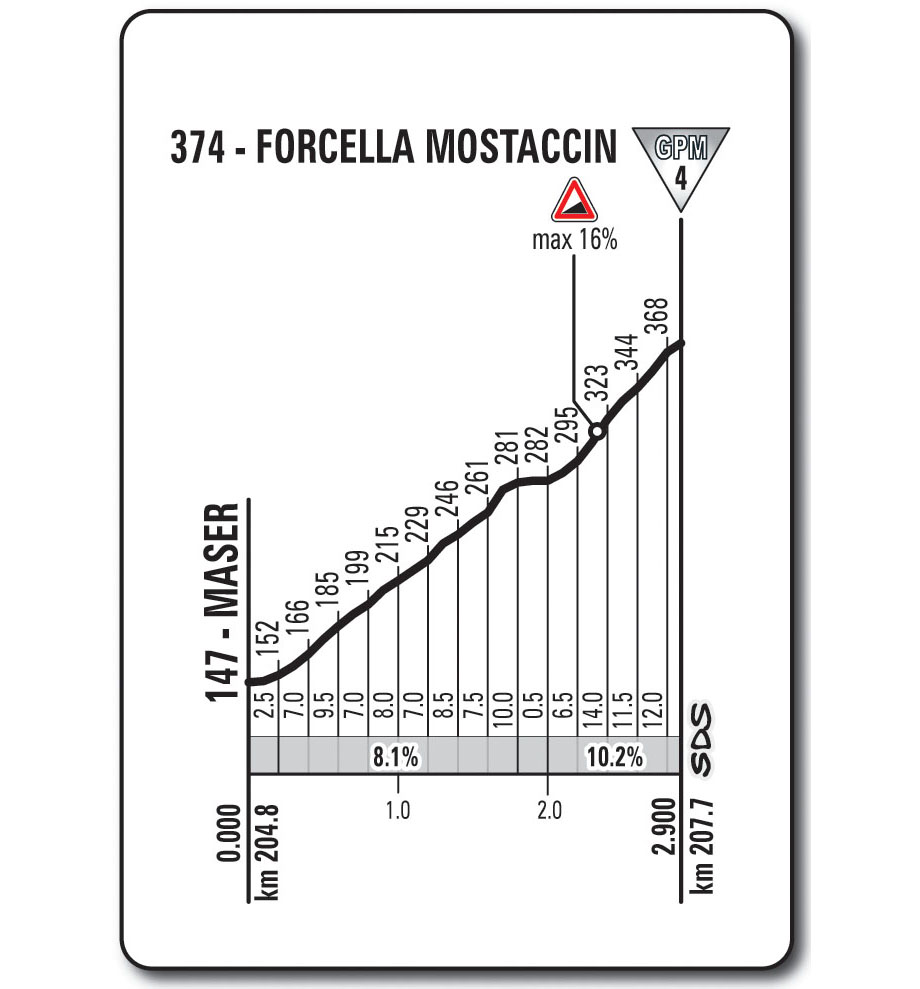 Final kms
Five kilometres before the finish, the road climbs up towards Asolo along a 1km ramp with gradients of approx 7% that leads into the old town centre through a mediaeval gateway and on a setts-paved stretch. A quick descent on wide roads follows, up to the final kilometre. The last bend is 900m from the finish line, followed by a long home straight, just bending slightly, on a perfectly level, 7.5-m wide asphalt road. 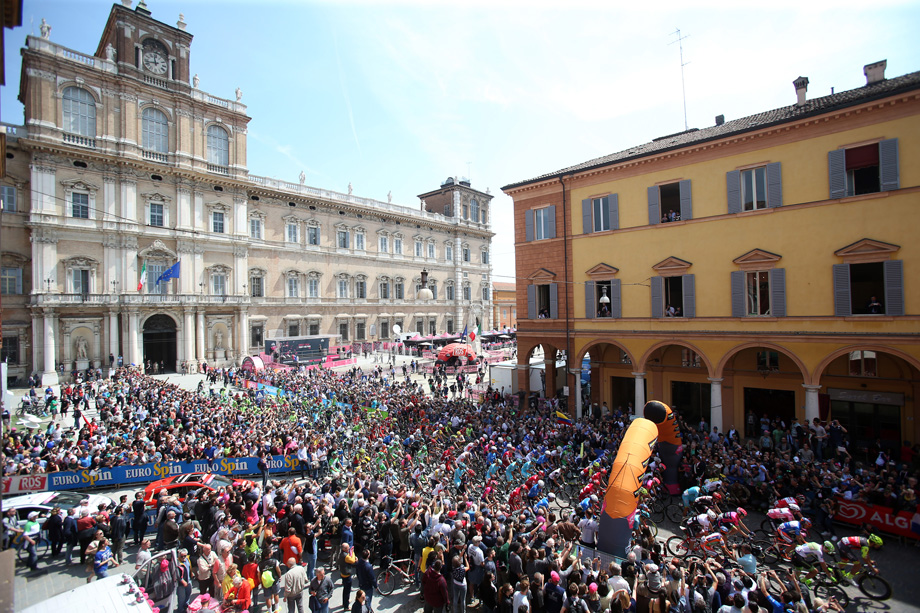 POINTS OF INTEREST
MODENA – km 0
Modena has a rich historical, architectural and cultural legacy. It was the capital of the Este Grand Duchy for over a century, and is the seat of an ancient University. Its cathedral is a masterpiece of Romanesque architecture, with its bell tower, known as “Ghirlandina”. Most of the historical buildings look onto the splendid Piazza Grande, a UNESCO World Heritage Site. The city has been the seat of the Military Academy and the Arma dei Carabinieri since the end of World War II.
The territory’s outstanding culinary delicacies include traditional cold cutsbalsamic vinegar and “nocino” liqueur. Pottery and tiles are important to the city’s industry, along with top-quality mechanical industry, represented by Maserati and Ferrari (in nearby Maranello).

NONANTOLA – km 6
First on the stage route is Nonantola. The town has a typical mediaeval appearance, with two major towers. The majestic Benedictine Abbey, established by Anselm the Abbot in 752; and from around 1000 AD, the “Partecipanza agraria di Nonantola”, a traditional institution that established collective ownership of the territory.

FINALE EMILIA – km 41
This area suffered extensive earthquake damage in May 2012. The epicentre was in Finale Emilia, where the 1213 Torre dei Modenesi crumbled and the Este castle (Castello delle Rocche) was seriously damaged.

BONDENO – km 56
The majestic Rocca Possente (“mighty fortress”), near the Po River in the district of Stellata, rebuilt in the 16th century, is a UNESCO World Heritage Site.

BADIA POLESINE – km 88
Badia Polesine is home to the ancient Abbey of Vangadizza, in a mainly agricultural landscape, rich in waterways.

PIACENZA D’ADIGE (feed zone) – km 95 and ESTE – km 112
Este, at the foot of the Euganean Hills, is dominated by its castle. Rebuilt by the Carraresi family in the mid-14th century, it is surrounded by a quadrangle of walls running up t from the city to the castle, with 12 defensive towers.

GRISIGNANO DI ZOCCO (intermediate sprint) – km 145
This area is home to a number of elegant buildings and stately mansions.

CASTELFRANCO VENETO – km 183
Major landmarks include the mediaeval castle, surrounded by a line of well-preserved walls and by a moat; and the neoclassical cathedral, featuring a famous altarpiece by the skilful painter Giorgione. The city and its surroundings also boast a great food and wine tradition. The city has produced many excellent riders, including 2008 World Champion Alessandro Ballan, and “veteran” Matteo Tosatto (who has been Professional since 1997). The city hosted a Giro d’Italia stage finish in 1991, with victory going to Silvio Martinello, and one in 1999, won by Mario Cipollini.

ALTIVOLE – km 194
Hometown to Giuseppe Brion (1909-Milan 1968), a pioneering entrepreneur in electronics and founder of the Brionvega Company, famous for a signature innovative design.

FORCELLA MOSTACCIN (KOM) – km 208
Villa Barbaro in Maser (by the start of the Forcella Mostaccin climb) is a Venetian villa built by Andrea Palladio between 1554 and 1560 for the humanist Daniele Barbaro. He transformed the old medieval palace of Maser, belonging to Barbaro’s family, into a splendid country mansion. The villa, that includes a Palladian temple, was listed among the UNESCO World Heritage sites in 1996 (along with the other Palladian villas in Veneto and the city of Vicenza).

ASOLO – km 227
Asolo, lying amidst the peaceful, gentle rolling hills, is amongst Italy’s most beautiful villages. Its greatest splendour came under the Most Serene Republic of Venice and under Caterina Cornaro, born to the noble Venetian Corner family (1454-1510). She was Queen of Cyprus by marriage and Sovereign Lady of Asolo from 1489 to 1510 after she was widowed. A favourite tourist destination is the Duomo (with its signature neo-Romantic façade), housing the famous “Assumption” altarpiece by Lorenzo Lotto; Palazzo della Ragione; Villa Scotti-Pasini, the castle and many elegant villas.
This will be the city’s second Giro d’Italia stage finish. Back in 2010, Vincenzo Nibali won stage 14, Ferrara-Asolo. 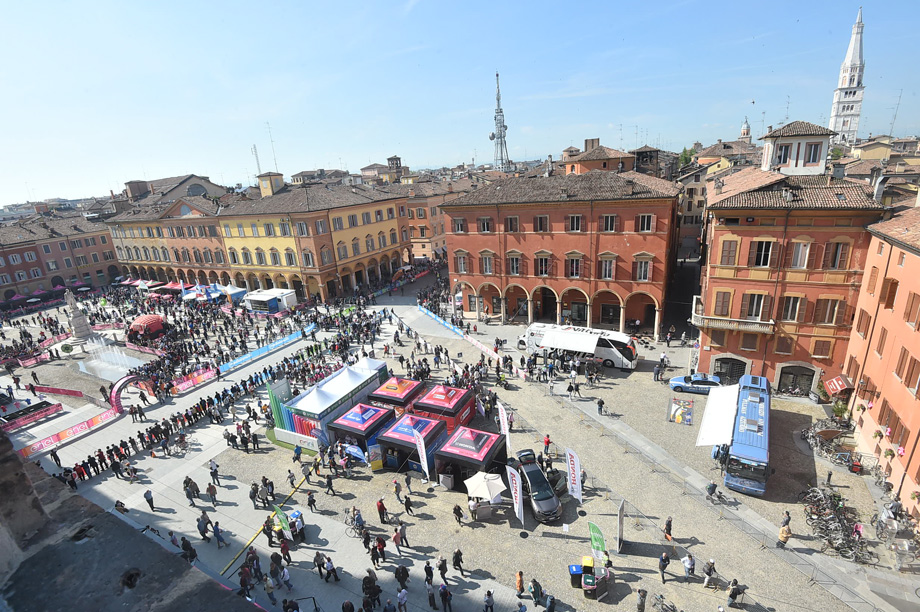 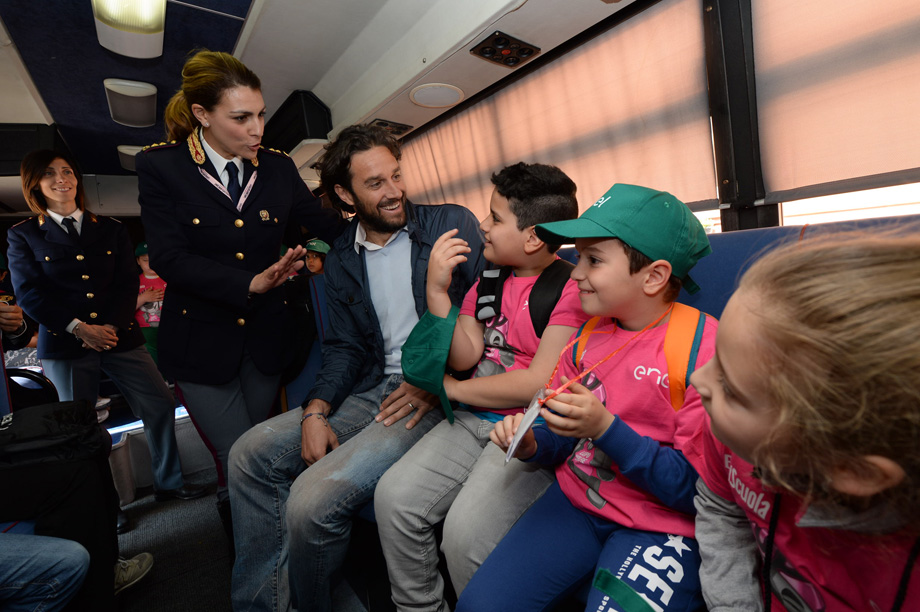 GIRO D’ITALIA – RIDE GREEN
During yesterday’s stage, almost 2.8 metric tons of rubbish were collected, 86% of which will be recycled. Over 18 tons of recycled rubbish has been collected so far at the Giro.