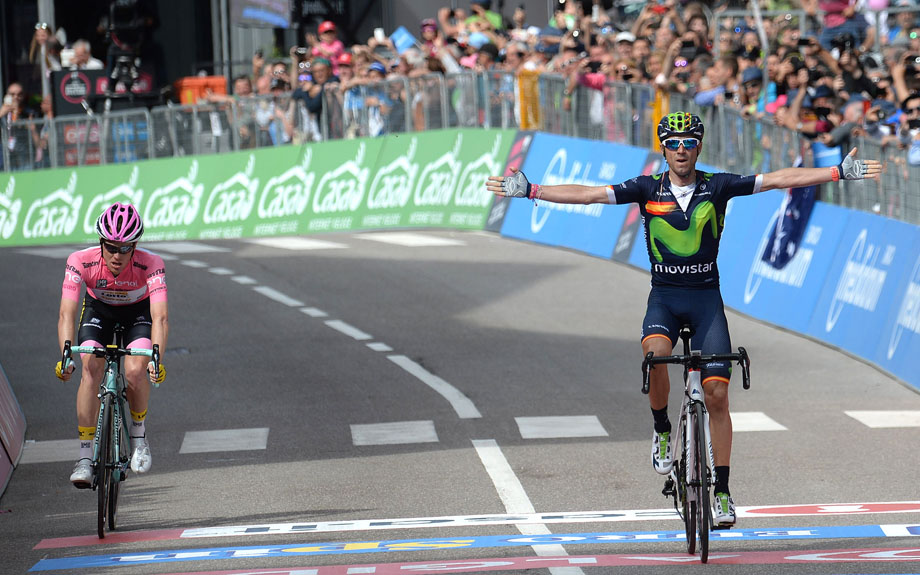 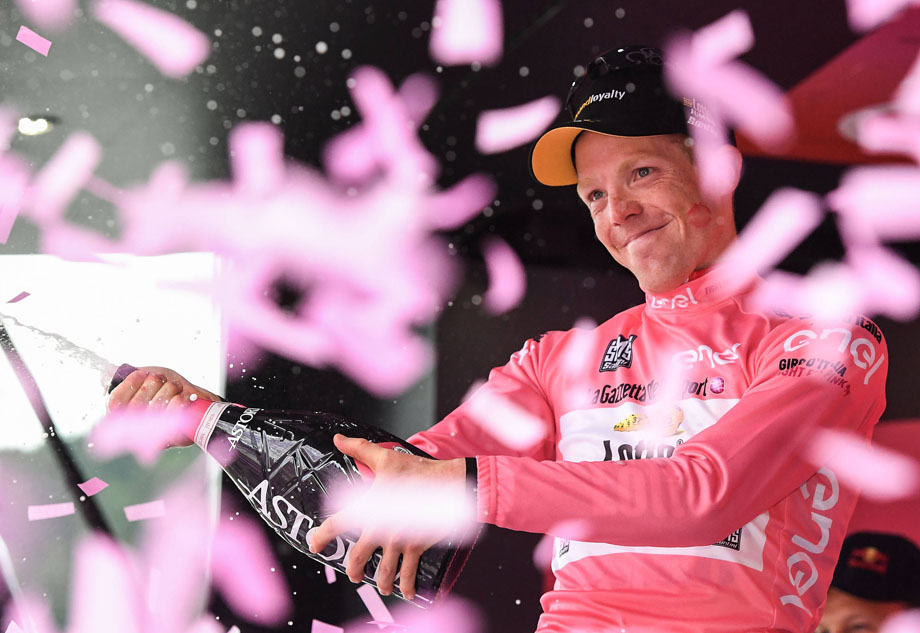 Seconds after the stage finish, the stage winner said: “It’s a good day for me as I move up in the overall ranking, although I wanted a stage win as a gift for the mechanics, soigneurs, directors, my family… all the people who have helped me overcome the day I had on Saturday because of the altitude. It was only one bad day though. I rode the time trial as well as I could have hoped. We wanted to break the race up today. It’s a great feeling to win for the first time at the Giro”.

The Maglia Rosa said: “Second yet again! I wanted to give my team a win but it’s an ideal situation for the Maglia Rosa as I’m now three minutes ahead of Esteban Chaves and the others. I was feeling really good so I had to make the best of this short but really hard stage. I had to follow Nibali when he attacked early in the stage. I didn’t expect so much action the day after the rest day”. 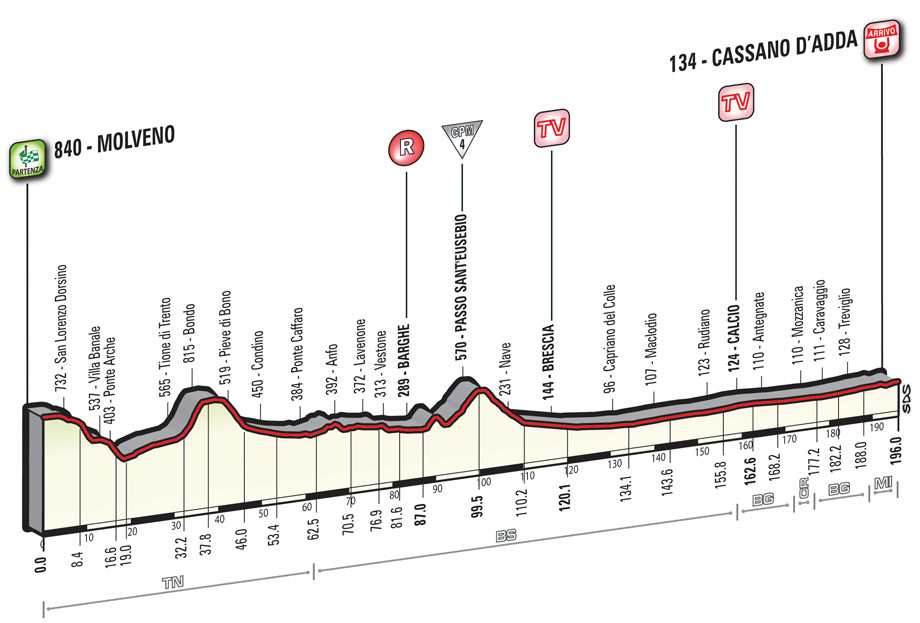 TOMORROW’S STAGE
Stage 17 – Molveno – Cassano d’Adda – 196km
The first half of the stage is wavy, while the second half is perfectly flat. The route rolls along moderate undulations all the way up to km 120 (Brescia), where the road eventually levels out. There are a few tunnels in the first part. In the flat sector, the roads are relatively wide and straight, with just a few more curvy stretches. Roundabouts, speed bumps and traffic dividers are the main obstacles typically found in urban areas.

Final kms
The final 5km are perfectly flat, with two mild bends and one (last) turn 600m before the finish, on 7m wide asphalt road. Roundabouts, speed bumps and traffic islands are the main obstacles, throughout the stage course.