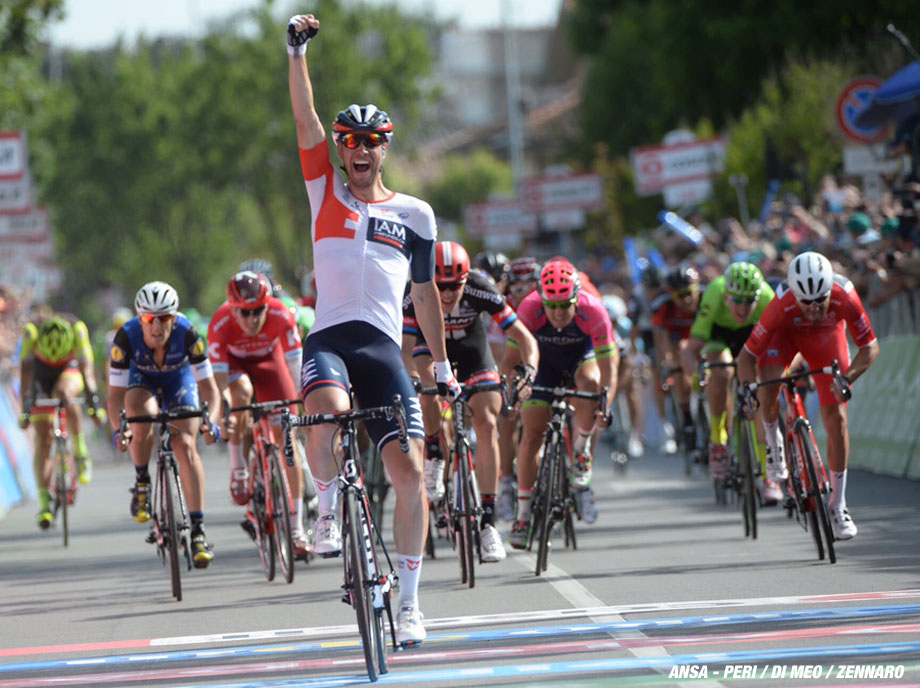 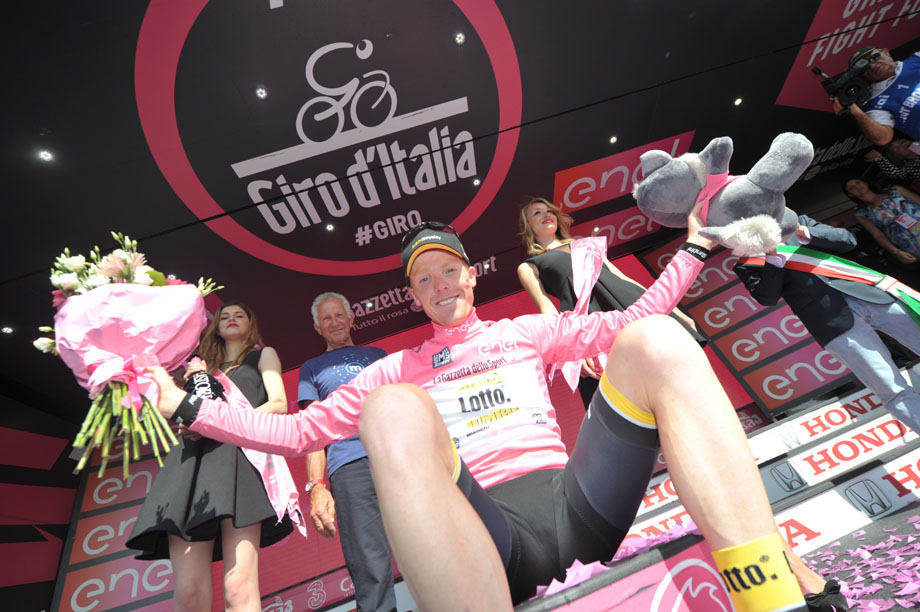 Seconds after the stage finish, the stage winner said: “I’ve been a pro for six years and this is the big victory I have been looking for. It’s a dream. It wasn’t planned at all. I was working for Heinrich Haussler, closing the gap for him but I saw a possibility to get away. The finishing line was very near. It’s a strange feeling. Yesterday we were very disappointed to hear that our team is going to stop at the end of the year but we decided to stick together and it’s wonderful to come up with a victory to make it up for our disappointment”.

The Maglia Rosa said: “It’s been a long stage but quite a nice day. I’ve enjoyed riding with the Maglia Rosa as much as I could because I knew this was my last easy day race before some hard stages coming up, starting tomorrow. It’s a stage with a hard and spectacular finale after a tricky downhill. I’m ready”. 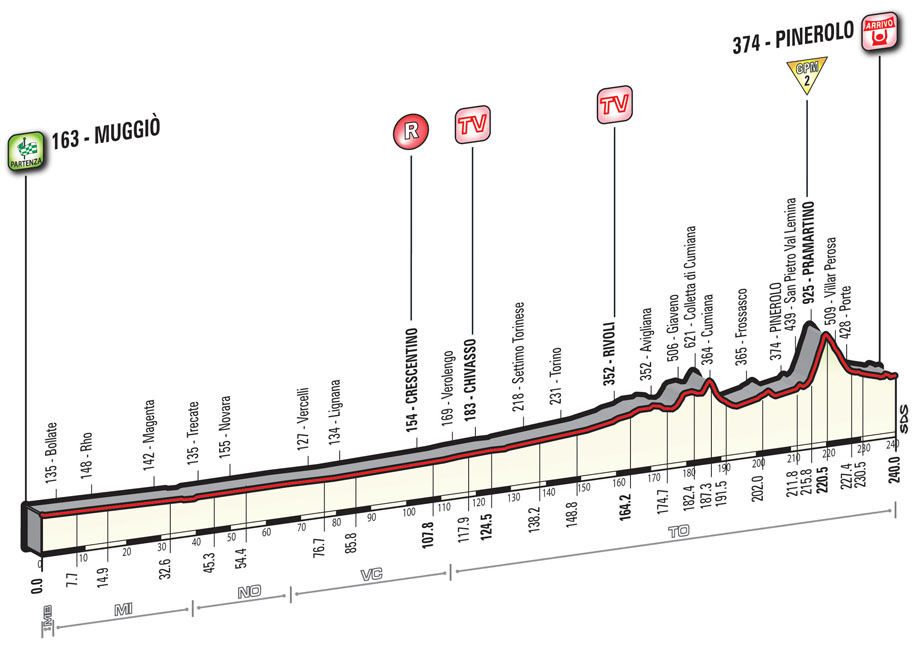 TOMORROW’S STAGE
Stage 18 – Muggiò – Pinerolo – 240km
After running flat for 170km, this stage will have a more challenging finale. The route initially runs across the entire north-western Po Plain, from Milano to Torino, along mainly straight and wide roads. The stage course cuts across a few major cities, where the usual traffic-calming street furniture are to be found. After reaching Pinerolo (and clearing Colletta di Cumiana), the route takes a first pass over the finish line, climbs up the steep Via dei Principi d’Acaja stretch, tackles the Pramartino climb (4.6km with an average 10.4% gradient) and goes back to Pinerolo, to cover the last 3km, after a very technical descent. 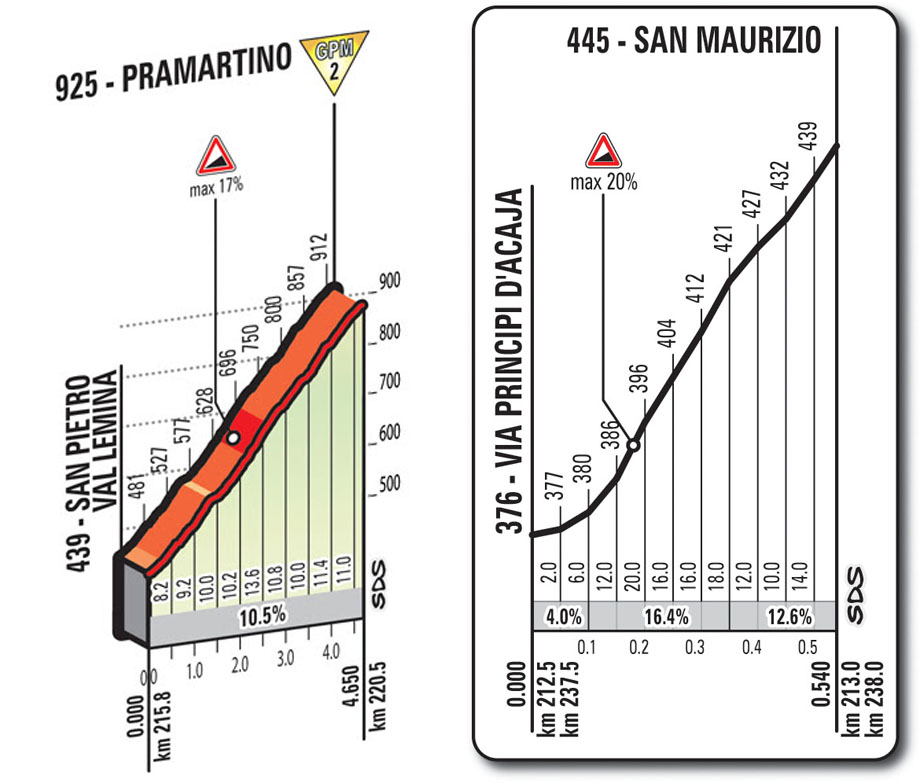