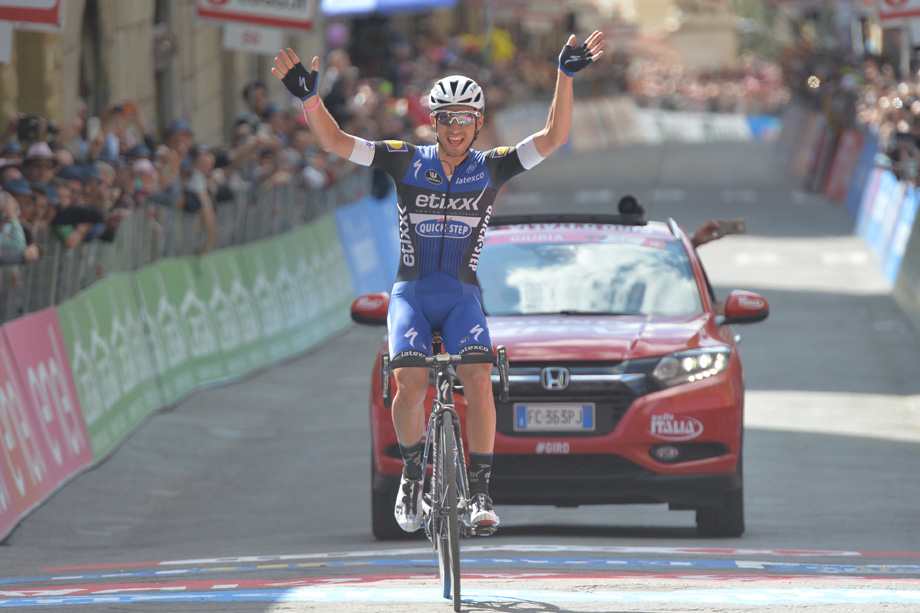 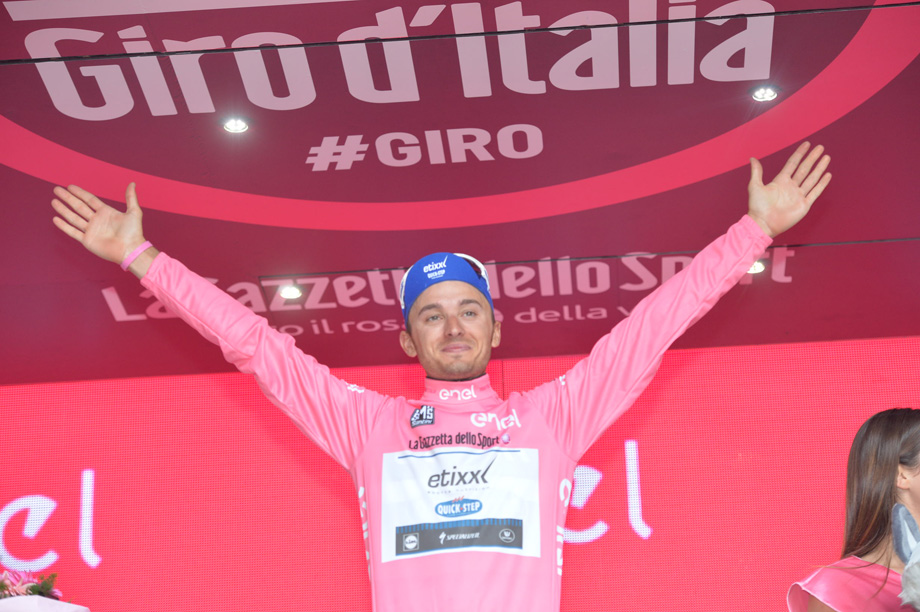 Seconds after the stage finish, stage winner and new Maglia Rosa Gianluca Brambilla said: “This is amazing! My idea at the beginning of the Giro was to focus on today’s stage and I’ve made it but I cannot beieve that I’ve done it. I have to thank Matteo Trentin because he did an excellent job. I was the rider who initiated the breakaway but he did most of the work until I rode away in the steep part of the climb. I’m delighted. Everything is going well for me this year. The birth of my daughter Asia twenty days ago has also changed my life. It’s beautiful”. 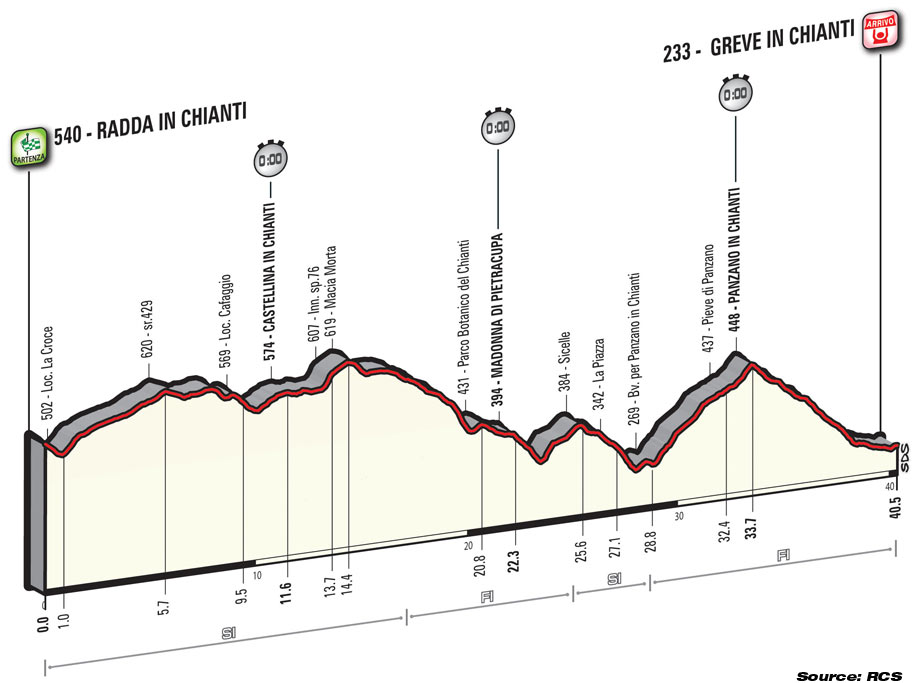 Final kms
The final kilometres run downhill all the way up to 2km from the finish line, along wide and mainly straight roads, just bending slightly at points. 300m from the finish there is a final bend, nearly a U-shaped curved, leading into the old town centre and to the finish. The home straight is 180m long, on a 6m wide, flat asphalt road.