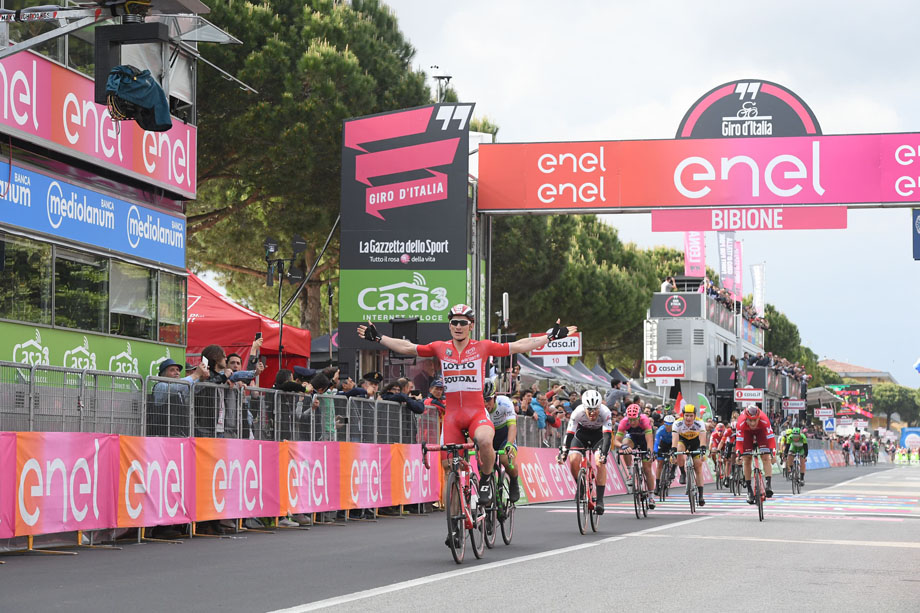 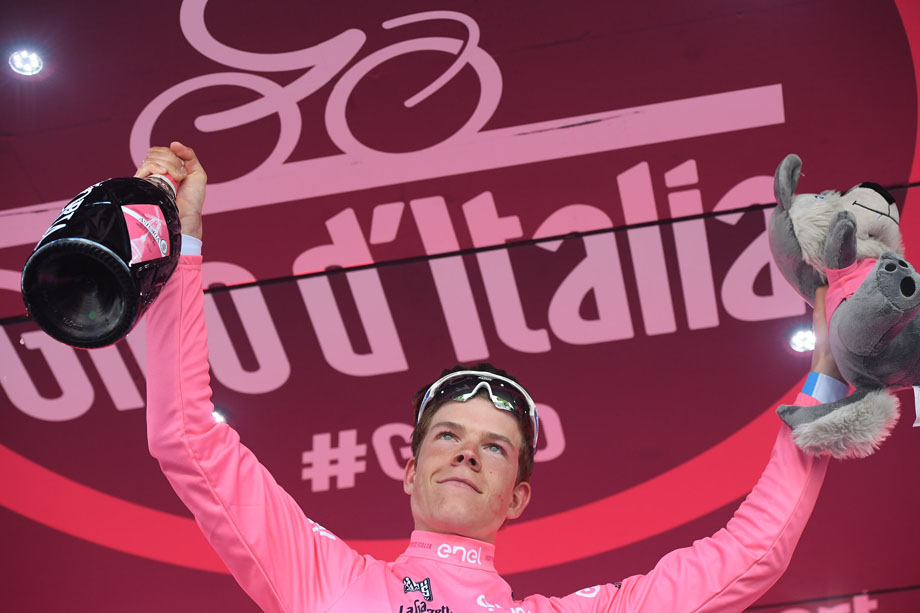 Seconds after the stage finish, the stage winner said: “Our plan was to arrive with the whole team at the front of the peloton for the last lap. Chapeau to my team-mates, especially to Jurgen Roelandts for his lead-out. I left a bit of a gap behind him but I had really good legs for the final sprint. I’m sorry to leave the Giro with the Maglia Rossa but my season is full of goals and I need to rest. I’ve already achieved so much at the Giro”.

The Maglia Rosa said: “It was like I said before: at the Giro even the sprinters’ stages aren’t easy. But I paid a lot of attention in the corners. It was a good decision to neutralize the last lap for the overall classification. Now I’m looking forward to defending the Maglia Rosa in the mountains. I’ll do it with all the power I have. We’ll see if it’s enough to hold off the other GC contenders. I don’t know how I am compared to them. I don’t expect too much from myself but I’ll do my best”. 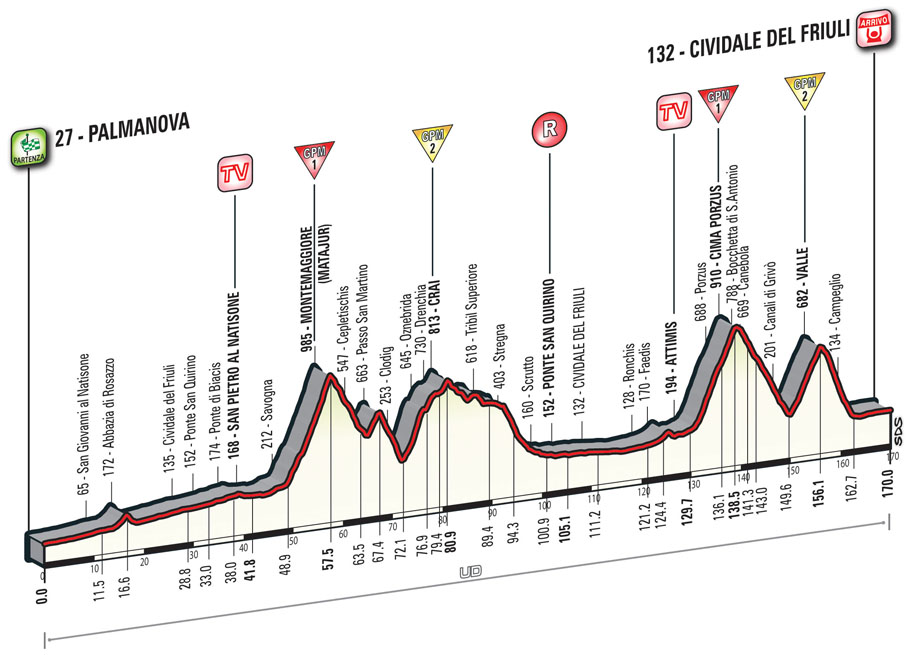 TOMORROW’S STAGE
Stage 13 – Palmanova – Cividale del Friuli – 170km
This is a very challenging mountain stage. The route takes in four categorised climbs in a row, with just a few stretches to let the bunch catch their breath. The first 45km run on apparently flat ground, and are followed by three typical pre-Alpine climbs, marked by narrow roadway, high gradients and endless turns, both while climbing and while descending. After a flat drag including a passage over the finish line, the route heads towards the two final climbs in Porzùs and Valle, with a very winding and undulating profile, and high uphill gradients. The road narrows at point while crossing urban areas. The route features some technical descents, especially when climbing down form Passo San Martino at km 67. 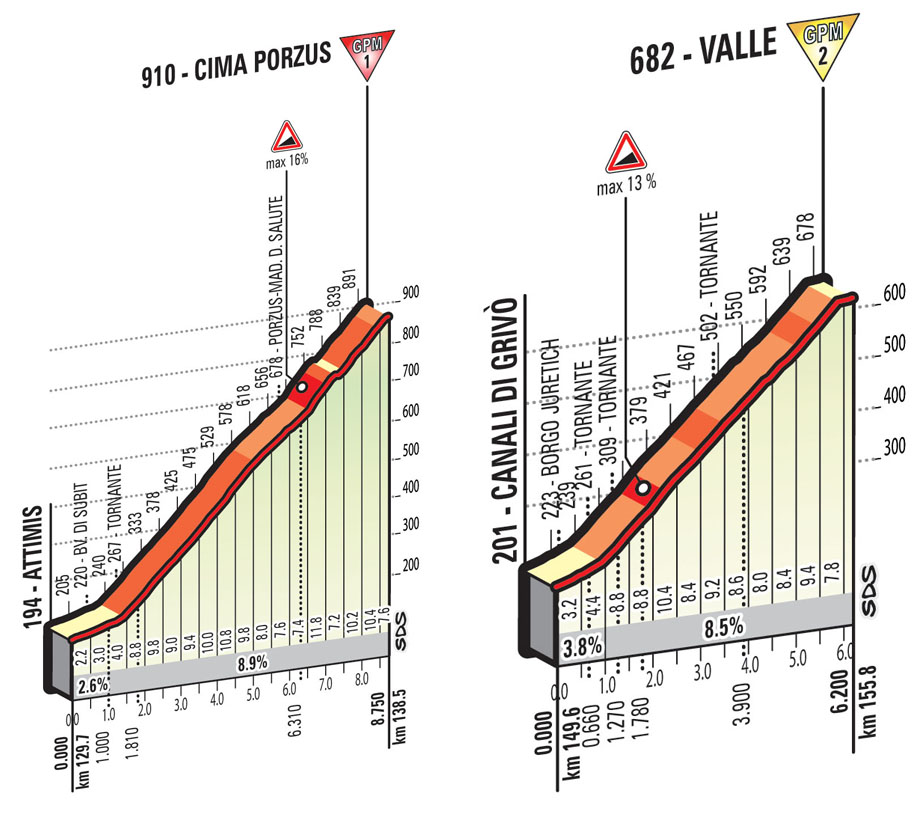 Final kms
The last 5km are deceptive: seemingly flat and yet actually running downhill all the way to Cividale del Friuli. The route features a few twists and turns over the last kilometre; the home straight (approx 400m long) is on a 7m wide asphalt road.