HOMEBOY Belgium: Compilation of a Dream

What is left to say about living a dream other than … Damn does it rock! This year I tried to bring the feeling and passion of my first year in the professional peloton and give everyone out there a little glimpse of all the good and bad.

There was pain, there was suffering, and there were the cold wet raining days when you return to the changing rooms of some random race, shattered, after being completely knackered in gutter. My roommates and I would sarcastically say, “Damn, good thing we get paid to do this!” only to all let out a quick laugh and crack a sly smile at the reality of situation. Some guys get paid, others don’t, but paid or unpaid, it didn’t make us go faster or suffer less, we were still professionals.

We were all in this sport because we loved it and many out there would look at what I, and other like me, do as a big sacrifice. I couldn’t call what I do a sacrifice, I’m not giving up anything up that I truly love. The only sacrifice I could make is NOT riding my bike for the sake of something else, because that would be a sacrifice. 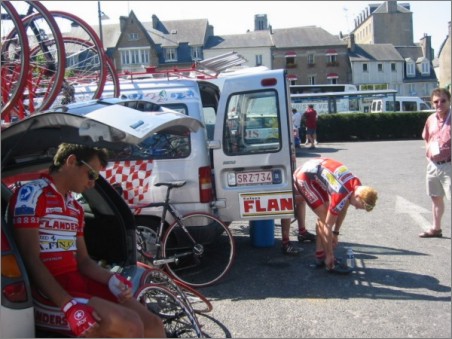 Beyond the bad there were overtly good times this year. Completion of my dream of becoming a professional cyclist may have come to a surprise to many out there, but for me it was just a normal step, something I had always known would happen to me at some point. The surprise for me was entering the unknown and vague world of the professional peloton. That is where my angst and nervousness was sourced, but after a few UCI races the nervousness went away and it all became normal.

And so began an important step for me this year, the knowledge that I can not only survive the pro peloton, but on occasion, be a factor in some races. On paper my results were a random allotment of placings, but behind some of those numbers lays some momentary flashes of ability. The one that comes best to my mind is the Mere Pro Kermesse. During this race I was only in there for one hour, but it was a great hour.

Being the first race since the Olympia’s Tour stage race where I actually felt really good and comfortable, I rode toward the front and attacked throughout the beginning of the race. I was so happy to be riding so well I just attacked as much as possible. At around 50 minutes into the race the field started to lull and I moved up to the very front. Just as I field approached the start/finish (and the small hill in the course) I went to the front and laid down the nasty as hard as I could.

It was enough to put a split in the peloton and I was with a move of about 9 guys, but unfortunately for me I was a bit to ambitious in my effort up the hill and dug down a bit to deep. I struggled on the back for a minute and was dropped back to the field. The breakaway stayed away for the rest of the race. I ended my race a lap later completely jaded from continually chasing down the breakaway the same lap.

So on paper a DNF, but for me the race was more than a three-lettered acronym, it was a race where I (with better fitness and timing) had the chance to make tangible results happen. Other races came and went with better chances, but this year proved one thing to me. I can make it in the pro peloton in Europe. Toss in a winter of focused training, some time to develop, a bit of work on race tactics and the possibilities will be confined only by my self-imposed limitations. 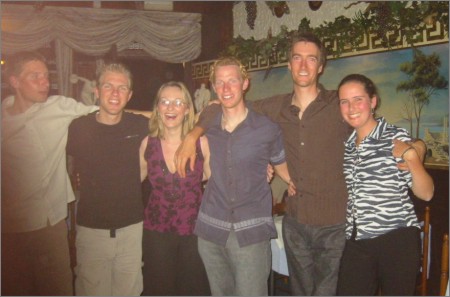 I also have to give a shout out to my room mates this year. They became more than teammates, they became good friends. Alex Coutts, Stephen Gallagher and Daniel Llyod helped make the hard times bearable and the great times that much better. They are all great mates in my book even if they speak freaky Queens-English all the time.

So this Homeboy is in full off season mode, but in three weeks begins my preparations for 2005 where I will be back as a professional cyclist in Belgium. Thanks to all of you who sent the great e-mails of support this year. Take care and keep the rubber side down.

About Gregg:
Gregg Germer is now in his third year in Belgium and is racing professionally with the Flanders-Afincom cycling team out of Oudenaarde, Belgium. Between races and training he likes to spend his time consuming mass quantities of coffee, watching movies, reading and doing website design in addition to his writing articles.