So the off-season has finished and I am back to training again. The weather here in Texas has been quite good and it has been good for getting back into the swing of training again. This winter I am taking it a bit easier for the start of training as I had a bit of a self-imposed rest when I had a 3 inch plate removed from my left collarbone in the middle of November.

The plate had been holding together my collarbone from nasty crash in March of 2002 where it shattered into 7 pieces. 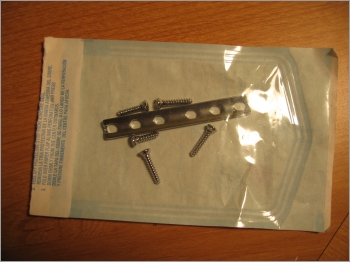 This is what helps keep your collarbone together after a nasty crash.

The surgery put me off the bike for a little under two weeks, but I didn’t go that stir crazy as my girlfriend Holly came down to Texas for the Thanksgiving holidays (she’s from Canada, so it’s her second Thanksgiving this year). It was a great time and there was plenty of good food and some of my grandmother’s wonderful pecan pie.

After Thanksgiving Holly and I went out to West Texas for the annual Ambush Racing pilgrimage to the Ambush Hill Ranch. After more than 6 years I can officially call this a tradition that I look forward to where I get to relax and enjoy the company of good friends around a nice fire, ride some great roads and escape the normality of living in a big city. This year however I kept the riding a bit shorter than normal because of my time off the bike, but it was still a great time. 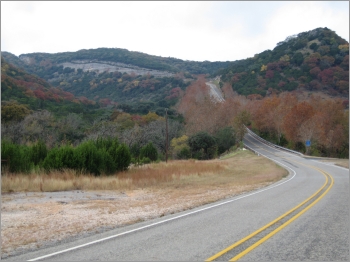 The very hard climb outside of Vanderpool, Texas. One of my favorite climbs in the Real County area.

My last diary left off with my search for a team for 2006. Things were going well and I was very optimistic about several leads I had, but in the end I wasn’t able to secure a professional contract for 2006. I guess I got too late of a start looking in the US after trying to find a European team. So in the end it looks like I am going to be spending 2006 in the amateur ranks racing in the US. It’s not the ideal situation, but in the end it doesn’t make too much of a difference as I can still race 90% of the same races as if I had a contract with a pro team. Still, if there is a pro team director with a spot left on their team, I’d love to talk to you!

So right now I am looking for a team to ride for on the East Coast of the US for 2006. I will be living in Hamilton, Canada (where 2003 World Championships were held) with Holly and I plan on going to as many big NRC races on the East Coast as possible along with a few trips out to the west coast.

And I guess this will be the end of the Homeboy in Belgium series and the start of a new chapter in my Homeboy series. I am a bit saddened to end my series of Belgium racing but it was time to move on and go a different avenue of racing as a cyclist. I will be back next year racing in the US and will continue to write diaries of my racing and adventures.

And last I leave you with this photo … 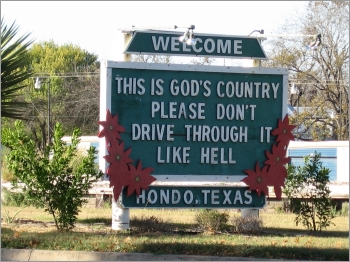 I have passed this sign for the last 10 years and finally took a photo of it.