Welcome all to Chapter Three of the Homeboy in Belgium Diaries.

It’s kinda hard to imagine that this year will be my third year in Europe. I can still remember freshly the nervous feeling in pit of my stomach when I stepped onto the plane headed to South Africa in November of 2001. That was the beginning of my journey and I still feel like I did that day, utterly excited about the prospects of racing in Europe.

Though it’s not all the same. This chapter of my cycling chronicles I will know a bit more than I did when I left on my initial trip. Living in Belgium for me is like coming home, as it’s a place I feel very comfortable and enjoy to live. This year I am more excited than ever to be back to Belgium, but I wasn’t as sure back in November of 2003.

Last year can be summed up as just a year of learning and not much else. I never found my form and learned an important lesson in what training and preparation methods do not work for me. So I returned home to Texas in September and took a good month and a half off the bike to clear my head and figure out if cycling was still for me.

November came around and I started to ride again. At first I was in terrible shape and even simple weekend rides put me in a world of pain. I thought about hanging up the bike one or two times when I was dropped, but I decided against it, pushing on and keeping up my training. 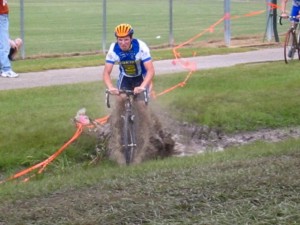 I really started to find my form when I went back to Ambush Hill in the Leaky region of Texas. This area is for me what the Boone area is to Lance Armstrong, a place where I always feel inspired to ride and have fun. I took an awesome 10-day climbing fest trip that included Leaky area and Ft. Davis (the highest paved point in Texas, higher than Denver), that started to give me much confidence and build up my fitness. Before I knew it I had logged in over 6,000 kilometers in less than three months and found myself in the leanest form I have ever been in my life. 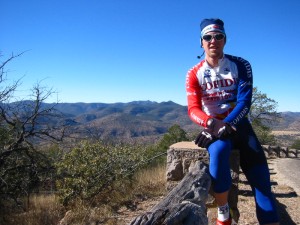 The one major let down I had this winter was missing out on a really cool race experience. Back in January I was set to go to Angola, Africa to do a 6-day stage race in the capitol city of Luanda. I was excited to go because of the great weather, but also the fact that the trip was going to be very cheap. I would then go from there to South Africa and train with an old friend of mine for the remainder of the winter (back here in Houston everyone seems to have jobs for some reason … their so overrated :^P). Much to my dismay the day before the departure I got a call from the organizer of the trip, the consulate of Angola screwed up our travel visa’s and they wouldn’t be ready in time. We all were packed with tickets in hand and I felt like I was just stood up for prom.

So what does this year hold for me? Well many new and exciting plans … I have found a new team for this year. Asfra Racing based out of Oudenaarde, Belgium. The team is the amateur side of the Flanders-Afrin.com professional. The director Frans Assez is a really nice and down to earth guy and after my first phone conversation with him I knew it was the right team for me.

I would also like to thank Trial-Tir USA for helping me out this year and setting me up on a wonderful and very responsive 2004 Colnago MIX. The bike is a major improvement over my last frame and will defiantly help to smooth out some of the roughness of Northern European roads. 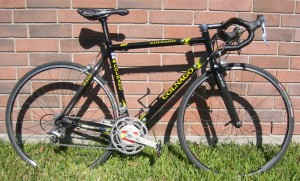 So look for some good stories and tales from the road this year, but they will be coming every other week this year. I will be sharing the European narratives with Jered Gruber out of Germany.

Interview: On Track With JAN OTT