Homeboy: Connecting With The Bike

“I feel like I have left some of you out there with the impression that I am really down about my racing. For the record I am not down, just sidelined for a couple of weeks, but I’m back. I have reconnected with the inner cyclist…” 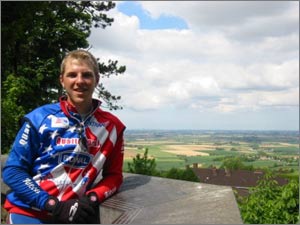 So what caused this reconnection? A little day of nothing but the bike and me out on the lonely roads. This last Saturday I did a seven hour, 200 kilometer, consecration where I induced a Zen like state of enlightenment through physical and mental drain. Each pedal stroke brought me closer and closer to the point of no return, the pinnacle of which was reached at the five hour mark when I almost completely bonked. The ride became my reconnection with my bike. I just rode, leaving my worries behind me with each passing kilometer. 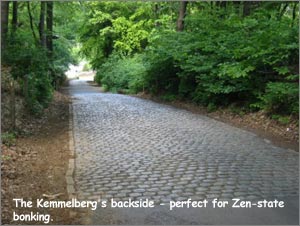 Arriving back home my body was done. I burned up over 4,450 kilojoules of energy and averaged around 200 watts. Pushing my body that hard proved to myself that I am still ready to pull off the big results and remove myself from the status of pack filler to a legitimate podium threat. So I am ready to do big things the last half of the season.

Now onto the rant for this week – France. Sometimes I am astounded that a country that hosts the worlds greatest cycling race (or sports event for that matter) can have so many people who just don’t even care for or respect cyclists. I guess that national pride in cyclist is limited to the month of July and given if the Frenchman are doing well. So what caused this sudden dismay in the people of France? A little criterium in France.

Located just to the south of Lille in the polluted mining town of Auby, I was looking forward to the crit as a good chance to place and make some money. Upon arrival I quickly learned we weren’t the most prosperous area of France, hell, we were in the ghetto. The problems started with registration when we switched a rider out for an original rider who was sick. This caused all kinds of trouble and required the whole team to resubmit the inscription papers all over again. Only in France have I witnesses such disorganization. 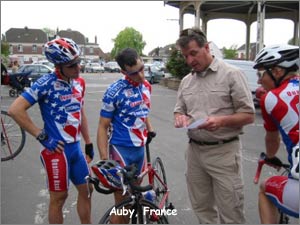 The problems continued as we started to warm up – while riding the course we passed a group of little kids who began to throw rocks and small sticks at us as we rode around. We told the organizers about this but they just looked at us and said, “such things happen…”. The race started and the rock throwing continued. So we had a team mate go talk to the guys who were throwing rocks, this time it was teenagers, and he almost got his lights knocked out in the middle street while the race went by him. Was this an American only discrimination? Nope, the Belgians were there were also having rocks and such thrown at them and one of the team directors (a 70 year old ex-pro rider from back in the day) apparently got hit with a large iron pipe. The local police weren’t of any help.

This makes me think of the movie Breaking Away, but instead of the Cutters being a bunch of bored, mad at life, sons of miners who take out their aggression through cycling; the French counterpart decides to take it out on cycling.

So I survived the ghetto of France. We’ll see what crazy stuff happens next time in France, because it’s not a matter of IF, but a matter of WHAT will happen.Tot ziens,