This week’s Homeboy dispatch comes from Jered, direct from Germany, where his racing fortunes have taken an upswing, inspite of the best efforts of his navigational shortcomings, and he takes a memorable trip to the City of Lights… 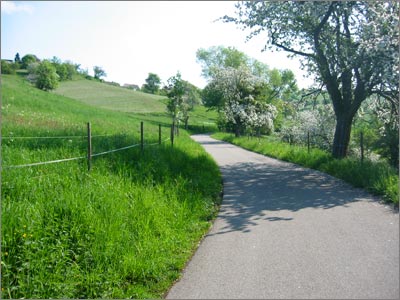 At long last the unimaginable occurred – I crossed the finish line in a large group at the actual end of the race – twice! These weren’t just any races either, one of them was a real deal crit; I can barely finish crits in America, let alone here. Following my crit success, I backed it up by finishing a 160 km jam fest in the mountains. If that wasn’t the hardest thing I have ever done, holy crap, the first 80 km were just one great big up and down slog of 1-2 km climbs followed by a 1-2 km descent followed by a 1-2 km climb, so on and so forth ad nauseam. The last 40 km or so were perfectly flat, and it was all I could do to keep from falling off of my bike from the cramps in my thighs.

Anyhow, finishing these two races was very big news in the Jered Camp. I thought that I might have gotten over my early season woes, but unfortunately, it appears that there might be intermittent breaks in the clouds here and there, the forecast will be mainly violent thunderstorms for awhile yet. No worries here though, I’m learning, and the legs are most definitely getting stronger and more accustomed to long, hard days, which could also be attributed to my heroic efforts of getting to races on my own.

Riding to races is “oh so pro”
…and without a doubt the best warm-up ever. There is nothing like lining up to a race knowing that, if nothing else, I’ve got more miles in my legs than anyone else there. Sometimes though the warm-up goes a little bit awry and becomes a decent training ride (this has happened once already), and sometimes it goes much too far and becomes a training race for 3.5 hours (as in this weekend) just to get TO the race.

I have ridden to three races over the past few weeks, one was about 30 km away and was a nice springtime jaunt where I had my best race yet. The next one was about 50 km away, but I ended up riding 70 km to get there due to numerous, er, detours. I ended up riding some wicked tempo to arrive at the short, 4 corner crit on time, and in the end, I found my number curbside, punched it, shrugged, turned around, and rode home for a good 170 km on the day. That is one of the bad things too, it doesn’t feel like there is all that much pressure when I know that I’m going to get a whole bunch of kms in no matter what. 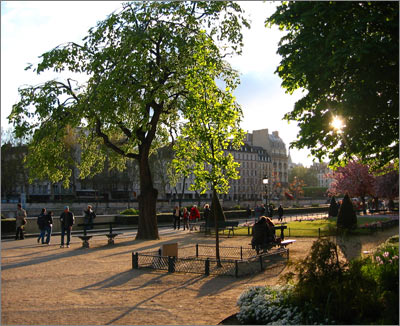 This weekend, I set out for Offenbach an der Queich and realized it would be a little longer than the previous weekend’s race. I noted with a bit of trepidation that this could be, well, bad. 60 km to the race, 120 km road race, and 60 km home, that’s a lot of kilometers, and a lot of miles too, hell, that’s even a lot of nautical miles. Well, the 60 km to the race turned into 100 km of riding circles in vast fields of green. Riding 100 km isn’t really all that noteworthy, but it was mainly my mini-war into the purest of all headwinds. I got to the race 3.5 hours after leaving home, and started the race very reluctantly. There was really no reason to do the race, and hitting the awful crosswind section for the fifth time, I looked up, made sure I didn’t screw anyone over, turned around, and went home (averaging well over 40 kmh with that tornado at my back) – for a grand total of over 200 km on the day.

Homeboy Hits PARIS!
Luckily, my life isn’t entirely made up of getting hammered in races. Two weeks ago, my girlfriend, Jamila, and I, went to Paris for a week. Our week in Paris was without a doubt one of the coolest trips I’ve ever taken. Paris is everything you’ve heard and probably a little more, especially in April at the height of spring and especially before the Mongol hordes descend in July and August. It does not seem fair to even try and summarize a week in Paris in a teeny little paragraph, so I’ll direct anyone interested to head to my website (see link below) for a lot more on Paris. 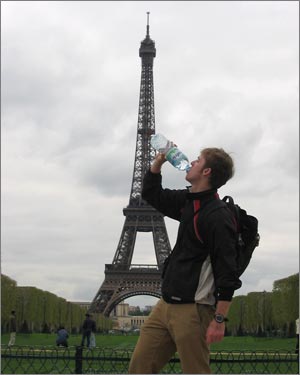 I can’t mention Paris without mentioning Parisian bakeries. Holy crap, I have never seen anything like it, the most beautiful havens of culinary perfection I’ve ever seen, and oh are they diet killers, but oh so worth it. We stayed in a ridiculously cheap little hotel and managed to eke out a whole week in one of the world’s pricier cities for 200 euros apiece, not bad at all. Unforunately, 200 euros was still almost too much and we had to retreat home to recover and start saving for our next trip. 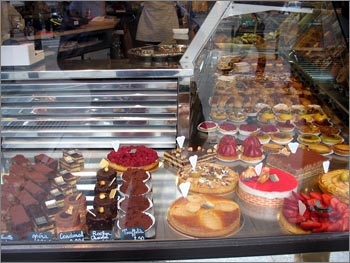 We returned to Germany to find it in the throes of spring. I was a bit perturbed by this, as I have been waiting to see the leafs return to the big trees since October. I leave for one measly week, and the leafs come out. The return to Germany also meant the return to school. Definitely a major shock for the system, and even more so since there have been no classes since mid-February. I’m taking some easier classes this semester, and aiming to avoid 30 page research papers. I’ve confined nearly all of my classes to an epic 8-hour day of class on Mondays, so now I can just stumble my way through Mondays and have six consecutive days off every single week. Not bad at all. I can definitely not complain for want of more time to train. 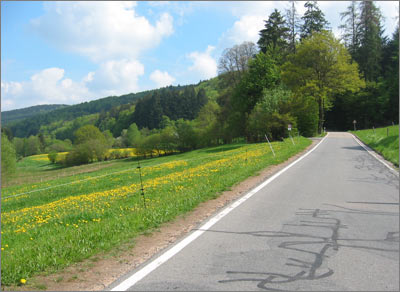 This weekend is another big 160 km race in the mountains. I’m looking forward to it, and with any luck I’ll be able to finish a little higher up. First on the agenda though is a real deal American barbecue on Saturday. Jamila and I have been invited by some good friends in the military over here. I just realized I haven’t even thought the word barbecue in well over 10 months. You have no idea how happy this makes me. There mere thought of it. I am predicting perfection this weekend.

– thanks for reading –
Jered

Feel free to email me with any comments or questions, I’d love to hear from you.
[email protected]