Dirk Finders is a 20 year old U23 rider from Aachen, Germany and will be joining the illustrious team of PEZ Homeboys. Dirk has already been on the bike for over half of his life, and looks set to go a lot further – and will take us along for the ride.

Hello. I am Dirk Finders and I am 20 years old. Cycling is my favorite sport and I try to live for it perfectly. Two times per week, I have to go to school half a day, where I study economics. When I am not training, I work in my father’s company for some hours. 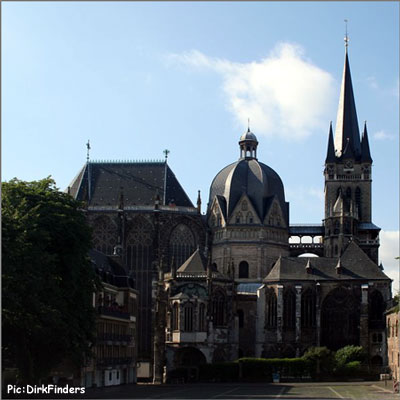 Aachen is a gorgeous town right smack dab on the German/Dutch/Belgian border.

Hailing From Germany
I live in Herzogenrath, close to Aachen. That is far western part of Germany, only two hundred meters from the Dutch border. There is a wonderful nature reserve here as well.

This perfect little spot is a dream for training, as I live almost directly on the routes of the Amstel Gold Race and Liege-Bastogne-Liege. Sometimes in the spring, I run into famous ProTour riders like Michael Boogerd on my rides in the hills. 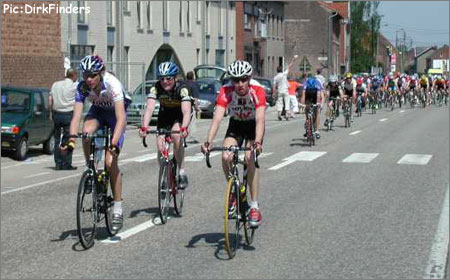 That’s A Lot Of Time
Last year I rode 25,000 kilometers on my bike – that boiled down to 8,000 in competition and 17,000 in training. This year I will try to reach 27,000 kilometers due to more racing. Most of the time I try to train in the hilly Ardennes in Belgium, because I love to climb.

Over the course of the year, I will train with the team at least two times per week from three to six hours. The rest of the time, I do training sessions that last as long as the team rides, but at a lower intensity. 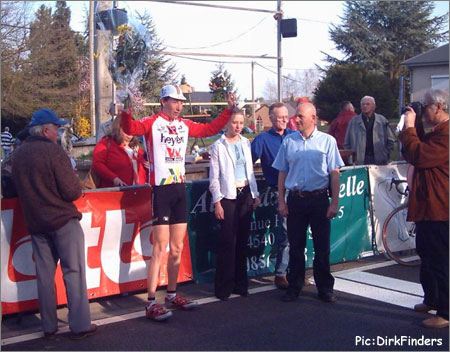 Okay, so maybe there’s no podium, but at least they have a podium girl.

Getting Some Time On The Trails
In the winter, from October until January, I only ride the mountain bike. This training is much harder, both on the road and in the forest. In the middle of January, I normally start riding on my racing bike.

Early Start
The first time I tried a road bike was in 1995 when I was 10 years old. One year later, I started in my first race. In 2001, I joined my first “big” team, a team that participates in the German National League.

My first steps at racing at the highest level were in 2003, when I joined a Dutch team. There I had my first experience with international races (the Heuvelland Tour and Acht van Bladel) in the U19 category. 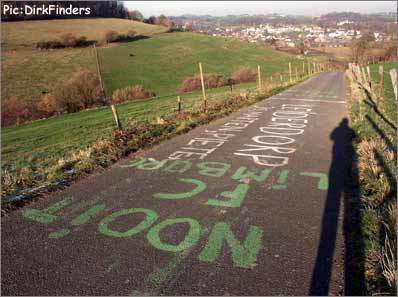 The First Big Jump
In 2004, I turned 19 and made the jump to the Elite category and U23 and got on a Belgian Team (Heylen-Sint-Truiden). In the first year I got one victory and in the second year two victories in Belgium and Netherlands and I participated in many international UCI 1.2 races and international Belgian races. Every year I have about 65 days of competition. 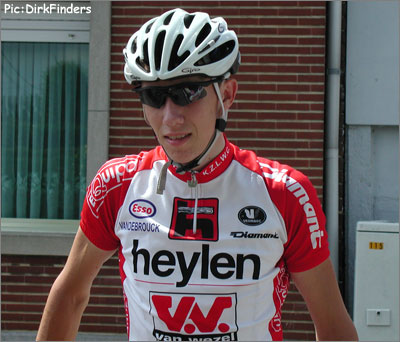 Dirk in last year’s team kit – watch for the new kit in his next story.

The Plan For 06
This year I ride for the “Royal Cyclists Pesant Club Liegeois.” That is one of the oldest cycling clubs in Europe, with its roots in Liege, Belgium. Liege is 45 kilometers away from my hometown. The club was established in 1891 and puts on Fleche-Wallone for men and for women, and Liege-Bastogne-Liege for men and for U23.

My schedule for this year is very heavy, starting with a first round-trip of 7 races in Italy at the end of January. Afterwards, there is the first race in Belgium on February 25th. On the 26th we fly to a one-week training session in Frosinone, Italy with my team.

Other races I plan to race this year include:

– Giro dґItalia for U23
– Tour dґAlsace in France
– Liege-Bastogne-Liege for U23
– Paris-Roubaix for U23
– The whole “Topcompetition” series in Belgium. That comprises 10 races in classic one-day format
– Tour Guadeloupe in America

Besides these races with the team, I will do many individual races in Belgium, the Netherlands, Germany and Luxemburg. My season ends on November 1.

Stay tuned for Dirk’s insider scoop on U23 racing, and check him online at:
• his personal website: DirkFinders.de.tc
• his team websitePesantliege.be

PEZ MailBag: Not Recommended For Readers Under 4