Rider Interview: The Alpecin-Fenix ProTour team of Mathieu van der Poel is looking strong for 2021. Ed Hood has known one of the new signings, Silvan Dillier, since his time on the ‘6 Days’ scene and thought he should catch up with the Swiss fastman. 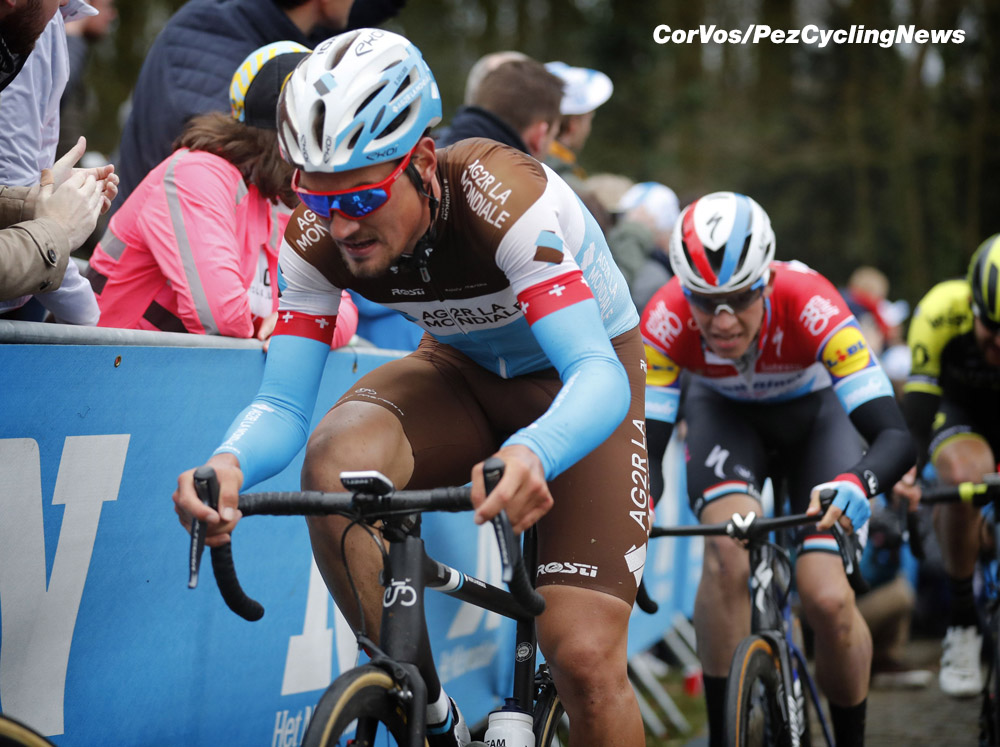 I’ve known Swiss professional Silvan Dillier for a good few years now, back to the days when he rode the six days and I was his ‘runner.’ When I saw he was changing teams from AG2R-La Mondiale to Alpecin-Fenix I decided a catch up was overdue. 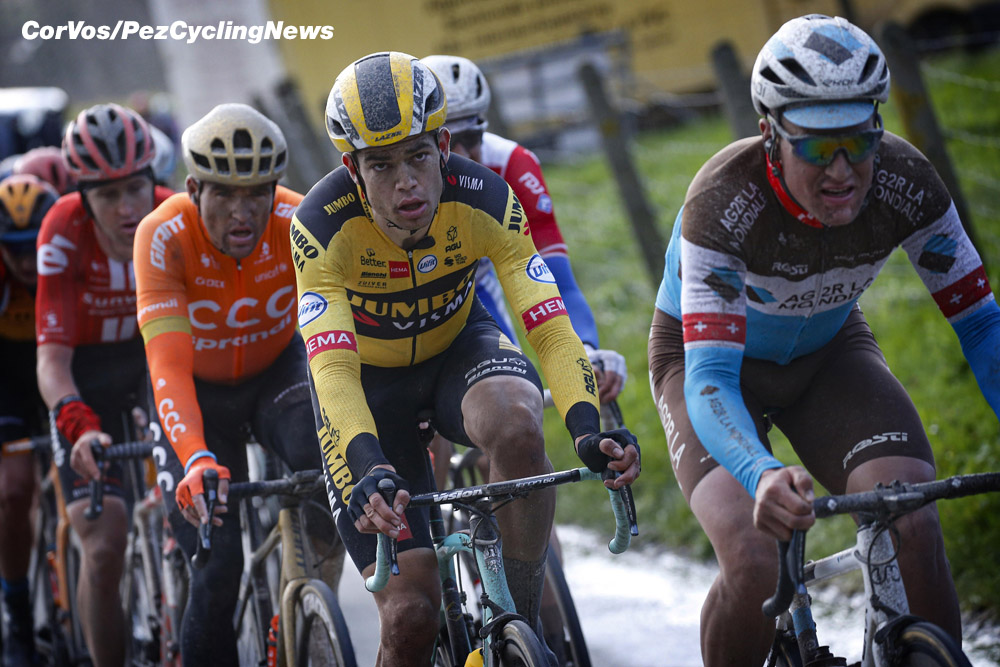 The Belgian squad as a ProTeam operation may be a ‘step down’ from WorldTour AG2R but with Mathieu Van der Poel on the books there will be very few race organisers who won’t want them on the start line. As well as VDP the team boasts Belgian Champion Dries De Bondt and rising sprint star, Jasper Philipsen. Dillier’s first appears on the palmarès websites as a time trial and track rider, winning national junior and U23 titles in the time trial, omnium and madison before graduating to win the European U23 madison in 2011. 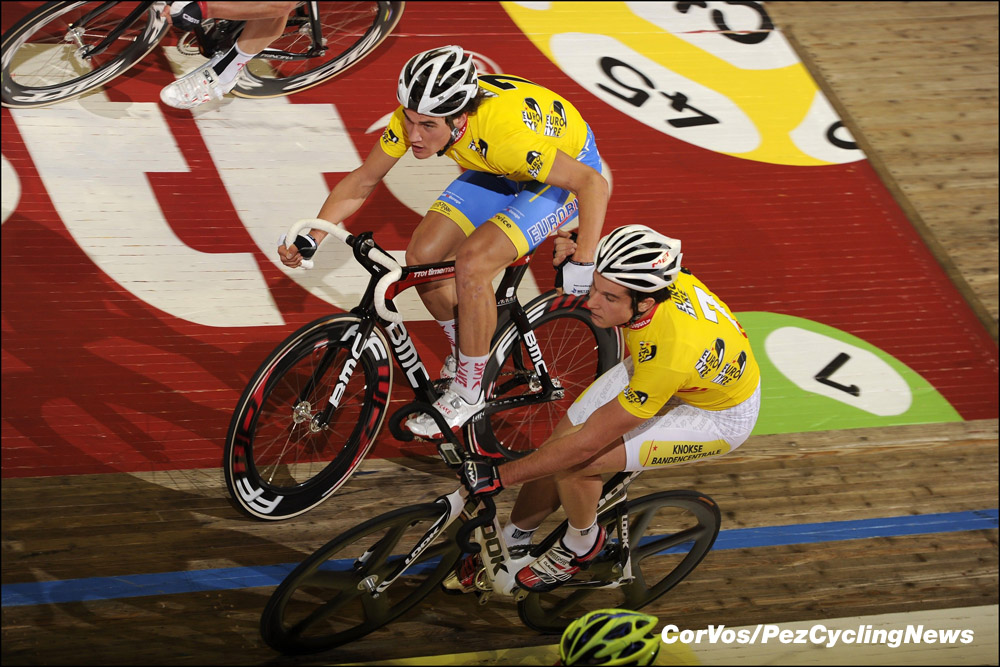 He defended that title a year later and added the European U23 individual pursuit title. That same year there was a Tour de l’Avenir stage win and a podium in the Gent Six Day partnering the legend that was ‘Big Bob’ Bartko. In 2013 he took the Tour of Normandie overall and as a BMC stagiaire with the ‘big guys’ won a stage in the Tour of Alberta.

One year later he was World TTT champion in Ponferrada with Oss, Quinziato & Co. in the BMC squad. Season 2015 saw that title defended in the United States, the National Elite TT title, a stage in the Arctic Tour and a Giro ride. 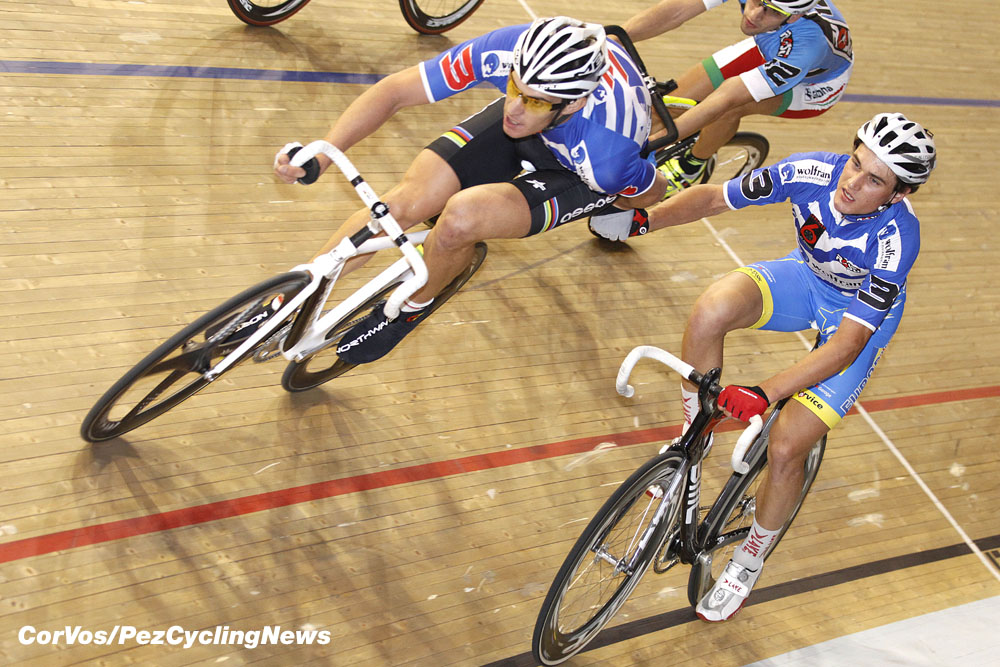 The year 2016 saw him ride his first Vuelta; whilst the start of season 2017 had him second in Dwars door West-Vlaanderen and eighth in the Brabantse Pijl prior to his brilliant Stage Six win in the Giro then overall victory in the notoriously tough Route du Sud stage race in France which included the mighty Tourmalet – and the Swiss Elite Road Race title.

The 2018 season saw him move to that most French of teams, AG2R and produced early top 20 finishes in Het Nieuwsblad and the Trofeo Laigueglia; but a broken finger sustained in the Strade Bianche was an unwelcome distraction before he bounced back to win the Route Adelie de Vitre, a tough counter for the hotly contested Coupe de France series. The undoubted hi-lite of the year however was his second place to Peter Sagan in Paris-Roubaix having been in the break all day. 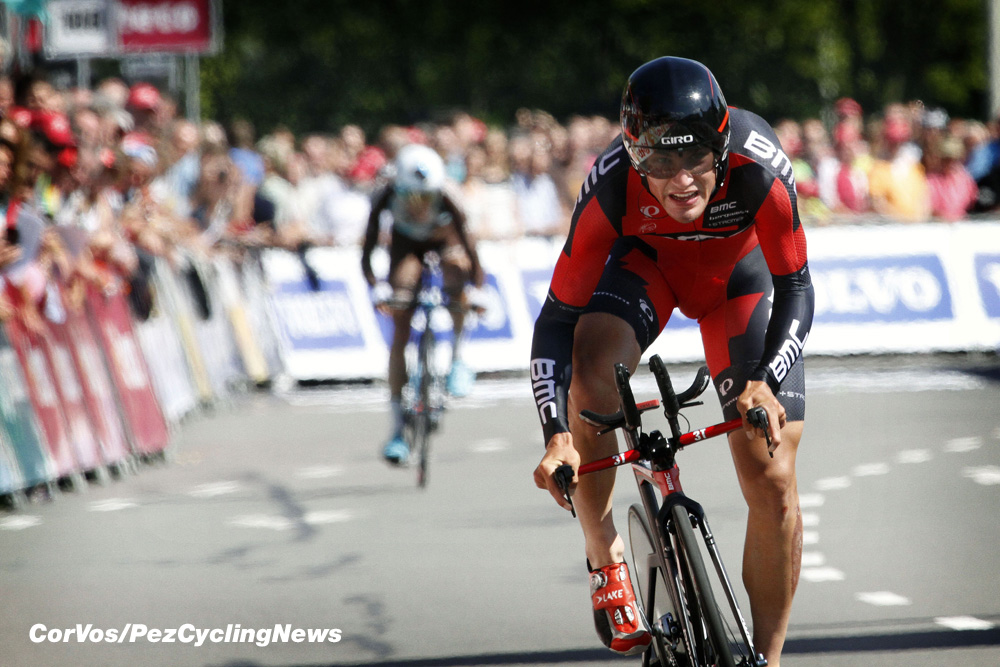 Last year was a tad leaner with 14th in the Strada Bianche as good as it got. This year started well with a top 20 in Het Nieuwsblad before Monsieur Covid came on stage. His first race back after lockdown was the Swiss Time Trial Championship where he took silver behind chrono specialist Stefan Kung. He took a top 10 on GC in the Tour of Poitou Charentes before a crash and broken collarbone in the De Panne race prematurely ended his season. 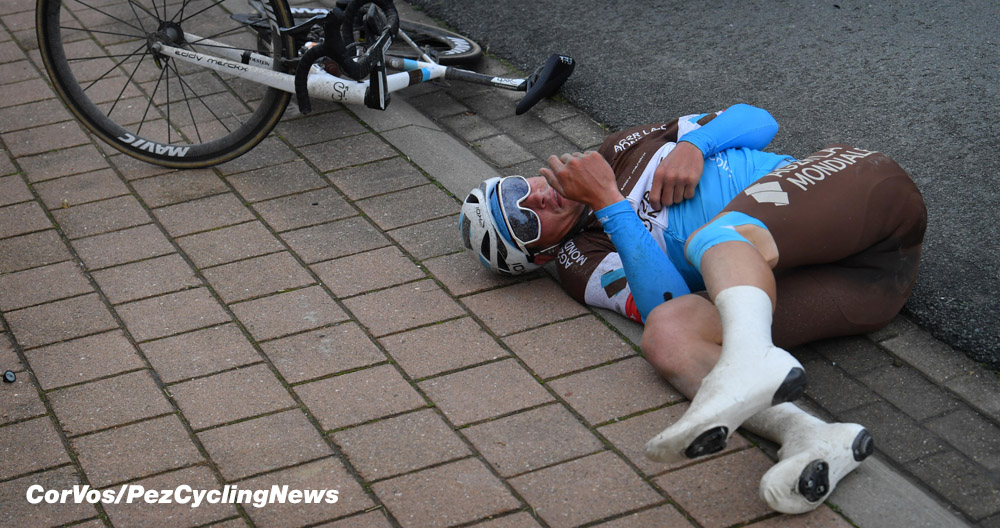 PEZ: How is recovery from the injury going, Silvan?
Silvan Dillier: It’s going quite well. Mostly collarbones are not so complicated to heal, especially if you’ve had surgery. 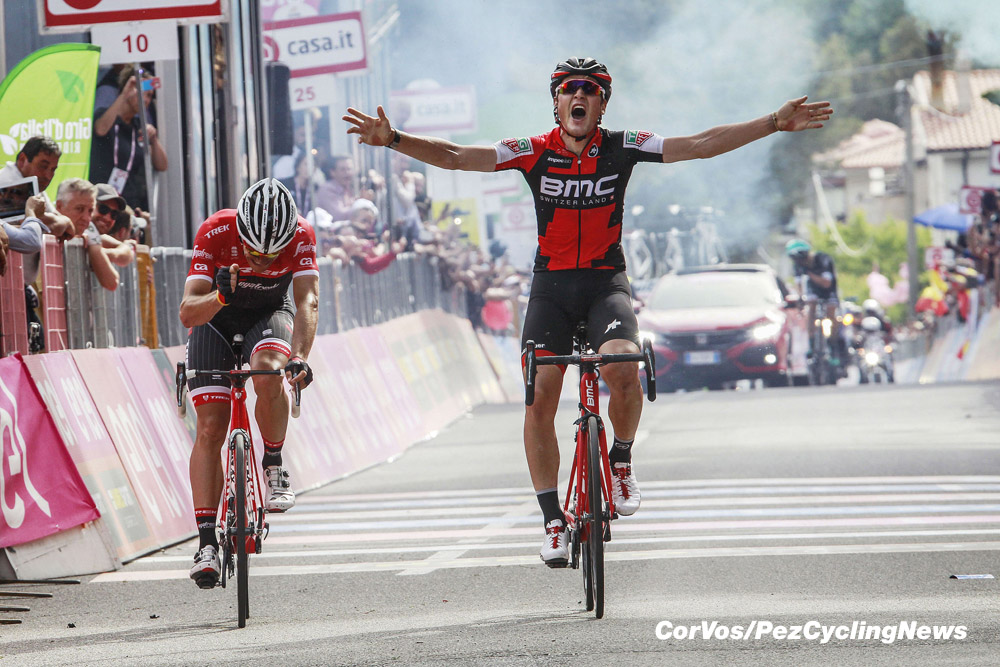 PEZ: I believe those late season races were all a bit crazy with guys desperate for results to make sure of a contract for 2021?
Honestly, I had that feeling all season long once racing re-started in August.

PEZ: How did the Alpecin ride come about?
I was looking for a contract for 2021, and Alpecin-Fenix was interested in reinforcing their classic squad and bringing in some Grand Tour experience. 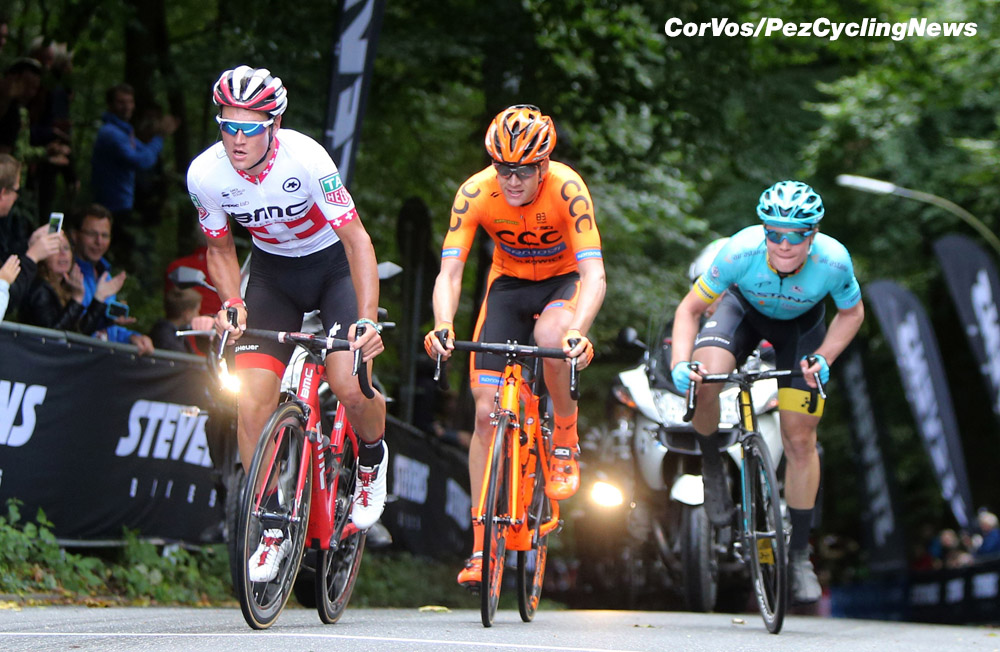 PEZ: Your 2020 season started well with top 20 in the Ruta and Het Nieuwsblad, it must have been frustrating to have to stop racing?
Yes, definitely. My shape was coming together very well and I was very much looking forward to the Northern Classics! 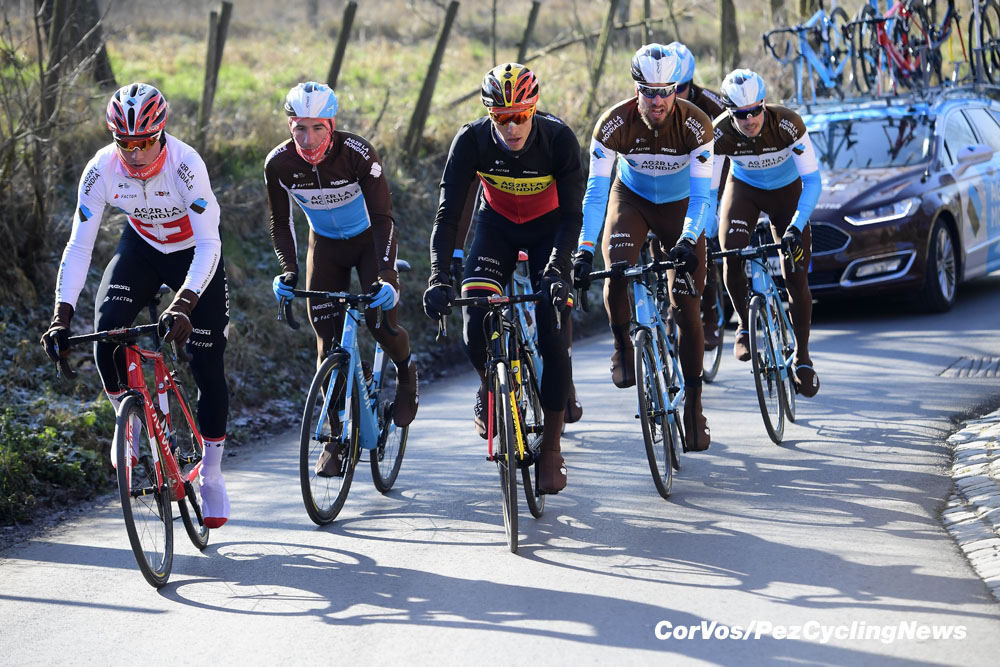 PEZ: What did you do during lock down?
Luckily in Switzerland we could continue training outside. Of course with some restrictions in meeting other people, but it was nice to be able to get outside on the bike. Next to that, I was enjoying my time with my family, especially because my son was born on the 10th of January. So it was very nice to be around him. 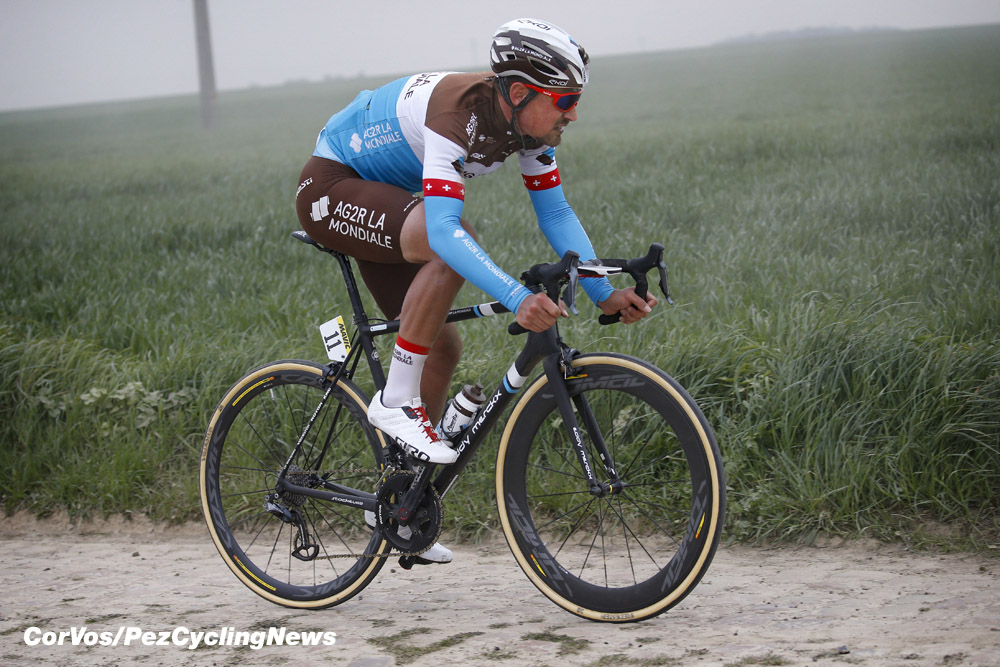 PEZ: Did you do any of that ‘e’ stuff?
Yes, I did three stages of the Digital Swiss Tour and stages of the Tour for All. But honestly, I was just hoping that this wasn’t going to be the future of professional bike racing!

PEZ: Your first race back was the Suisse TT – silver behind Kung was a good result, were you happy with that?
I was quite happy. I knew to beat Stefan was going to be hard. But anything other than first or second would have been frustrating. 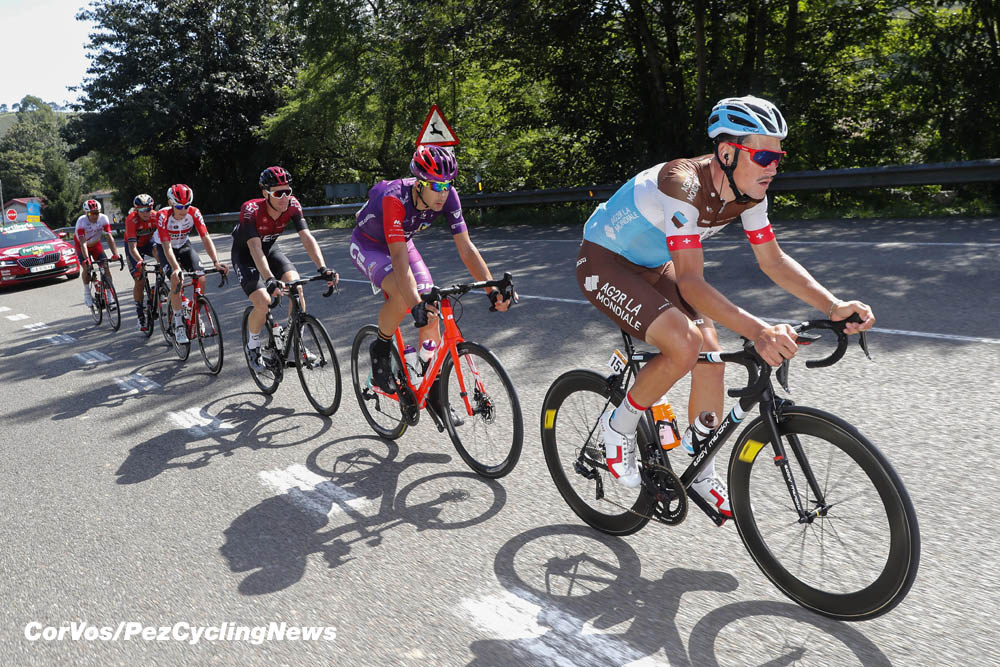 PEZ: BMC to AG2R to Alpecin; US to French to Belgian mentalities, how do they compare?
I think BMC and Alpecin are pretty much the same, more of the English mentality. The French mentality is way more easy going.

PEZ: Have you had your first get together with the team yet?
Just one day at the team Service Course to check fitting for my team clothes and I did a bike fitting. We’re going to have a team camp in December in Spain. 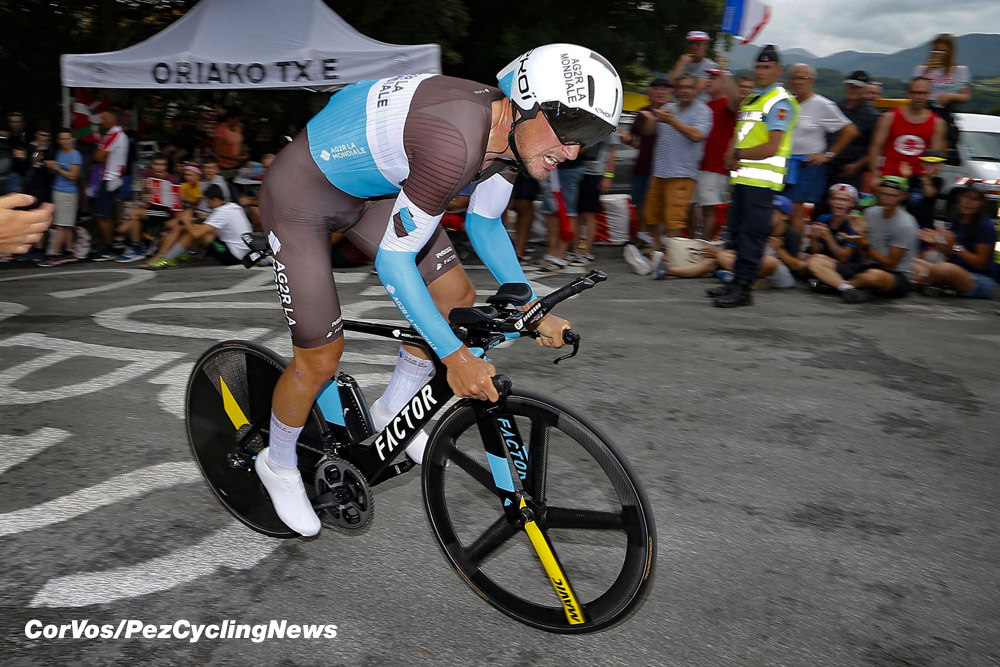 PEZ: Has your role in the team and programme been discussed?
Just briefly and no details. It’s going to be more or less the same as the last couple years with the focus on the Classics and later the Tour de France.

PEZ: Does the team take over your coaching now?
Yes, they have a good technical performance group and are handling all the riders. 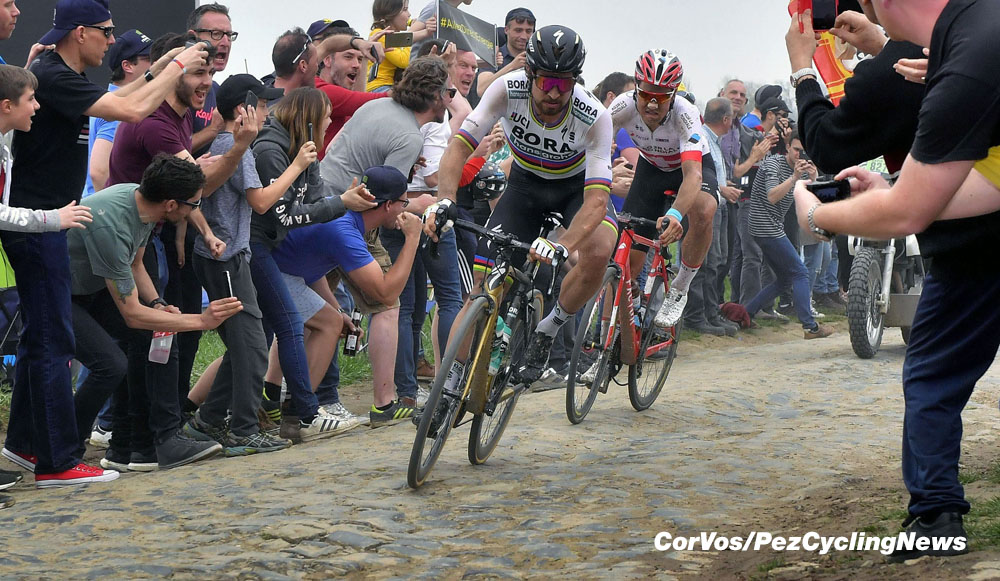 PEZ: Will you still get the opportunity to compete on the track?
We didn’t discuss that. But to be honest I wasn’t considering doing track races in the near future.

PEZ: Tell us about your winter preparation for season 2021.
I just started to train again this week but very easy and just a couple hours a week. Until the first training camp I won’t do much but after that the training gets more serious. 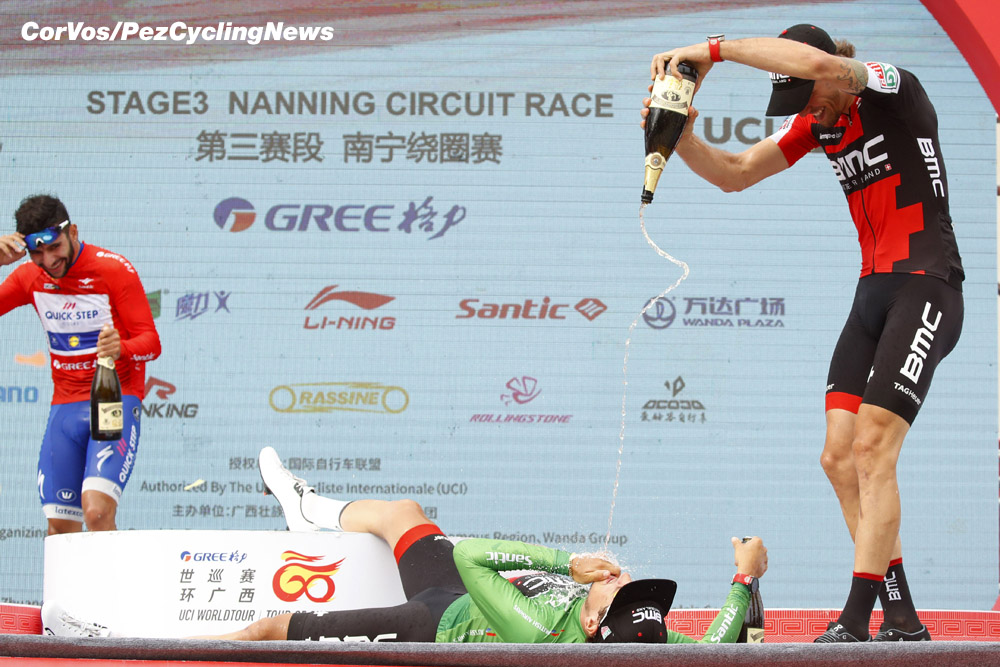 PEZ: What ambitions do you still have in the sport?
I still want to win races. And I know podiums in the classics are achievable. 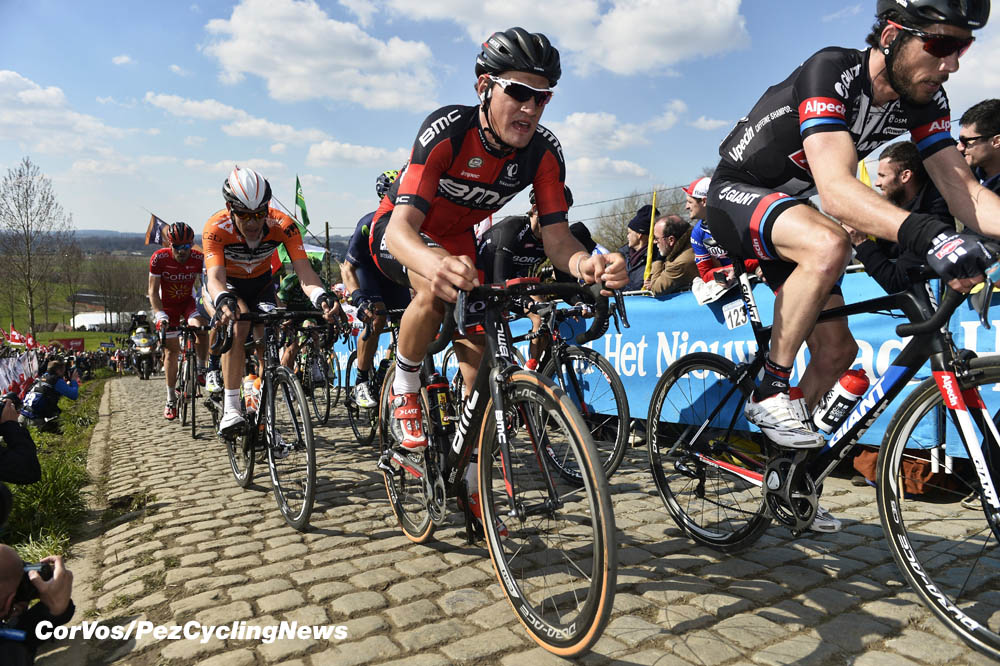