Interview: Ed Hood has been looking through his cyclocross interview archive and found this gem that was never published on PEZ (no idea why?). Keith Mernickle was one of the top British ‘crossers’ in the 60’s and 70’s when the scene had many a World class rider. 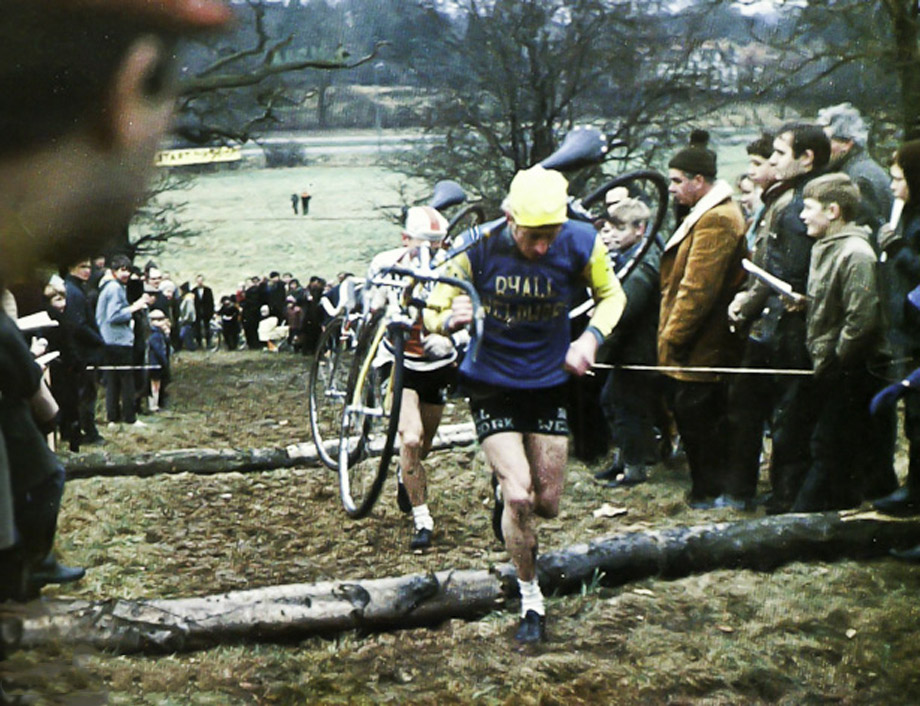 ‘When I were lad,’ in Scotland in the 70’s the ‘Comic’ (Cycling Weekly magazine) was different from it’s present ‘lifestyle’ presentation – come the winter there was proper coverage of the Six Days and cyclo-cross. It was hard to be unaware of what was happening in the ‘cross world – even 40-odd years later, I can remember the names John Atkins, Barry Davies, Chris Dodd, Ian Jewell and – Keith Mernickle. Mernickle was a prolific winner in the south of England but for a long time had to play second fiddle to John Atkins – Britain’s ‘cross King until Tom Pidcock came along – at the National Championships. Until 1976 that is, when the man who was sponsored by a jazz musician, snatched the title from Atkins.

Keith kindly gave of his time to PEZ a year or two ago, although this is its first airing.

PEZ: How long were you a professional ‘crosser, Keith?
Keith Mernickle: I rode Independent (semi-pro) ’63 and ’64; ’65 I was pro with EG Bates Cycles; Fred Dean Cycles for part of ’66 then Ryall-Weldwork for the rest of’66 and ’67; In ’68 I rode under my own steam then Ryall again for ’69 and in ’70 began an association with Chris Barber which lasted until 1980 when I retired from ‘cross and turned to running. Chris Barber used to have a full race team, but even when they disbanded that, they kept me on as a single sponsored rider. 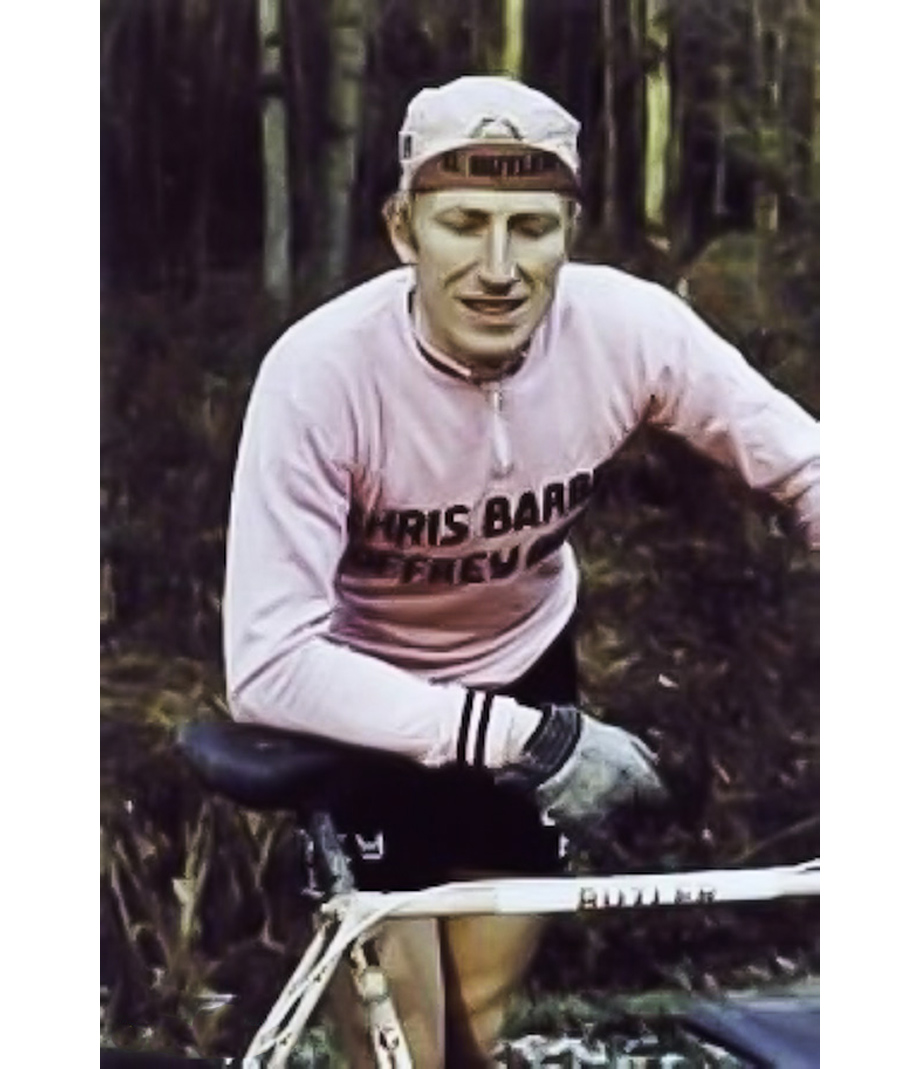 PEZ: Give us your palmarès, please.
All told, I won around 300 ‘crosses in the UK – taking the Elite title in ’76. I was 10th when the ‘cross Worlds were in London in ’73; and in the 60’s I was twice in the running for medals. In ’64 I lead for two laps and at the bell was second; but I blew up and finished 11th. Then in Milan in ’65 I was right there with Rolf Wolfsohl and Renato Longo when I broke a pedal. I’m sure I would have had a medal that year but as it was, I finished in 13th place – on my road bike.

PEZ: You were unlucky to come up against John Atkins in his prime.
He was the best ‘cross rider this country ever produced. Coming into the Worlds he’d be beating the likes of Thaler and Vermeer but his weakness was that he couldn’t sprint. He was fifth in the amateur Worlds and seventh in the pro race. He was a great technician: I’ve never seen anyone who was better at clipping out and in. 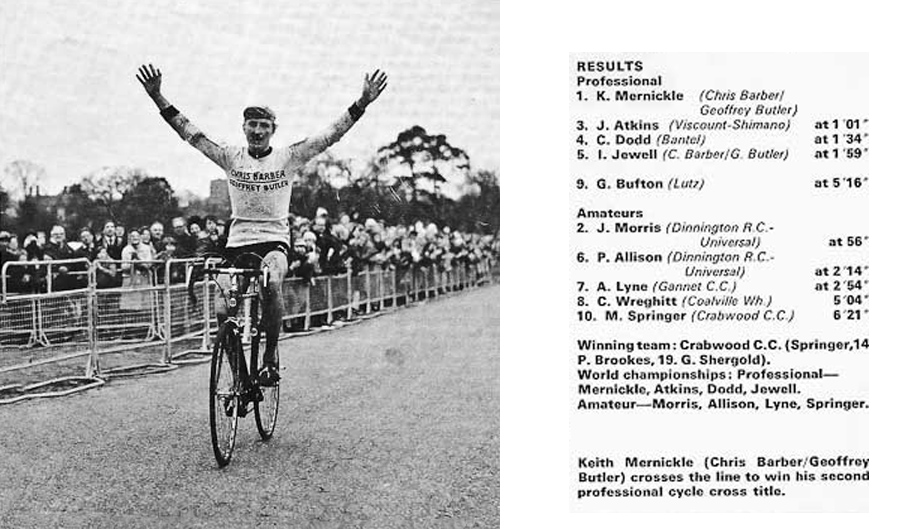 As reported by Cycling Weekly

PEZ: But you got the better of him in ’76.
It was a hard week for me running in to the Nationals; I’d raced the Saturday, Sunday and Thursday in Italy then flew back on the Friday. I picked up a new bike on the Saturday and that night went to Chris Barber’s jazz club, the ‘100 club’ to pick up my wages. I ended up staying ‘til midnight and got to bed around 01:00 am – and then I was up at 07:00 to drive to Sutton. It was a road start, which suited me, usually I was a bad starter, but that day I got off to a great start and lead all the way.

PEZ: Did you race much on the continent?
We’d do four or five day trips each season; Atkins and I could get top three in Italy and top six in Belgium. We were on good start money; £330/race – I can remember coming back from a trip in ’76 with a grand. That was a lot of money, back then. The Italian races suited me – they were fast and tricky. In one race we had Felice Gimondi on the start line, we lapped him – but he was on a grand start money. Chris Barber paid me £100/week; I was a full time bike rider for the latter part of my career. 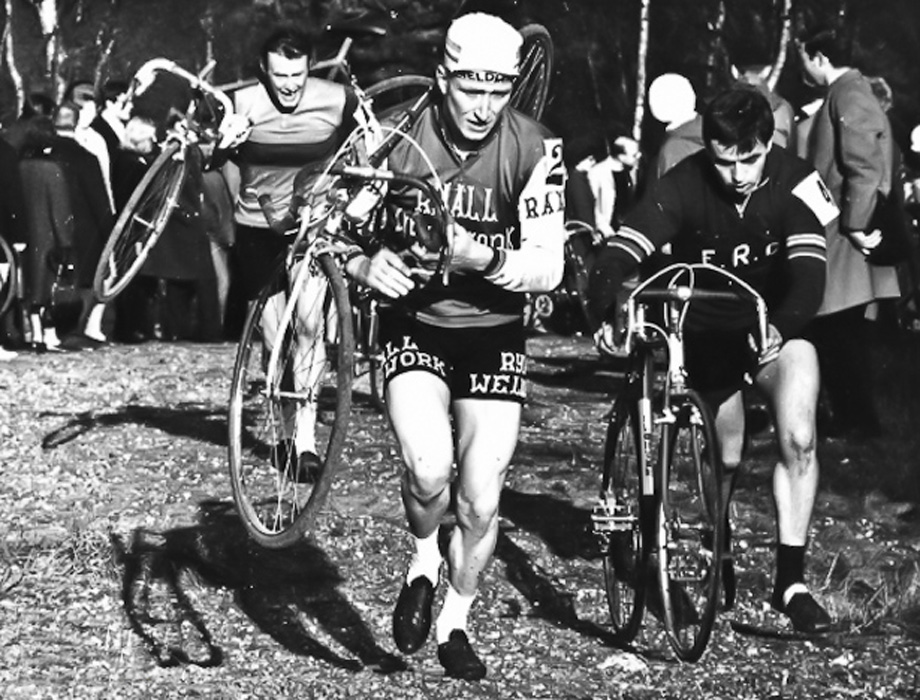 PEZ: Who were the best you raced against?
Eric De Vlaeminck, Albert Zweifel and Renato Longo. Longo was very classy and a real gentleman – he looked superb; tall and slim. He was a good guy; but it was different back then, a lot of the road riders just used it as way to keep fit.

PEZ: What was your best ride?
The ’64 Worlds; Mick Stallard lead me out and I got the gap on my own – but I blew on the last lap. If it had been a lap less, I’d have had a medal. 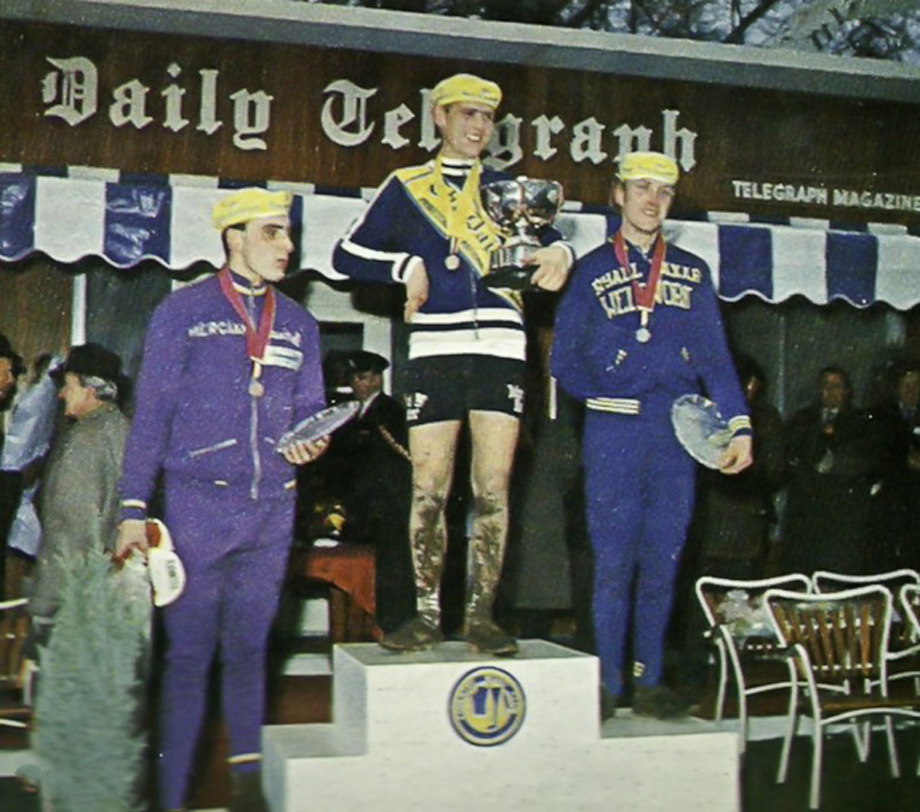 PEZ: What were your favourite conditions?
Very hard, fast, not too much running with short, sharp hills – I liked it when it was frosty, too. I started riding a bike when I was 10 years-old; the cycling club became my family. I just loved riding the bike – touring, 10 mile time trials, ‘cross, road races. . .

PEZ: How did you fare on the road?
I had 18 or 20 wins as a junior; but as a senior I wasn’t quite fast enough – although I had a lot of placings.

PEZ: Who has impressed on the UK scene, since your day?
Chris Wreghitt put in a good ride in the amateur Worlds – he was dominant in the UK, but Atkins and I were on the way down by then. Jeff Morris showed a lot of promise but went down with illness. Roger Hammond won seven GB titles – but then Atkins won 13. [Keith’s chat with PEZ was prior to Tom Pidcock’s meteoric rise to the top of the ‘cross world, culminating in Elite silver behind Mathieu Van der Poel, earlier this year, ed.]

PEZ: Do you still follow ‘cross?
I like to see our boys do well – but it’s hard for them to crack the top 20.
[Pidcock has cracked it though, with recent PEZ interviewees Thomas Mein and Cameron Mason also on the up for GB, ed.] The girls have done well, though. I think that our boys are at a disadvantage because they don’t have a good road programme behind them. Look at Neils Albert [Belgian former World Champion at u23 and Elite levels, ed.]; he goes into the ‘crosses off a good road programme. To be competitive on the Continent you have to spend a lot of time over there – Atkins and I were over there a lot. If you really wanted to make it, you’d have to spend the whole winter over there. 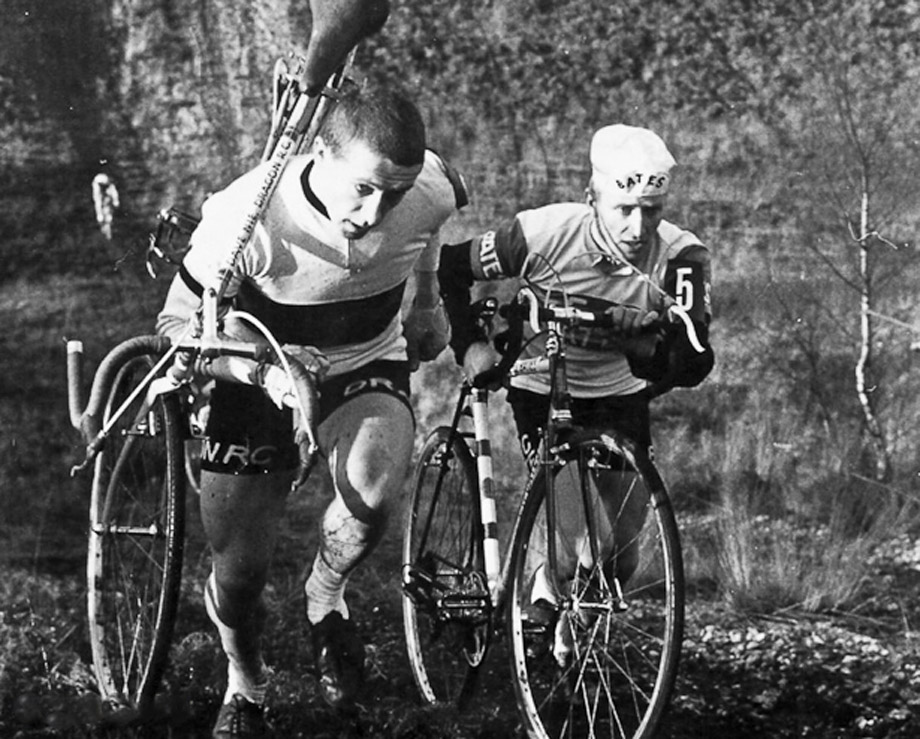 PEZ: What’s your equipment philosophy?
‘What you don’t fit can’t go wrong!’ That was why I rode a single chainring with chain guards – although the Continentals always rode double rings. I didn’t need to, I was a pedaler – when I won the British my top gear was 46 x 14. I rode a variety of tyres – Barums, Kowalits and if it was fast, 8 oz. Dordognes. The equipment now is all so up-market and very light but all the riders have the same equipment so it’s become secondary – it really is still down to who’s the best rider.

PEZ: What’s your advice on training?
As I said, you have to do the road work – but you also have to focus on the technical stuff. Just getting on and off the bike at speed is one of the most important things. Switzerland used to be the place; but now it’s Belgium – if you can cope with the courses. Personally, I didn’t like mud, I used to say; ‘I’m a cyclist, not a runner!’ I remember the ’79 Worlds in Italy; it was a flat, fast course – criterium fast. So they got the fire brigade to water it – then it rained, of course! You could hardly ride any part of it with all the mud. 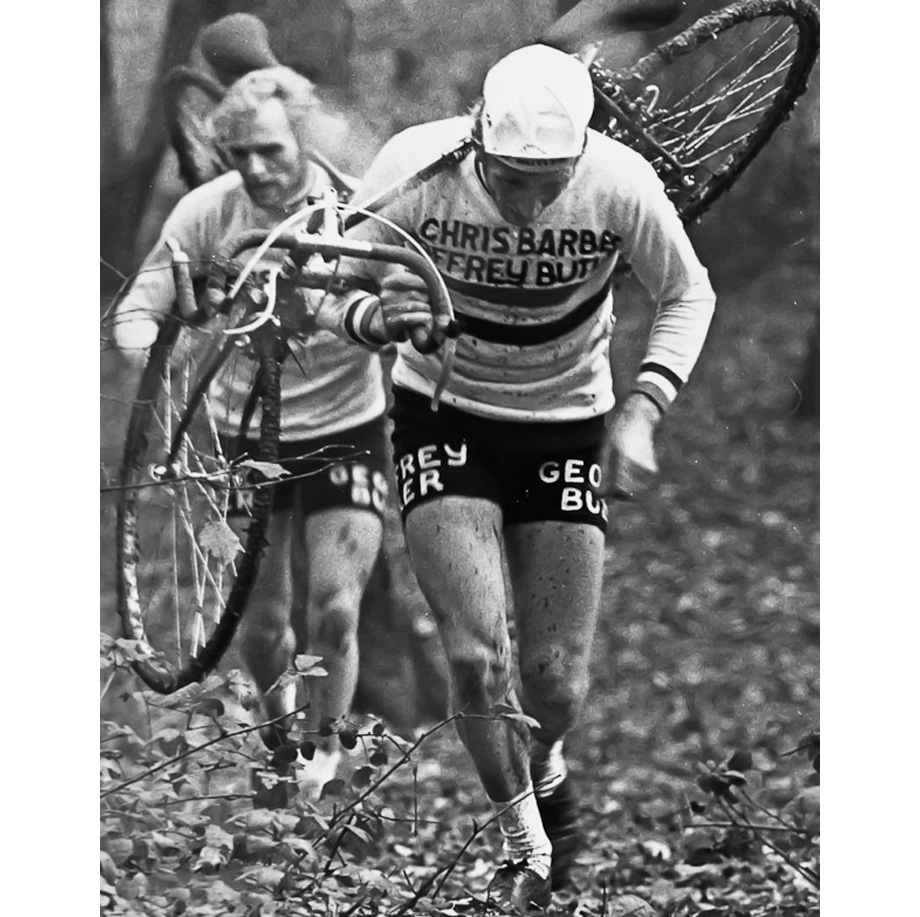 # Thanks to Keith Mernickle for his time and photo collection. # 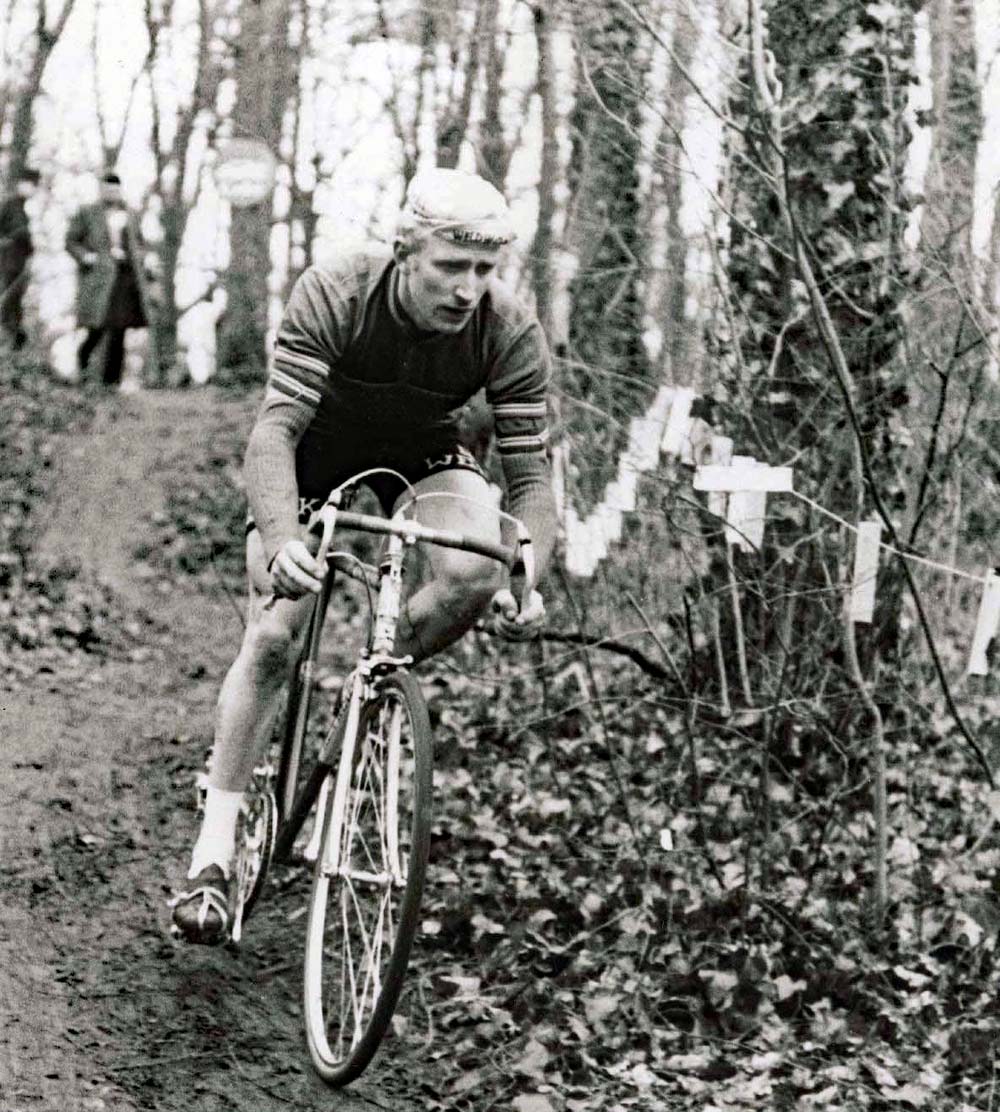