Daniel Oss is a man we’ve been keeping an eye on this season, he was exceptional in support of Bennati in the finale of Milan – Sanremo, grabbed fifth in Gent – Wevelgem and has held good form right through the season. With a win in the recent Giro del Veneto anouncing his arrival at the highest level. The finale in Veneto was rain soaked, technical and dangerous – we opened our interview by asking the tall man from Trento about his first big win.

PEZ: Congratulations on Veneto, Daniel – you had to take risks to win?
Yes, to win the Giro del Veneto we had to take many risks in the finale .. but we did and they paid off. 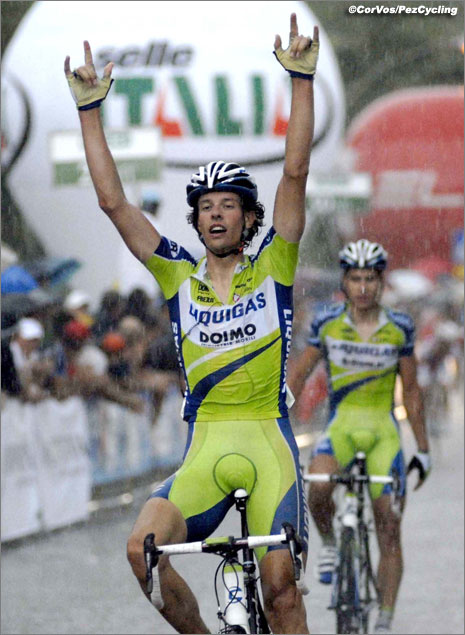 PEZ: You have been racing since you were seven; are you still as enthusiastic as you were back then ?
It began as a game and I really wanted to play. It’s now a passion that has grown and matured over time and now I am so hungry with passion and desire to win that I ride with more enthusiasm than when I was seven years old.

PEZ: You were a track rider; why go to the road ?
I always rode both track and road, but I made a choice – you have to make choices in life – and I preferred the road .

PEZ: Describe yourself as a rider.
Fast, slender; I love to sprint but at the moment I’m good only for leading out those who can win. I have difficulty on the long climbs but I love the Northern Classics and also the San Remo. I’d like to ride the Worlds and the Olympics one day. And I’m a good soldier in long stage races

PEZ: What is your favourite type of race?
The Northern Classics and hard one day races.

PEZ: In the finale at Sanremo you were very strong – is this a race you would like to win some day ?
A Milano – Sanremo win would realize a life’s work, It would be great, a dream and maybe not so impossible. 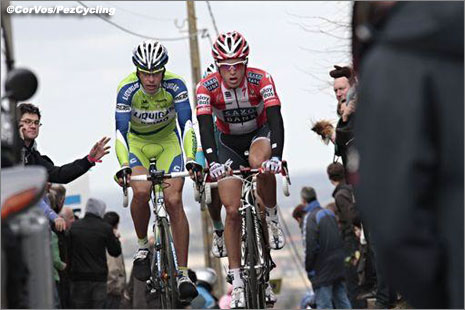 PEZ: Gent – Wevelgem, another good result, do you look forward to the Northern Classics in 2011?
I started my professional career thinking about the classics and I’m working towards improving in them for 2011.

PEZ: You have held form very well from from early in the season until now, how do you achieve this ?
I’ve always been a person and then a rider with a strong sense of duty and work; my family taught me that, they showed by example. I try to always give generously in my efforts, to always be the best. The secret is to find the right balance between rest and work.

PEZ: Have you been confirmed for the Worlds and what will your role be ?
Paolo Bettini will confirm the team on the 14th of September. [The news was of the good variety on the 14th – Oss will be representing Italy at the end o the month in Australia!] 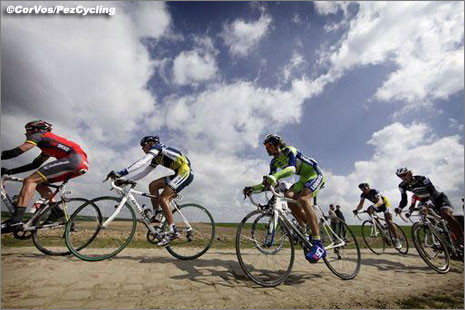 PEZ: How did you celebrate your Veneto win?
With a few beers and some pizza with friends.

PEZ: Tell us about the skull and cross bones logo on your website.
It’s not a skull, within the motif is my name; in the language of my country “oss” means bone. So a tattoo artist friend (www.vertigotrento.com) wanted to do this design for me. It is now on the site and we use it for shirts and other goodies, it’s something I’m building a bit at a time – it’s my little brand.

PEZ: What do you do when you’re not racing and training ?
I love being in the company of friends, listening to music, reading books and I spend a little time on the computer.

PEZ: AC/DC – you’re a big fan, why do like them; have you seen them live?
AC/DC are history, they’re true rock, legendary, how can you not appreciate a group like this? Unfortunately I have never seen them live, but love them, I have cds and they are on my ipod. 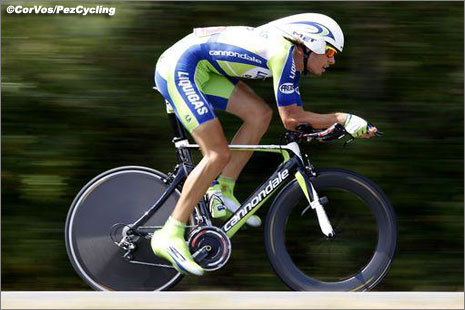 PEZ: Have you spoken to the team about 2011 yet; will you be protected in certain races?
I think next year the team will expect even better results from me in the Northern classics – the rest of the season is yet to be decided.

PEZ: What are your long term goals in the sport?
The most important objective is to be able to make a career as long as my legs will allow me.

Check out Daniel’s website when you get a chance! www.danieloss.it
Like PEZ? Why not subscribe to our weekly newsletter to receive updates and reminders on what's cool in road cycling?