The junior Tour de France? There’s no such thing! No, but in Canada every year there’s the equivalent for juniors – the Tour d’Abitibi. If we tell you that recent winners include Taylor Phinney, David Veilleux and Tyler Farrar that’ll give you an idea of the quality of riders who contest it. And in the past Steve Bauer, Laurent Jalabert, Bobby Julich and Andy Hampsten have all ‘passed this way.’ This year it was New Zealand’s James Oram who took the jersey on stage one and defended it successfully to the end.

We thought we’d have a word with one of the stars of the future – especially since he’s leading the Kiwi junior team at the Worlds.

PEZ: Tell us about the Tour de l’Abitibi, seven stages – was it a big goal for you ?
James Oram: Yes, I always go to races with the ambition of winning.

But to ride into first and second overall on the first stage was perfect.

Especially knowing that both Dion Smith and I were capable of holding our GC spots – we had both ridden Abitibi the previous year so knew the style of racing and when to use our energy most effectively. 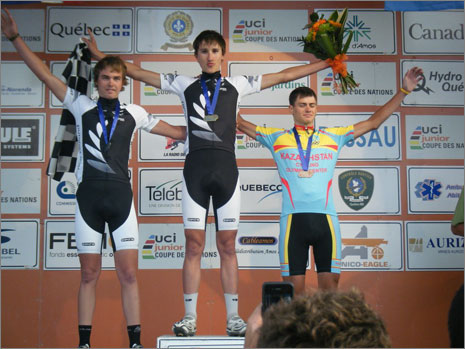 PEZ: You defended the jersey for six stages, after winning stage one ?
JO: Stage one couldn’t have gone better; it gave me a buffer on the TT specialists and that instant high of the yellow jersey has almost a placebo effect.

There were a few moments in the tour where it seemed the jersey was about to slip away, but I can’t thank my New Zealand team mates enough for the way they helped me.

I could not have asked for more; defending yellow is both on and off the road – I wouldn’t be back to our accommodation for a good hour and a half after podium and doping control.

You turn up late to dinner then put pressure on yourself to recover. 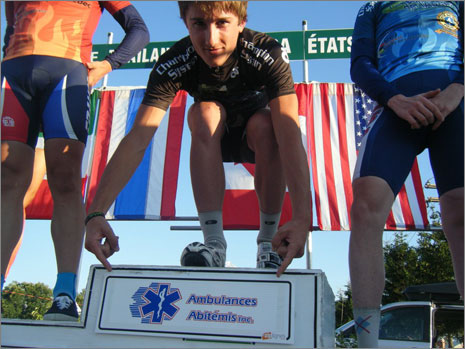 PEZ: How did you get into cycling ?
JO: I started cycling to school when I was eight, as most kids do.

I used to race with my friend to school when I was a little older so we could have more time to play soccer in the morning.

It wasn’t until high school(Westlake Boys High) that I started riding for a school road cycling team and began racing; that’s how I met my coach and a lot of the riders who have encouraged me to go further

PEZ: Who are the riders you admire?
JO: When I started cycling I admired the senior riders at the school, but now at an older age, being at an equal or higher level to them, I don’t look up to them as much, I see them now as good training partners and friends.

I’ve never really been into the Pro-Tour hype of looking up to Armstrong or the Schlecks, but closer to home, watching and then riding against and with riders like Tim Gudsell and Mike Northey has given me riders to admire. 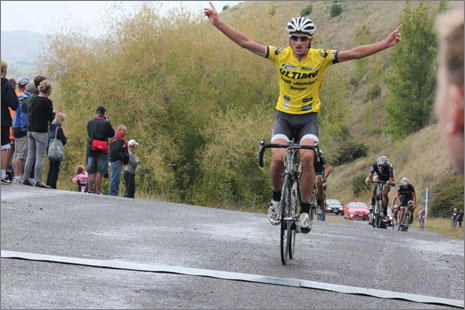 PEZ: Do you have a coach ?
JO: From my first day of school riding I’ve also always looked up to Scott Guyton, an ex-pro who has mentored me and taught me everything I know about racing.

His wife Vanessa is an amazing coach who has for the past few years also guided me in my training.

A lot of riders just get a set programme from their coaches, but I’ve been lucky enough to be taught how to ride and how to know my body; Scott and Vanessa have been a key part of my cycling successes and It’s good to know I can prove the potential they saw in me. 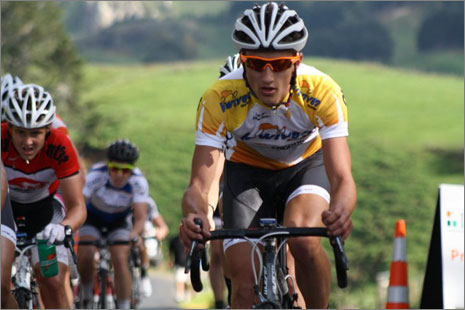 PEZ: Tell us about your training.
JO: As I said above both Scott and Vanessa have taught me how to ride by feel, rather than some computer, which has strengthened me both mentally and physically.

Through summer, or your winter, I mainly do base kilometres to build endurance for the upcoming season.

I’ll still race in the NZ summer but only two to three times a month; I find racing to train is the best method for me, so the majority of my training is base with local club races to test my form.

PEZ: You’re New Zealand U19 tt champion – how competitive is junior cycling in NZ ?
JO: NZ junior cycling has changed dramatically over the past few years, mainly thanks to the riders and national coach Ken Bewley.

It seemed every year we had a core of 3-5 riders who would always race against each other and competed for the win, so the style of racing never changed; however now you still have that core of riders but everyone competes for the win.

There’s always some first year or young rider trying to mix it with that core; It can only mean better riders for NZ in the future. 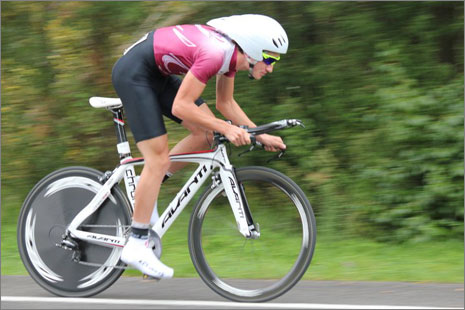 PEZ: Tell us about your involvement with PureBlack Racing.
JO: I currently ride for PureBlack’s development squad, a group of U19 and U23 riders who are all looking for a spot in the pro team.

PureBlack supported me hugely in local races, allowing myself and the other riders to progress towards the next level.

But mainly it’s about creating the right atmosphere; you turn up to races with less pressure and are at an instant advantage, we’re are an all kiwi team, backed by huge cycling brands in NZ like Avanti, Shimano and Peak Fuel.

PEZ: Tell us about your build up for the Junior Worlds.
JO: My Build up for Worlds started a few weeks ago with the Tour of Geelong with PureBlack.

But I crashed out on the second stage and had a suspected fracture of my scaphoid, it wasn’t until a day or so ago that I was given the all clear, otherwise I’d be in a cast and not riding the Worlds.

With an average start to my build up it’s great to know I’m off to Belgium on Thursday to race and train for the three weeks before Worlds with the rest of the NZ junior squad – with nice weather and a few hard races I feel the sensations will be good come Copenhagen.

PEZ: Are you on restricted gears at Abitibi and the Worlds ?
JO: Yes, both of these races are UCI U19 events, so all riders must ride 7.93m which works out to be a gear ratio of 52 x 14 – it sounds small but it’s a nice gear. 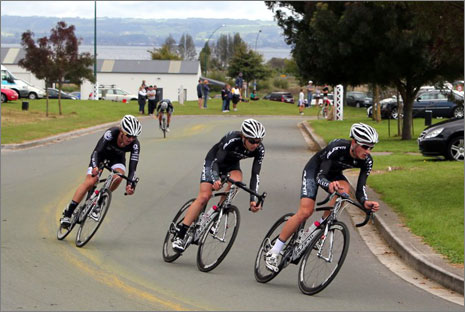 PEZ: Many NZ riders come up the team pursuit route – do you ride the track?
JO: No, I’ve never really been interested in track; I gave it a go once but never raced.

Maybe I would enjoy the racing?

But the closest track is an hour drive away; it does seem that in NZ the only way to go pro is to ride track, but luckily with teams like PureBlack there is another route.

PEZ: It must be quite tough being away from home so much at your age ?
JO: To be honest, that’s one of the best parts about cycling – seeing the world and never not being busy.

Its nice to be home with the family, but all the teams I’ve travelled with are full of great guys so there’s never a dull moment to think of home.

PEZ: How big is cycling to the NZ media ?
JO: Extremely small. We focus too much on the Commonwealth Games and the Olympics.

There are riders getting podiums in pro races and juniors medalling at world champs, but they won’t be seen.

A local site, roadcycling.co.nz, try their very best to keep everyone up to date, which is pretty cool; but you won’t see anything on the TV until London next year. 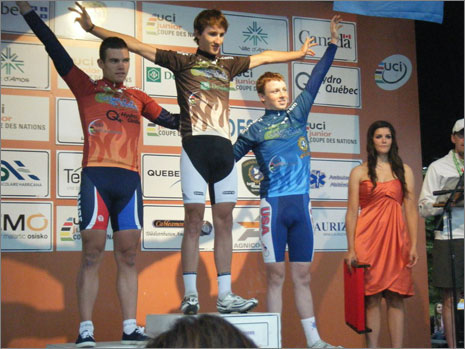 I plan to be riding for a Continental team in either Europe or America.

Riding for the PureBlack pro squad in 2012 is the goal, as I said, they’re a great group of guys and it would feel like a natural progression.

It’s all about finding the right team to allow me take that big step to Pro-Tour level.

Then for the season I hope to have a solid programme – get used to the style of bigger races.

If I can get a few results along the way, it is always nice, but I’m really just focusing on building myself as a rider.

I always ride for the win, whether it be for myself or a teammate.

As I don’t have a race calendar yet I haven’t picked any specific races but I hope to peak later in the season.

***
PEZ will be looking out for him at Copenhagen, next month.