A Rider With A Future: Ben Swift

How do you become a pro? If you’re lucky enough to have some talent and you’re born in England, then you might just end up taking the same road as 20 year-old Ben Swift; he’s won three U23 ‘biggies’ in Italy this season, so we thought we better have a word.

PEZ: Stage 5 of the Giro della Valle d’Aosta, congratulations, Ben.
Ben: Thanks, it was a tough race, the stage I won wasn’t maybe as mountainous as the first four days, but there were still four GPM climbs in it.

It’s a big race in the Italian calendar; Yaroslav Popvych (now Silence-Lotto) has won it twice overall, in the past. 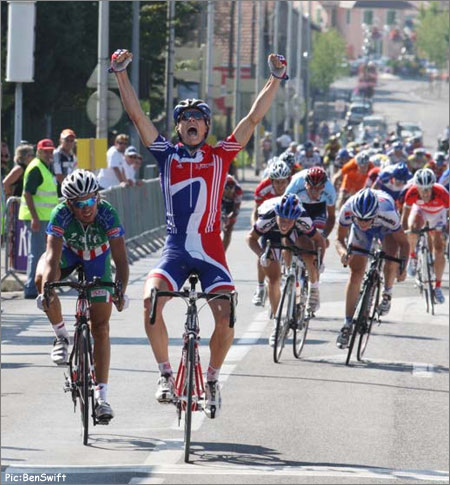 Swift’s win at the Valle d’Aosta certainly has not gone unnoticed.

PEZ: You won the Coppa della Pace and Coppa G Romita too, this season.
Ben: The Pace was down near Rimini; it’s a big race too, Ricco and Basso have won it in the past.

It’s flat for around 50 k then it hits a circuit with a three kilometre hill, there were three guys up the road; I bridged across taking another four with me and at the end, I won the nine man sprint.

Romista was closer to home, it’s not as high up the calendar as the Pace, but it’s still a national level race. 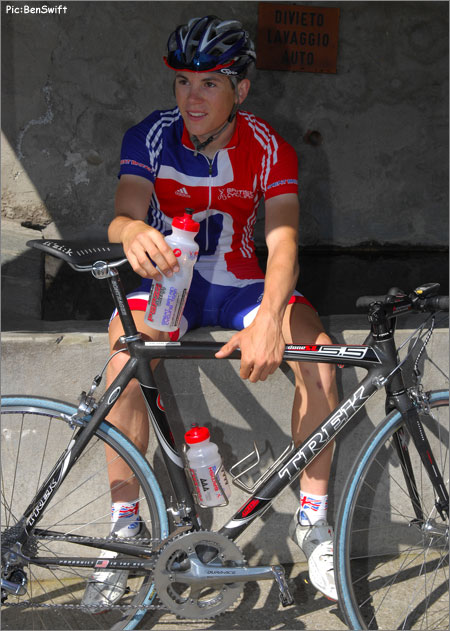 PEZ: Give us a little background.
Ben: I rode my first race on the mountain bike at three (!) and then got into BMX for a few years then I progressed into road racing, then the track.

PEZ: You rode the Olympic road race in Beijing.
Ben: Yeah, they put me in just for experience, I was dropped from the bunch on the climb with two laps to go and I pulled into the pits with one lap to go, but it was great to ride at that level.

The race was very controlled early, but got faster and faster as the day went on, when the Spaniards began to work it became very hard.

The heat was a big factor, I’m used to it with living in Italy, but the humidity was very high, I think that did for a lot of guys.

PEZ: You have a good track pedigree as a junior; do you still have aspirations on the boards?
Ben: Definitely, it’s a big part of my cycling; I want to ride the points and Madison in the Worlds next year.

It’s been good this year, focusing on the road, but I’d like to go back to the track; I think that Cavendish has proved you can do it successfully – he won the Worlds Madison then had a terrific road season.

PEZ: The GB U23 team has a house for the team in Italy, doesn’t it?
Ben: In the winter we stay in Manchester in accommodation, so we can all continue to live together as a team and train on the track, but in the summer we come to Italy – Quarrati, Tuscany.

We do our own cooking and fend for ourselves, it’s not just about cycling; it’s about acquiring life skills, learning to cope on our own.

Our coach, Rod Ellingworth is usually here and our soigneur, Andy Naylor. Other years we’ve had a mechanic here too, but with this being Olympic year, there were demands elsewhere.

Max Sciandri stays near here too. 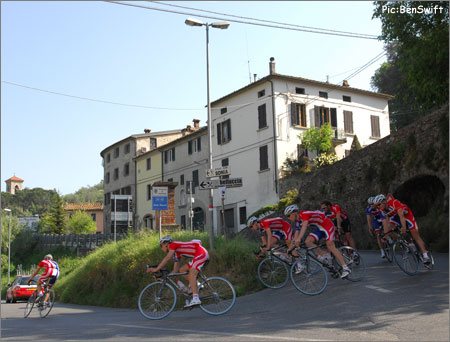 PEZ: Was it tough to start with?
Ben: It’s something I’d been looking forward too, and been nervous about, for a long time.

We were chucked in at the deep end – the Grand Prix Liberazione, which is a big race, but it was a great experience.

PEZ: How do you like Italia?
Ben: It’s very relaxed and friendly; we’ve had the house for three years now; so the locals know us and what we’re about.

PEZ: Are there still a lot of East Europeans racing in Italy.
Ben: Yeah, Russians and Ukrainians, it makes for hard racing, but it’s good because when it comes to the Worlds, you know who’s who. 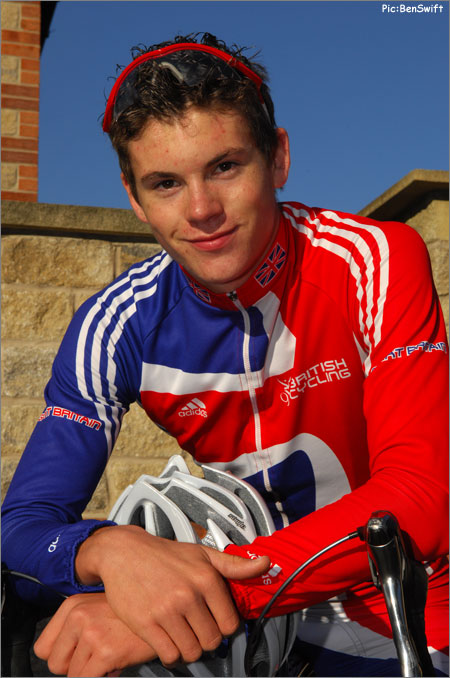 PEZ: Are there good Italian teams locally?
Ben: Luca Scinto, the ex-pro runs a team locally and there’s a Tinkoff feeder team not far away.

The thing about it is that every region has good teams and they all know how to ride as teams, it makes for interesting races.

PEZ: Are drugs a problem?
Ben: There’s the odd ‘positive,’ but the worst form of cheating is guys hanging on to cars, you see it all the time and it’s really annoying – especially if they beat you at the end!

PEZ: Ex-pro Max Scandri has a lot to do with the set up?
Ben: Yeah, we see him every day, he’s out on his bike virtually every day and he’s still in good shape.

He managed us at Aosta; it’s great to have someone with his experience and knowledge in the team car.

PEZ: You stagiaired with Barloworld last year?
Ben: I was hoping it would become a team place, we talked about it, but a lot can happen with these situations.

It was a fantastic experience though, what I’ve wanted to do all of my life.

PEZ: Are there any irons in the fire, this year?
Ben: We’ve had talks with teams, yes.

I’d want to do the track, but that seems to be a lot less of a hurdle than it was since GB had all the success at the Olympics – I think the pro teams can see marketing value in the track, now.

Not bad for a 20 year-old, but he has been racing for 17 years! Thank you for your time, Ben and all the best in the Tour of Britain and at Varese.

Toolbox: The Power of Cyclotherapy