It’s that time of year when Vik is glued to the Belgian web pages looking for the new names – here’s one that’s easy to remember; Englishman, Llewellyn Kinch. And he’s winning in the Heartland.

PEZ: Tell us about your name, please.
Llewellyn Kinch: Well I’ve got some Welsh in me so basically my parents used that as an excuse because they liked the name.

It generally means if anyone asks my name I follow it with ‘and no I’m not Welsh’ or ‘yes, like Laurence Llewellyn Bowen’, before they have a chance to ask. 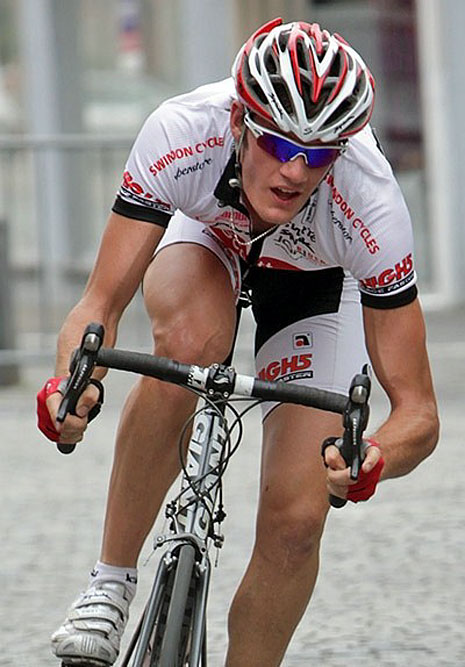 PEZ: Did you race much in the UK before heading for the Heartland ?
LK: I did my first couple of races in 2007, having been given a bike for my 16th birthday.

I was intending to do a bit more the next season but in April I managed to snowboard into a pretty large sign and wrapped my leg around one of its posts.

I snapped my tibia and fibula so that was that season over.

I raced my first full season in 2009 with GWR team and have continued to race with them until this year.

They are a team aiming to develop UK riders and give them experience racing abroad, as they did for me.

I won a few University National Track and Time Trial Championships in the UK but not that much else. 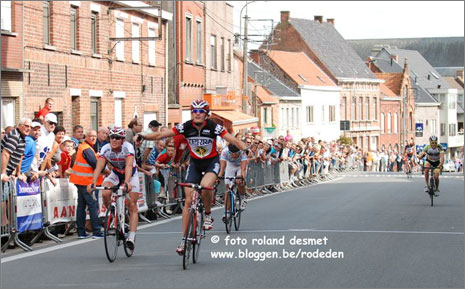 PEZ: What’s a Cambridge University student doing racing in Flanders ? and why Belgium, not France ?
LK: Well I graduated this June and GWR Team had formed a link with Terra Footwear-Bicycle line, so I came to Belgium to race with Terra this summer.

I also spent a couple of weeks racing here last season, so knew it was the best place to be.

It was really difficult fitting enough training in at the same time as studying hard for my degree.

Next year, without having to study as well as train, I’ll be a lot stronger and hopefully have much better results!

PEZ: How did you get set up with a club?
LK: I was originally put in touch with GWR team through some guys at a local club, when they decided I’d got a bit too strong to be coming on their Sunday run.

I’ve raced with GWR since then and they provided the link so that I could ride for Terra this year and hopefully eventually progress to be a pro now my degree is over.

PEZ: Does the club look after you – bike, jersey, bonuses ?
LK: GWR team provide a bike and all my kit as well as support at bigger races.

Terra also looked after me brilliantly in all the races I’ve done with them this year.

They had an excellent team to look after us during and after racing at the Fleche Du Sud. 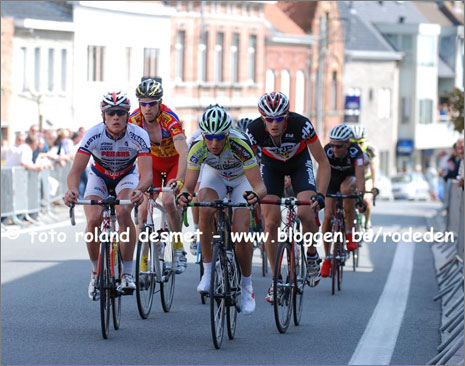 PEZ: Why didn’t you go down the Kingsnorth route ?
LK: I was never really aware of it to be honest.

PEZ: What’s your set up in Belgium – with a family or in an apartment ?
LK: We’ve only been out here for a month this summer and Andrew, the directeur sportif for Terra, managed to sort us out a place for most of that.

Team-mate Dave and I did end up in a hostel for the first week though.

PEZ: How long did it take to settle in ?
LK: Once we were in the place Andrew sorted it was great.

The hostel, however, was another matter – there was no kitchen, so we became pretty expert at preparing pasta and couscous dishes using only a kettle! 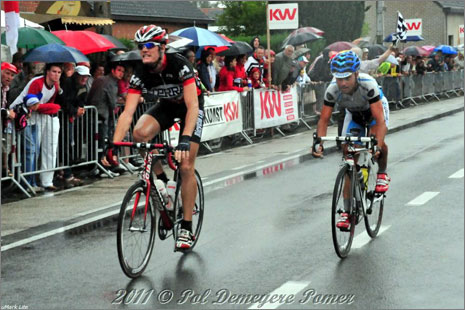 PEZ: Tell us about your palmares, this year.
LK: 7th in the Tesco Rutland-Melton International Cicle Classic (UK/UCI 1.2).

I was really pleased with this result as it’s a great race; I hope to come back far stronger for it next year.

Was pretty pleased with how I went in that race considering my finals finished the day before and I’d spent a ridiculous amount of time in the library since the end of March.

I’ve also had 2 wins, a third and four fourth places in Belgian Kermesses this season.

Not too bad seeing as I’ve only ridden 13.

PEZ: Do you come up against the ‘Kermis Kings’ – Bracke, Smet and Willems – what do you think of them ?
LK: I’ve certainly raced against Smet a fair bit. He seems like a nice bloke and congratulated me on my wins when I saw him at races.

He is so strong and just always seems to get in the winning move, somehow or other. 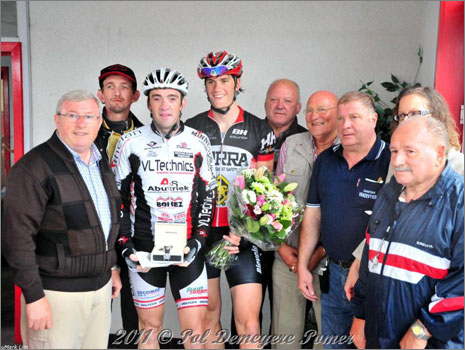 PEZ: And do you run up against the ‘combines’ much ?
LK: I haven’t noticed particularly, I try to make sure I don’t get on anybody’s bad side though – just in case.

PEZ: Take us through a typical week.
At the moment….train, race, eat, sleep.

In the first one my rear aluminium dropout pulled out of the frame and in the second I got a double puncture and snapped my chain.

It was not a great start.

Generally it’s not too bad; Andrew deciding to take us on the last 100km of the Tour of Flanders route last week was far worse!

PEZ: What do you do in your ‘down’ time ?
LK: I’ve been trying to learn French and Flemish.

As well as that I just keep up to date with mates at home and make sure my bike is clean and working.

PEZ: Have you let British Cycling know about your results?
LK: I write a race report for each race and send it into the GWR Team Manager for the website (gwrteam.com) so he gets the results sent to BC for us.

It’s really annoying that the points from foreign races don’t count towards your national ranking though. 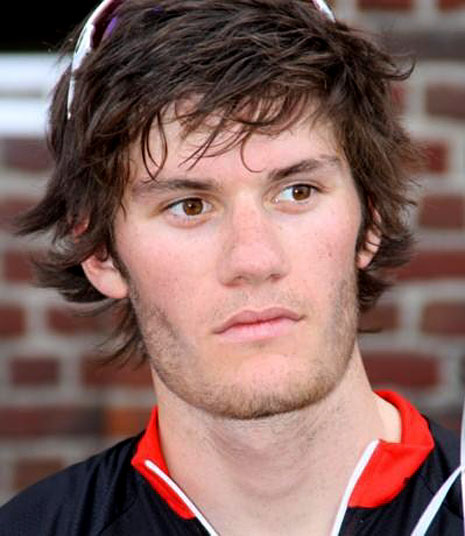 PEZ: Does a pro contract figure in your goals ?
LK: Well, GWR’s aim is to develop young UK riders and provide a platform for them to race abroad and hopefully get a contract at a later date.

So yes, hopefully it will happen.

I intend to ride full-time next year and I think I’ll improve a huge amount without a Cambridge degree and student night-life to balance my training with.

PEZ: Have you managed to keep off the frites ?
LK: Yes, although chocolate waffles have been a bit more of a struggle. One that I haven’t been winning!