Endura Racing’s Alex Wetterhall gives us the second installment of how his Tour of San Luis went. We cover long breakaways, damn hot days and – facial hair. Over to Alex.

PEZ: Marco Arrigada, Chile wins on GC – a surprise ?
Alex Wetterhall: Maybe a surprise for me, but those guys has been racing for a long time already. And the way he rode and attacked at the sixth stage – he’s worth it!

PEZ: Tondo collapsed on stage six.
AW: He crashed at the top of the last climb, tired with the heat like me and a lot of other guys in the pack. 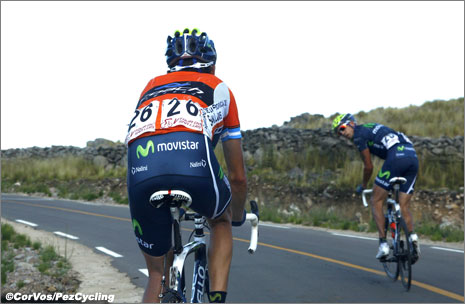 Xavier Tondo suffered one of the most spectacular bonks by a race leader in recent memory in Stage 6.

PEZ: Tell us about your ‘big adventure’ on stage six.
AW: I had great legs from the time trial and I got in a break that went right from the start, we had a pretty good tempo all the way to the final climb. We had about two minutes there but the break exploded at the bottom and we where six riders left out of 13. With four kilometres to go we were only four; Me (Endura Racing), Cristiano Salerno (Liquigas – Cannondale), Leandro Messineo (Team Argentina) and Adrian Palomares (Andalucia). But then Messineo attacked and split us – it was more or less each man for himself up to the finish.

I had the third place for a long time but I blew with one kilometre to go. It was so steep and I just couldn’t go any faster – Palomares came past me. Messineo won with Salerna second and Palomares got third; I crossed the line at the top of Mirador del Sol as fourth. 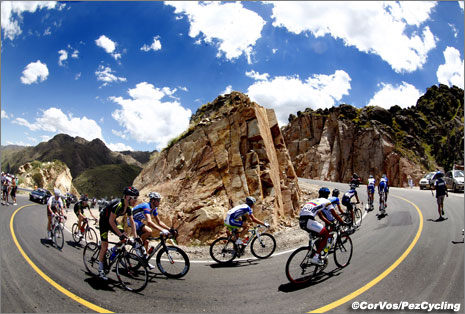 PEZ: The Mirador del Sol sounded brutal.
AW: Yes, some parts where very, very steep and then the heat, the 160km breakaway – and to be hunted down at the top.

PEZ: A good ride from Maarten De Jonge from your team, on stage six.
AW: Actually we had two guys in that break. Both Maarten de Jonge and Rob Partridge but Rob punctured after the first big cat.1 climb and didn’t get help fast enough from the neutral service. But Maarten had a very good day to finish in 7th place. Maarten went very well, as did the rest of the team, at both the camp in Girona and now in San Luis. 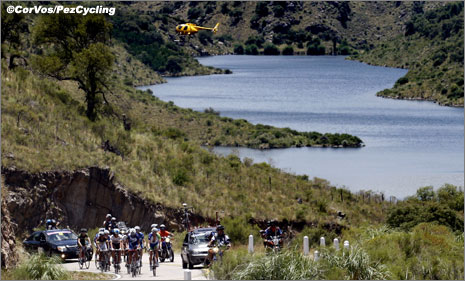 PEZ: The South American teams were very strong.
AW: Yes, like I said before. We had our first race at Tour de San Luis but the South Americans have been racing for long time; they’ve got the racing speed and endurance.

PEZ: Basso was low key.
AW: Basso did a good job for his team and was the PR star of the race.

PEZ: How were the crowds ?
AW: Great! There was a good mood every day!

PEZ: The weather ?
AW: Almost too good, 32-38deg in the shade every stage. I emptied SIS bottle after SIS bottle just to get myself hydrated and even though the Endura Equipe jerseys are very thin I had mine unzipped a few times.

PEZ: The roads? Some stages looked very barren.
AW: Some stages were on the highways and it almost felt like I was doing Tour of Qatar. But some of them were up in the mountains, wide smooth roads – and then we did a few nice laps around a lake which was very beautiful. 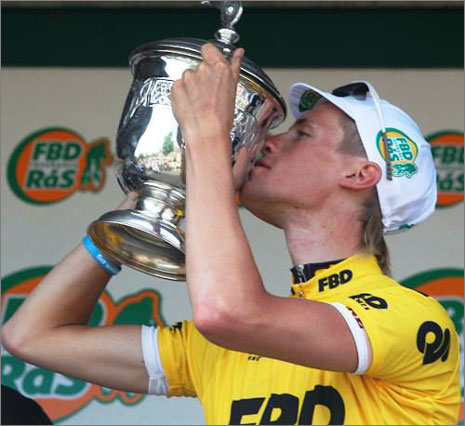 Wetterhall gives a kiss to his FBD Ras trophy.

PEZ: Is it a race you’d like to ride again ?
AW: Yes, it is. It’s great to start racing early – and I wanted to be prepared to race early.

PEZ: Is Endura Racing happy with San Luis went ?
AW: Yes they are. And we did a good race as a team, especially for the first race together – and the first race of the season, we have to be happy.

PEZ: Jose Serpa, Androni-Giocattoli was second on GC – what about that moustache ?
AW: That moustache can climb!