Rider Interview: After a long professional career and many teams, Matt Brammeier has decided to hang up his wheels and move behind the scenes to tutor the U23 Men’s Endurance Academy at British Cycling. Ed Hood caught up with the Irish multi National champion to talk past, present and future. 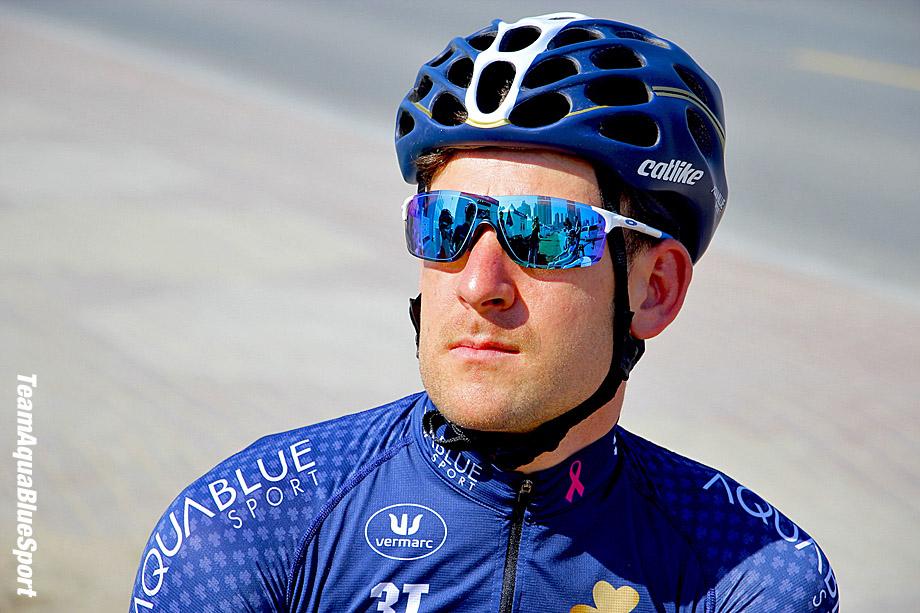 The end of an era for sure – no big Matt Brammeier in the pro peloton anymore? It seems like he’s been around forever, but is actually only 33 years-old. We couldn’t let that pass without taking a wander through his long and varied career; GB junior and u23 champion then a change of nationality thanks to Irish grandparents which brought four consecutive Irish Elite Road Titles against men like Nico Roche, Dan Martin and Phillip Deignan. And what about his days as a u23 six day man with none other than ‘Cav’?

Read on; but not if you like bland, politically correct interviews. . .

PEZ: 2003, you won the GB National u23 road race, was that the first time you began to think you could ‘make it’ in this sport?
Matt Brammeier: It’s hard to say, honestly back then I think I was still just having fun and enjoying riding my bike. I trained hard, but not because I purely wanted to get better – more so because I just loved riding my bike. 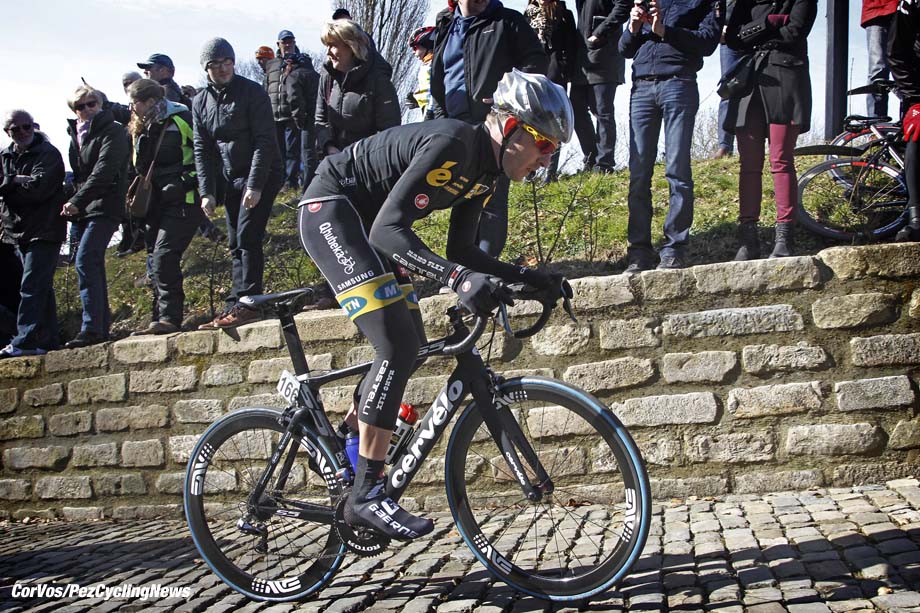 PEZ: 2004, you won the u23 Dortmund Six day with a certain Mark Cavendish, what are your memories of that?
The six days where a great opportunity, we were thrown in at the deep end there and it really taught us quickly how to race our bikes. We had a proper laugh at the six days even though they were stupidly hard. It made it better when we finally managed to win one.

PEZ: 2005, a stage win in the tough old Girvan Three Day in Scotland – was that the ride which got you a start with DFL for 2006?
I think that was one of my first senior wins, riding for the academy. It maybe gave me that chance but honestly I just knew someone who had a contact at the team.

PEZ: What was DFL like for you?
A nightmare, when I look back on that year it was honestly the worst of my career. The team was a shambles and the management were crooks. It did however toughen me up pretty quickly and I believe played a big part in my career and made me a lot more resilient than I was before. 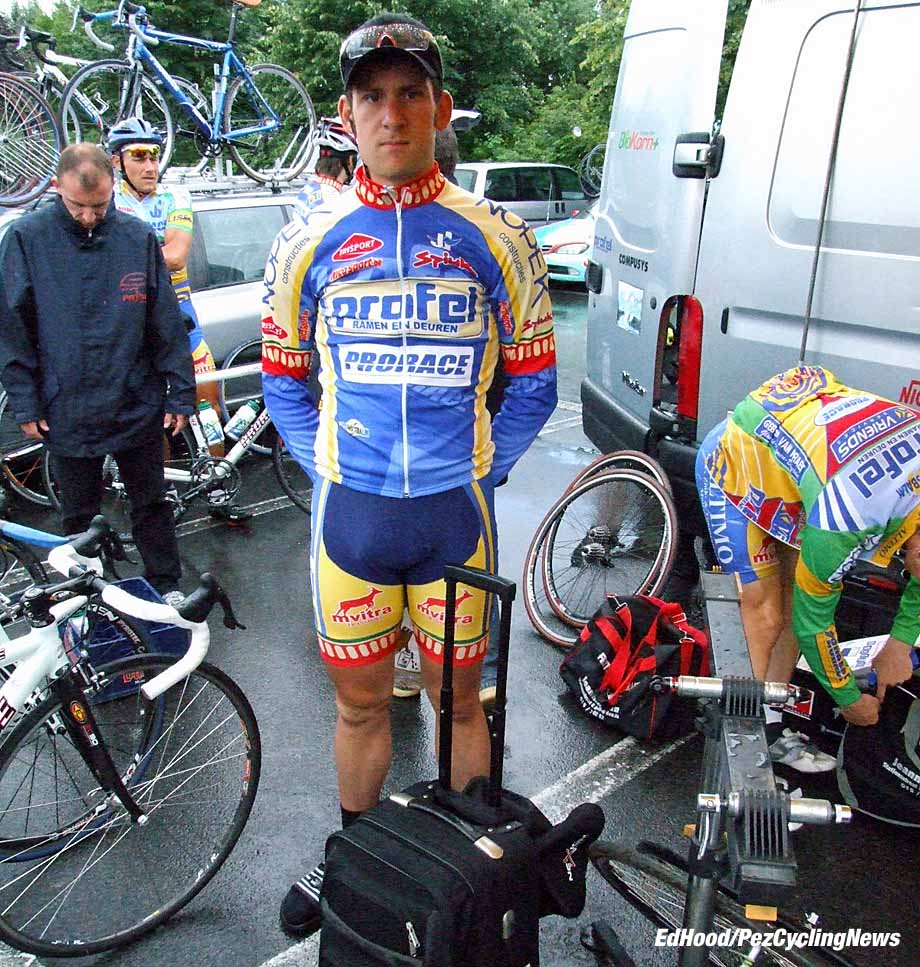 PEZ: 2007/08 Profel, how did you get that ride?
Again, a friend of a friend (Tim Harris). I didn’t really have any good results with DFL bar a couple of kermis results, but Profel took me under their wing and I loved every minute. I owe a lot to those guys, they looked after me through thick and thin and never let me down. 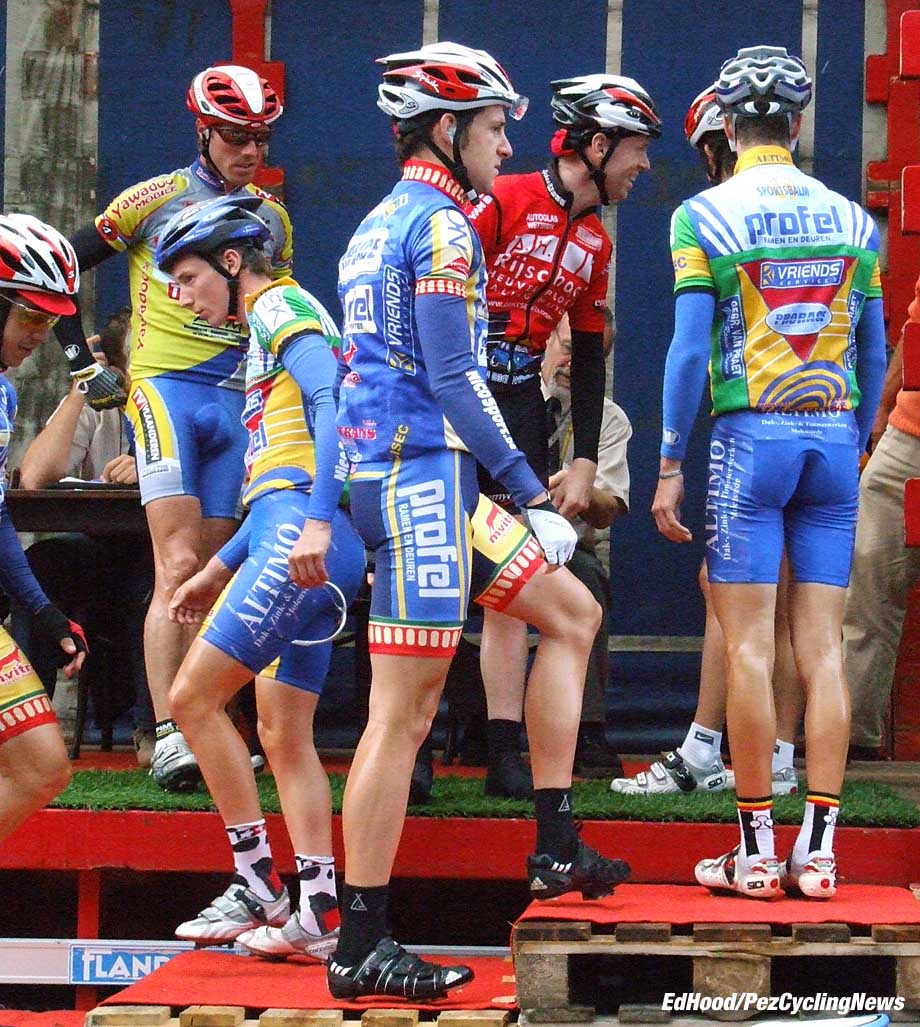 PEZ: You had some nice results with them, winning the GB u23 TT and going well in the kermises. . .
Yes, I had a good couple of years, even after getting ran over. [Brammeier was involved in an accident in November 2007, when he was struck by a cement lorry whilst out training. He broke both his legs but returned to cycling retaining his contract with Profel in Belgium. ed.] It’s obvious why, I was enjoying myself and having a laugh. Happy bike racers win bike races, sounds corny but it’s bloody true. 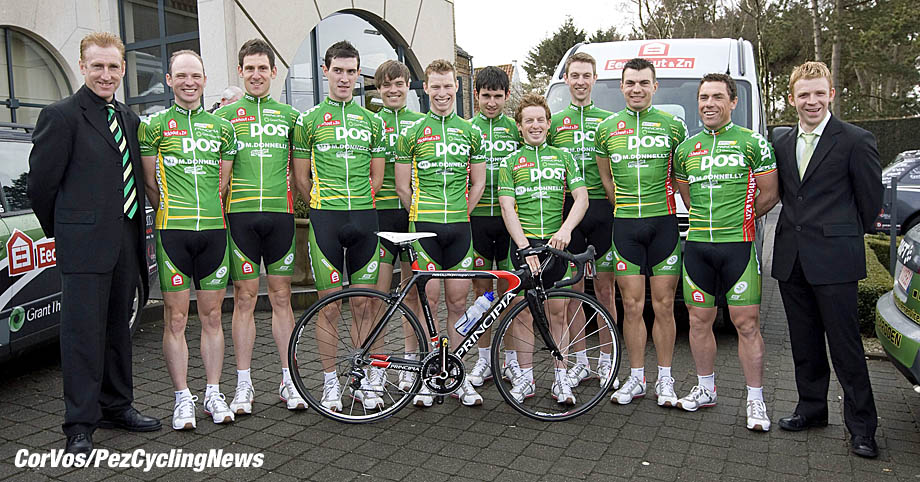 PEZ: 2009 and AN Post – the programme looked very good.
AN Post was a big step for me, into the pond with the big boys but also chances to race with riders my age in smaller races. Again it was difficult, Kurt [Bogaerts, AN Post DS, ed.] was pretty hard on us but again I learnt a lot and I’m thankful for that opportunity.

PEZ: 2010 still with the Irish Post Office and you won the Irish National Champs and rode a very solid Worlds – almost eliminating the peloton, as I recall?
Yes, I think this was definitely the year and result that defined my career, this is the hardest part of cycling. Getting your foot on the ladder. I had a good Nationals and then some good results after before I was offered the ride at HTC. The Worlds was pretty special, we came close but it wasn’t to be. I always joke with people that I ‘almost won the worlds’ funny because I wasn’t that far off. [Brammeier and his break away companions were so far ahead of the peloton that they almost caught the main bunch as the break neared the finish of their first lap of the race circuit just as the peloton came in off the opening ‘dog leg’ – if they had caught them then, under UCi rules the peloton should be eliminated, ed.] 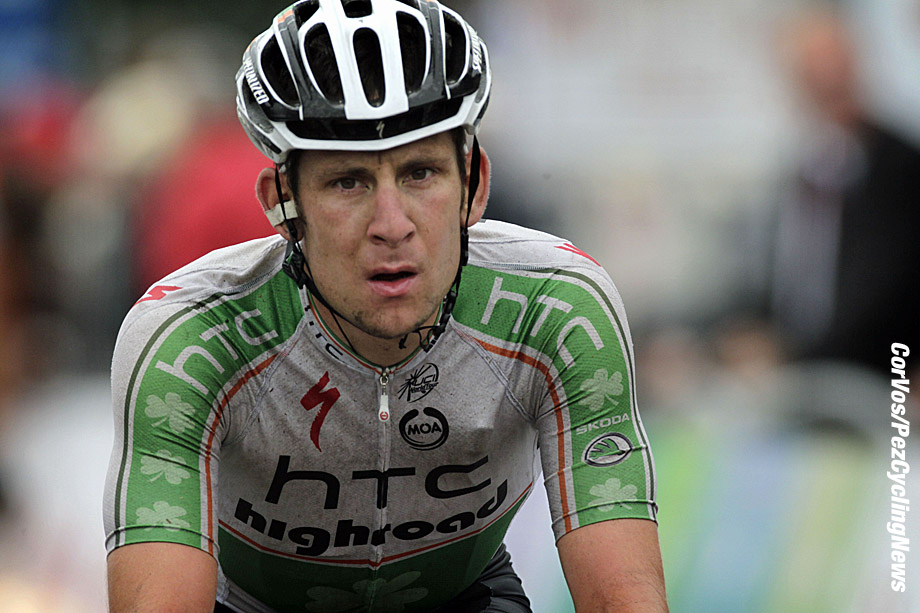 PEZ: 2011, HTC, the Irish road and TT title and a massive programme from Qatar to Paris-Tours.
It was probably the best year of my career, from slumming it in Belgium earning €250 a month to a proper pro salary at the best team in the world. We had so much fun that year and never really took ourselves too seriously. 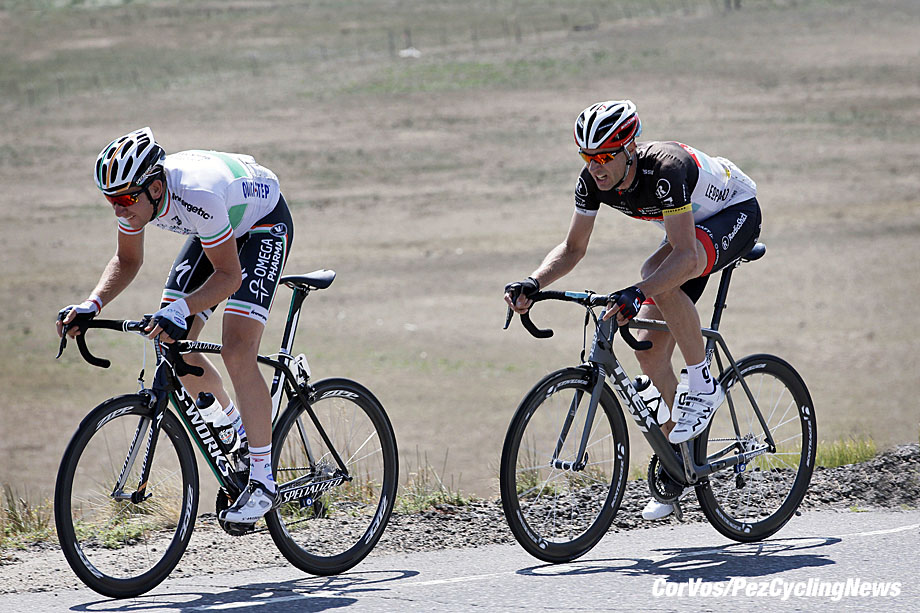 PEZ: 2012, Omega and the best team in the world, what was that like?
I’d disagree, HTC in my opinion was the best team of our time. Quick-Step was cool but was a little bit too ‘Belgian’ for my liking. . . 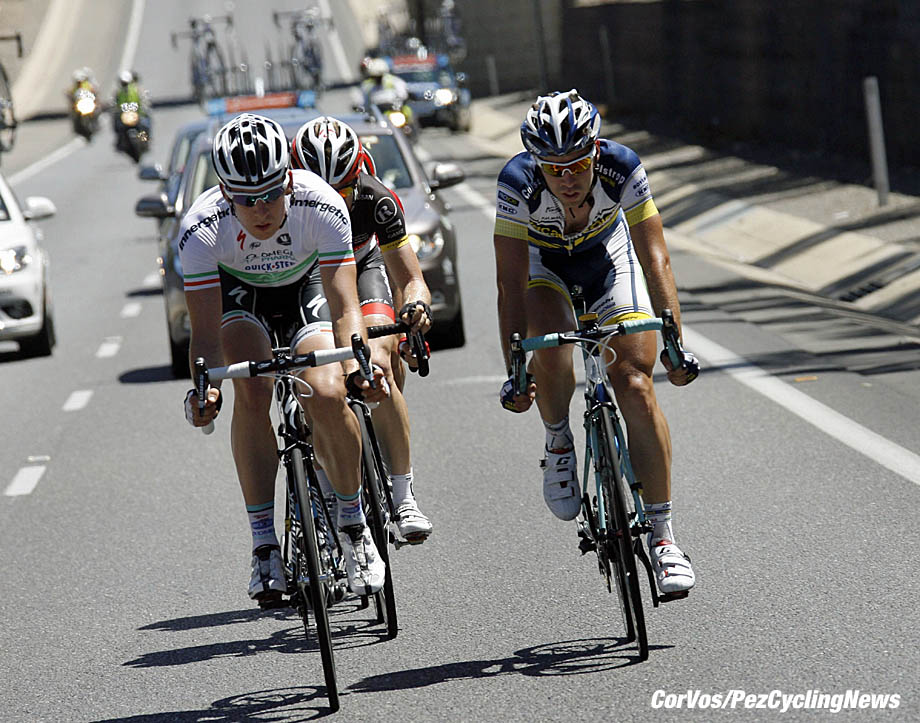 PEZ: And your third National title on the trot – that must have been special?
This one was special, I had a bit of a point to prove after not being selected for the Olympic Games. It’s one of my biggest disappointments in my career. I should have been there and the whole country knew it. I just wasn’t Irish enough for a place in that race – I never forgot that. 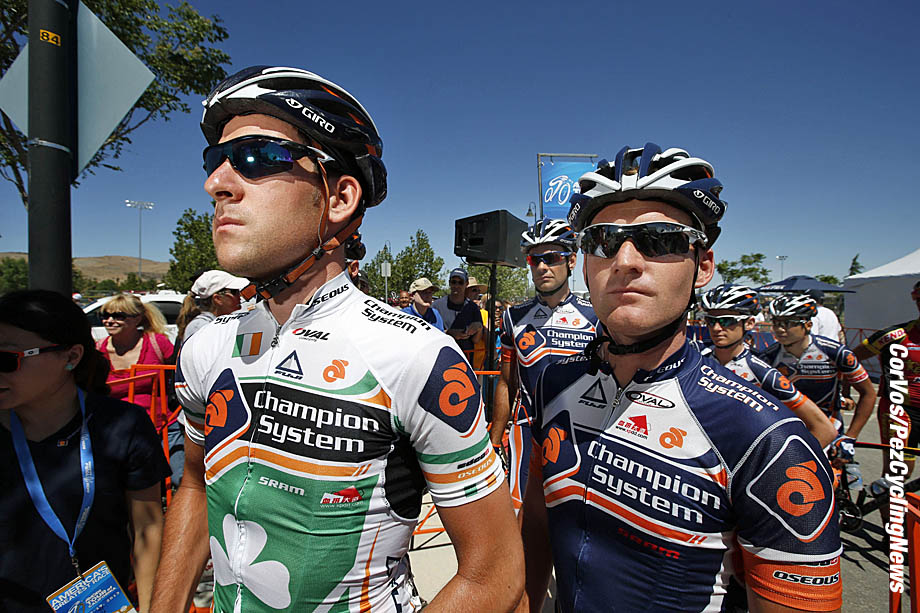 PEZ: 2013, Champion Systems, ANOTHER national title but that team folded – that must have been a big disappointment?
It sure was, after I’d been through it all before. It was even worse this year as it was so late in the winter when we got the news. Although I loved that year in that team. I got too see so many amazing places and met some great people and experienced different cultures. Actually it’s probably the best race program I ever had – it was mega. 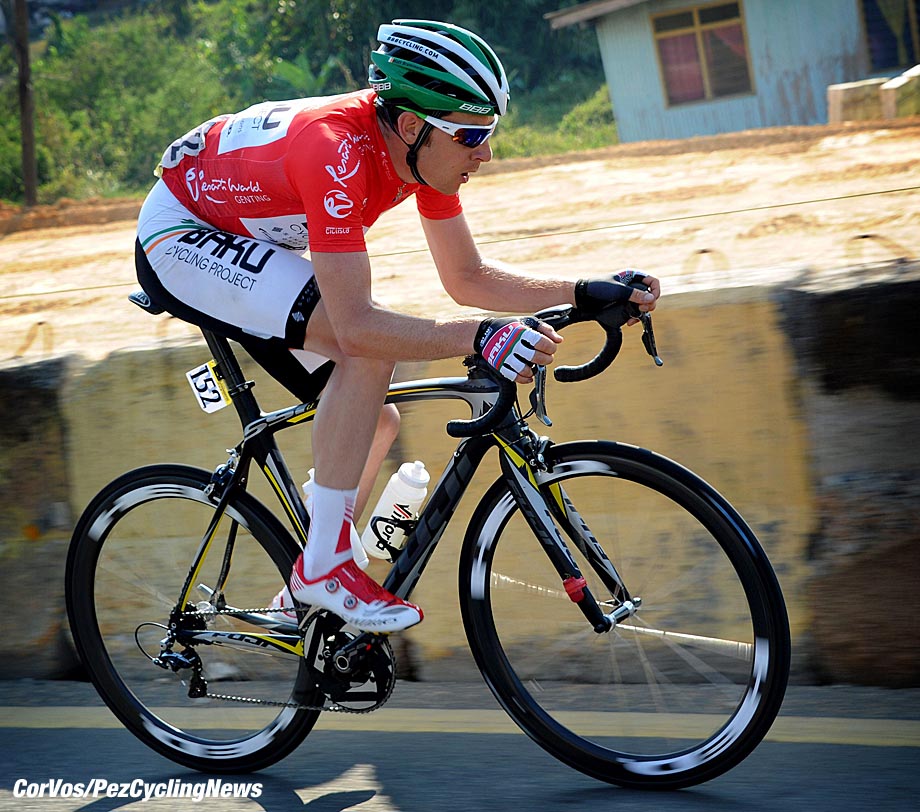 PEZ: 2014, Synergy and your fifth team in five seasons – all those moves must have been stressful?
It wasn’t great, I’ll give you that. But I didn’t grumble too much, I was being paid well to ride my bike and I was having a laugh. 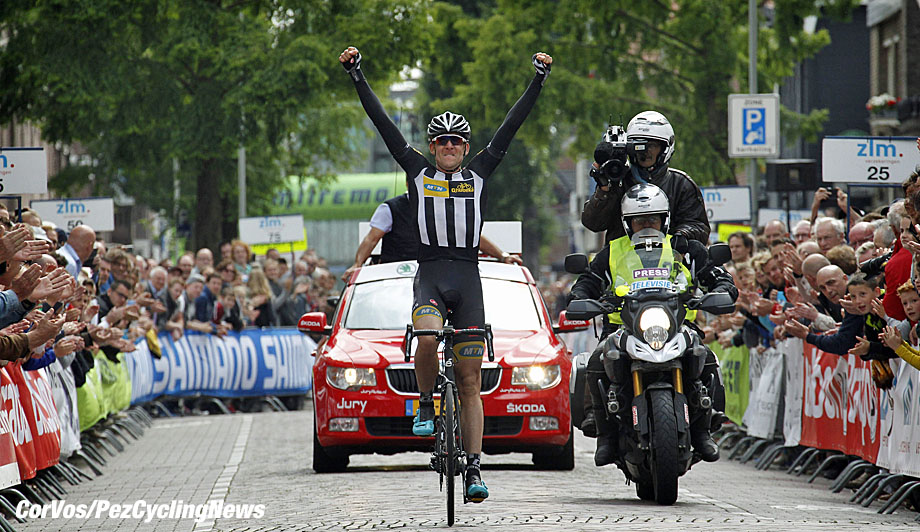 PEZ: 2015, MTN and a stage win the ZLM, that must have been satisfying?
It sure was, I had a great time with MTN and that win was pretty cool. Even though I still say it was at the worst race in the world! I hated that race and still do. 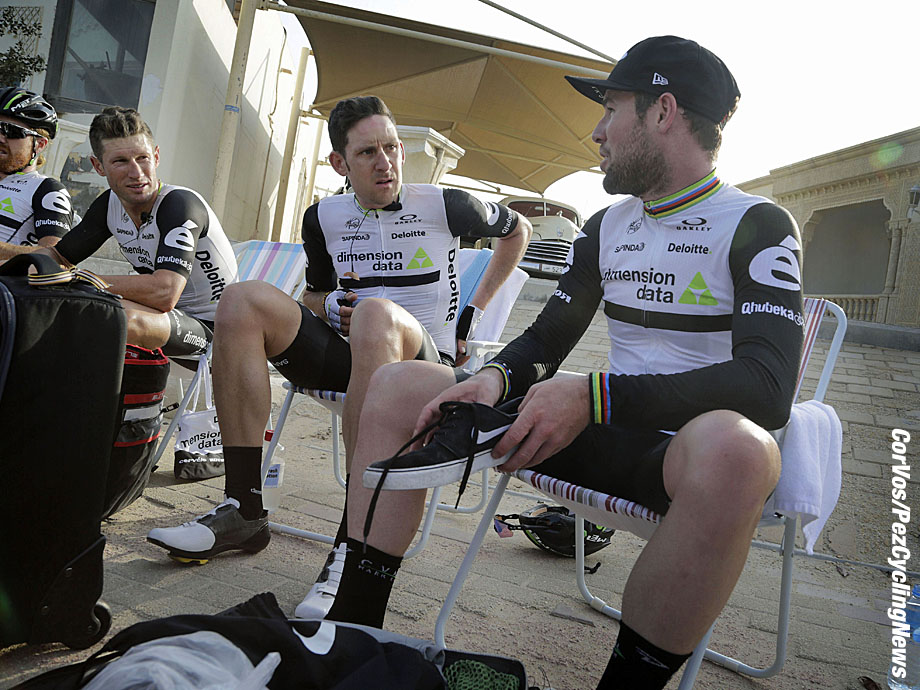 PEZ: 2016, Dimension Data – reunited with Cav – was it emotional?
Haha, emotional? No! He was a pain in the arse, the lad has too much energy and gets annoying pretty fast! 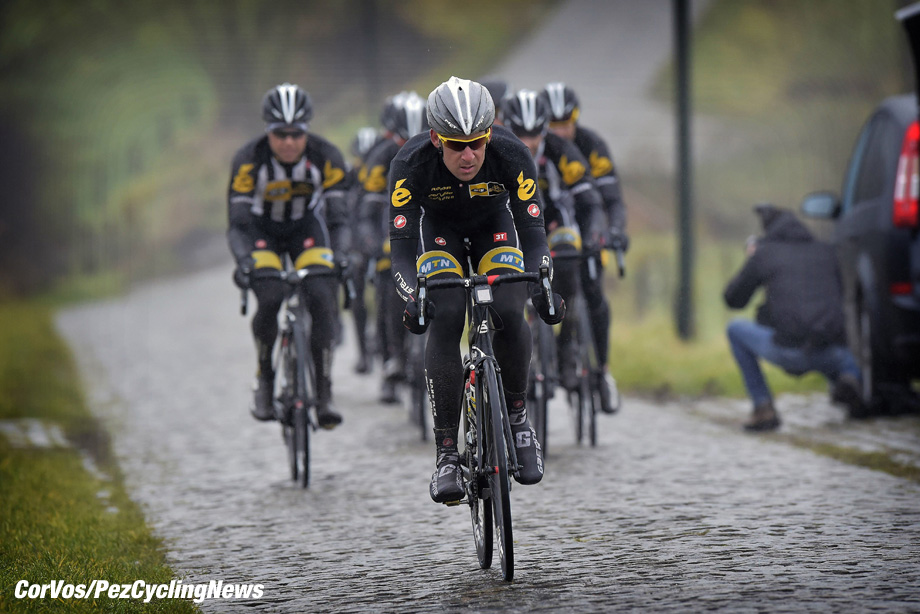 PEZ: 2017, Aqua Blue, was there much difference in your programme stepping down a division?
Yes, 100%. The race program I had was good, but was nowhere near what I was used to the previous years. 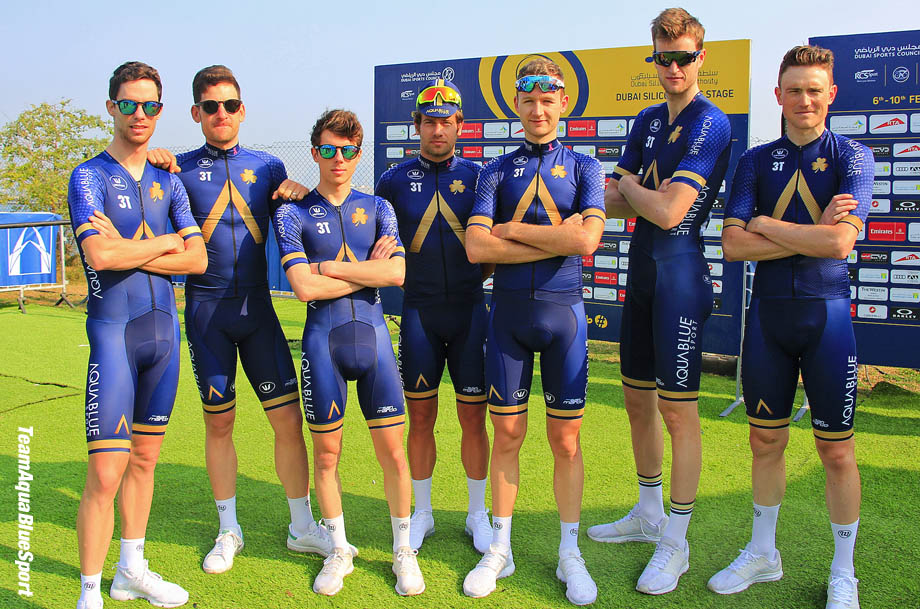 PEZ: 2018, Aqua Blue, why quit now?
MB: Life’s too short to spend your days doing something you don’t enjoy. It took a bit of time to sink in, but eventually I had a bit of an epiphany. I started to ask myself what I was doing racing into corners and fighting with kids 10 years younger than me. Everyone gets to that stage and my time is now. I didn’t want to spend another six months banging my head against a wall for no reason.

PEZ: You were a pro for a long time, longer than most – what were the biggest changes you witnessed?
You get riders are coming into the sport at a much higher level. It’s a good thing as it’s really refreshing to see new pros wining bike races – however it will be interesting to see how long these kids careers last and if they burn there matches too early.

PEZ: Which were your darkest days?
I know it’s not related at all, but seeing Nikki (my wife) crash a couple of seasons ago. She was in a pretty bad way and it was horrible to see. Thankfully she made a 100% recovery but at the time it was pretty dark. [Matt’s wife, Nikki has been one of the most successful British riders of her generation, particularly in cyclo-cross where she’s been British champion and had multiple excellent results on the continent, ed.] 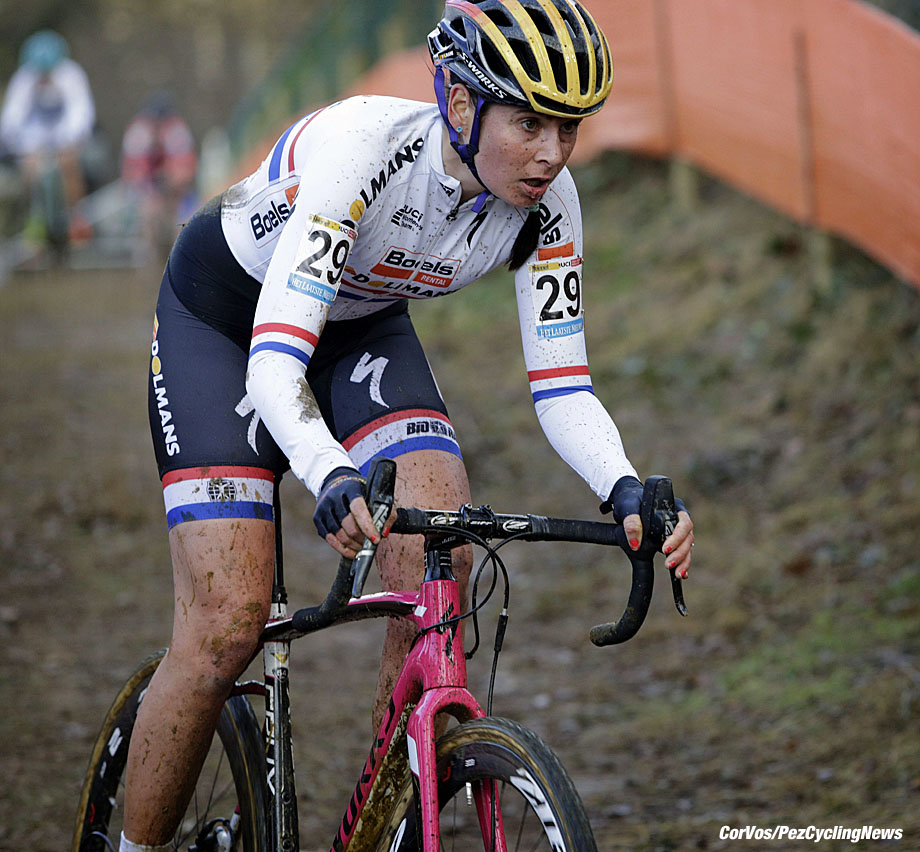 PEZ: And the best?
Probably winning my first Nationals, that was pretty special and I knew it was a big step in my career. It was also a pretty mega moment when Cav won in Copenhagen!

PEZ: Tell us about your new role and how you came to get it.
I’ll be taking over the U23 Men’s Endurance Academy at British Cycling and co-ordinating the Elite road program. Of course I started out with GB at the Academy so it’s a nice story to come full circle. There’s so much potential both in the U23 and elite team and I can’t wait to get started and share my passion and experience with all of the riders I’ll work with. 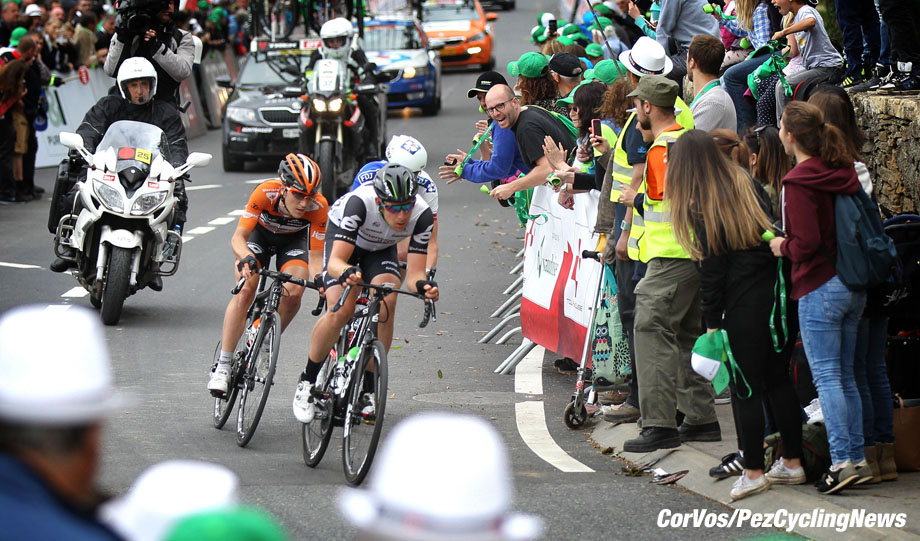 PEZ: And if you could do it all over again, what would you do differently?
Not much to be honest, I don’t really look back that much. I believe all of the moments in our lives happen for a reason and go to shape us as people. Good times and bad they all make us who we are. 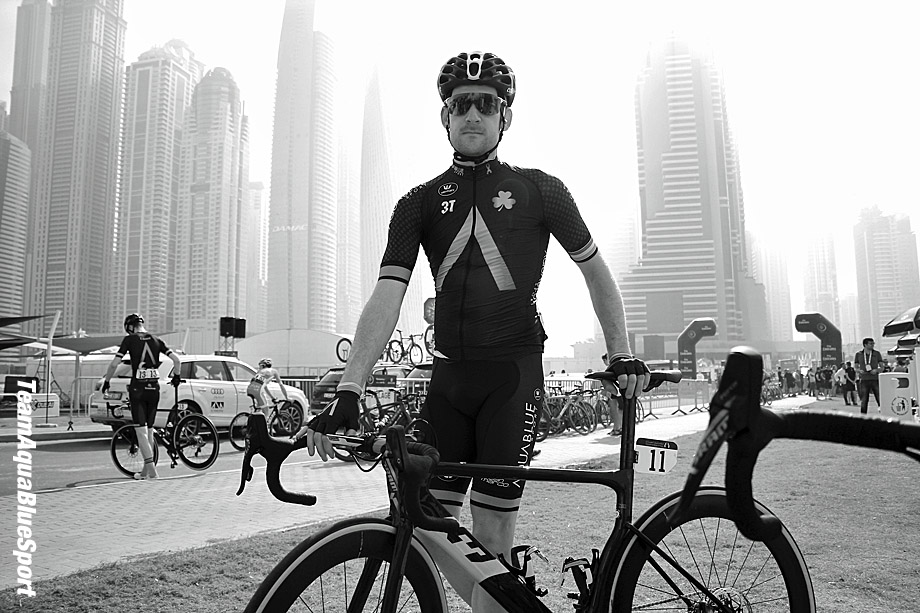 # PEZ wishes Matt every success in his new role – and we’ll still be pestering him at race starts. #