Rider Interview: From the cobbles of Flanders to the piste of Hong Kong and then back north for the Ardennes climbs – A crazy Spring campaign. But that is exactly how New Zealander Aaron Gate arrived at Liège-Bastogne-Liège and joined the escape of the day. Ed Hood spoke to Gate when he had a spare moment. 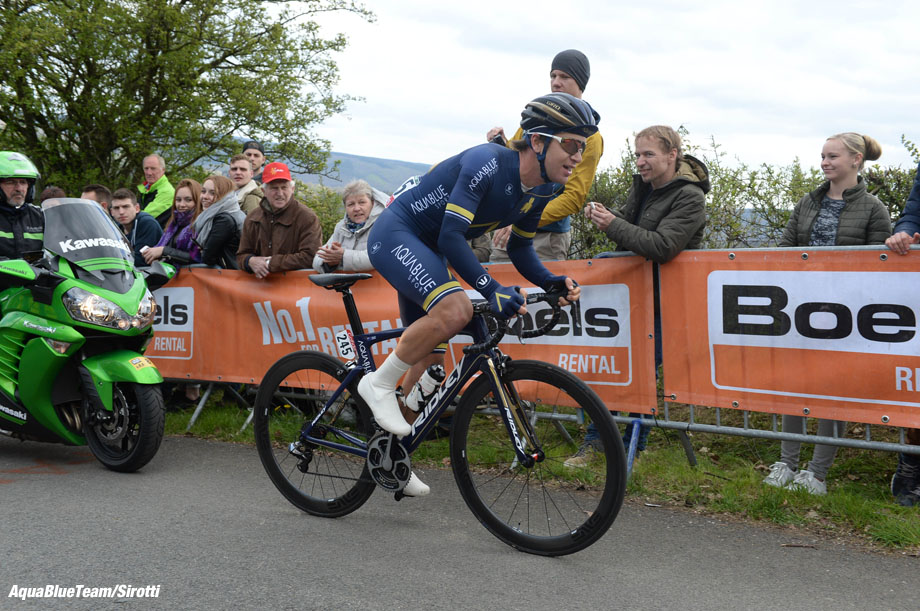 ‘Versatility’ how would you define that in a cyclist?

How about finishing second in the World Omnium Championship in Hong Kong then just days later being in the ‘break of the day’ in Liège-Bastogne-Liège – on the other side of the world. Yeah, we thought that was pretty versatile too. Kiwi Aaron Gate (Aqua Blue) achieved that very double, catching our eye in the process. Aaron’s name first appears on the radar as a member of the team pursuit team which won the novices competition in the 2006 New Zealand Championships. There was bronze at world junior level in the same discipline one year later. His name begins to crop up in World Cups in 2010 and 2011 as a member of the well respected New Zealand team pursuit squad – but 2011 also saw him sixth in the madness that is The Ras, over on the Emerald Isle. 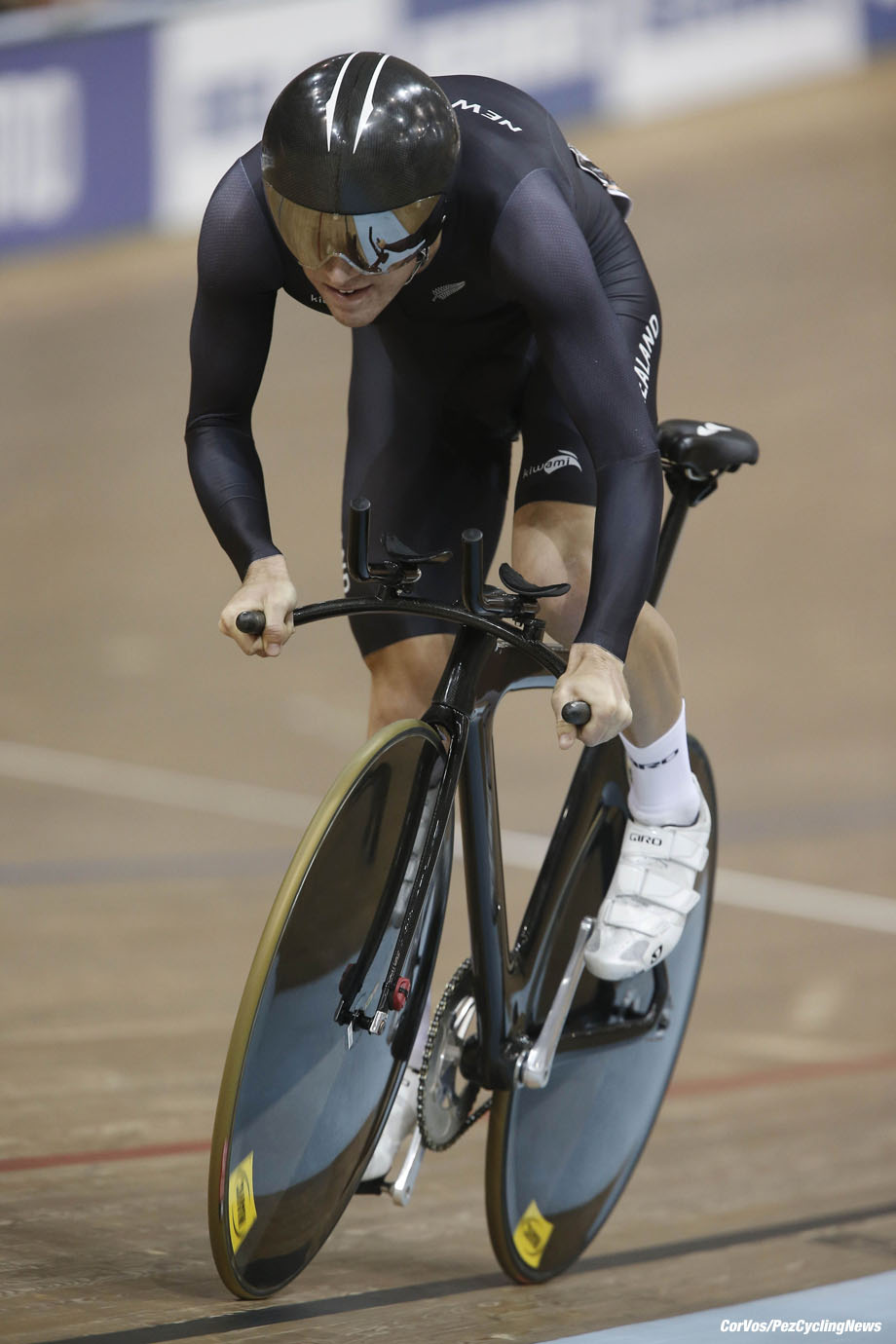 Olympic year 2012 saw bronze medals in the Worlds in the team pursuit and in London in the same discipline. A year later he was World Omnium Champion in the ‘old’ format with three timed events; he ruled his National Champs that year too – winning the pursuit, scratch, points and madison with Myron Simpson. In 2014 by now in the colors of AN Post – where he would ride for three seasons – there was another Worlds bronze in the team pursuit; and he was back at the Ras for 2015 with two stage wins. Last year saw another Ras stage go his way as well as an overall win in his home Tour of the Southland. We caught up with Aaron soon after his splendid days work on those heart breaking roads between Liège and Bastogne in the colors of his new Aqua Blue squadra.

PEZ: Congratulations on that breakaway effort and on your Worlds silver, Aaron – big changes in the omnium since your last medal in the event?
Aaron Gate: The changes suit me, those short timed efforts – the flying lap and kilometer cost me points; I have endurance from my road work but it’s hard to have endurance and pure speed.

PEZ: Let’s talk through the disciplines; you won the ‘Tempo race’ – how does that work?
It’s a strange race but I used to do it as a junior back in the track league days so when they included it in the Worlds I knew what to expect. You get one point on the line, every lap so you have to aggressive but not go into the red; 40 laps is too far to empty the tank early.

PEZ: Sixth in the scratch.
I was hoping for better, I’d banked on a sprint finish but I ended up in a group which took a lap – but just as we were about to make contact another group slipped away and I hadn’t really recovered for the final sprint. 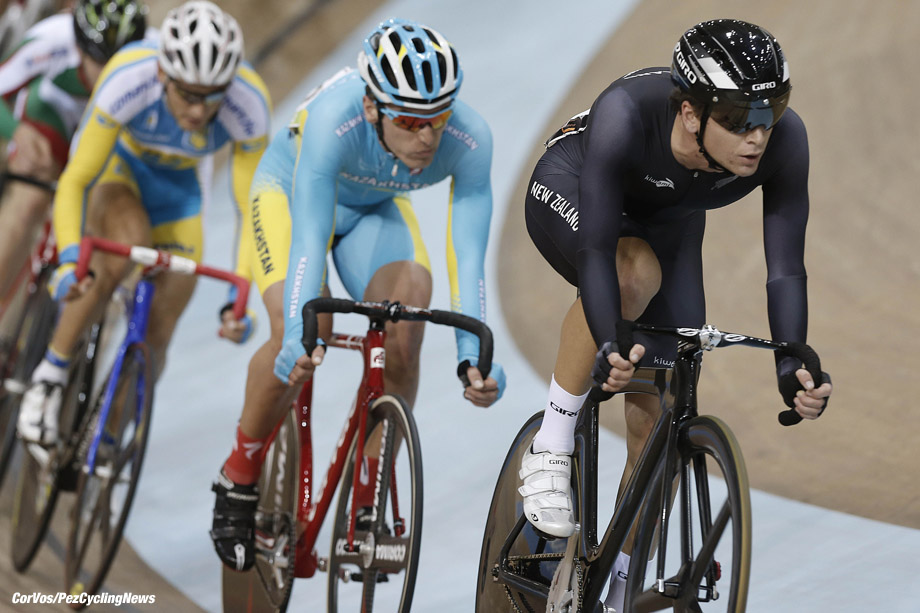 PEZ: The elimination and 10th spot.
That was really disappointing, that’s what cost me the title – I got squeezed out, maybe I was too complacent? Up until that event I’d felt safe in the bunch but in the elimination it just goes ballistic; the gloves are off and there are crashes – I had so many close shaves.

PEZ: How were the standings going into the final event, the points race?
I was fourth or fifth going in with 20 points to make up on the Spaniard, Torres so I knew I had to take a lap – but the Frenchman and eventual winner, Benjamin Thomas did a good job of marking my every move. He played it well; I had to drag him back to Torres on one occasion or lose my silver medal position – he was smart and fast in the final sprint. 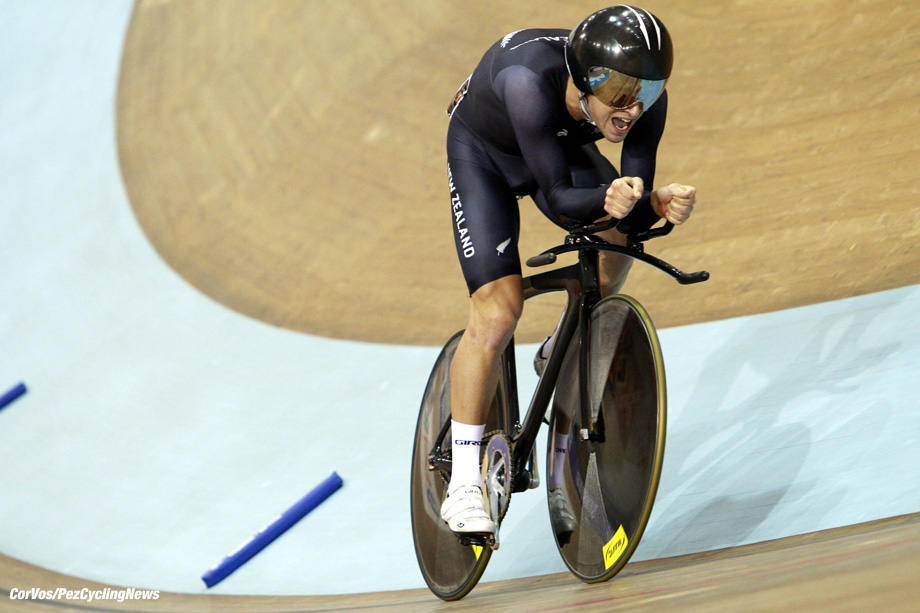 PEZ: You were just two points adrift at the death.
Yeah, it was so close – it was definitely my ride in the elimination which cost me the title. 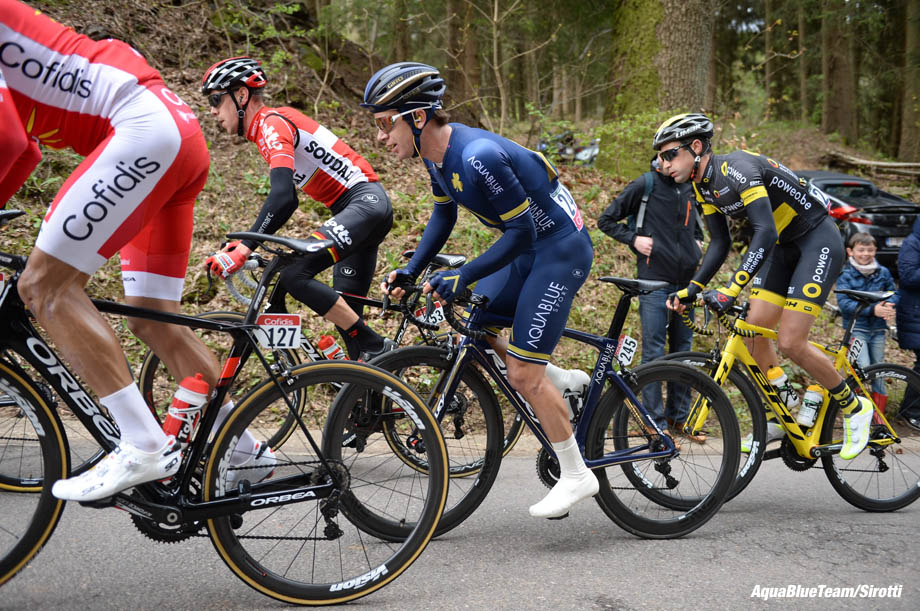 PEZ: You went straight from a Cobbled Classic campaign to the Track Worlds then straight back to the Ardennes Classics – not easy.
It was definitely a different sort of build up. I spent a bit of time on the track in Majorca, which helped; the high cadences I’m used to on the track certainly help over the cobbles – and the weather for the likes of The Three Days of De Panne was mild by Belgian standards. The time zones change thing was a bit of a shock to the system though; I went from Hong Kong and 30 degrees to the Flèche where it was seven degrees. But come Liège I felt better, quite fresh at the start, actually. 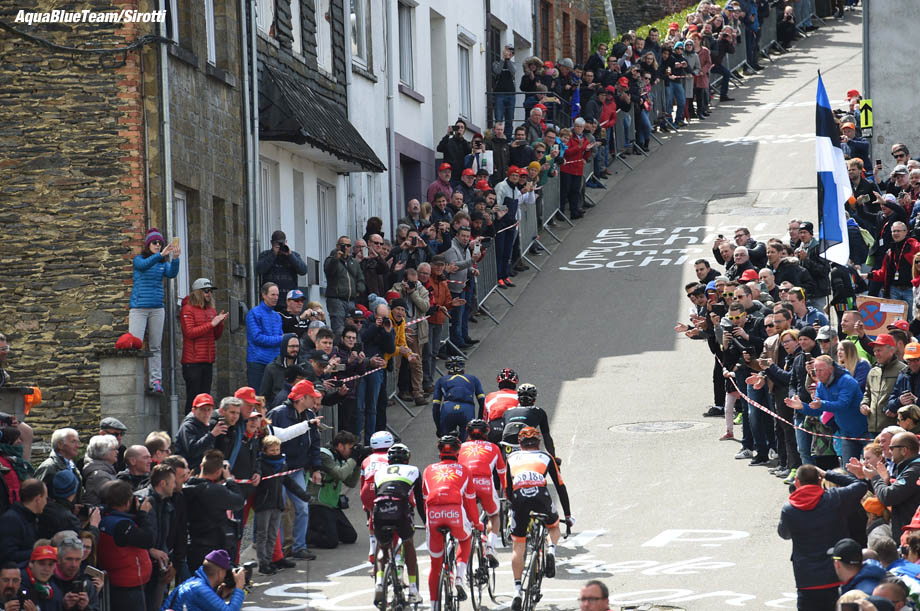 PEZ: How did the Aqua Blue ride come about?
I was with AN Post for three seasons; Aqua Blue’s roots are in Ireland too and they saw me win three Ras stages and the points jersey there, twice. I got the opportunity after Rio and it’s been great – an awesome program, good team mates, great support. 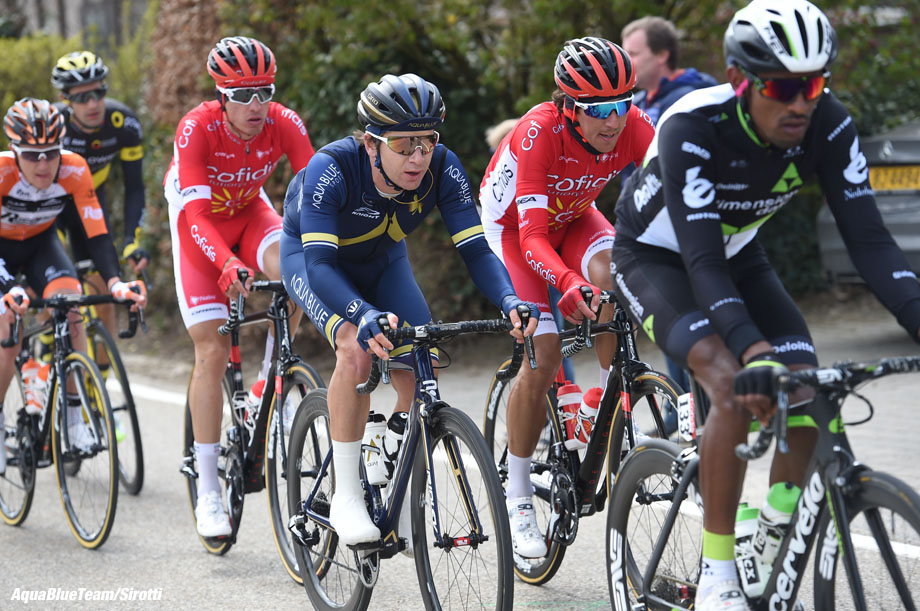 PEZ: Dwars door, Nokere, Handzame, De Panne – how was that group of races?
Good, exciting! I rode the cobbled races with AN Post; they’re always very tough with the cross winds – and often horizontal rain. The big thing is positioning, knowing where to be when the crucial sections come up – that’s why it’s great having guys like Adam Blythe on the team who’ve been there before and know how it goes. 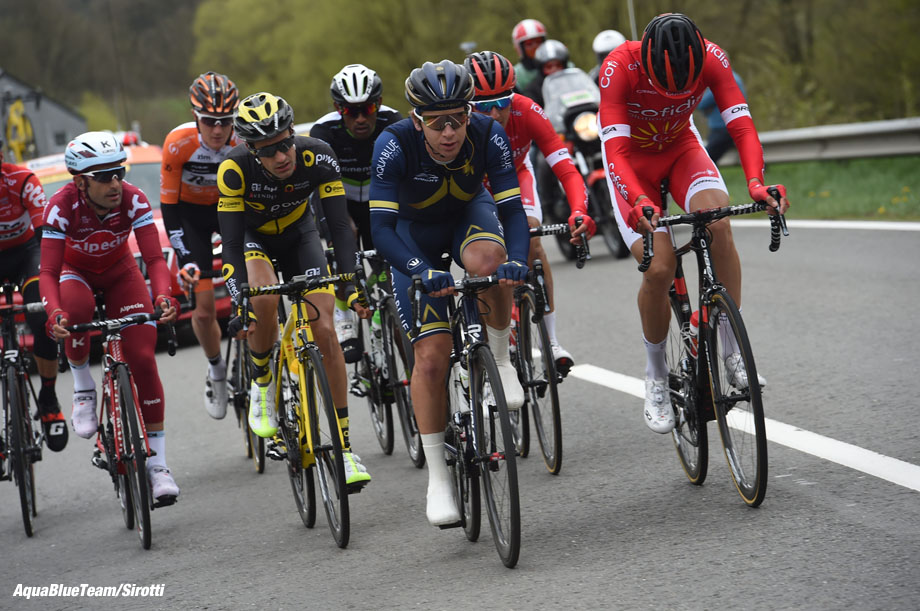 PEZ: Your ‘day out’ in Liège-Bastogne-Liège?
Awesome, a special race – even with 240 kilometers to go the crowds were already massive. But it’s a bit disconcerting to look at your computer with 130K on the clock and you’re only half way! It was a little bit too hilly for me with 1,000 meters more climbing than I’ve ever raced in a day before – and it was the longest distance I’ve raced in a day. My legs gave out on La Redoute, I was on the limit and just couldn’t go any further at that tempo. It’s all very well doing these climbs on a recon but a different story when you’re completely empty. It was very testing, there were groups coming past but I just didn’t have it to latch on. But it was great to have the team colors up front for so long – with classy guys like Valverde in there there’s no way we could think about a final result but it was good that Aqua Blue made our contribution to the race. 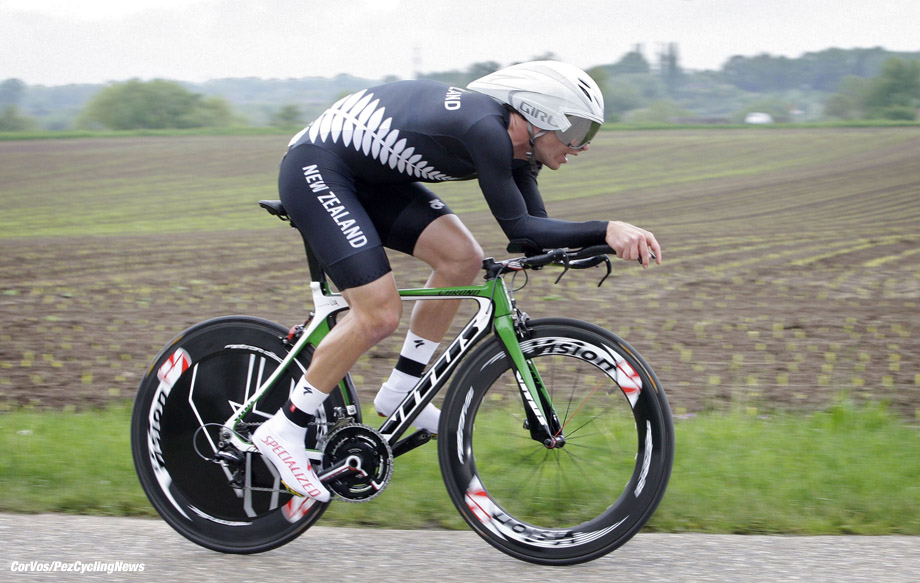 PEZ: Next up?
The Frankfurt World Tour race then the Dunkirk Four day.

PEZ: And the Commonwealth Games on the Gold Coast in Australia next year then Tokio 2020?
Yes, there are some things I’d like to settle on the track like Commonwealth and Olympic gold medals but mean time I’ll keep enjoying riding the road. 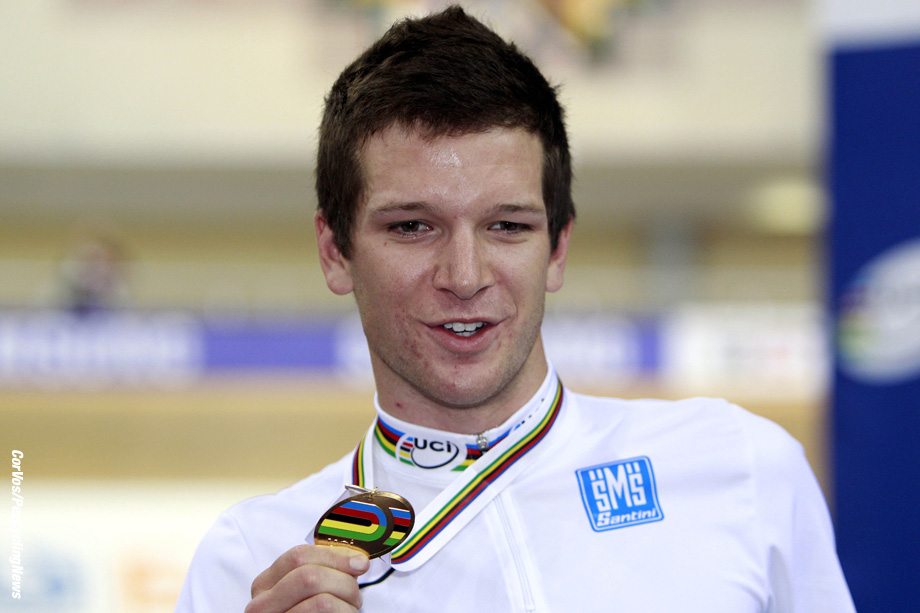