Alexey Lutsenko is the big hope for the future of Kazakh cycling. In 2012 he not only won the U23 World road champs, but racked up a good palmarès with the Astana Continental team. The next year he was a full Pro and riding his first Tour de France. We managed to catch-up with Alexey in Spain at the Astana training camp earlier this week.

PEZ: World champion, National champion and only 23, what next?
Alexey Lutsenko: Next year is 2016 and Olympic year, so of course it is my main aim and Kazakhstan’s main aim for next season. I have my races planned for the next season towards the Olympic games and the preparation for the Tour de France will be important for this build-up. 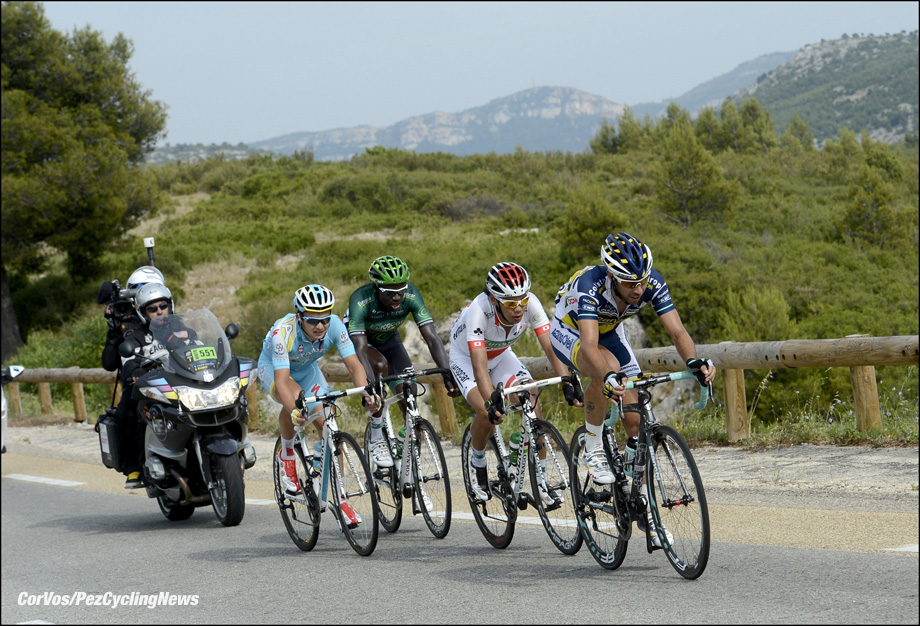 PEZ: So will you start the season later?
I will start in the Volta ao Algarve.

PEZ: And your future, for the next ten years?
In the next ten years I’m going to try to go for the general classification in week long stage races, for example Paris-Nice, races like this and I have plans to win the GC.

PEZ: Would you be looking to the Grand Tours in the future?
If the legs are okay, sure, why not. If you look at the period of 10 years; I want to take part in different races, the Ardennes Classics and the Tour of Flanders. 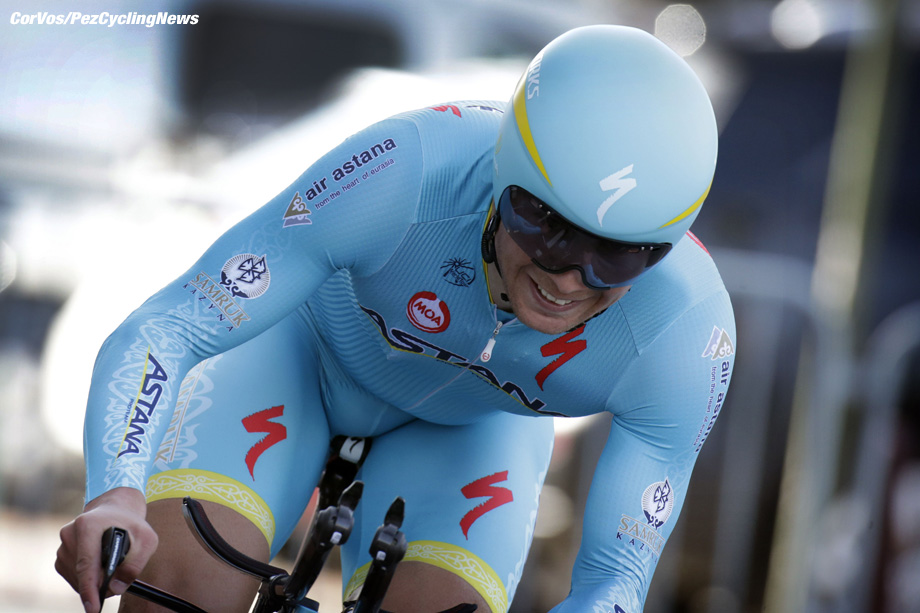 Alexey can do a good TT

PEZ: As you are Kazakhstan National time trial champion, would you describe yourself as a time trial specialist?
No, I think I’m an allrounder, I don’t have just one speciality. So, for example, if I am in good condition, I can ride in the mountains and I can sprint, like in the World championships it was a sprint. Also I can do a good time trial if I’m in good shape. 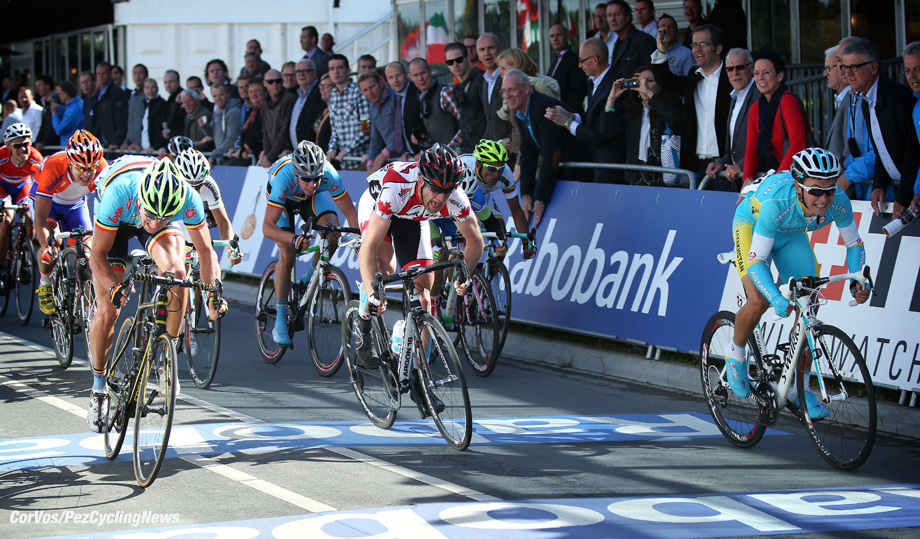 PEZ: How did you feel in last years Vuelta and how did it compare to riding the Tour de l’Avenir?
Of course we can’t compare l’Avenir and the Vuelta because they are a different class of race. For sure la Vuelta is a hard race and while I was racing in it I felt better and better every day. Also I was second on one of the mountain stages (stage 9 to Valdelinares). So I liked it, but it is a high level race. 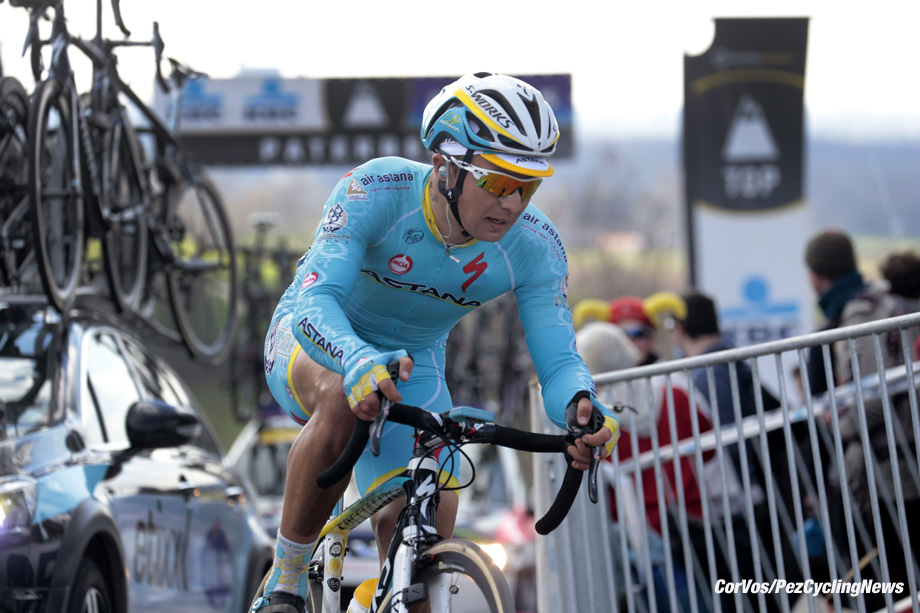 PEZ: Who was your hero when you were young?
For sure it was Alexander Vinokourov, when I was young I saw many of his posters and his photos were everywhere with Alexander raising his arms in the air. Not only for Kazakhstan riders, but also for foreign riders he was an example how you should ride.

PEZ: What about other riders?
I also like Alejandro Valverde, over 15 years he has stability, he could win at a high level during all that time. Sagan and Matthews are similar also, they can sprint or climb and they also have stability.

PEZ: And Vincenzo?
Vincenzo is a grand cyclist, he is very calm, he has achieved a lot, he’s won three Grand Tours. He has encouraged us a lot, the Kazakhstan riders all look to him and wish to follow him. 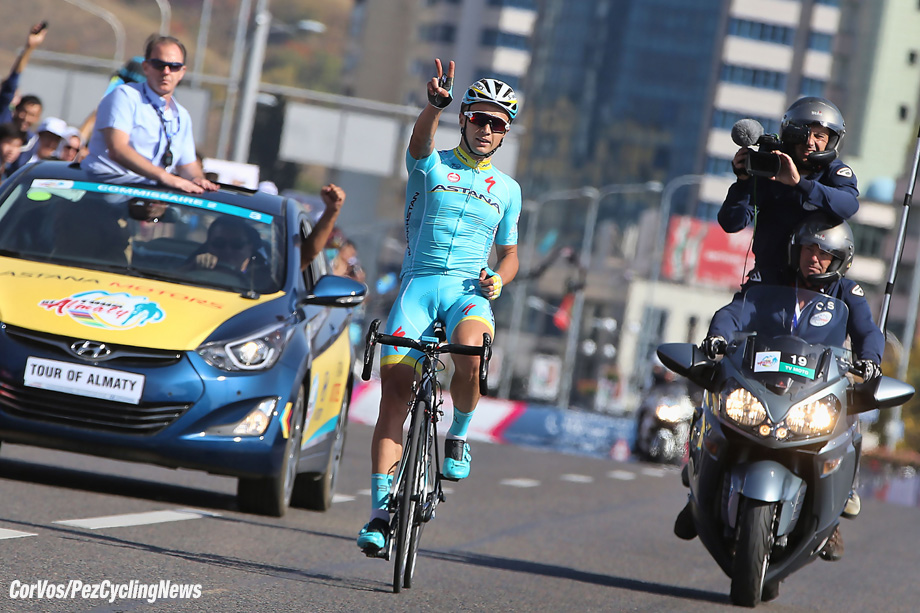 PEZ: How did you get interested in cycling?
My first trainer, Viktor Ivanovic Potapov, came to my school looking for small guys who had the ability to ride. He found me and took him to the sports cycling school and he started to work with him.

PEZ: Was it always cycling?
No, I did karate for 4 years.

PEZ: Do you live by the power meter numbers?
No, not only to the numbers. My trainer gives me a training plan, it might be 5 hours one day, but if I feel a bit tired and don’t have enough strength, I keep calm and go by my feelings. Alexander says the same, if you feel this way you should ride less. 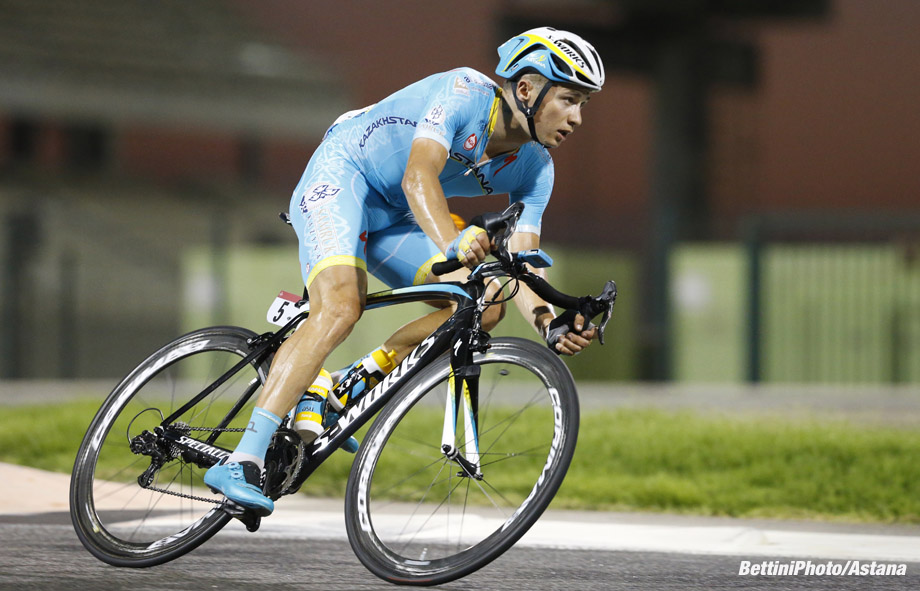 On the attack in Abu Dhabi

PEZ: How big is cycling in Kazakhstan?
At the end of the 90’s when Alexander, Kivilev and other Kazakh riders started to show big results, the interest in cycling in Kazakhstan was growing. Now there are many clubs in the main cities and also young riders. It’s developing every year. We used to only have two Kazakhstan riders in the professional peloton, but now you find many more.

PEZ: And for the young guys?
Yes, we not only have the Astana team but also two men’s Continental teams: Vino 4-ever and Astana City and also the woman’s team. So now the development of cycling in Kazakhstan is very big.

PEZ: What do you think of disk brakes?
I think that they are unsafe. For example, in Belgium races where the roads are very, very narrow and there are a lot of riders and they are using the brakes very often and it’s very dangerous because the brakes work very quickly, they stop you immediately and that is dangerous for the riders.

Thanks to Geoffrey Pizzorni of the Astana team for setting up the interview and Elena Ryabovol for translating. 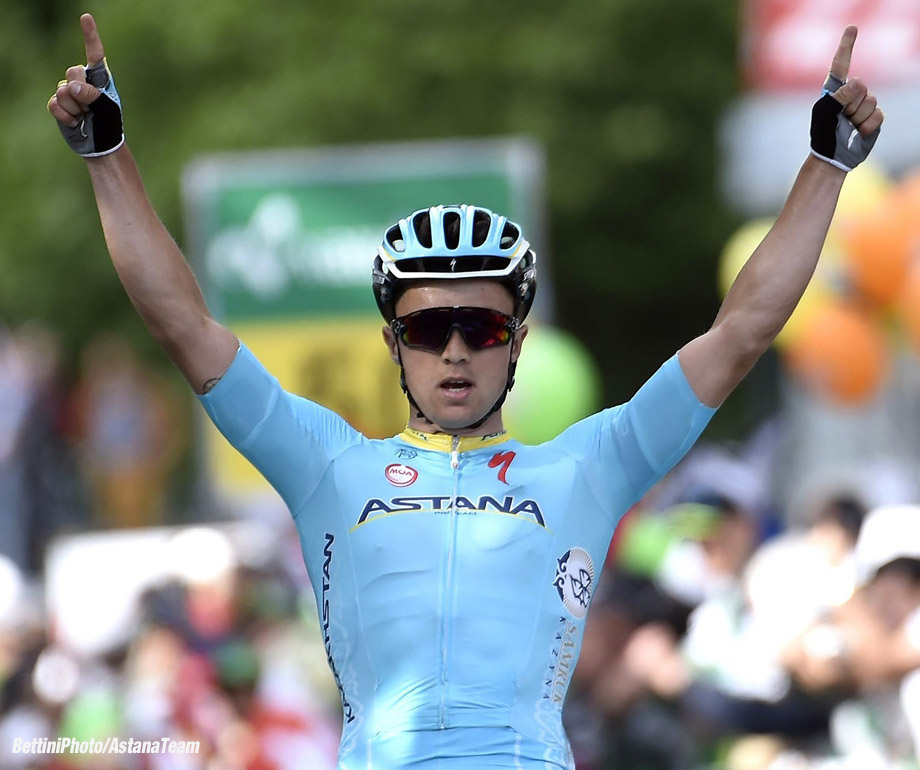